10 Popular Artists Who Are Considered Jerks 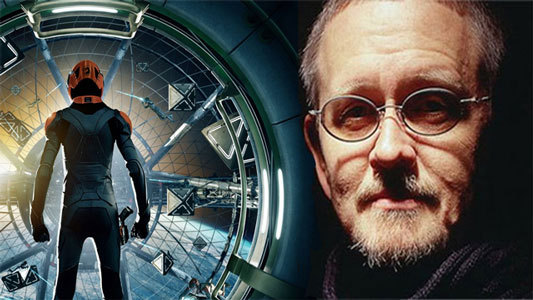 The release of the film adaptation of Ender’s Game has placed Orson Scott Card, the original novel’s author, under increased scrutiny.

Whereas for decades Card was allowed the relative obscurity of being famous only among readers of science fiction literature, the blockbuster media blitz for his most famous work has brought his personal views into an unwanted – at least for the film’s stars and other producers – spotlight. Card’s comments on homosexuality, among them that it is a mental illness and that he would “act to destroy any government which permitted same-sex marriage,” led Geeks Out, a community of LGBT geeks, to call for a boycott of his film. It’s not because the book/film itself is homophobic but because the author is. Geeks Out argues that it’s wrong to reward such a person with the millions he could potentially earn as a producer of the movie.

Then, just when the ire over his stance on gay marriage seemed to be simmering down, Card wrote a blog post last May in which he basically compares Obama to Hitler.

Meanwhile, star Harrison Ford, director Gavin Hill and distributor Lionsgate have tried to cover for Card’s comments, and even the author himself has attempted to place distance between by stating that the Supreme Court decision on the Defense of Marriage Act and California’s Proposition 8 render the entire topic moot. Still, he has not retracted the statements nor the point of view, so the boycott remains.

Personally, I love Ender’s Game (even more its sequel Speaker of the Dead and its parallel novel Ender’s Shadow) and have wondered for years why it hasn’t been adapted to film. I want to see the film, but I also don’t want to financially support someone who has expounded such viciousness. This is the same tricky balance I’ve kept for years, participating in boycotts of sponsors of personalities whom I find irresponsible and offensive, while arguing they have a right to say what they please, just as I have a right to ignore them, and expounding on the need to separate an artist from their art; that who the artist is as a person makes no difference in the quality of their work.

If a book, film, song, painting, etc. is good, then it should not matter who made it. It’s a different case when the work itself, independent of the artist, is racist or homophobic or sexist or whatnot, but when the work, independent of the artist, is not, it feels wrong to discount it. As much as I disagree with Card’s views, Ender’s Game remains a brilliant book, and I will probably see the movie.

Card is of course not alone in presenting this rift, and the recent controversy over him got me thinking about other artists who are perceived to be unpleasant, distasteful or reprehensible by a large portion of the public and yet whose art has or does receive a lot of praise. And so in this vein I present ten artists, in no particular order, who fit this profile (some of them come from personal opinion, some of them are simply pulled  from popular perception).

Now, as we go through this list let’s keep in mind that everyone has different ideas of what constitute “bad” people and “good” art, and that there are surely many other artists out there who may belong on this list. These are just the ones who came to mind first, and I’d be happy to hear readers’ additions (or arguments against my selections) in the Comments section.

I’ve already discussed Card so moving on to next one…

Most recently, Kanye West has been making much of the media landscape focus on his favorite subject: himself. Even when it’s supposedly not about just him, as in his public marriage proposal to Kim Kardashian, it really is. The entire world has come to know him now as a petulant narcissist but millions still fawn over every new song he produces almost half as much as he fawns over it himself. The fact is the man does make entertaining art, but his long string of controversial incidents (like the one reported in the video below in which he retracts his old apology over the Taylor Swift incident at the 2009 VMA Awards) have fostered a very ambivalent relationship, to say the least, with the press and public.

Although I personally despise Quentin Tarantino’s movies even more than his personality, there is inarguably a huge audience of filmgoers eager to drop their money on anything with his name on it. He certainly has a large following both among critics and average moviegoers alike. On the other hand, he is widely regarded, even by some fans of his work, as childish, temperamental and violent, as evident in his well-publicized assaults against producer Don Murphy and a paparazzi cameraman. For a good example of QT at his obnoxious best, check out this infamous interview with Channel 4’s Krishnan Guru-Murthy, particularly where Tarantino starts getting worked up at the 4:30 mark.

In one of the more disgusting cases on this list, Roman Polanski became a fugitive and fled the U.S. in 1978 after sedating and raping 13-year-old Samantha Geimer (who recently published a book about the experience) in Jack Nicholson’s home. As an artist, however, he has made some remarkable films including one of the most celebrated films in cinematic history, Chinatown. And despite being a fugitive, he has continued to make films throughout the 36 years since his crime – some of them, like Carnage and The Pianist (for which he won an Academy Award in 2002), very good ones – and he’s never stopped attracting respectable stars to appear in his critically acclaimed films. 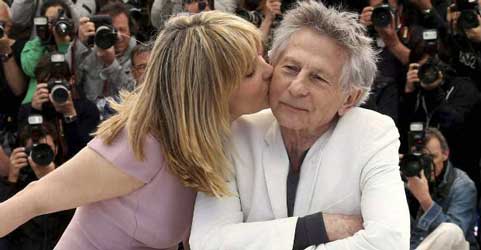 Going farther back in history we have Ernest Hemingway, whose work (again, like Tarantino) I personally find uninteresting and misogynistic but who is widely considered at once one of the greatest writers and most unpleasant people in American literature. Hemingway’s son, Gregory, once wrote in a letter to his father: “When it’s all added up, papa, it will be: he wrote a few good stories, had a novel and fresh approach to reality and he destroyed five persons — Hadley, Pauline, Marty, Patrick and possibly myself. Which do you think is the most important, your self-centered s**t, the stories or the people?” 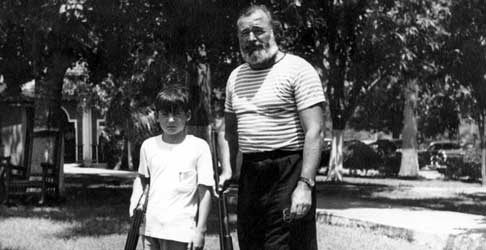 Centuries before Hemingway we find Renaissance painter and sculptor Michelangelo, who by all accounts was an arrogant, unfriendly, generally anti-social person and who incorrigibly fought with clients, popes and fellow artists alike. He had ongoing rivalries with Raphael and Leonardo Di Vinci and had such a low opinion of painting that he’d probably punch me for calling him a “painter” before “sculptor.” But he is universally seen as one of the most important figures in all of Western art, and the Sistine Chapel is perhaps the most amazing thing I have ever personally beheld (though if he were alive today he’d likely scoff at that statement).  Besides, he’s every kid’s favorite ninja turtle. 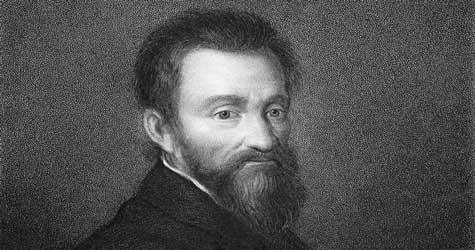 Axl Rose stirred up controversy again last year when he withdrew his induction into the Rock and Roll Hall of Fame as a member of Guns N’ Roses (the other former members accepted). Some might say that this is further evidence that the once potentially great rocker is far-gone or no longer relevant. Indeed, the years of being an obnoxious, angry little despot seemed to finally catch up to Rose when Chinese Democracy was met with a disappointing reception. It received some fairly positive reviews but sales were sluggish and completely failed to launch Guns N’ Roses comeback. Still, Rose did provide his formerly-magnificent vocals to what is widely considered one of the greatest rock albums ever, Appetite For Destruction.

Mel Gibson, who has not only had a long and successful acting career but has made some interesting films as a director, has been on a notable backslide ever since the disclosure of his various anti-semitic rants and run-ins with the law. His disturbing behavior reached an apex last year when screenwriter Joe Eszterhas released a recording of the director of Apocalypto in a frightening rage, screaming at Eszterhas at the top of his lungs. In a very recent interview with The Guardian, Eszterhas reiterated his belief that Gibson is in serious need of intervention: “Mel truly needs help. Something is very wrong. Unless something is done, unless someone intervenes, terrible things are going to happen, either to Mel or the people around him.”

Frank Miller will always be remembered as the man responsible for The Dark Knight Returns, Batman: Year One, Sin City, and one of the best runs on Daredevil. In short, he’s one of the most influential artists in comics ever. (And I’m still eager to see Sin City 2). But in recent years, his descent from casual misogyny and homophobia to bats**t crazy paranoia of the entire Islamic world and outright hatred of the Occupy Movement (calling the activists “a pack of louts, thieves and rapists”) timed so perfectly with his slide into sloppy, misguided, “naked propaganda” that it was easy to completely dismiss everything he wrote as the ramblings of a cranking old loon who had finally succumbed to the insanity we all kinda suspected was there for years. Hell, even notorious curmudgeon Alan Moore has implied Miller as bordering on sociopathic. Alan. Moore. 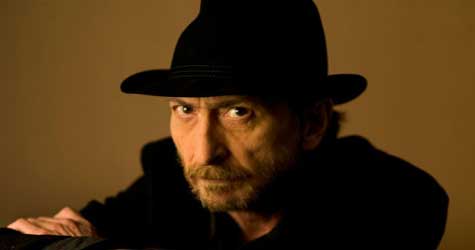 Perhaps the most disturbing case of this group is Varg Vikernes of the one-man music project Burzum. Vikernes, a self-admitted racist and neo-Nazi (though he has since preferred to be associated with “Odalism” over neo-Nazism) was arrested in 1993 for the murder of fellow black metal musician Euronymous as well as the arsons of numerous churches in Norway. At the time of arrest, the police found 3,000 rounds of ammunition and 150 kg of explosives in his home. He was sentenced to 21 years in prison and served 15 but was again arrested in July of this year under suspicions of plotting a terrorist attack. But the fact that his albums have and continued to receive very strong reviews (and that Vikernes is able to maintain a thriving musical career) is a testament to the public’s willingness to separate his art from him – or perhaps that his audience is largely composed of people who share his ideology. 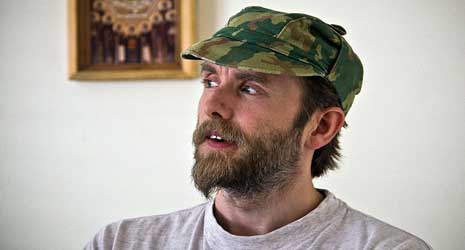 I’ll end this post with where I began, with Orson Scott Card.

Despite Card’s best attempts to alienate a portion of his audience, I’m sure Ender’s Game will still make plenty of money, including several millions directly into his possibly racist, definitely homophobic pockets. But it isn’t a reward for his attitude, it’s a reward for his craft. This is a good thing. It means that we as an audience, as a culture, can overlook an individual’s flaws, however severe, and say we like the product for what it is and don’t hate it for who made it. It says that no matter the person’s gender, race, age, religion, politics, shoe size, whatever, if they make good art, we will accept them.

There are still those who will see/refuse to see a movie or purchase an album or book because they agree/disagree with the artist’s beliefs or are/aren’t the artist’s gender or race. It’s their right to do so, just as it’s my right to ignore them, or in the case of Geeks Out  commend them but respectfully decline, and enjoy the work regardless of anything other than the work itself. Besides, it’s as impossible to please everyone as a person as it is to please everyone as an artist. This ability to separate art from artist shows us to be tolerant. That’s what we should reward.