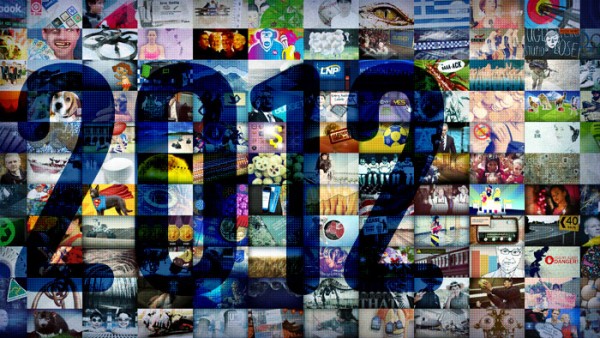 Every year, as we approach its end, many of the bigger news media outlets typically have retrospective reviews of news highlights from the year with titles like “2012: A Year to Remember” (or something of that sort).

Usually, as reported by the bigger news entities, a significant portion of these reviews are inevitably negative: natural disasters, accidents, shootings, scandals and what not.   If you follow the news regularly, then you already know about most of these events.  Do you really need to hear or read about them again?

If it’s not negative news, it’s arguably trifle news.  In Yahoo!’s 2012 Year in Review, the “Top 10 Obsessions of 2012,” as ranked by search volume, include iPhone 5, the lottery,  50 Shades of Grey, the boy band One Direction and Gangnam Style.

Don’t get me wrong, I love pop culture and my own blog is, after all, partly about it, but I hope I may be excused if I don’t find our Top 10 Obsessions particularly inspiring.

Granted, the purpose of news is to inform, not to inspire.  But is this all that’s really going on out there?  Certainly not.  In our fixation with spectacle, we constantly miss out on all the wonderful and amazing things happening out there that slip under the radar of mainstream news.

May I therefore humbly suggest you join me in an alternative review of 2012?  Let’s look at some of the good stuff that happened, good and important things that, not only famous people, but regular people like you and me did. They are our real-life superheroes, with or without costume.

I’ll introduce a number of websites whose focus is on providing positive news  both big and small.  And, for each site, I’ll cite a few stories that personally touched me (though if you browse through the sites yourself you’ll find many others to touch you as well). 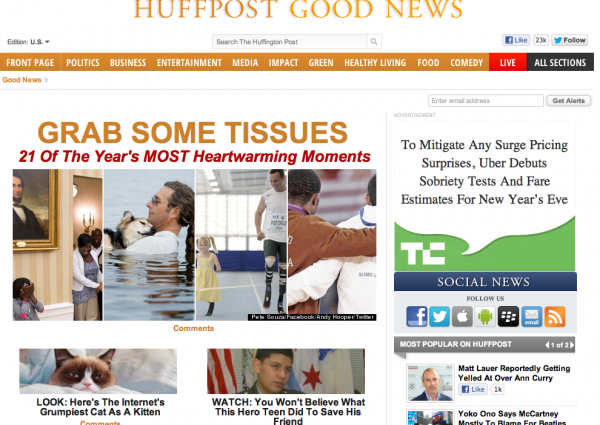 The Huffington Post has a section called “Good News,” and it’s just that: good news.  The best thing about it, other than the good news itself, is the way the posts are organized.  They’re categorized by self-exlanatory headings like “Feel Good,” “Do Good,” and “Awww.”  Little markers tell you which social network the story is hot on at the moment, and most of the posts are very short, quick reads allowing for instant mood pick-me-ups to counter the effects of the more depressing news stories.

The Most Inspiring Stories of the Year

Cops Volunteer to Give Newton Police Day Off on Xmas 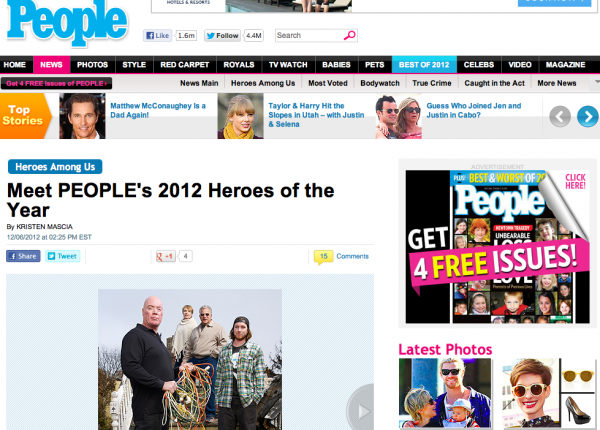 People magazine, with its devotional attention to celebrity news and gossip, may be borderline tabloid but they do devote an entire section of their website to stories of people doing good called Heroes Among Us, thus recognizing people’s need to feel better about their world as well as obsess about celebrities’ lives.

Woman Quits Job to Grow Organic Produce for the Hungry 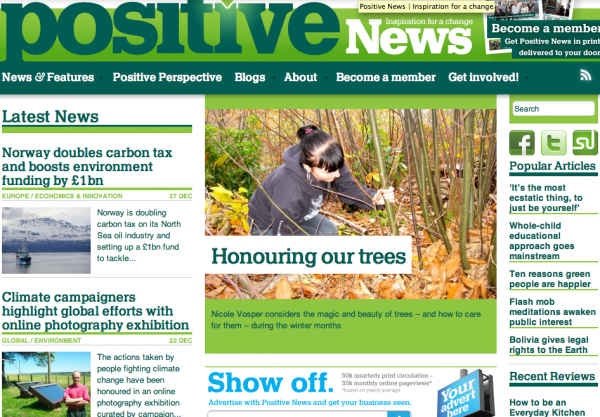 PositiveNews.org reports positive news which generally tends to be of a larger social and political scale.  It’s somewhat also more heavy in UK or European news which is understandable given that the organization is based in the UK.

UK to Halve Carbon Emissions by 2025 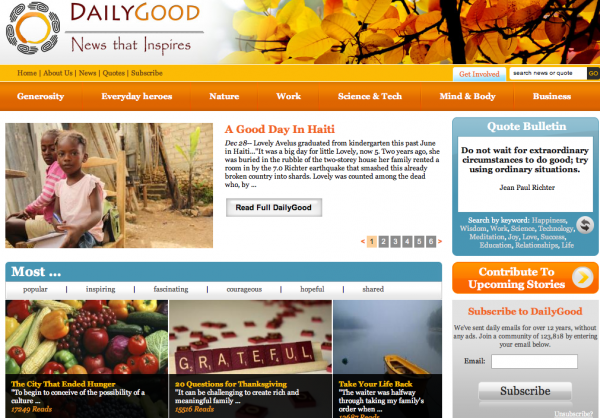 DailyGood.org provides news stories collected from other sources together with practical, how-to type articles geared towards self-help.   What I like about this site is that they provide capsule summaries of the articles and a link where, if you’re interested, you can read the full story at its original source.

The Poorest & Most Generous President in the World

The Burrito Man Who Changed Lives 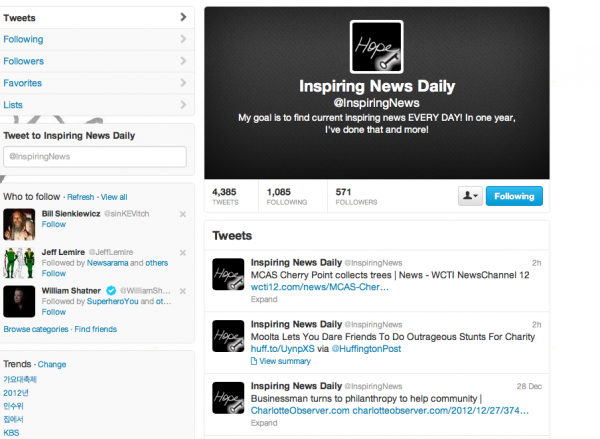 The last site is actually not a site but a Twitter page whose stated goal is to scope the Web to find inspiring news every single day.  And that it does, often from some of the same sites mentioned above. The following are some stories I found while receiving this Twitter user’s frequent updates.

7 of the Season’s Most Incredible Stories of Generosity

Grandmother in Need Teachers Her Girls the Value of Giving 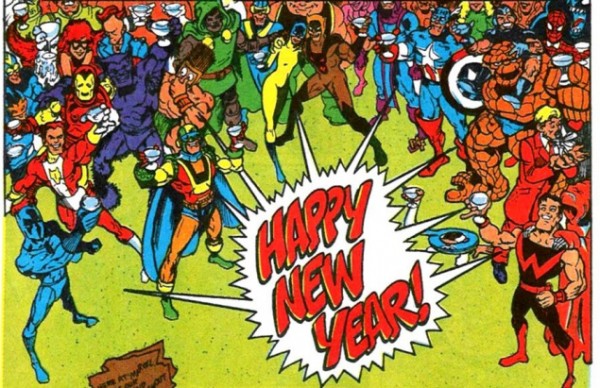