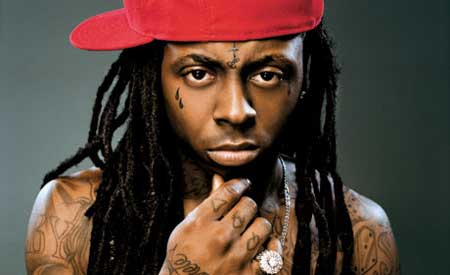 Call me a hipster. Call me a snob. But sometimes the attention and accolades that mainstream, popular hip-hop gets amazes me.

First, you got Lil Wayne who once held the self-proclaimed title of “Best Rapper Alive.”

Then you got Kanye West who declares himself a “creative genius.”

And then you got Drake who plays words like strings, but I agree with critics who call him shallow – indeed, he’s as shallow as a high school student.

Now, I’m not here to say any of these guys suck so read on before you flame me. For their brand of rap, what they grew up listening to, what they respect and love to do, they’re great. I can’t imagine having such talent. I mean, honestly, what sort of bonkers-nuts brain does it take to play putty with words like this?

If you’re an aspiring wordsmith, just try and reach such fluency. It’s astounding.

But they’re not the only ones.

My only problem with Tunechi, Yeezy and Drizzy is that they lack perspective. A lot of popular rappers do. They’re so caught up in their own machines they’re not conscious of what’s outside them. I can assure you, if they listened more to the following artists (and whole genres of artists like them), then words like “the best” and “genius” would pop up less often. If Lil Wayne is at the top, then the summit’s flatter than we figured – a little more crowded, too. And I swear the guys I mention below must float above it.

I will not argue for the following artists. I don’t need to: they speak for themselves. But I defy any person who considers himself a hip-hop aficionado – or any fan of rhythm, music and lyrics – to listen to the albums mentioned below and then say they don’t contain the same levels – if not more – of complexity, depth and creativity as the work of the artists mentioned above.

Nujabes was a Japanese hip-hop producer and DJ. His death in an auto accident in 2010 was a loss of one of the most unique and individual sounds in the entire genre. He made a name for himself fusing chill, yet energetic beats with mellow jazz samples, what produced an atmospheric sound both electronic and familiar. Fans of the anime series Samurai Champloo will recognize him. Nujabes was a consistent contributor to the series’ soundtrack.

Atmosphere is a duo consisting of rapper Slug and DJ Ant, from Minnesota. Slug’s facility with analogy, symbolism and metaphor is reminiscent of John Keats, and his courage to tackle heavy, sometimes dark material reflects a maturity not heard on mainstream channels.

Specifics is a tragically unknown group out of Montreal, consisting of producer Think Twice, MC Golden Boy, and DJ Goser. The three have been at it since 2000, when they met in college. Since then, Think Twice and Goser have consistently created the most expressive, soulful sounds to back Golden Boy’s phenomenal ability with words.

J-Dilla produced Donuts on his deathbed – literally. He came up from the underground scene in Detroit, and though few people recognize his name, he’s considered by some to be one of the most influential personalities in modern hip-hop. He worked with Busta Rhymes, Madlib, A Tribe Called Quest, Common, MF Doom and many others. Adult Swim used much of his music for commercial bumps. By the time Moschcowitz Syndrome claimed him in 2006, he had established himself as a titanic talent and singular voice, wielding old soul, jazz piano, and a unique command of rhythm. He died on February 10, 2006, three days after his 32nd birthday, when Donuts was released. A whole genre of tribute music and dedications has since come into its own.

Again, Lil Wayne, Kanye, Drake and the rest of the black car, molly-poppin’ crew are greatly talented people. They deserve the success they’ve achieved. I can’t deny their merit, and I can’t deny their stuff is what’s trending right now so that’s where the money goes.

But money’s not credit. That Lil Wayne is the “best rapper alive” is a dirty conclusion. Kanye may be a genius, but he isn’t rare.

It’s the age-old, angst-ridden complaint that the jocks get all the girls. Why are they so popular? What makes them so special? It’s a shame some artists hog all the spotlight, because so many brilliant, talented artists are denied due credit. I know that happens in any creative field, but for this humble writer, there’s no disparity more annoying than the one splitting hip-hop.