5 reasons I prefer watching video games to playing them 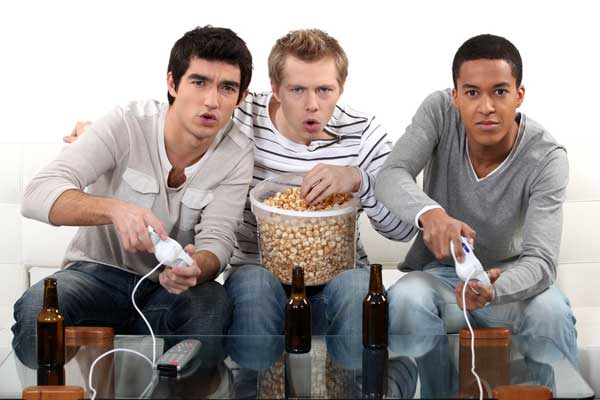 Mortal Kombat and Goldeneye 007 were my s**t as a kid. Turn on Bond, put me in Facility, and I can still grenade your ass back to hell. If I wasn’t in school, there was no question what I was doing: Video games were my main form of entertainment.

I considered myself a gamer until I finished Batman: Arkham Asylum. It’s a mystery still as to why but after taking down the roid-raging monster Joker, it was impossible to play all the way through another game, even Arkham City. I’m not saying I “grew out” of them. If you want to discuss the themes in Mass Effect or World of Warcraft, you have my interest. But don’t ask me to play them. I’ve tried and tried again but… nope.

I still get a fix watching others play games, though, almost to the point of saying that I love “watching video games” the way I love watching movies.

Here are the reasons why:

1. Playing Takes Too Much Effort 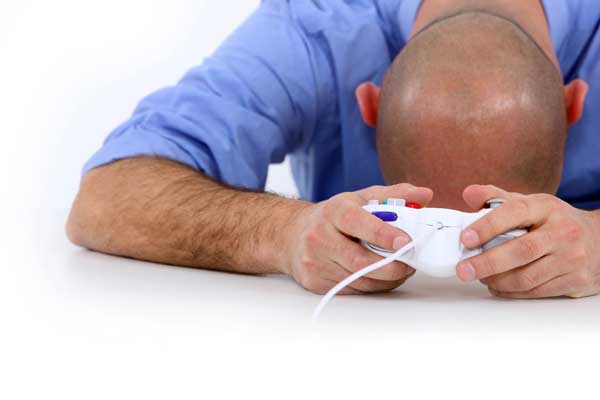 I know the expression “playing takes too much effort” sounds crazy but bear with me.

As I mentioned, after finishing Arkham Asylum I found that I was no longer willing, for some reason, to put in the effort of playing a lot of the newer, more complex games. It takes a lot of time and practice to master controls and hone the hand-eye coordination. RPGs have a lot of rules and skill trees to learn and manipulate. Doing so doesn’t interest me anymore because my main thing now is learning how to become a better writer.  And I’ve found that watching games can stimulate my writing whereas playing them on a regular basis takes too much time away from it.

Also, it’s just impressive and fun to watch someone snipe from the other side of the map. I know what kind of practice goes into that, and seeing someone pull it off is exciting. I always enjoy watching a buddy finally nail a frontside noseslide or land a vicious combo. It’s frustrating for a newbie to go head to head with those who have already put in the time which, of course, only adds to my unwillingness to invest the time/energy to get good at a new game.

2. I Just Want to Find Out What Happens

The stories in many games are as gripping and enthralling as those of great movies and TV shows. The Bioshock and Resident Evil series had me dying to know what would happen next. I was invested in the characters and cared for them as much as anyone from a novel. Some plot twists were right up there with The Usual Suspects. Some of the cutscenes in Metal Gear Solid are as well-done as any bit of John Woo. The Last of Us has been compared to Cormac McCarthy’s The Road, and for good reason. I can easily enjoy this aspect of games while viewing.

Also, since my main interest is the story, it’s too frustrating to play because when I get stuck in the game as I inevitably do, I can’t find out what happens next. Therefore I prefer to let others worry about solving puzzles and fighting off the infected. Me, I want to kick back, eat ramen, and focus on the story, the visuals and the music.

3. I Enjoy the Competitive Aspect

Electronic sports and competitive games in general have exploded in popularity. Tournaments such as World Cyber Games and the Evolution Championship Series draw live crowds by the thousands, and even more watch online. Winners receive hundreds of thousands of dollars. Jae Dong Lee, Johnathan Wendel, and many, many other professional players make their living playing full time. They’re the Kobes and LeBrons of the digital arena.

To me, it’s the exact same buzz as watching football or basketball (sports titles themselves, like Madden and NBA2K, are especially good to watch). We viewers get the same thrill watching a World of Warcraft or Marvel vs. Capcom battle as most do watching March Madness. My personal favorites are Mortal Kombat and Super Smash Bros. Just like with watching sports, a good round can leave me feeling pumped when a favored player wins or let down when he loses.

4. I Love the Social Interaction 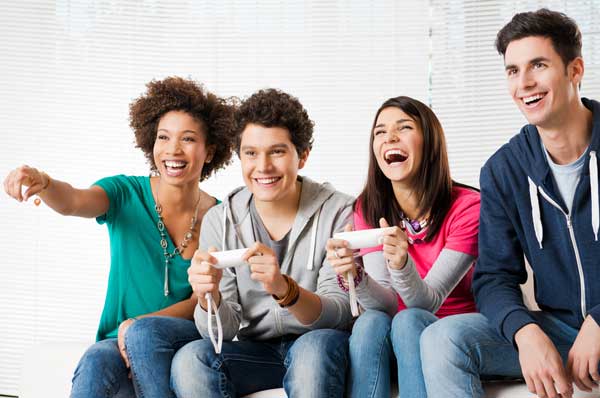 Aside from just how fun it is, another reason why I like to watch people playing games is for the knowledge and familiarity it gives me so I can still participate in discussions and enjoy the social bonding that the gaming world offers. Most of my fondest childhood memories involve sitting around and laughing with buddies while playing video games. It’s great to tap into that, and I don’t want to be left out.

Video games are as much a part of pop culture now as anything else, maybe even the biggest part. I like to keep up with the times and contribute to conversations. I want to know what the big upcoming releases are and why, and have my own opinions on them. I don’t ever want to “grow out” of video games.

5. I Get What I Need From Walkthrough and Playthrough Videos

Since what I really want most is to just participate in the social aspect of gaming, playthrough videos give me all the background info and knowledge I need to do that in a much shorter time frame.

YouTube has seen a surge of video game commentaries and walkthroughs. Channels like Happy Console Gamer, The Syndicate Project, and KSI Olajidebt have tens of thousands of subscribers. They’re hilarious and intelligent. I don’t need experience with the game to enjoy that. They know video games better than I (or a lot of people) ever will, and it’s always interesting to hear more educated perspectives. Many folks consider gameplay videos the best game reviews online.

Twitch and Justin.TV are gaming communities that offer vast libraries of playthroughs and commentaries uploaded by regular gamers. Videos run alongside chat rooms, bringing interactivity and debate to the mix. It might be these two sites and sites like them that support my argument more than anything. The average viewer spends an hour and a half a day on them. I watch quite a bit too, and personally I find that by the time I’m done watching them I just don’t have enough time left in the day to play. I need to do other stuff.

I’ll never be able to turn down a match of Mortal Kombat or Super Smash Brothers but, for the most part, these days I much prefer to watch. It’s relaxing, entertaining and interesting whereas playing often just makes me want to throw the controller at the screen.

I can’t help but wonder if I’m a part of a growing demographic, if there are more and more people out there who would rather let someone else play while they watch.