It’s almost like it’s becoming the defining ethos of online media and, increasingly, more and more sites feel pressured to resort to it in order to survive.

I’d be lying if I said I did not seriously consider using it from time to time, not because I like it but because I’m in a position where I need this site to succeed for various reasons and so I’ll do whatever it takes.  I have even, on a few occasions, experimented with various degrees of it (and by the way, that dog videos post we published did pretty well with no promotional efforts on my part so… I guess clickbait works).

In any event, this post isn’t intended to be an in-depth analysis or critique of this media trend. It’s just intended to be a simple list post that I banged out in a moment of annoyance while scrolling through my Facebook news feed today.

(Note: Some might include lists like this one to be a clickbait strategy but I have not included list posts on this list post because I happen to like a lot of them, first of all, and secondly because lists are not really clickbait in themselves. Rather, it’s the headlines, thumbnail images and specific content that serve as the bait.) 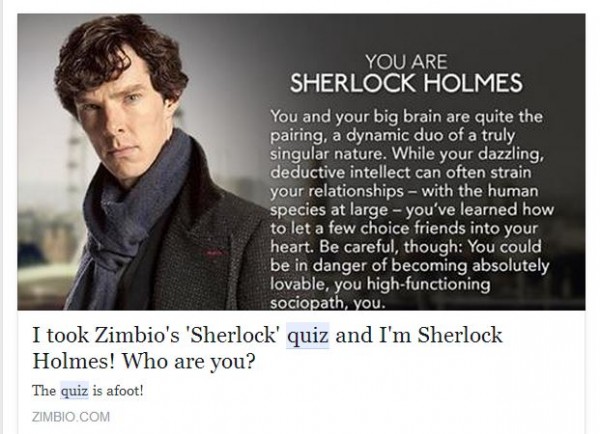 This ongoing trend is just one of the many instances in which I’ve been wrong.

Months ago, I predicted that the popularity of the personality quizzes first popularized by Zimbio and BuzzFeed would eventually run its course and die out. But so far it shows no signs of doing so. I’ll even admit that at one point I spent many hours trying to put one of these quizzes together, but then I felt cheap about doing so and I abandoned it (though I may yet end up using it).

This one isn’t annoying per se as it is just a wee bit puzzling (which is why I’ve listed it at #6 instead of farther down). I can definitely understand the initial fun and appeal of these quizzes and acknowledged them in one of my posts, but I figured people would eventually just get sick of them. Guess not… 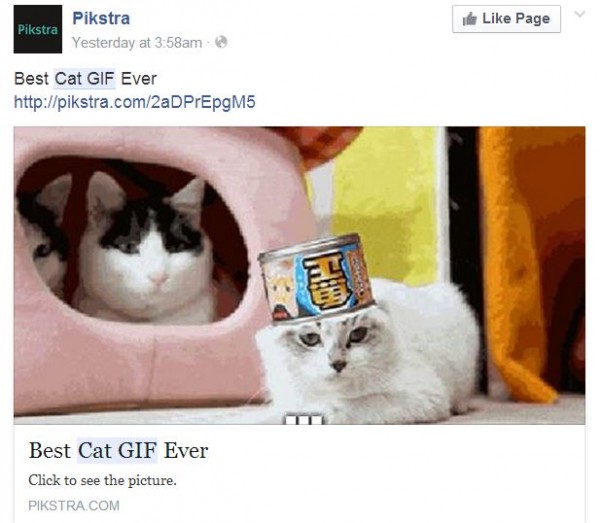 But I can only see so many of these memes, videos, and GIFs that show how cute, clever, or human-like our animal companions are before it starts to become overkill. I realize this remark may offend some people but I don’t mean to offend. Certainly, there’s nothing “wrong” with such posts.  I think just anything in overly abundant amounts starts to get tiresome. 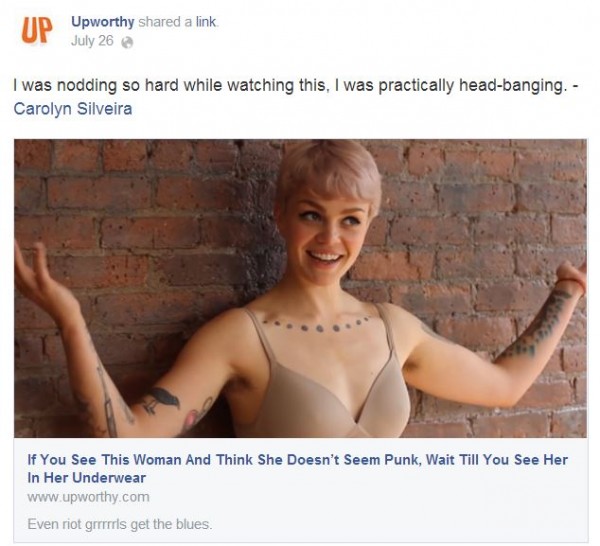 Everyone who uses social media regularly is familiar with these by now.

You won’t believe what happens next…

My jaw is on the floor…

Every human being on the planet needs to see this…

In other words, making every post sound like the most incredible thing ever. That’s the key trait of clickbait strategy #4.

Upworthy is perhaps the biggest offender but this tactic is also used to varying degrees by sites like BuzzFeed and the Huffington Post and even increasingly by respectable news outlets (understandably).  Nevertheless, Upworthy was the first to really pioneer and popularize this method to the point where imitator sites with similar names and tactics are cropping up everywhere: Shareworthy, Distractify,  Playbuzz, and many, many more.

Really, the only real problem with this one is that it has a desensitizing effect. If everything seeks to make your jaw drop, then what about those things that don’t purport to but are still important in some way? I don’t think a single thing on our website here, for instance, will make your jaw drop, but I still think it’s good, quality content that plays an important role. 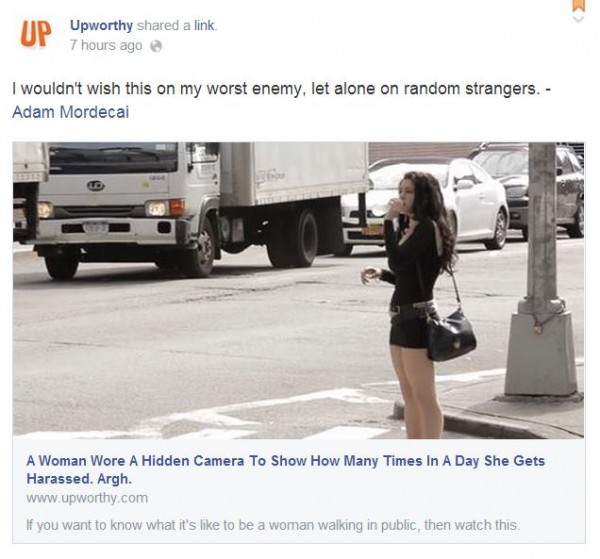 Upworthy is once again the king of this.

Don’t get me wrong. I think they do curate a lot of good, positively-oriented content. In fact, I have in the past defended some of their tactics as simply a realistic and business-savvy way of getting positive, uplifting material out there to the masses.

But not all of their content is positive and, moreover, the tactics they sometimes use are a bit insidious.

Controversy does get clicks and I understand that, but in my experience, what determines the popularity of the post is not so much the actual controversial nature of the content as the manner in which you present it. Some manners of presentation invite civil discussion; others invite comment wars.  Upworthy and its imitators often curate the kinds of content and present them in such a way as to instigate the most vicious possible comment wars. Namely, they intentionally push people’s predictable emotional buttons. They exploit the kind of cultural politics guaranteed to get people angry and fighting.

Look at the Upworthy share above, for instance, which I saw in my news feed today. The responses in the Comments section are obvious and predictable, with one side saying, “Well, look at what she’s wearing. How can she expect to not get at least a few catcalls on a crowded street?” and the other side saying, “Just because she wears something sexy doesn’t mean it’s okay to stare and make suggestive comments.” Only, many of the comments are worded in a more confrontational way. Of course, neither side can calm down enough to really listen to the other.  It’s unproductive argument instigation and Upworthy is too smart not to be doing this knowingly and intentionally.

I’m not saying such content isn’t important. It is. But Upworthy is successful enough and have enough money now not to have to go about it in such a way anymore. If they really cared about progressive cultural politics, they could go about encouraging discussion in a less inflammatory way.

2. Articles With Misleading Thumbnails and Headlines 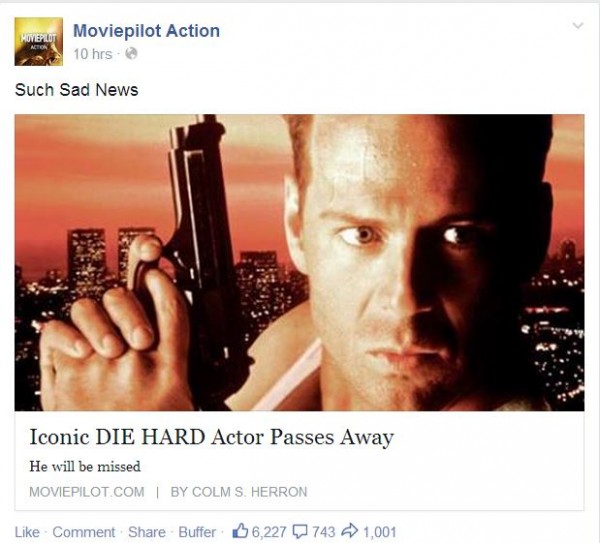 Sensationalist headlines, provocative thumbnail images—okay, to a degree I understand all of these things.

But at least have them be directly relevant to the article’s content!

Off the top of my head I can think of a couple of very guilty examples, but I can’t find them again on Google or Facebook so I’ll use a less egregious example that I also saw today (today was a pretty bad day for annoying news feed items).

When you see the headline and image above, what’s the first thought that enters your head? Obviously, that Bruce Willis must have died. But when you click on it, it’s actually about actor James Shigeta having passed away. Is he the “iconic Die Hard actor”? Well, it’s been many years since I’ve last seen that movie but I think Shigeta only had a minor role in that one.

This example is less egregious in that at least it’s somewhat connected. But I’ve seen some examples where to say that there was a connection would have been a stretch indeed.

This one seems to be a relatively new strategy that’s becoming more common and it’s the cheapest of them all.

I’ll use the latest example which I saw a couple of days ago:

When you click on it, it takes you to this:

Another recent one related to Game of Thrones reportedly went just about viral.

FakeShare.com seems to be the driving force behind this growing trend at the moment, though a search on Google reveals that numerous imitators are appearing as well as this increasingly becomes common. FakeShare’s site interface is almost irresistible to aspiring pranksters as it allows you to use any thumbnail image and create any headline. When shared, the link doesn’t have the FakeShare.com tag/attribute so for the cleverly designed ones, it can be hard for a busy person scrolling through a news feed to know it’s fake unless you actually click it or Google the topic to check. Most people just click as it’s faster, and thus does FakeShare fill their click quota for the day.

Now, I think I have a pretty decent sense of humor. I’m not a killjoy, and certainly the occasional prank post like this isn’t a big deal. In fact, on days like April 1st it’s to be expected and enjoyed. The Onion makes their bread and butter off of it, after all (though it’s different in the sense that everyone can see it’s The Onion and at least they actually have a satirical article that’s funny instead of just saying, “You Got Owned!”).  But as one who uses social media quite a bit I’ve noticed this fake article thing becoming more of a trend, at least in the online geek groups and communities that I frequent. And frankly, it’s starting to get super annoying.

I won’t bother going on a diatribe about how this kinda thing further contributes to the dumbing down of our populace, yadda yadda. I won’t even demand that people stop sharing stuff like this because I know they won’t and of course it’s their right to do so if they want.

But it sure is annoying.