8 Movies That Fans Have Taken Over Completely 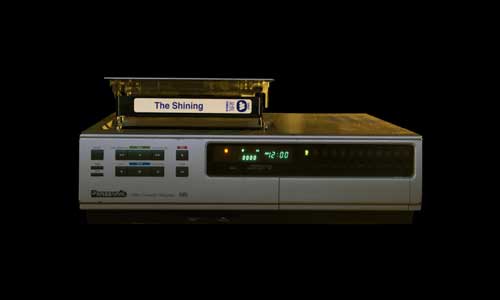 A great movie is one which continues in the mind of the audience long after they leave the theater. Perhaps they think about it during the drive home, talk it over with their friends at dinner, or sit down and write a Facebook status about their impressions. For some, a great movie becomes the stuff of fan fiction, tribute videos, cosplay or inspiration for their own creative work.

Rodney Ascher’s 2012 documentary Room 237, an examination of different interpretations of Stanley’s Kubrick’s The Shining, features commentary that ranges from potentially insightful to neat but meaningless to laughable buffoonery. However, Room 237 is most interesting as a demonstration of how the fans of a film can radically alter its legacy.

If the theories in Room 237  prove anything it’s how little control filmmakers, and by extension other artists, have over the life of their work. The depth of fan passion evident in Room 237 got me thinking about other films whose lives have been taken over by their audiences. Be it the detailed floor plans of the Overlook Hotel, bowling and White Russian parties, in-character blogs or sneaking an icon into half a dozen animated works, the legacy of a film is often defined by the fans.

While there is some overlap, this is not simply a list of “cult” films or movies with hardcore fans. This list focuses on occurrences when the fans of certain films have taken over the legacy of said films, usurping the producers’ control and proclaiming, “This belongs to us now.” I’m an enormous advocate for creative rights, but as we know, geek passion is impossible to control.

Possibly more known for its title than the movie it designates, Reefer Madness gestated as Tell Your Children, an anti-marijuana propaganda film financed by a church group. Upon completion of principal photography, the film was purchased by exploitation filmmaker Dwain Esper who re-cut the movie into a cautionary tale using lurid material to scare viewers away from drugs. The film was quickly forgotten.

Then in the 1970s the growing American drug culture found the film and its pot-induced instances of car accidents, suicide and attempted rape hilarious. Rather than traumatizing, Reefer Madness is now an unintentional comedy and a classic of stoner cinema. There was even a stage musical (and corresponding movie version) adapted from it. It’s possible the film now plays for the exact pothead audience it was intended for but its message has been completely reversed from an anti-marijuana one to an anti-stupid assumptions about marijuana one. Doesn’t mean it’s a good movie, but even Kangaroo Jack is probably funny when you’re high.

(Or so I assume, I’ve never smoked pot. I saw in a movie that it leads to car accidents, suicide and rape.)

What some popular franchises are for the aspiring filmmaker and fanon community, Totoro is for animators and arts and crafts types. Also like the biggest franchises there is plenty of officially produced material featuring Hayao Miyazaki’s giant, furry forest guardian, there are thousands more handmade variations of the character. Life is simply not complete until you’ve seen a full-sized Totoro standing with a stranger at a bus stop (mine was while driving past Kahala Mall).

The character has taken on such a life that even those who have never seen the film could easily recognize Totoro, although he might be identified as “that big, furry, gray thing,” possibly from his appearances in South Park, Neil Gaiman’s Sandman or the extended cameo in Toy Store 3 (which caused my friend Joy and I to exclaim “Totoro!” in a theater where we were the only non-children, non-parents).

Totoro’s leap into diverse animated realities reminds us that other animators, or other filmmakers in general, are also fans and just as interested in the legacy of their favorite movies as any other audience member. 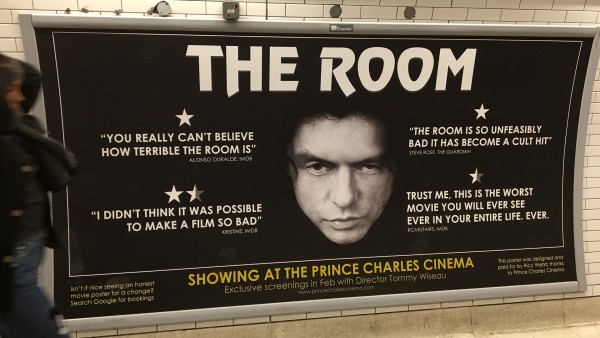 Originally released as a romantic drama, Tommy Wiseau’s passion project The Room had a very brief life running on a few screens in California before being shoved out as abject failure.

Characters are wildly inconsistent with no memory of things that happened immediately before, the script is stilted and incomprehensible down even to its grammar, and the acting is described as aliens attempting to act like humans acting in a movie: the film was a complete failure – until midnight showings provided cult fame to the “Citizen Kane of bad films” (also see Troll 2).

The audience reaction even caused director/writer/star/producer/distributor/probably caterer and driver and everything else Wiseau to retroactively categorized it as a dark comedy. In this case, the fans seized such control over the original property that it actually made the filmmaker himself redefine the work.

Although Room 237  focuses on The Shining, similar analyses could be done with A Clockwork Orange, 2001: A Space Odysessy, Dr. Strangelove or just about any other post-Lolita Kubrick film except for Eyes Wide Shut since there aren’t many fans of that movie.

The perpetual debates over Kubrick’s films result from his image as a cinematic genius. Once this is accepted, along with his penchant for perfectionism (Slim Pickens refused to appear in another Kubrick movie after riding an H-bomb for 100 takes), then everything done in his films has a reason. Whereas for most filmmakers a disappearing chair is a continuity error, for Kubrick, it’s a choice. If it’s a choice, there’s a purpose. If there’s a purpose, what is it? Thus the speculation begins.

Of course Kubrick himself isn’t around to react to the various theories presented in Room 237 or the numerous websites which expound these theories, leaving his Shining personal assistant Leon Vitali to address such “balderbash,” but Kubrick didn’t show much interest in explaining his work during his life. Besides, if the audience spends 30 years talking about the symbolism you may or may not have included, then it’s obvious who the genius is.

In 139 minutes, David Fincher’s 1999 anti-capitalist, fever dream satire capture the ennui of almost ever male born between 1970 and, well, anytime after. In the way that Easy Rider spoke for the frustrations and glories of the hippie generation, Fight Club is a primal scream for every son whose salary will never be as high as his father’s.

Of course, some of this following comes from Chuck Palahniuk’s original novel but Fight Club and the character of Tyler Durden in particular exploded on the screen. As great as the film is, actually living it out in real life can be incredibly stupid, injurious or illegal. Fortunately, the majority of the film’s legacy is in devotees’ following the Gospel of Tyler: rejection of prefab furniture, uselessly pretty art, noosing up neckties or judging themselves by their possessions and not by their worthiness in the hunter-gatherer sense.

Yet ironically the most wide-reaching influence of Tyler, other than the guys trying to emulate Brad Pitt in gyms worldwide, is a bitchy celebrity blog which its namesake would likely consider a waste of attention that could be better spent on making soap or tainting fancy restaurant food.

Upon initial release, The Big Lebowski was considered a disappointment. Box office grosses were low, critics were mixed and after the Oscar-winning Fargo, this loosely plotted yarn of kidnapping, bowling and stoner Zen felt disposable. Almost fifteen years later, Jeff “The Dude” Lebowski is among the most iconic and beloved characters of non-mainstream cinema, due entirely to the fans’ abiding embrace.

Not only can devotees become ordained through the online Church of the Latter Day Dude (I’m partial to being called Reverend, but Father and Rabbi are also acceptable) but every year since 2002 an increasing number of Achievers – and proud we are of all of them – saunter their way into a different city to participate in the two-day Lebowski Fest, a celebration of bowling, bathrobes and white Russians. The Fest, which is in no way affiliated with the Coen Brothers, has attracted such attention that the three stars of the film – Julianne Moore, John Goodman and the Dude himself, Jeff Bridges – appeared at the 2011 fest  in New York.

You knew this was coming (insert double entendre joke here). Although Rocky Horror Picture Show’s midnight success is largely due to the producers’ re-launch as a midnight film a year after initial failure, it’s the fans who have defined the Rocky Horror experience.

Over the course of numerous screenings audiences speaking along with the film became responding to it became dancing along to the music became throwing hot dogs, toast and toilet paper became a tightly followed script of interactive elements where clever deviation is celebrated, dull deviation is chastised, and first-timers (virgins) are marked for vulgar but good natured jokes.

Of course, the original musical is responsible for much of this, but in the case of Rocky Horror the lines between film, performance and audience are as blurred as its perceptions of male and female. Beyond this one movie/play/orgy, Rocky Horror is widely credited with popularizing the midnight movie tradition, which has greatly benefit several other films that failed to find an initial audience.

It’s impossible to mention films with massive, obsessive fan followings that have taken over without citing George Lucas’s holy trilogy. While official Star Wars merchandising has been ubiquitous for over 30 years, it’s the work of the fans which defines the legacy of the galaxy far, far away. Millions of pieces of fan art, thousands of homemade slave Leia and Oola costumes, Troops, George Lucas in Love, Edgar Wright’s career; the work of Star Wars fans is often as notable for its depth as for its passion and quality.

The extended universe has even accepted some “fanon” (fan-made fiction) as canonical, and it’s this openness that has kept the universe relevant and the fanbase excited. The fervor of the original trilogy was so great that by the time the official film sequels were announced in 1993, backlash was guaranteed. Nothing could possibly match the rich experience of the fans’ collective imagination. The disappointment of The Phantom Menace led to perhaps the crowning achievement in Star Wars fan work, The Phantom Edit, a re-cutting of Lucas’ film to remove parts which fans rejected, primarily Jar Jar Binks and midi-chlorians. This was the first such fan re-imagining which received mainstream attention as critics and filmmakers like Kevin Smith commented that it improved the original.

Illegal? Yes. Does the law ever stop Star Wars fans? No. They use Jedi mind tricks. These are not the downloads you’re looking for.