A look back (and forward) at Wolverine through the years

I’ve loved Wolverine since I was a child.

I remember walking through a toy store in fourth grade and staring, overwhelmed, at the abundance of plastic dolls on the action figures aisle.  I’d saved my allowance, was determined to buy something, but couldn’t decide what do get.

Then something unfamiliar caught my eye.  The card on the Toybiz blister package read, “Uncanny X-Men”, and the red, yellow, and black clad doll with the bizarre haircut and weird sideburns called out to me. I’d never heard of the X-Men and I didn’t know who Wolverine was, but about $5.00 later he was mine.  I remember reading the back of the package over and over on the drive home.  What’s a mutant?  Who are the X-Men?  What is adamantium?  Within a month I was collecting Marvel comics and I had a new passion.

The reasons I adored this character so quickly aren’t hard to figure out.  I was a short kid who got bullied a lot.  The idea of a superhero that wasn’t six feet or taller was encouraging to me.  His nemesis, Sabertooth, was a much larger, physically imposing bully who always referred to Wolverine as a runt.  I was called runt myself by bullies, so I connected with the character immediately.

Wolverine, or Logan, was a complex figure for a comic book.  He may have fit squarely into the “reluctant hero/anti-hero” stereotype, but he was really entertaining in that role.  Like all the interesting Marvel Comics characters, Wolverine was flawed.  He drank too much, he had issues with authority, and he was always struggling to keep his violent temper in check – even with his teammates.

He had superpowers (animal-like senses of smell and hearing, his amazing healing ability, and those indestructible metallic bones and claws), but he wasn’t overloaded.  He struggled to win fights.  He lost sometimes.  He was cunning and great at out-smarting opponents.  Occasionally he was funny, but he wasn’t very social – so his remarks were usually just muttered to himself.

He was also incredibly lonely.  Despite all the alpha male qualities he had, when it came to Jean Grey, his great unrequited love, he was essentially the guy-friend who was in love with someone who loved him back, but not in the way he wanted.  You don’t see that very often in comics.  You certainly don’t see that with “tough guy” characters.  Tough guys are pursued by women in fiction, not the other way around.  Wolverine was different.

It’s important to note that Wolverine/Logan has changed A LOT over the years.  He started out as a forgettable adversary for the Hulk, was picked up as a side character in Marvel’s resurrection of the Uncanny X-Men, and only later grew into fandom and took his place in pop culture history.  It wasn’t until writer Chris Claremont, and later artist Frank Miller, fleshed out that mess of a character and created something readers really enjoyed.  Then, as he grew into greater public awareness and popularity, he became overexposed, too powerful, boring, and very soon, dead.

Wolverine emerges, not many people notice, and then he gets picked up for the rebooted roster of the X-Men.  He’s obnoxious.  He constantly refers to himself in the third person, he’s rude to everyone, and he’s kept in the periphery.  Thankfully, this version didn’t last long and the writers gave him more personality in the late 70s.

This is when Wolverine really came into his own.  He’d been written much better starting around 1980, but 1982’s four issue limited series, Wolverine by Chris Claremont and Frank Miller, really took the character in a new direction.  His sense of honor, his cunning, his drive, his sadness, and his rage were on full display.  He went from being a secondary character in the X-Men to being a headliner from time-to-time.  Readers responded and Marvel put him in his own series of short stories called Marvel Comics Presents and his first solo series, Wolverine (1988) that was set apart from the X-Men. 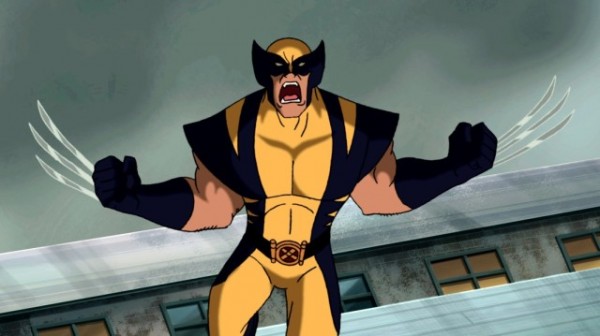 Wolverine was a full-blown comic book celebrity in the early 90s.  Comics were selling in huge numbers, the X-Men became a cash cow for Marvel, and soon they were on toy store shelves and on television in their own Saturday morning cartoon.

Wolverine was front and center for the newly-launched X-Men comic by Chris Claremont and Jim Lee, guest starring in other characters’ comics, and getting extra one-shot stories in addition to his monthly solo adventures. Then the comic bubble burst.  The public at large got tired of comics and the industry tanked for a couple years.  Major companies started killing/and or mutilating their most beloved characters in a desperate attempt to shock readers into buying again (Superman died, Batman was paralyzed, Green Lantern went insane, Spider-Man turned out to be a clone, Captain America became a werewolf, and Wolverine was robbed of his adamantium).

To retain some semblance of the character, the writers decided to say that his retractable metal claws were always bone underneath.  Wolverine was still Wolverine, but his bones could be broken now and his claws weren’t the same.  While I hated it in my middle school mind at the time, going back as an adult and re-reading those stories about Logan dealing with the loss of the adamantium and struggling with his diminished abilities, they are some of my favorite Wolverine stories.

Unfortunately, all that great writing got flushed down the toilet when Marvel decided to morph Wolverine into a monster who looked like a hunched-over caveman with no nose.  Seriously.  Somebody high up approved that.  Google it if you don’t believe me.  Anyway, that didn’t last long and the less that is said about it, the better.

Wolverine got his adamantium back early in the decade just in time for Fox to launch the X-Men film franchise, which arguably got the ball rolling for the multi-billion dollar comic book movie industry we see today. In the comics, Marvel finally told Logan’s origin and it was really well done. Wolverine still had his solo title, but they re-launched it several times.

Despite the great start, something started to go off the rails a little.  Back in the 70s, Logan’s healing factor started out as something that healed wounds naturally, just faster than a normal person.  Wolverine even mentioned having scars.  Then it was increased to even faster healing, but within limits, and the scars were never mentioned again.

By the mid 2000s Wolverine’s healing abilities were exaggerated to him routinely running blindly into machine gun fire, having all the flesh stripped from various parts and healing within minutes, and even being burned down to his adamantium skeleton by a nuclear blast… and then completely regenerating.  His healing factor was boundless, so it ceased to be interesting.  And what happens to characters who have nothing to struggle against?

Wolverine is now all over different Marvel titles.  He’s in the Avengers, he leads at least two X-teams including X-Force,  he runs a school for mutants, and he still stars in his own limited series.  He regained all his lost memories, discovered he had a litany of evil/psychopathic children, and slept with Squirrel Girl.  Wolverine jumped the shark, and now Marvel has decided to kill him off.  Honestly, it’s about time.

There’s talk that Logan’s daughter-figure, X23, will replace him as the acting Wolverine. Regardless, the original Wolverine will come back.  Marvel is a business and Wolverine makes them money.  I have no idea which absurd method they’ll use to revive/rebuild/clone/timeline-change or whatever to bring him back.

But, when they do, I hope they’ll remember what made him popular to begin with.  Sometimes less is more.  Characters with limits are way more interesting than characters without them. Wolverine should lose fights sometimes.  He should struggle to come out on top.  Tone down the healing factor.  Make him have to outsmart opponents or even just run away sometimes.

Also, sometimes Wolverine is at his best when he’s the only mutant in the story.

Sometimes his best moments in the X-Men aren’t him cutting something/someone with his claws, but offering some unexpected encouragement to a fellow team member who’s feeling down.

And for God’s sake, bring back the cigars.  What?  It’s okay for him to kill hundreds, if not thousands of people over the course of his career, drink alcohol when he’s alone, and have sex with numerous women, but he can’t enjoy a cigar because THAT sends the wrong message to impressionable young fans? He’s the best there is at what he does, but what he does shouldn’t be pandering to the oversensitive.

Justin Ivie is a former social worker from Mississippi, USA.  He currently lives and works in Chicago, IL, where is also active in the stand-up comedy community.