The Apocalypse Blog Book Club picks a different dystopian-themed novel to read each month and has an online discussion, as well as an in-person meeting in Milwaukee. Different club members will write reports on our selections each month for Pop Mythology. You can find more on the club and join here: teakrulos.com/the-end/

When I was in my early twenties I went through a Philip K. Dick phase, largely inspired because I loved the film Blade Runner, which was based on his novel Do Androids Dream of Electric Sheep? I read a dozen or two of his books consecutivelyand thought I was pretty badass sitting at the local café reading dog-eared copies of Flow my Tears, the Policeman Said and A Scanner Darkly. I loved his ideas that played with reality and identity. With that out of my system, I moved on and haven’t picked up a Philip K. Dick book for close to 20 years, although I have watched film versions of his work that have popped up.

Dick’s Hugo award winning novel The Man in the High Castle, first published in 1962, is one of Dick’s many creative visions, the first (as far as I know) alternative history that imagines a simple but frightening question: what if the Axis forces won World War II? Dick’s dystopia imagines Imperial Japan controlling the West Coast of America as the Japanese Pacific States, Nazi Germany commanding the Greater Nazi Reich on the East Coast of America, with a neutral no man’s land zone separating the two in the mountain states.

What a time to read this story again! You might dismiss the cries of the USA becoming a fascist state as hyperbole, but you can’t ignore the writing on the wall. There’s the fearmongering and scapegoating of Mexicans and Muslims, the self-described “war” on the Fourth Estate, the cabinet of white power toadies like Steve Bannon, and the narcissistic supreme leader, obsessed with his own imagery and with degrading his never-ending list of enemies. Fascism didn’t literally come goose-stepping down Pennsylvania Avenue, but rose through an election buoyed by a certain population of xenophobic and downtrodden Americans bamboozled by an egotistical character actor who charmed them with the skill of a conman selling timeshares. “Let me fool you twice,” he invited.

Have we somehow entered a parallel universe where “the good guys” lost? Alas, if only it were so simple an explanation. The real one, of course, is that this was the sad evolution of America.

Back to Dick’s 1962 novel. The storylines Dick follows take place in the neutral zone and in an alternate version of San Francisco, familiar territory for Dick to work with as he lived in the Bay Area. Dick’s cast—Japanese trade official NobusukeTagomi, Americana antique dealer Robert Childan, desperate metalsmith Frank Frink, his wife Juliana, who has defected to Canon City in neutral Colorado, and the spy she meets there, Joe Cinnadella—weave paths around a powerful banned book. The Grasshopper Lies Heavy is an alternate history within this alternate history in which the Allies have triumphed, penned by the mysterious author Hawthorne Abendsen, aka the Man in the High Castle.

I will say that with my brain rewired for modern ACTION! ACTION! ACTION! I found the book to be slow placed at all times. I was like, “we got a whole alternate world to explore here, Dick, why is there such a high page count talking about jewelry making and antique forgery?” 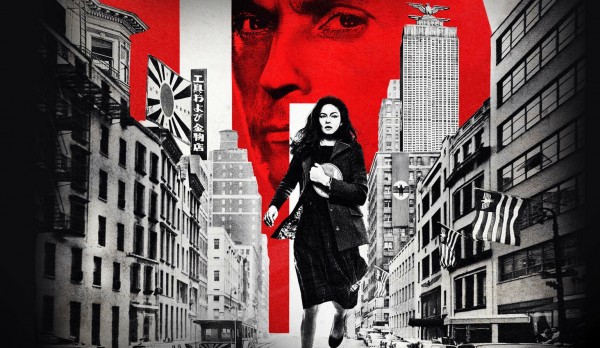 This leads me to talk about the TV adaption. Renewed interest in the book, of course, has come from Amazon’s Emmy award winning The Man in the High Castle series, which has two seasons available and is signed up for a third. The character and their storylines are significantly different, but I believe it’s a good expansion of the book. You get to see a couple of things I had hoped would happen in the book (which I read before viewing the show) such as an appearance by old man Hitler, a character travelling from one parallel reality to another, and some action scenes of the Resistance fighting back. But all of that is just extra frosting on the cake—it’s Dick who laid down the solid foundation of this disturbing look at a fascist USA.

Tea Krulos is a freelance journalist and author of the new book 'Heroes in the Night' available from Chicago Review Press, which documents the Real Life Superhero (RLSH) movement. He also runs a blog with RLSH news and profiles.
Copyright © Pop Mythology 2023, All Rights Reserved