Created in 1991 by Rob Liefeld & Fabian Nicieza, I attained cult status through my own self-titled comic in 1997. After a lame-ass attempt to depict me in 'X-Men Origins: Wolverine,' I was finally done justice to thanks to Ryan Reynolds and the 2016 movie. I have since been kidnapped by the Pop Mythologist to serve as his personal mouthpiece and am waiting for my owners to threathen him with a lawsuit unless he takes down this byline. But, really, they should just chill because if anything this will make people buy more Deadpool comics.

The Deadpool Mindset: you have nothing to lose, everything to gain

Deadpool March 11, 2016 Applied Geekism, Hero Wisdom, Superhero Wisdom Comments Off on The Deadpool Mindset: you have nothing to lose, everything to gain 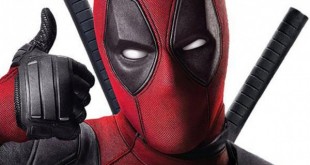