Beauty and the Bug get it on in ‘The Ophelia Prophecy’ 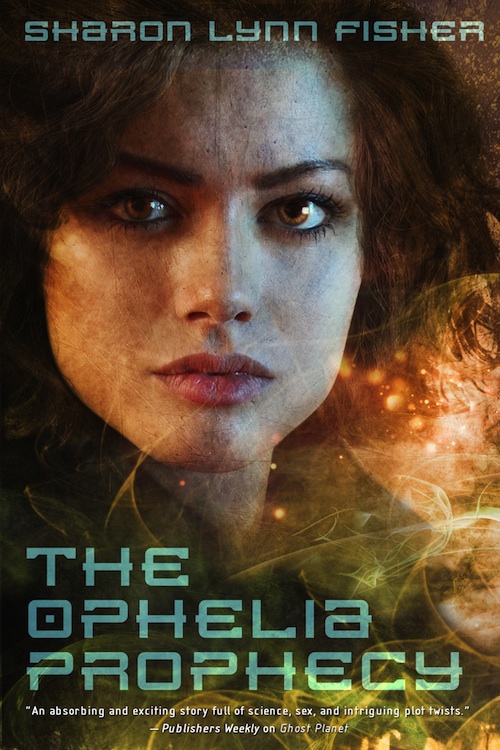 The Ophelia Prophecy  belongs to the unlikely genre of sci-fi romance. “Sci-fi what?” you ask. Well, romance, but before you roll your eyes, let me clarify. This is no paperback bit of fluff with heaving bosoms and all that rubbish, but more along the lines of Han Solo and Princess Leia, which was plenty cool.

The technology in the book revolves around the science of genetic engineering. Past experimentation in both a controlled and uncontrolled fashion has created human/animal and human/insect hybrids, called Manti. Some of the later generation Manti had devolved into aggressive mutants, wars were fought, and a targeted, bio-engineered virus was designed that wiped out all but a few isolated pockets of “pure” humans and human/animal hybrids. Now the Manti rule and maintain the isolated compounds of remaining humans for strategic “breeding” purposes.

Our hero and heroine, Pax and Asha are insectoid and human, respectively, and meet unexpectedly following a conflict that leaves them both unconscious and with fogged memories. As they attempt to sort out what happened, they embroiled in a series of conflicts that cement a bond between them and eventually lead the couple back to the capital city of the Manti population, where Pax is a prince. Here they become involved in far-reaching rebellion within the Manti society and each must make choices regarding loyalties to their families and societies.

The storyline has a very good sense of pace and moves along smartly. The action is well-drawn and keeps the reader engaged throughout the entire novel, with no noticeable lulls or dull interludes. The characters are all well-constructed and our infatuates, Pax and Asha, are affable, but endearingly flawed enough to create the requisite amatory tensions.

The only notable flaws in The Ophelia Prophecy  are several incongruities towards the latter part of the novel. The first is in the conclusion itself. As near as a dozen pages from the end, there are so many unresolved balls in the air that the reader is all but convinced of the inevitability of a cliffhanger sequel. But, like flowers out of the end of a magician’s wand, the conflicts are resolved quicker than you can say, “Abracadabra!”  If David Copperfield himself had been present at the climax, I wouldn’t have raised an eyebrow.

The second oddity is a rather explicit chapter where our Beauty and the Bugman get it on. There is nothing wrong with this, but it just seems so out of character with the style of the rest of the prose, which is very PG-13. It’s as though some prankster copy editor dropped a Penthouse Forum letter into the manuscript just to see if someone would notice. And no one did!  All I can say is what Hamlet said to Ophelia, “Get thee to a nunn’ry.”