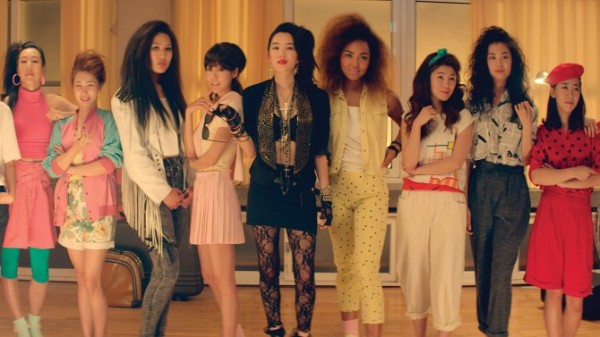 Benson Lee (Planet B-boy, Battle of the Year) is a tremendously talented filmmaker I’ve had the great pleasure of working with on numerous occasions, and he is also just someone who’s been there for me on a personal level, so I was thrilled to learn that his newest film, Seoul Searching, was chosen as part of the Premiere Lineup in the 2015 Sundance Film Festival.   I’ve been following Benson’s updates about this project since he first officially announced it on Facebook and Twitter so it’s gratifying to be able to have witnessed its growth from an idea to a featured film in the Holy Grail of all film festivals.

Here’s how the official Seoul Searching page on Facebook describes the movie:

“Seoul Searching is an 80s romantic teen comedy about a group of diverse Korean high schoolers from around the globe, coming together in 1986 to experience the most important summer of their lives. They meet at a special camp in Seoul where they were sent by their parents to learn what it means to be Korean – a side to them they know little about. The story focuses on three boys from the U.S., Mexico and Germany and the three girls they meet who change their lives forever.”

Better yet, check out the advance trailer which brings back memories of my own visits to Korea in the early 90s as a young Korean American trying to find my identity.

If it all feels more than a little influenced by John Hughes, well, that’s because it is. But Seoul Searching promises to be something more. It promises to speak for an entire demographic of people who grew up in the 80s (like me) for whom the John Hughes films, while entertaining, did not entirely speak for. It promises to become one of the definitive works in a growing body of films by Asian American directors in general, and by Korean American directors in particular. And best of all it promises to be full of those universally relatable elements that will surely win it a broader audience: teenage angst, the innocence of young love, the search for identity, and smelly kimchi jokes.