This year’s C2E2 was another smashing hit. Personally, I loved seeing all the cosplay. I went as Tina Belcher (from Bob’s Burgers) and loved running into five other Tinas while I was there. Being a writer, I skewed heavily toward the literary panels, but I took advantage of some comic book panels, too. Here are some of the highlights. There was too much good stuff to choose from this year. Guess I’ll just have to attend in 2018!

The Men, The Myths, The Legends: Stan Lee and Frank Miller One-on-One

I wanted to see this panel because Stan Lee always seemed so affable and so kind to his fans. And he is a legend so, to be frank, I wanted to see him before he shuffles off this mortal coil. He is 94, for Pete’s sake. I have a feeling this will be one of the last few public appearances, or at least panel-speaking, that Lee does. The main stage was filled to capacity; an overflow crowd was seated a few rooms down, where they watched a live stream, projected on a huge screen. Frank Miller and Stan Lee were joined on stage by a female moderator, whose name we never got. Lee made sure to mention how attractive she was. (Would he have done the same to a male moderator?) The conversation among the three was stilted. Lee’s hearing – he stopped to explain multiple times – is such that he couldn’t understand what was said into the microphones, so each exchange went like this: Frank Miller or The Attractive Female would make a comment or ask a question into the microphone, then s/he would lean into Stan Lee and repeat the same into his ear so he could hear it clearly. Stan would answer, then stop mid-way to either complain about the sound or to mention how he exists to piss off Frank Miller.

That was the bulk of the conversation: Stan riffing on how famous he is, how much he can’t stand Frank Miller, or how he couldn’t hear what was being said on stage. I figured he was just being “funny” with the digs on Frank Miller; I later overheard two journalists saying that, no, this distaste was real, due to some movie deal dust-up. I didn’t learn much from the panel except what I already knew – how Spider-Man came to be, a history any die-hard Lee fan already knows, or can find on Wikipedia. Lee did say he has another character forthcoming – and that’s all he would say. We didn’t get to hear much from or about Frank Miller, although he said he didn’t want to be “one of those guys who goes to comic book convention and talks about his next project.”

I’m Super, Thanks for Asking – How Authors Pull Off Creating Super-Powered Characters 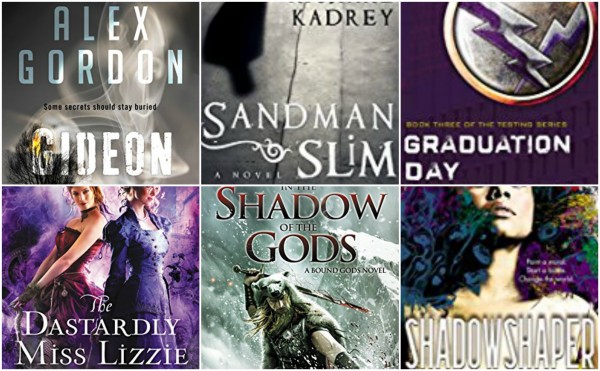 This panel of sci-fi/fantasy authors (Alex Gordon, Rachel Dunne, Viola Carr, Joelle Charbonneau, Richard Kadrey, and Daniel José Older) had real substance. The authors dispensed advice on turning everyday tropes upside-down, and giving characters “human” characteristics and flaws. The problem with Superman – a hero who does everything –  was discussed: “Saving the world is kinda boring,” Older said. He talked about how broad it is, and framed specificity as “decide who you want to piss off,” because someone will always find fault with your work. For Older, it’s racists he likes to piss off. “I do find there are racists who hate my book, and then I post them on Twitter, and then people are like, ‘Wow, that book sounds amazing!’ And then they go and buy my book. And it works out really well!” he said.

The panelists talked about the flaws they assigned their characters: being selfish, feeling guilty, or even having no interest in saving the world. The energy in the room was palpable. Based on the Q&A, there were a lot of writers in the room, who wanted advice on their own characters.

This panel of mystery and sci-fi writers (Lucy Kerr, Alex Gordon, Lori Rader-Day, Nic Joseph, and Susana Calkins) moderated by publicist Dana Kaye, kicked off with each sharingher favorite “Grisly Chicago” stories – actual crimes or legends – including the Speck Murders and the “Homey the Clown” sightings. For source material, Alex Gordon found a rich history of her hometown on Atlas Obscura, which fed her own work. If death appears in a work, all the panelists agreed “death from natural causes is boring.” And their best piece of advice for aspiring authors: “Finish something.” Sounds easier than it actually is, but each author had a story of writing one book (and finishing it!), beginning a second book, and revisiting the first book years later. Nic Joseph counseled wannabe authors to “never throw anything away,” and “make your own rules.”

Mare Swallow is the Founder of the Chicago Writers Conference and author of 21 Ways to Engage Your Audience. She is a professional speaker, and writes non-fiction. She is working on an in-depth project about subcultures. On most nights you can find her sharing her stories at one of Chicago's many Lit events. She has been named to New City’s (Chicago) Lit 50 list twice. She lives in Chicago and is a complete gin snob.
Copyright © Pop Mythology 2023, All Rights Reserved