Some crops are bad. Ask any produce grower – sometimes you get bad harvests and that’s just a fact of life. Sometimes life is beyond our control, and despite the best machinations of mice and men, things don’t turn out the way we hope. Kind of like this week’s crop of comics. There’s some good and some bad, but the important thing about situations like this is that you have to look for the good and find some value in the here and now which will set you up for the next time.

Let’s take a look and find what was valuable this week. 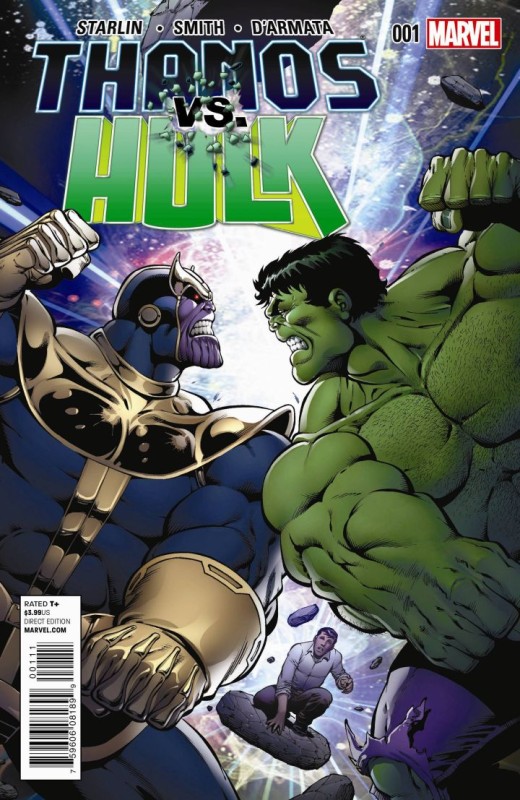 A very heavy exposition-rich issue. The real draw for this is that Jim Starlin is writing and penciling. Starlin is the ultimate in cosmic stories. Anything done by recent writers owes a great of influence to this man. So, my excitement level went through the ceiling when I learned of this match-up.

To be sure, the concept is fairly simple. It’s a basic clash of… titans, pardon the joke. But instead of getting into the battle right away, there’s a lot of set up. Pip the Troll is the instigator and in true trickster fashion provides the reader with a plausible excuse for this match up to happen. To be frank, it’s a great joke.

In fact, that’s the way you have to see this series. It’s not like the fate of the cosmos rests on the outcome of this sparring match; in fact, this whole story is predicated on the idea that Pip the Troll is trying to get out of trouble and is conning Thanos the Mad Titan to unwittingly pull his fat out of the fire. This is the real story – never mind the inevitable punch-up that is to come.

Not the greatest of first issues, but it’s building, mark my words. This is going to be like an elaborate joke that will take some time to get to the punchline, but it’ll be worth it. 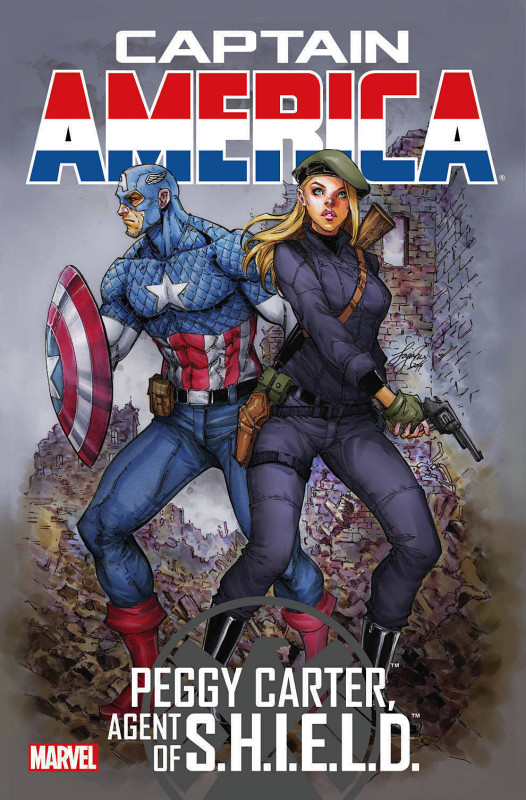 With the ensuing arrival of the television series, a comic like this was bound to happen. Unfortunately, instead of anything original, this is just a collection of previously written stories from years gone by. Essentially, it’s a cheap TPB anthology.

Very commercial – this thing is a naked cash-grab. What’s more… I fell for it. 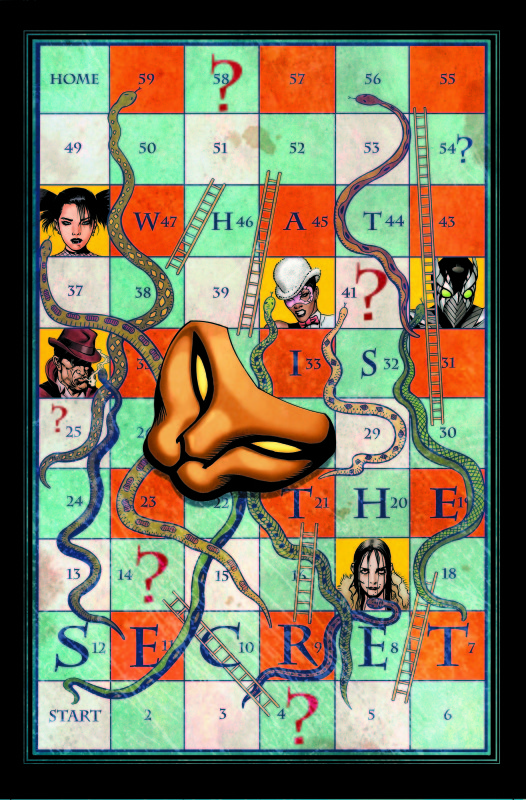 I really like Gail Simone and I was very excited to see her jump on to this book. She has great talent with character interaction and she manages to convey an authentic sense of dynamism in their relationships. I was not crazy about the inking though. Ken Lashley is a talented penciller but I found that his inking was a little undefined at times and seemed a bit sloppy on some pages. The initial pages of the book were a little fuzzy, but it seemed to tighten up as the story progressed.

Dale Eaglesham provided the talent for the cover of the book but only the cover… which disappointed me somewhat. As a fan of his work, I would have loved to see him provide the art of the whole book. When it’s just a cover by an artist I really like, I feel like it’s a bit of a tease.

It‘s a curious mix of characters, but this plays to Simone’s strength as a writer. It was a bit of a slow start, but I admit that I’m looking forward to what this book shows us in the future. 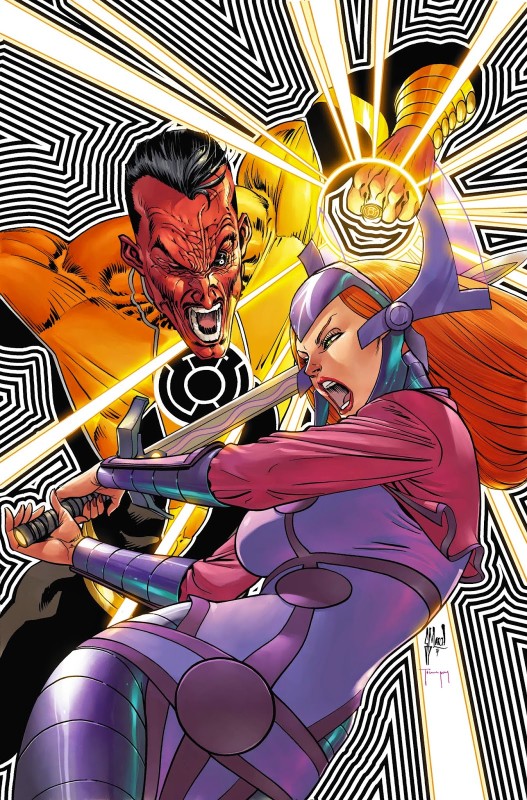 Speaking of Eaglesham… where is he? Why isn’t he doing the art on this book anymore? No disrespect to Ethan Van Sciver, he does great work, but I originally started buying this book with Eaglesham in mind.

Things we can’t control, I guess.

This is a good story though, and it’s ramping up to a conflict with the forces of New Genesis is an awesome premise. War with the New Gods – think about it: just the right foe for arrogant Sinestro. I’m enjoying this book now that it’s had some time to shake out the bugs, but it’s a great anti-hero story. 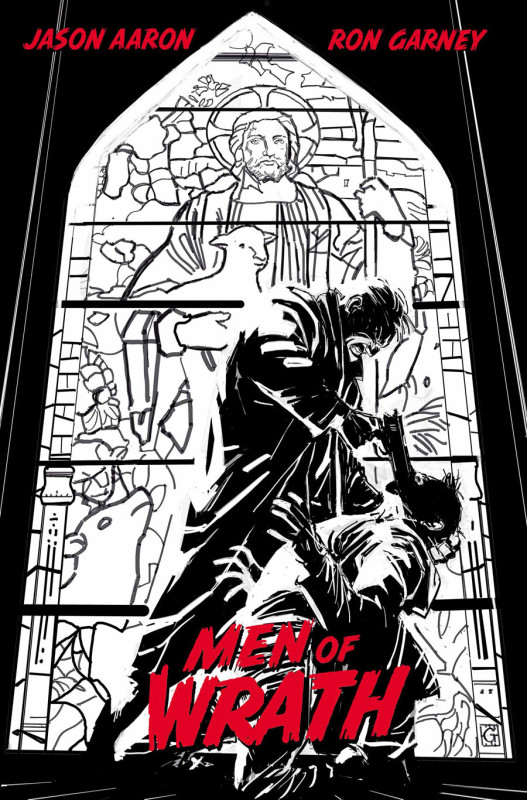 Brutal. Just shockingly brutal. The callousness of a man who could murder his own son for a fee is just unthinkable. It’s such a glaring example of cruelty that it’s also a fascinating character study. I don’t know if I’m drawn to this out of morbid curiosity or if I am truly entertained by the detail and precision that has gone into the crafting of the characters in the book. Either way, it’s a winner for Icon and has me parting with my money. 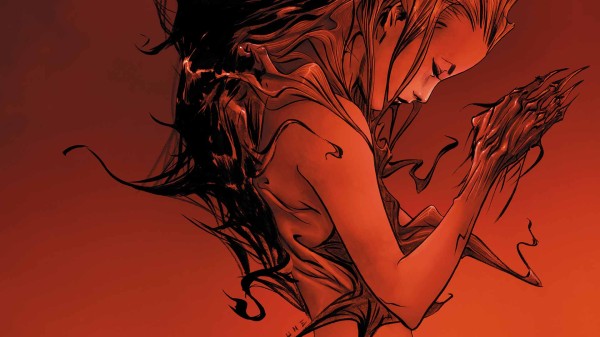 This story is a twist on the werewolf legend, but it’s a bit of a weak one. I found that the characters weren’t memorable in any significant way and that the variation on the legend was diluted. In order for a change in a traditional legend, the characters have to be able to sell it. I enjoyed the concept of lycanthropy transmitted from host to host, but the characters were dull and didn’t invite a lot of involvement. 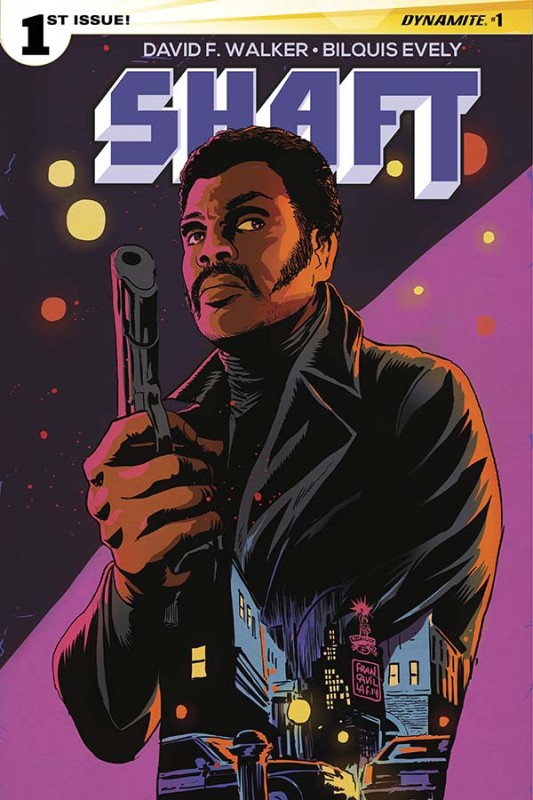 A throwback with a more serious spin on the classic character. There wasn’t a lot of deviation in this presentation of anti-hero John Shaft. It was as you would expect it, just a little more grittier for the 21st century and with an emphasis on the importance of maintaining the integrity of one’s character than the colour of his skin. Sure, this is a story of an oppressed urban black hero who stands up, but in this issue it’s interesting to note that he’s being oppressed by other African-Americans. So this was a book that managed to remain true to the original 70’s iconoclastic character while also introducing something of value for a new generation.

I’d love to mention Jason Aaron’s Men of Wrath again, but I feel that I’ve noticed this book so much already and it’s for the same reason over and over. Consistency is good – and I admire that – but I love that Simone is bringing her significant talent to bear on such an eclectic collection of characters and I can’t wait to find out how she is going to be able to mesh them all together.

Of course, that’s the real value of planting seeds, right? You never know how things will turn out, but there’s a joy in discovering how things take shape sometimes. It’s like playing Monopoly and landing on Community Chest or Chance. Sure there may be bad cards, but there also may be some good ones and the satisfaction of finding those good things in life outweigh the possibilities of something bad happening.

Ah, comics… is there anything they can’t teach us?