Choices are good, right? That’s the theory, I suppose, especially when you’re choosing between good and… good. But that can be frustrating. Sure… the problems of the indulged. My diamond shoes are too small and my Lamborghini won’t fit into my carriage house.

That’s the problem I face this week. There are some great titles to select for my pick of the pulls but it’s hard to just  choose one. It feels like I’m breaking loyalty and for a Scotsman, that’s a hard and heavy cross to bear.

Still, we must press on. Let’s take a look at the titles and see. 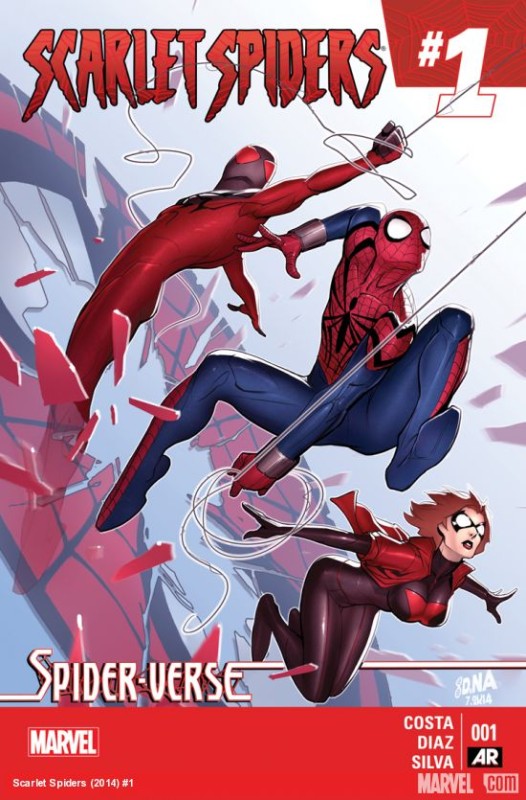 Even though I’m not particularly jazzed by this whole Spider-Verse event, this actually wasn’t a bad book. It’s got to be the ultimate in hubris when an entire multiverse is devoted to the aspect of one hero. An entire facet of existence that revolves around Spider-Man? That’s too much … even for Marvel.

Still, the art is pretty good. Paco Diaz’s body shapes are a little too slenderized,  but the lines are clean and the details are pretty crisp. There is some serious discipline and dynamism in his penciling and it definitely met with my approval.

The story? A little weak but not too bad. I enjoyed seeing twisted villains in this universe as well as the ones currently occupying the regular 616 verse. Could have been better, could have been worse. 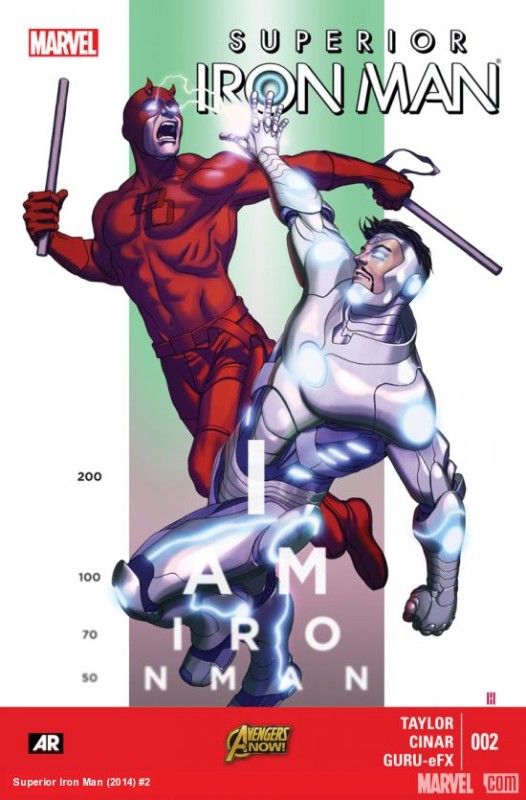 Yeah, I gave this issue a second chance and I’m not too disappointed; especially with Daredevil’s involvement. The thought of blind Matt Murdock going up against evil Extremis Iron Man is definitely engaging and to see Stark ‘ s resolution of the situation is completely unexpected. Definitely fun.

Marvel’s currently trend seems to be chaos-oriented these days. Villains are becoming evil or heroes are reinventing themselves with more selfish machinations in mind. The grey line between heroism and villainy is a little smudged these days. I’m wondering where it will stop? 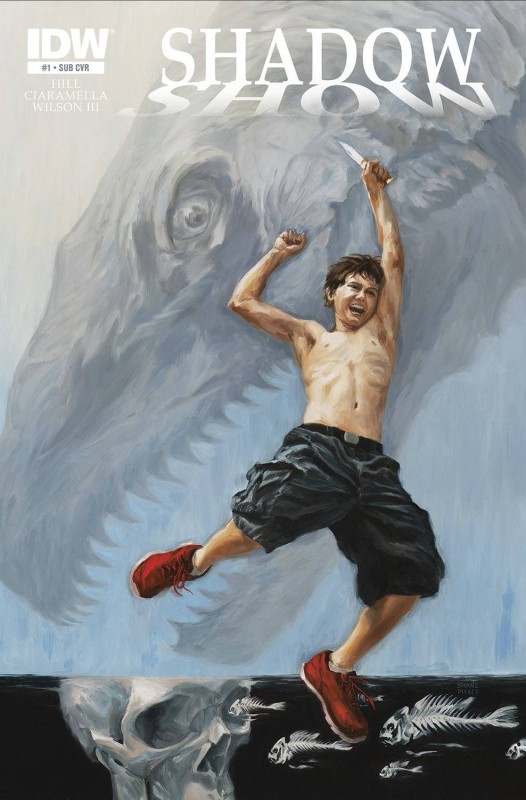 Now this was a fun book. I’m a big fan of Joe Hill’s novels, but I have to say that I believe his calling is a comic book writer. There is deep skill in being able to pull off an effective story that hits all of your expectations – particularly in only 22 pages. Hill has the knack. When it comes to horror, even more so. Must be genetic.

This book takes me back to the days of DC’s House of Mystery in the late 1970s that included a collage of short, spooky tales that could entertain as well as creep you out in all of six pages or less. This is the first in an all new series that celebrates acclaimed sci-fi/weird fiction writer Ray Bradbury, who influenced my own eclectically weird tastes in fiction. This book taps into that vein and teaming up with Charles Paul Wilson III again only enhanced the perfect chemistry found in this story. If you’ve read Hill and Wilson’s Wraith then you know what I mean. This is a winning start for this comic. 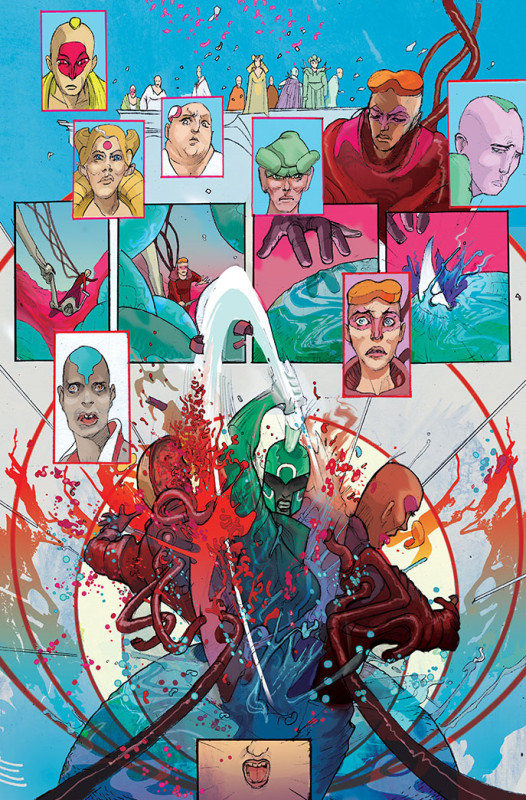 I think the word ‘psychedelic’ was used in describing this book. They’re not wrong. I felt like I was reading a cross between a 1960s Andy Warhol Factory piece bodged together with a female-centric, loose allusion to the original Odyssey of Greek mythology.

The problem is, after I read the inserted, folded chronology included  at the start of the book (which was a stunning piece of graphic art), I was really excited to read this story. The work that went into the time line is meticulous and detailed. However, the story relies upon too much exposition and not enough dialogue for you to establish any firm conception of or connection to the characters. The art is too distracting and not solid enough for the reader to reinforce a firm notion of the story.

I was really let down by this book. I really wanted it to sell me, as a big fan of Matt Fraction. Maybe I’m off-target, but it just seemed unfocused. 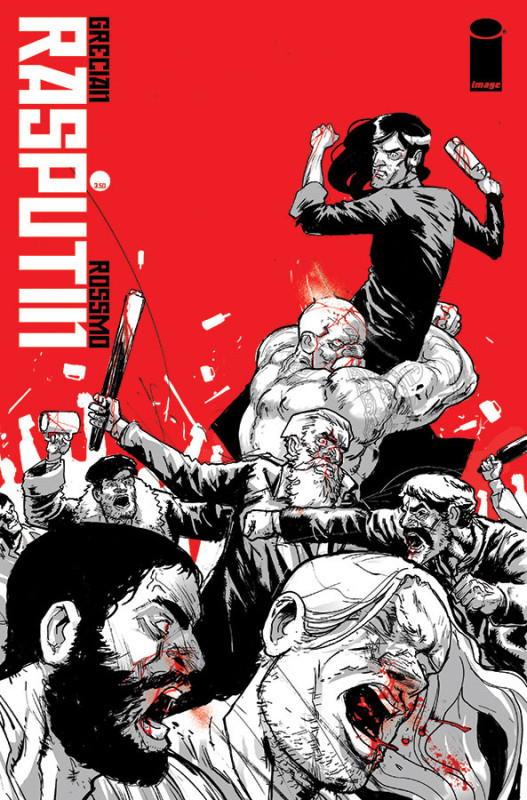 This isn’t the book about the Mad Monk of Russia I was hoping it would be. If it is, however, then it’s taking far too long to get there. So far I haven’t seen any of the boorish, low-class features that I know Rasputin was to have. Though I love the idea, and I gave it a couple of issues, this just isn’t making its mark. 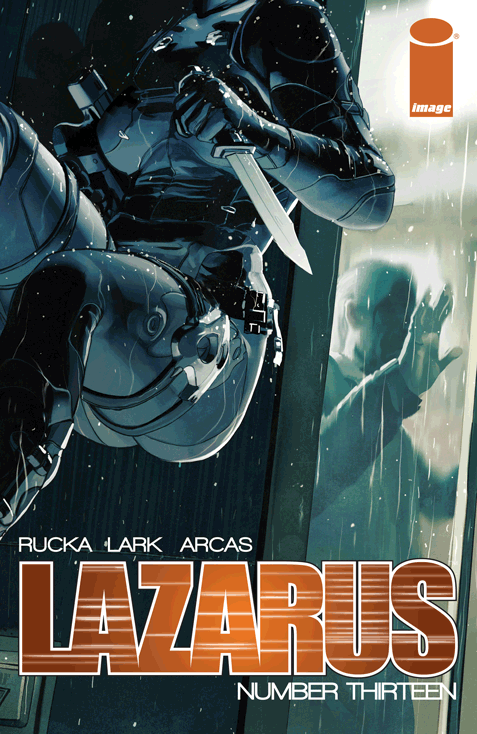 My number one favourite book. It is so hard to go from the extremely sophisticated story-telling of Greg Rucka to … well, anything else. I can honestly say that I devour every issue with extreme relish. The detail of storytelling and world-building is immense in this book and unless Rucka and Waid do something incredibly obtuse like pull out the old “it’s a dream” story angle, there’s no way I’m ever going to abandon this book. You need to start reading this book if you already haven’t. 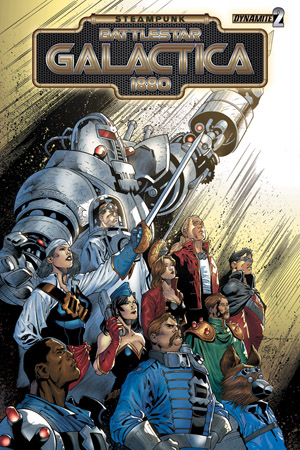 The final issue in this series, and what a great ride it’s been. This is what a comic should be – pure fun. I love variations on stories, and the steampunk stylings of the 1980s original Battlestar Galactica is a creative spark of genius. 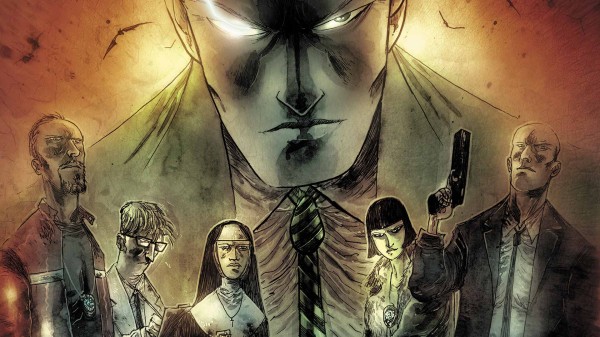 Now this one really took me by surprise. The art didn’t really sell me … Ben Templesmith’s art is a little too basic for my tastes, but strangely it does fit the mood of the book. Think about all the dark, arcane secrets that a city like Gotham must have accumulated. Doesn’t it make sense that there would be some division within Gotham’s police force that would investigate the weird occult that would go bump in the night within its dark alley ways?

What’s even cooler is that the team of Gotham’s forgotten 13th Precinct features the leadership of none other than Jim Corrigan, aka the Spectre. However, his best work in this comic is his occult knowledge rather than his spectral powers.

It’s a story based on a simple premise, but an incredibly effective one and very entertaining. I can see this book being added to my permanent list of pulls – if the stories stay this good. Great work, Ray Fawkes. Awesome story-telling.

The pick of the pull for this week – it has to go to:

Wow. I just can’t turn away from this book, though I have to say, the competition was really tough. If I had to pick another choice, it would have to go Shadow Show. Joe Hill is an incredibly entertaining writer. His work is deceptively easy to understand and digest, but their consequences leave you breathless and wondering afterwards. His stories are perfect.

See? That’s the problem with too many good choices: you have to pick a side. Still, if this is where comics are going, then this is one problem I look forward to have more of in the future.