Captain Kirk’s pick: I want to lock myself in a comic book shop

There were too many great choices this week. You know, if I had the luxury of time, I’d lock myself in a comic shop for about a day and just read. Forget the back issues, there are a lot of great comic companies taking chances and managing to get their stuff out on the shelves that it’s a sin that a lot of them are never read.

For example, I really wanted to take a look at a lot of Image’s offerings in the past seven months but there simply hasn’t been time for me to read them all. IDW and Dynamite get solid props for their sterling contributions as well. My selections are based on what’s popular but also on what I have time to read. After all, I don’t do this for a living.

But if I could… sigh.

Here are the choice selections for this week: 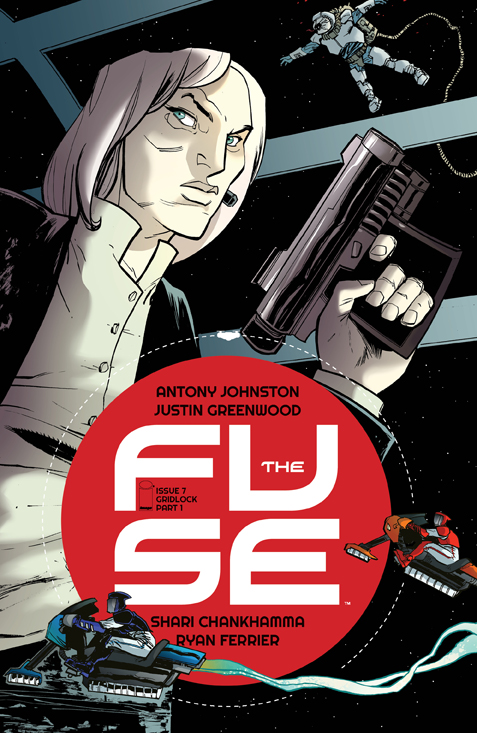 If you missed the first six issues of this incredible space-cop drama, then this is a great jumping on point for you to pick up this book and give it a go. Issue #7 starts a new story arc. Protagonists Ralph and Clem have had a good amount of time to develop some chemistry but they still show the awkwardness of adjusting to a new partnership. We were also heavily invested in the murder in the last arc to really get a good idea of the backstory of this mismatched pair.

Even though I was really drawn in by this story, I’m still hoping for more origin story goodies. I really want to know more about these two cops. We had a bit of a reveal into Clem’s background, but I’m still hoping to find out more about our German Wunderkind police detective. Maybe we will. Still, it’s’ a great book and it really is one you can’t miss out on. 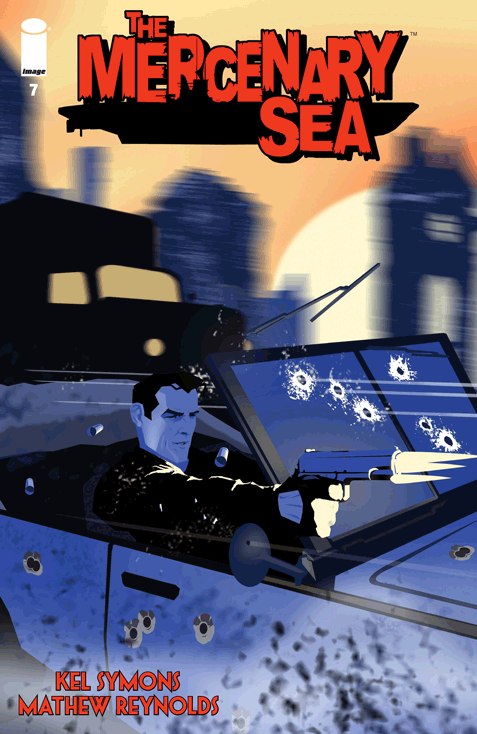 Man… one of my favourite books. If you haven’t read me raving about this title, then set your peepers to stunned setting. This is a totally novel story that gives off a total Raiders of the Lost Ark vibe combined with a World War II attitude. It’s so unique in execution that I don’t think anyone else is doing a quasi-historical book like this.

What I love about this is that it appeals to both the history teacher and the adventure story lovin’ kid in me. It’s something that I can relate to my students when looking at things to read, but also allows me to explain some of the historical context in it. It’s just so much fun that it’s a comic that I can get my kids excited about.

I just wish each story wasn’t so short. It’s such a quick read that I feel like I’ve completely gorged myself on it and haven’t given myself enough time to actually savour it. I’m a Mercenary Sea pig … I admit it. 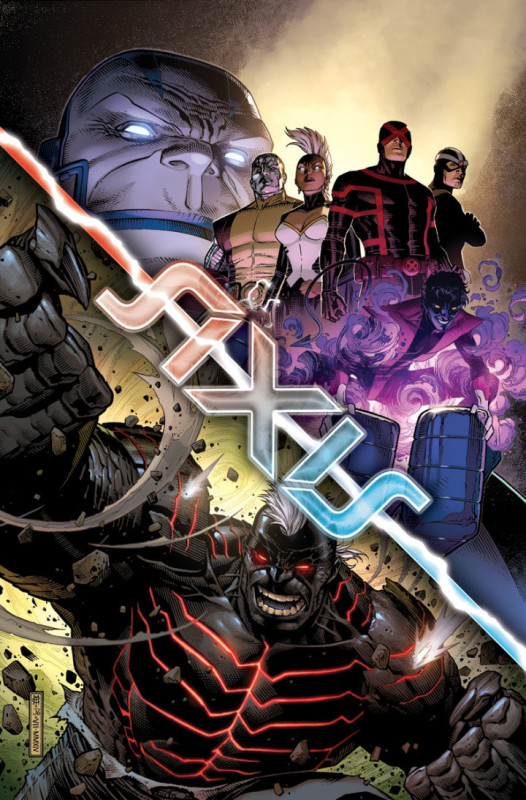 I’m not enjoying this. Of course, then why am I buying it? I’m buying it because it’s yet another one of those gigantic publishing events that you have to buy to keep abreast of. I want to know what Marvel is doing, even if I don’t approve of or understand it. I guess it falls under my desire to keep a sense of continuity.

In this issue, the heroes are becoming villains and vice versa. It’s a pretty sloppy premise, in my opinion, and the only good thing to come out of it is that there is a movement on the part of the X-Men to develop a greater sense of unity. So, I guess the silver lining out of this raincloud is that we may not see as many X-Men books in the future or at least the schism between the two divisions will sublimate in favour of facing a common enemy. One positive implication and improvement to the Marvel Universe, at least. 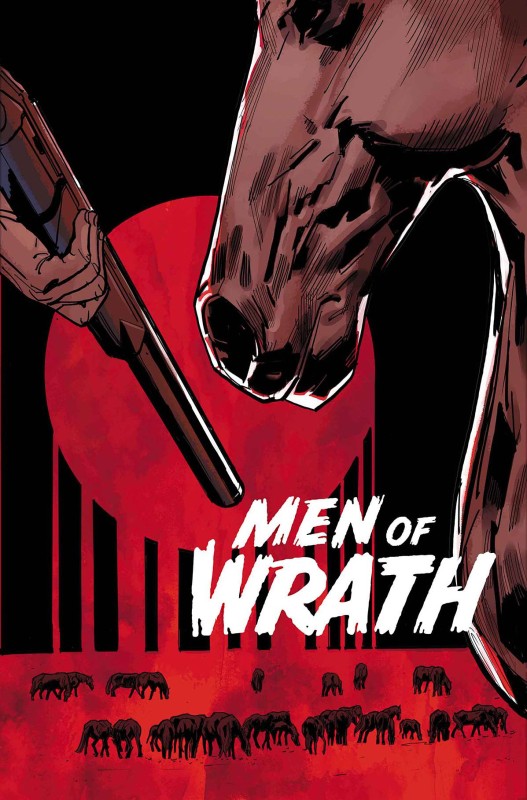 Oh …. Wow. Talk about your powerful and mesmerizing characters. This is certainly worth buying. No … you don’t need any reasons from me – just go and give the comic store your money.

The thing is, there isn’t a super power or a secret origin or anything in the realm of fantasy. This is just an examination of the culture of violence in the deep rural Southern states. It’s a gritty, raw examination of the human capacity for rage and cold, callous resolution. What some people are prepared to do to their fellow man for a few dollars is astounding, but what’s even more astounding is the amount of willpower to resist from falling that far. It’s a definite must for any serious comic-drama reader. If you want a realistic story that’s based on magnetically compelling characters, then this is your book. 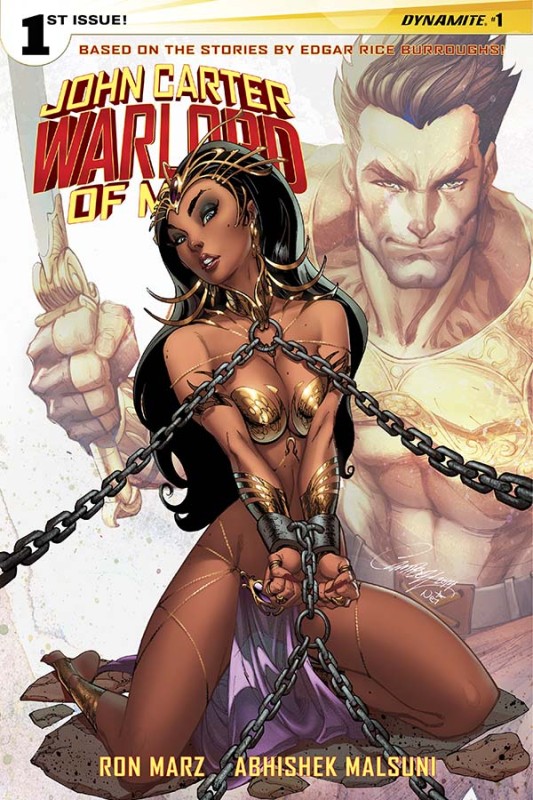 I think I was about 10 years old when I got introduced to the writings of Edgar Rice Burroughs. Actually, being a recent immigrant from Britain to Canada and living in a small prairie town (Langham, Saskatchewan), it was inevitable that I would discover the fantasy genre. ERB was also one of the few fantasy authors in the local school library that was present in great numbers. As a result, I crammed my school bag full of as many copies I was allowed to sign out and would manage my time exclusively for the purpose of reading them.

ERB’s concept of combining swords and sorcery with science fiction and a barbarian who acted like a gentleman was a wonderful selection of paradoxes. Only on Mars could this happen, yet it did so by science that seemed like magic. The 19th century soldier who managed to transport a copy of his body to Barsoom was one of my earliest heroes. The covers of the novels, drawn by artists like Frazetta or Rowena also drew my attention as well as any cover could.

Dynamite has surely managed to capture that same spirit as well. I was really excited to see this on the shelf and after Disney’s failed movie effort (although I have to admit that I loved every second of it), it represents quite a risk. Still, the comic variants have amazing art and Ron Marz has done a great job of capturing the essence of the prominent characters like Dejah Thoris and Captain Carter.

Abhishek Malsuni’s art is new to me, but I have to give this new artist complete credit. His art likewise manages to express the flowing robes and jewelry of the Barsoomian culture. The alien lifeforms and technology are well-represented and definitely something that ERB would have approved of, in my estimation. This was a great first issue and I’m definitely looking forward to picking up more.

The ten-year old inside me says thanks!

So, my choice for this week’s Pick of the Pulls is:

… Actually, this is almost a four-way tie. So here’s my thinking: Image released two of my favourite books at the same month. How could they be so cruel in making me choose between them? So, I can’t. Also, Men of Wrath is great, but not very much happened in this second issue other than the exception of learning more about the character of Rath’s son, Reuben. So that’s not enough to tip the balance.

So I have to give the pick this week to John Carter: Warlord of Mars!

I haven’t picked a Dynamite title in a long time, but also, this is a character that needs revisiting to introduce him to a new generation. It’s a story that includes so many diverse elements that there is something for everyone in it. I’m also pleased to see Ron Marz doing something a little more different than the Witchblade universe stuff that he’s known for. This is a great move for him and I’m sure he’s going to enjoy himself! I look forward to reading his stories with great anticipation!

Of course, it isn’t the solid day of uninterrupted comic reading that I’d love to have, but discussing four titles is enough for now. After all, there’s always next week!