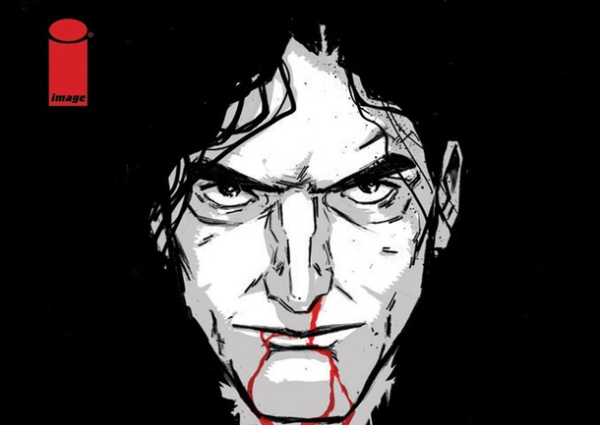 Why are my lists so short lately?

I’d like to say that it’s my discerning attitude and my perceptive taste, but I have another theory: most of Marvel and DC’s A-list talent is working on their big publishing events, reducing the amount of their quality titles.

The New 52 is probably the biggest event of all time with the complete radical re-invention of the entire universe, followed by Forever Evil. Then, look at Batman: Eternal and Future’s End though – both these titles represent weekly consistent effort over an entire year, seemingly to follow up on the aftershock of Forever Evil. But look at how many writers and artists it uses.

Marvel has been doubling its events since 2001. However, 2005 was a real change-up year. In that year, Marvel released House of M and Decimation. House of M changed the entire Marvel Universe though, forcing a plethora of X-Men titles and books to simply catch up with the changes. 2007 saw six events, including Civil War and Annihilation, whose effects can be still seen today and were heavy influencers on the Marvel Cinematic Universe.

I guess my point is: where are all the character-driven stories?

That’s where companies like IDW and Image are making huge in-roads into the market. Image’s market share alone has steadily increasing in the last few years by about 1% per year from 2012 to now currently at about 10%. It may not seem like a lot until you consider that Marvel vacillated between 34% to 30% and back, indicating little growth.

Sure, Marvel and DC still have the dominant hold on the market, but Image is growing and it’s because of its commitment to strong, independent character-driven stories that stand out. Image is a quality publisher that, in time, will eventually dominate the market. Their problem is that they need the quantity to grow.

Look at the top ten titles for September of this year:

Now compare to the bestselling hardcover and trades for September:

Events draw in the numbers, for certain. However, it’s interesting to note that 40% of the top ten trade titles are Image, though Marvel and DC still dominate the individual comic title sales. It’s also important to note that Marvel and DC have shared universes while Image and IDW don’t. Recently, IDW tried to incorporate many of its titles like Transformers, Teenage Mutant Ninja Turtles and X-Files into a shared universe event, though the titles were too diverse for it to yield any significant critical success.

Shared universes also allow for good shared story development, but draw on a lot of in-house coordination and structure. Given that most creators tend to function best in an independent, contractual capacity, this is a tall order for a publisher to manage. It’s doubtful that IDW or Image could field the administrative capacity to manage such a feat, but that’s the difference between them and Marvel or DC.

Image and IDW makes comics that are individually high-quality but can’t compete against the numbers that the larger companies generate with publishing events. So here’s a thought: what if they started their own in-house shared universes? It might give them the numbers they need to compete significantly with the larger publishers for a greater market share, but would require a tremendous amount of capital investment, coordination and not to mention an entire change in focus.

A bit of fantasy: I just want to see more comics published.

Anyway, let’s get to the list for this week: 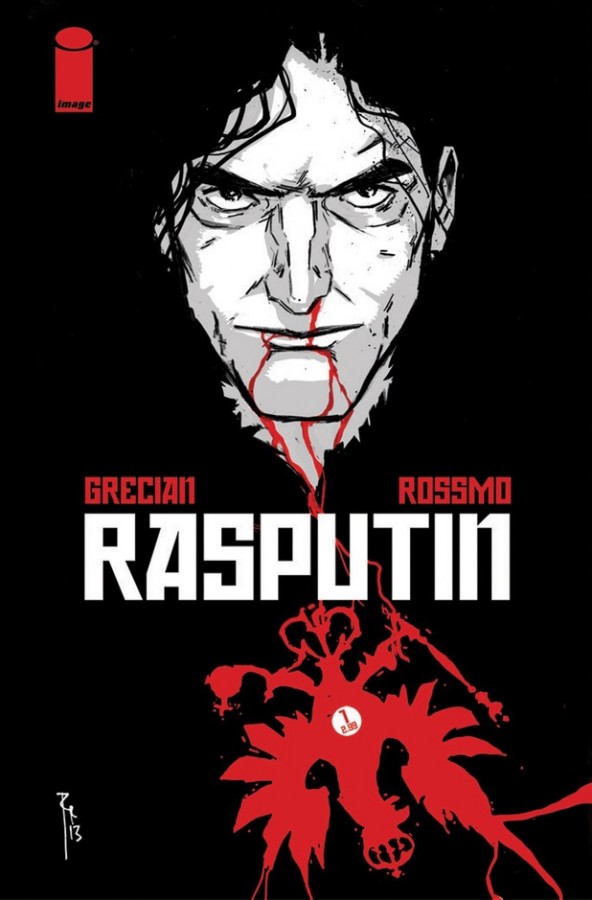 I was really curious about this one. Russian history was one of my favourite subjects at school and nobody is more enigmatic and interesting than Rasputin. The ‘Mad Monk’ was reputed to have been a faith healer and was noted for his ability to heal the Russian Tsarovitch’s hemophilia (the son of the Tsar) with hypnosis. He was known for his influence on the royal family and was possessed of an amazing endurance.

However, very little was actually revealed in this comic as to where writer Alex Grecian was going. There are hints, but to get me to want to want to see more, I need something more concrete than a few frames of Rasputin’s childhood sandwiched in between frames of his unfortunate last supper with members of the Russian Duma.

I really wanted to see more. I might pick up the second one just to be sure, but there’s very little incentive for me to do so. 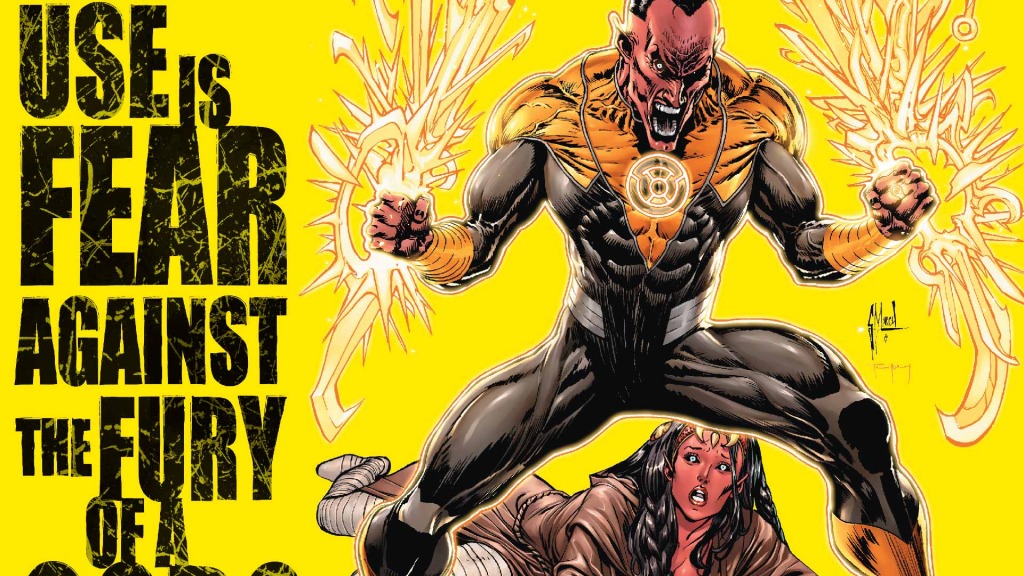 YEAH … More Dale Eaglesham art! Give me more! Can’t get enough of this guy’s work – and neither should you. Cullen Bunn does a great job of scripting the dialogue and sequence of this book, but it’s Eaglesham who brings it to life. The cover art is misleading and a bit generic, but Dale’s interior work is just stunning to look at. I wish he would do more covers.

This is a wonderful action-packed issue that sees Sinestro meet his match with the newly imagined forces of New Genesis. The New 52 is still seeing aspects of its growth and re-engineering, and this is one of them. Mostly fight sequences, with some development of some of the interesting members of the Sinestro Corps, this is a significant arc of the event that links the Green Lantern titles together titled ‘Godhead’.

Mostly, pick this up for Eaglesham. 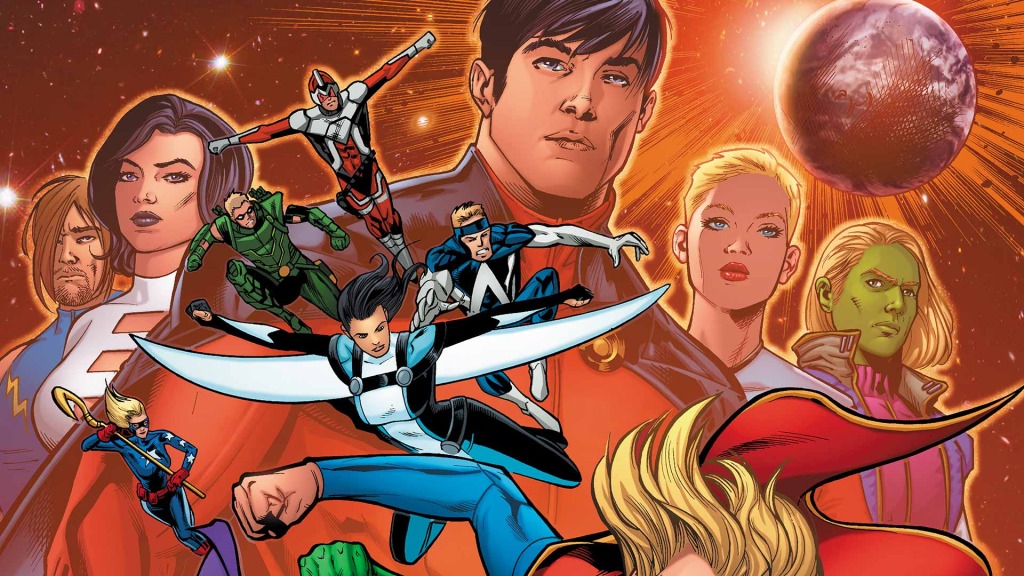 Good issue. Jeff Lemire does his best work when he has a lot of room to develop a story well and the annual is a great size for his writing style. I loved that The Legion of Super Heroes needed to come back from the future to face the new JLU. Very entertaining and a great opportunity for a team-up featuring some of the best characters from the future DC universe. 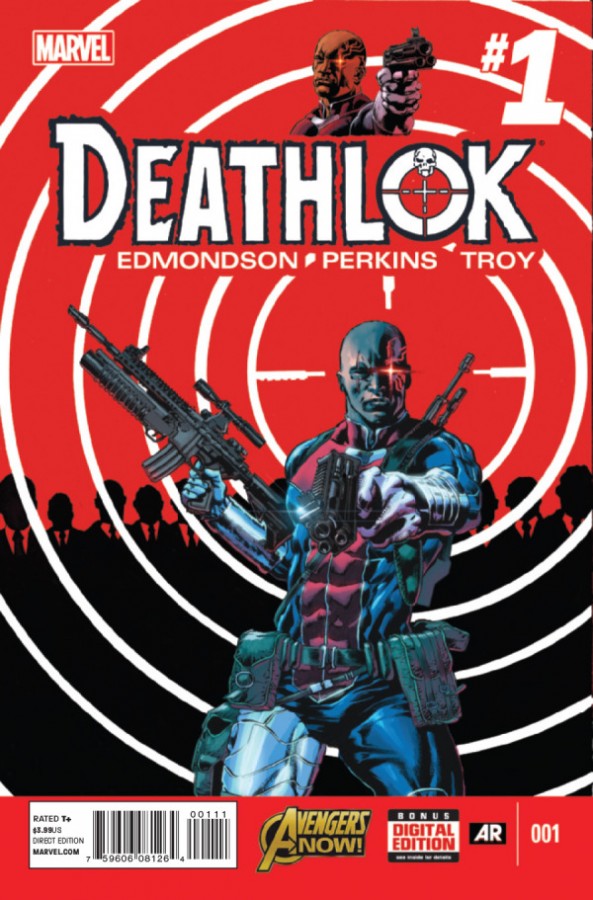 I had mixed feelings about this. First, I was overjoyed to see the Deathlok cyborg return in its own series (Rich Buckler, do you approve?). Second, it was interesting to see the Marvel Cinematic Universe affecting the Marvel Comic Universe, with obvious inspiration from Marvel’s Agents of S.H.I.E.L.D. But I’m not sure I’m crazy about this version of Deathlok, so a little disappointed.

However, on page 13, there is a file folder of the original Deathlok cyborg, Luther Manning.

That alone, gave me a degree of hope for this. I want to see Luther Manning return to Marvel. He was one of my favourite characters from the 70s yet he never really took off. So this may offer a second chance, even though there is clearly already a 21st century version on the go.

However, Nathan Edmonson does a pretty good job of introducing us to this new Deathlok and sets up a solid background. It’s definitely a good start to a renewed hero.

Without further ado, the pick of the pulls goes to:

I love the new Sinestro … he’s egotistical with good reason, he’s a powerful leader who also shows that he’s capable of strategic vision and has his own army. He’s a great master villain and this issue really showcases all of these attributes with a few mysteries on the side that have yet to be revealed.

Of course, the comic also features one of my favourite artists, so for this week, this issue is a gimme.

… and it’s part of an event-based comic series.