It was a banner comic Wednesday today! There were some really great comics to read and even a new title to pick up in my pull list. If there was a common feature in all of the books this I’ve read this week it would be: development. A lot of exciting story development in all of the titles happened and while I shouldn’t go into detail and drop spoilers along the merry path for you to inadvertently step in, I’ll give you enough description that might make you want to head down to your LCS and check some of these titles out.

The United States of Murder, Inc. #5 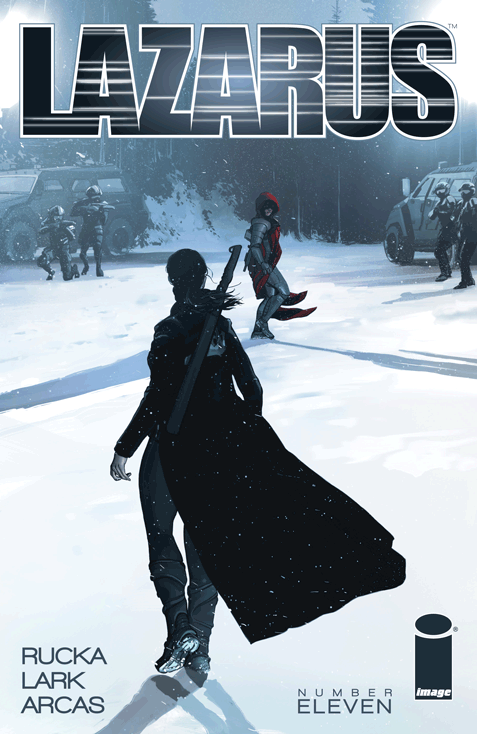 Image is where it is happening, and Lazarus has to be one of my top favourite titles right now. It’s rich, believable and damn me if Rucka doesn’t know how to string you along with just the right amount of information that will keep you slavering for more. Forever Carlyle is one of the most sophisticated characters out there and represents the real story behind powerful people. Though it looks like she may have the power and the smarts – and near regenerative capacity to withstand anything the other Families in this new world order may have to throw at her, when it gets down to it, she’s still nowhere near as masterful a strategist as her father – if he, indeed, is her father?

Some great developments happened with the escape and defection of her brother and there was some real insight into the relationship between Forever and her father. Finally , we get a chance to see how he thinks. It was a complete masterwork of character portrayal and probably the best issue of this comic I’ve read in a long time. 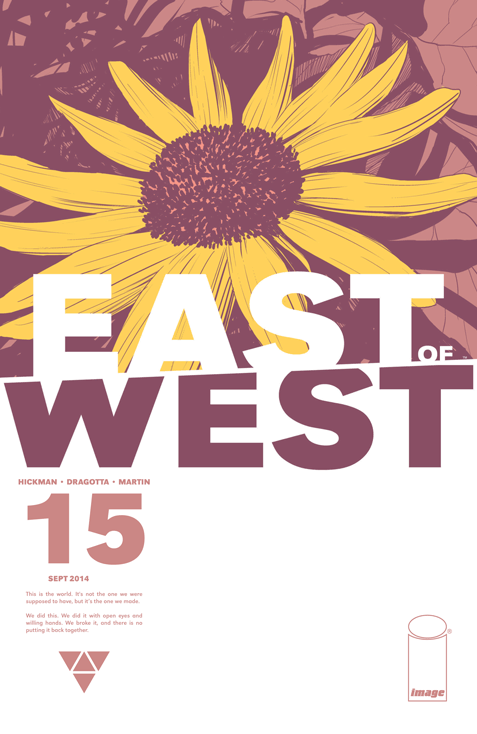 Again – Hickman gets the nod for being completely epic in style and scope. When it comes to world-building, this guy has the doctorate. I think that my only real criticism of this guy’s work is that sometimes he needs to step down from the clouds and join us here on Earth – or whatever strange planet he has created for us to get lost in.

But sometimes things need to be simplified: to give us poor simpletons a chance to catch up with this man’s brilliance. In this issue, he did that. He brought us away from the strange representatives of the new warring factions in this warped new Earth and took us to what appears to be the beginning of the endgame in this story: after a few issues worth of build-up, the Beast is finally loose.

An incredibly great story and a chance to see some of the high and might characters humbled before the power of destiny. I was really blown away by this issue.

Another great story with memorable characters. This was a bit of a touching one, actually. A two-parter, we finally learn the secret truth behind robot-museum owner, Ellie Jimson. While she is more than just the harmless old eccentric who lives in the desert with abandoned super-villain robots, we also get to see someone who has a real grasp on the important aspects of life. This issue may appear to be a simple story, but sometimes, those are the best ones to enjoy.

The United States of Murder, Inc. 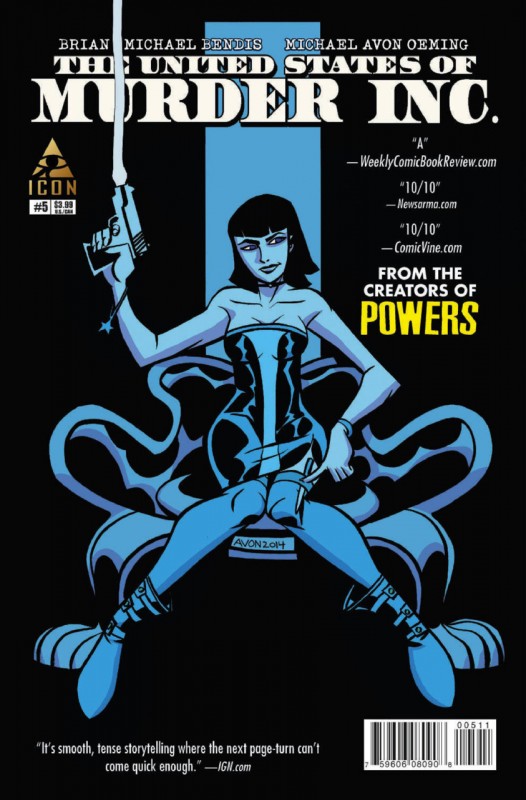 I have to say, this book is working on me. There’s some really good story-telling in this book that takes a little while to develop. It’s been a bit of a slow starter, but the progression of the characters – and getting used to the shape of this new mafia-dominated world  – has really picked up for me. I still am not a fan of Oeming’s art, but Bendis can spin a really fine yarn when he wants to and I’m okay with that. 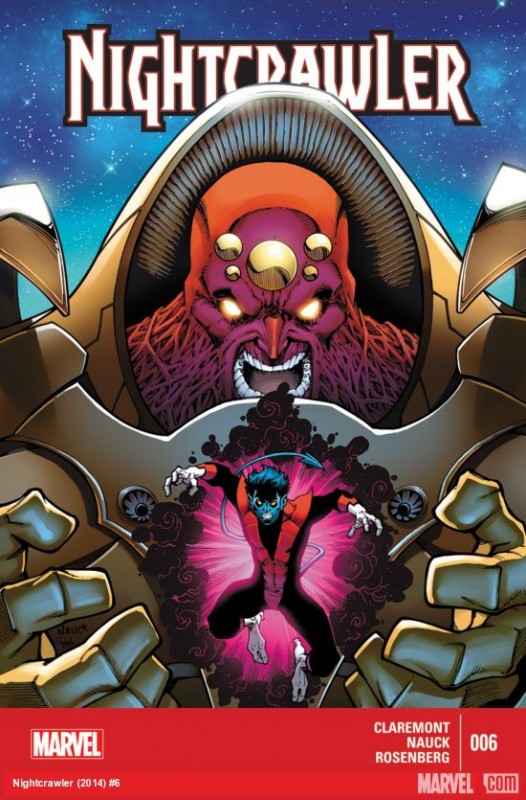 To reveal a bit of a bias, I really want this comic to succeed. There’s a lot of nostalgic stock I have riding on this book. For one thing, I’ve always been a big admirer of Claremont’s work and I’m really pleased to see him writing an X-character again. I’m also excited to see Nightcrawler back – he was always one of my favourites and while his return may have been a bit of a stretch – he’s back and I’m happy with that!

Todd Nauck’s art is so reminiscent of Alan Davis’s that it’s almost like reading an issue of Excalibur. For me, that’s a great thing. Excalibur should never have ended and all this comic needs is an appearance by Captain Britain (another of my favourites) to show up. The scene in last issue when Nightcrawler and Kitty Pryde hugged really evoked those memories. If Claremont has forgotten anything, it isn’t the relationships between his most memorable characters.

This was a great issue: Kurt and a neophyte X-Man investigate the appearance of a new mutant (sigh … that phrase just brought the 80’s back to me in a retrospective wave of immense pleasure) and it is exactly what my  X-Men were about: rescuing single mutants instead of entire classloads of them. The X-Men worked really well when there weren’t so many of them and Claremont has brought that focused dynamic back to Marvel’s world of mutants. 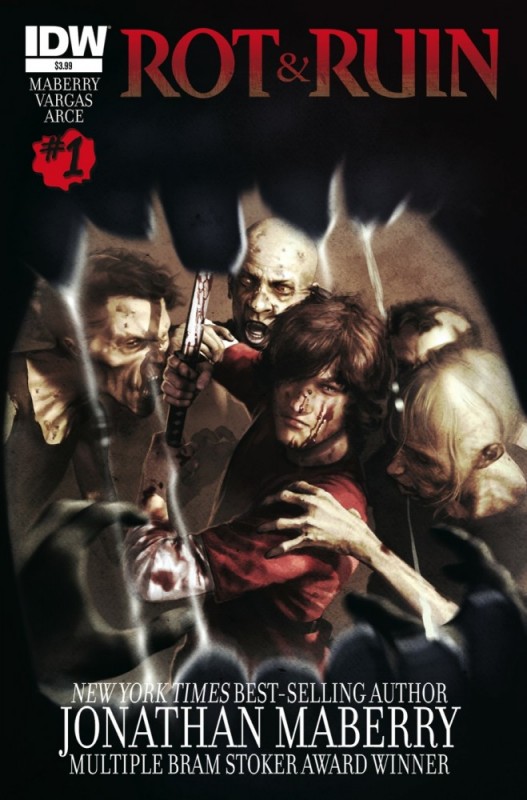 This is an adaptation of Jonathan Mayberry’s young adult zombie world thriller. It was a pretty good offering but then again, IDW is no slouch in picking up decent talent. I have to say, this was a great version and definitely had all the right angles to attract a younger audience back to the world of comics. It’s smart, audience-focused and what I liked best about this is that there was a lot of adaptive thinking in dealing with the zombie population. While it still has the typical zombie story features that one would expect to see in a book of this genre, it also showed characters who were able to use their brains for planning, adaptation and problem-solving – and not just for zombie fodder. These are skills that we want to see in our young people and I think this book managed to convey some of those values. Definitely a story success as well as a success in story-telling.

For this week, the pick of the pulls goes to:

Greg Rucka’s tale of a corporate family-dominated world in the future is simply the most creatively-detailed story in comic-dom. It’s scope is truly wide-ranging yet contains enough details to effectively quell any disbelief. Lark’s art is really stunning and a joy to behold. It’s just simply a fantastic world and is a book that needs to be read as a good example of near-future fiction.

So, like I said: a banner week in comic reading. I hope I haven’t revealed to much for you but given you something to fun to look forward to. After all, this is what comics are supposed to be: pure fun. I defy anyone to tell me that they don’t have fun when pulling up a huge stack of comics and going through each one – preferably with a good snack close at hand.

This week was one of the best reads I’ve had in a long time, and I hope yours is too.