I try to look for patterns in whatever I read – it’s the teacher in me. If I can find the patterns then I can better relay them to my students. They need someone like me to point out the similarities in plots, characters, art styles, historical precedents, etc.

This week’s pick of the pulls has a lot of similarities;  it’s a big list, so it shouldnt be too much of a surprise. But if you look at them carefully, you might be entertained by the relationships.

The United States of Murder, inc. #2 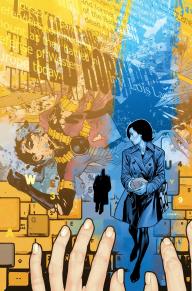 The weekly saga continues. I’m still liling it. There are a number of questions popping up though that I want answered. The weekly turnaround is great. It’s giving me my fix faster and questions like why is Superman wearing a mask will get answered a lot faster. Given the recent Doomsday story though, i can make a bet its bcause of that. I’m also hopeful and betting that it’s an attempt at universal continuity … which I like to see. When you have a new universe, relationships matter because they provide authenticity for your story concepts. So Future’s End is working for me. 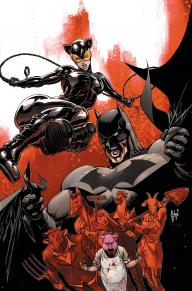 Here’s the first repeated pattern: the other weekly series in the DC line-up. Again, it’s still working for me, but I found this issue a little rushed. In a perversely sadistic way, I was actually hoping for more retributive interaction between Falcone and Selina Kyle, but that never really came about in the way I was expecting. Read it for yourself: you’ll see what I mean.

I wasn’t too keen on Riccardo Burchielli’s art in this one either. Even that had a hurried, half-finished feel to it. Dont get me wrong: the story is still enjoyable, but I didn’t feel this issue matched the quality of the previous issues to date. 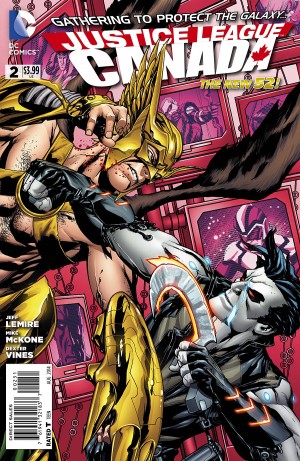 … or Justice League Canada #2, if you prefer, depending on which variant cover you bought. I picked up both of them, of course, but I truly think that DC should keep the Justice League Canada moniker. Maybe it’s blind patriotism,  but there really hasnt been a mentionable Canadian focus in any of the major comics since Alpha Flight … and that never really picked up, I’m extremely sorry to say. I think DC needs to pick up the torch and blaze some more trails again.

This had a real old-fashoined serial-style storytelling feel to it. Given that it’s renewing Adam Strange as a viable property again, it’s really entertaining to see that Silver age comic style back again. Jeff Lemire is surely having some fun with this new title.

Infinity Man and the Forever People #1 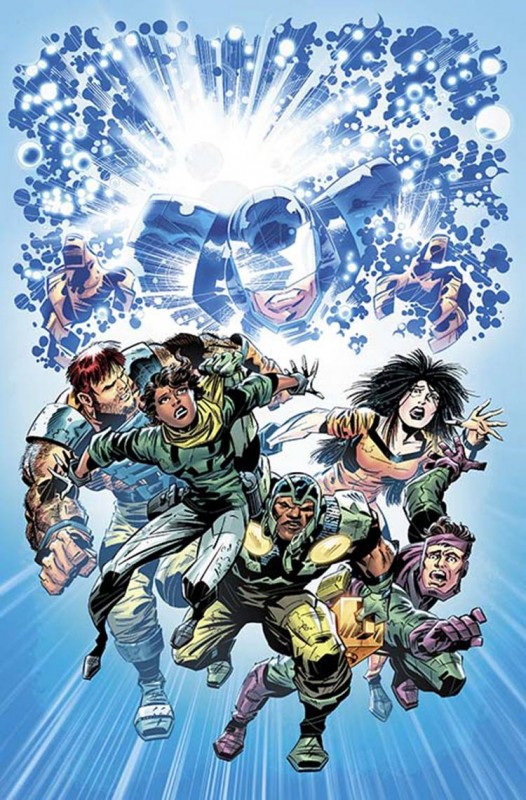 Speaking of Silver Age comics, here’s a comic, like JLU, that’s tapping into that vein as well. The present generation of young comic reader might not remember Jack Kirby’s Fifth World material from the late 60’s and early 70’s, but the Forever People were  byproduct of the peace-loving flower children who had a desire to rid the world of its evils and injustices.

Kirby tapped into this movement and created a group of naive young students of the Highfather from New Genesis who travelled to earth to help it. Part of their charm was their innocence when confronted with society’s excesses and ailments. However, it was a short-lived series that died out after the Nixon days.

Dan Didio and Keith Geffen have done their best to recreate the same feel. Fir the kost part, they’ve succeeded: the art is certainly Kirby-esque and the characters seem like resurrected versions if their 1970’s selves. There obviously has to be some variation allowing for the New 52, but that was the point of the New 52 in the first place: to provide a new forum to renew old properties.
The sad thing is, I don’t know if this series will take off. I’m pretty jaded in my old age and I think that a naive group of super-powered flower children arent going to fit into the 21st century. I liked it, but I’m afraid that just might have been the nostalgia getting the better of me. 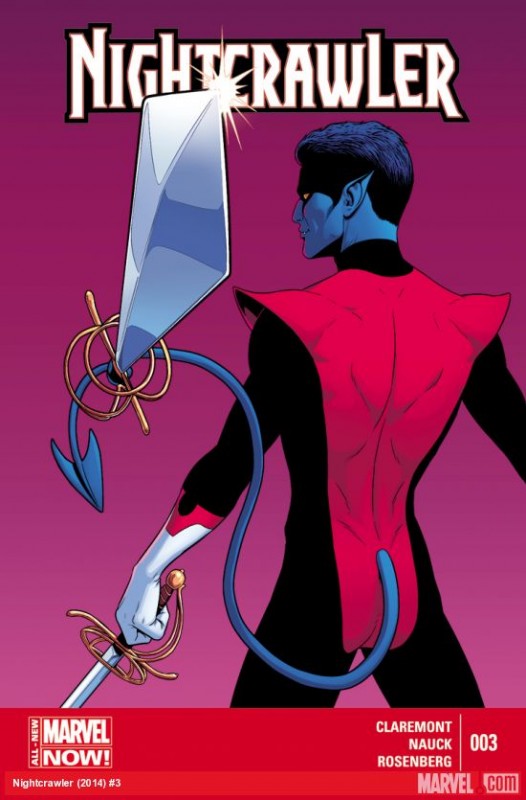 Speaking of nostalgia, here we go again. I am really happy to see one of my favourite X-Men alive again, as well as seeing Claremont write the X-Men in the way I remember. I just don’t think that Claremont can mesh his perception with the multiple versions of the X-men currently out there right now.

The story seemed a little forced and when Nightcrawler remarks to Storm that he brought his friends to the X-Men for help “because that was what the X-Men he remembered would do”, I couldn’t help but think that was Claremont’s voice, wistfully remembering the X-Men he and I both knew. If Claremont continues to write this title for another five issues, I’ll be truly surprised. 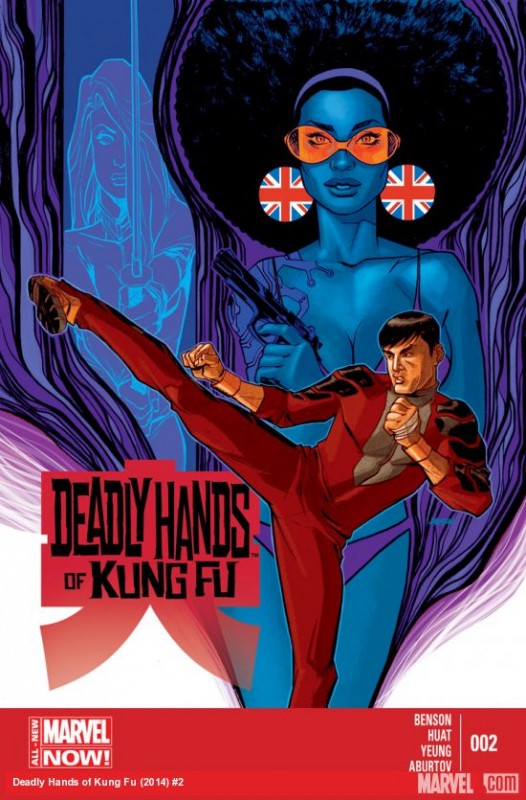 Oh man … another romp down the 70’s path. Martial artists running amuck in London’s downtown district just forces you to think back to Bruce Lee’s “Enter the Dragon”. I am loving this title and the appearance of Misty Knight and Colleen Wing aka the Daughters of the Dragon, is another fond reminder of Marvel Comics in its heyday. Good story and great characterization. I love seeing Shang Chi again. 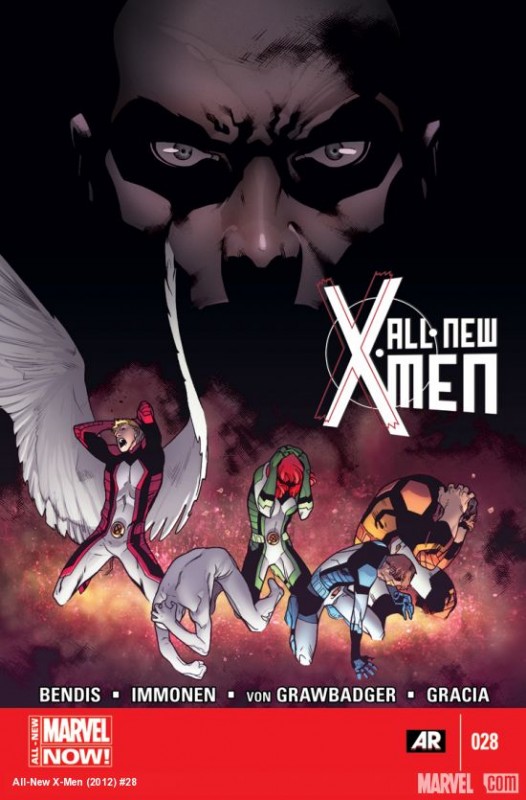 Nostalgia, but this time it’s mis-placed. Like I said: I’m an x – junkie. But a metaphorical ghost of Charles Xavier has made an appearance in the last few issues of this title.  I am so desperate for his ressurection as the divine act that will re-unite the X-Men and deliver them all into some sort of unified story with only two ir three major comic titles that I’m willing to continue to pick this series up.

Am I wrong? Do I have a problem? Someone let me know. 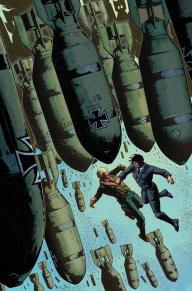 Speaking of problems … yeah, I just developed one with this comic.

I have been loving this concept and have been willing to put up with weird relationship between the royal siblings, but the recent development in the story in this issue by the British King has left me with a degree of disbelief.

You see, I have really enjoyed Rob Williams’ marriage of fact and fantasy in this story. The legendary British courage against overwhelming odds coupled with the idea that the royal family has super-powers and uses them for the defense of the realm completely resonates with my own love of history and my British ex-pat nature.

I have a hard time accepting what the King of Great Britain does in this issue. Rather than me spoiling it for you, this is something you should read for yourself and see if it’s something that bothers you or if it’s just me being a judgemental Briton. It only has one more issue left so I’m biting my nails in anticipation of a victorious outcome! 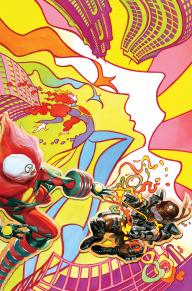 Normally I have nothing but high praises for this title. It’s Kurt Busiek, for God’s sake, after all! But much like the King of England’s actions in the last title, this one was a little hard to accept as well. The storyline seemed a little too pretentious and preachy for my tastes. What I liked about this series when it first came out was that it tried to connect super-heroes to mundane life and all of its banal concerns. It showed us that super heroes had real problems as well. Conversely, the regular folks they depended on also had problems of their own that ranged into the heroic levels. It was a refreshing shift of perspectives and it was really entertaining.

This issue was really esoteric with the appearance of a cosmic traveller who visits our planet. It was also presented in a jumbled set of time perspectives that really made it difficult to keep focused on the storyline. It wasn’t the best this title had to offer, and for a writer of Busiek’s stature, I was expecting more.

The United States of Murder, Inc. #2 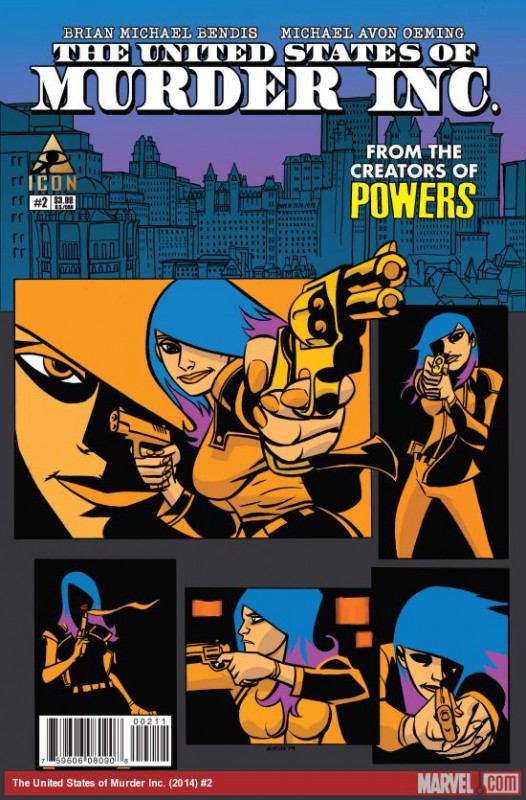 Do you remember me talking up the first issue of this title last month? Well, it’s an offering of another iconic comic writer – Brian Michael Bendis. This one doesn’t fail to deliver. An alternate history of the United States in which the mob families have taken over most of the US, even out rightly identifying Kennedy’s assassins; it’s a really compelling story and I’m enjoying it.

What I’m not enjoying is the art. I just find Michael Oeming’s art too cartoony for a story of this stature. It lacks the gravitas that this type of a tale carries with it. The idea of the mafia families all somewhat united in their contest for power over the American homeland is an epic-scale concept and Oeming’s art simply doesn’t convey that sense. Not to say it’s bad … I just don’t think it’s the right style for this type of story. 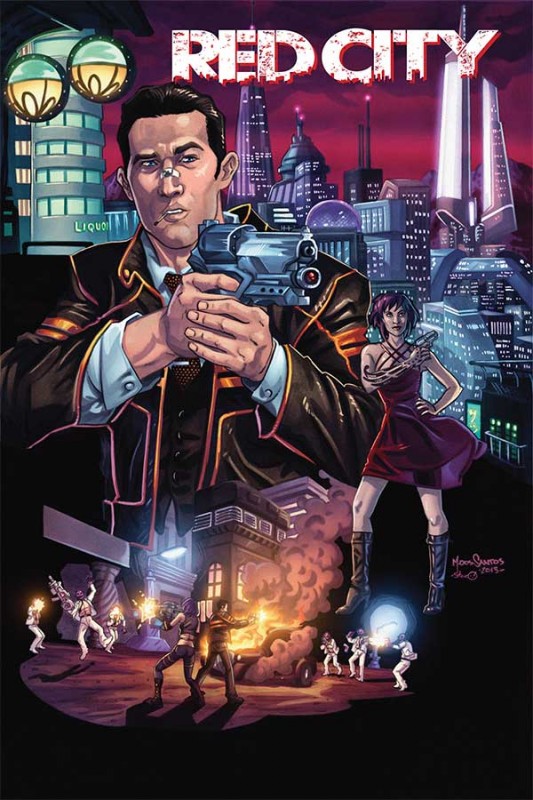 Daniel Corey’s latest offering, paired up with artist Mark Dos Santos, is another crime-oriented story but this one is set on Mars. Well, it’s actually based in the solar system. You see, in this comic, all the planets are united under a political entity called the NSS – New Solar System. Each planet behaves much like a state does under a republic and the hero of our adventure is an irreverent Federal Security Officer called Talmage who has to find the missing daughter of the Mercurian ambassador.

It’s a simple crime noir piece set in the future. It’s direct, easy to understand and completely believable. I had a lot of fun with this comic. The idea is pretty conventional but the characters are totally realistic and endearing. I really liked this comic and am looking forward to Issue #2. Another great creator-owned piece of work form Image Comics. 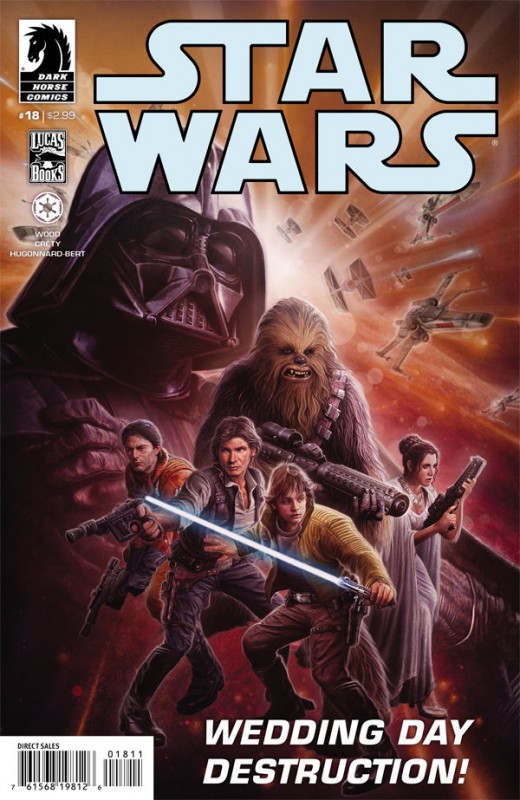 As one series begins, I have to ask: is this series over? Because on the final page, the bold letters “THE END” featured very prominently at the bottom. Now I’m hoping that was just the end of the story arc and that we have at least a year left with this amazing series from Dark Horse, but if not, then despite this being a great conclusion to an awesome story arc, this was not the way I wanted to see this series conclude.

Seriously, Dark Horse Comics has just created the very best in Star Wars comics and I don’t want to see them end it. It’s been a re-energized portrayal of our favourite Star Warriors and as a fan; it’s been a total blast to see these new adventures.

So that brings us to the pick of the pulls for this week. And the honour goes to:

I simply enjoyed reading this comic the most this week. It just goes back to that very simplistic style of presenting an easy-to-understand story that doesn’t try to trick or subvert you. It sets you up with a great teaser and it’s a really good basic sci-fi premise.

A close second was Deadly Hands of Kung Fu, but it was because of that love of established fictional style. 70’s martial arts versus 1920’s style crime noir … but on another planet.

We can see the similar patterns in all of these comics: building on the success of previously established character concepts or story formulas. You can say that this might border on the unimaginative or non-creative, but I just think it’s a case of experienced writers recognizing what works.. And what doesn’t. It’s what successful writers do to connect with their audience and how teachers instruct their students what to look for when decoding literature.

That’s it for this week!