Captain Kirk’s Pick of the Week: Star Trek: The City on the Edge of Forever 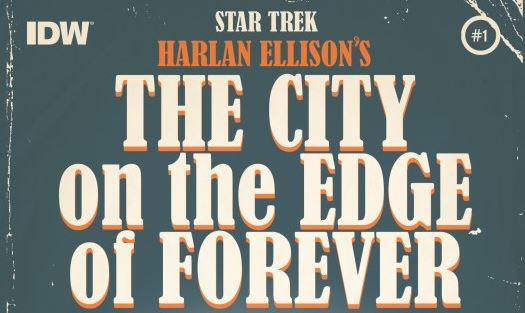 Another short list this week, but quantity doesn’t equal quality.

If I can give you any advice, start paying some serious attention to IDW. With 6.5% of the comic market share, they’re growing and are a truly innovative and accomplished publishing company. And with the license to write Star Trek comics, they’re doing some amazing work in this area.

But I’m getting ahead of myself. Let’s take a look at the picks for this week:

Star Trek: The City on the Edge of Forever #1 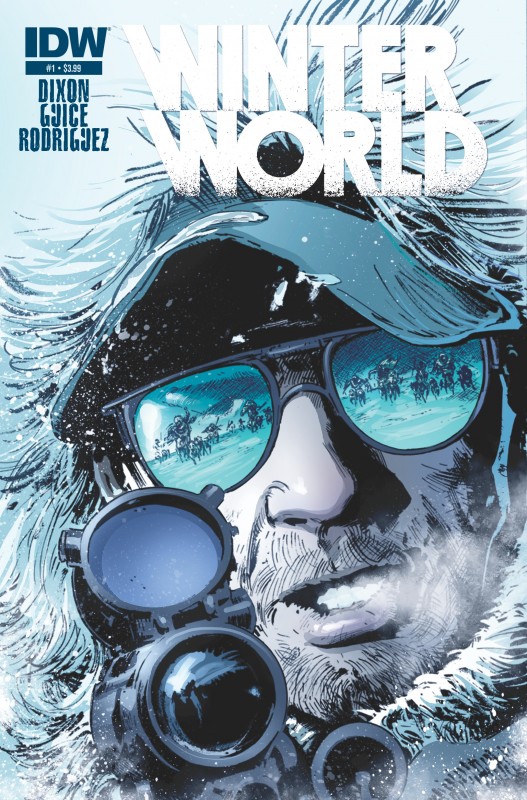 This is a post – apocalyptic story set in a frozen world. It seems to be the popular topic of choice for creator-owned stories these days. Scott Snyder’s The Wake or Hickman’s East of West are just a couple of titles that easily come to mind when thinking about this sub-genre.

I remember when I was a kid and all the post – apocalypse stories were all as a result of nuclear war. Strangely enough the aim of these stories was supposed to be a positive one in that despite the holocaust, life still persisted. The same theme exists in these new stories, with their surprising and creative ways to destroy our planet.

We haven’t been told a lot about why the planet is in the frozen shape it’s in, but we know it’s been that way for a while. So while there is a definite lack of explanation, there is a lot of character-building. I have to say that I’m curious. Why the savages? Where exactly are Scully and Wynn? Chuck Dixon has given us a lot of questions and hopefully some of them will be answered in the next issue; at least enough to keep us reading.

In as much as Dixon has given us a lot to think about, Butch Guice has given us a spectacular amount of images to look at. Guice’s work is starkly magnificent. Snow is this guy’s medium and the one scene where we come across a deserted aircraft carrier in the middle of the frozen Caribbean is the most striking one in the issue. The art alone makes this book worth picking up.

Star Trek: City on the Edge of Forever #1 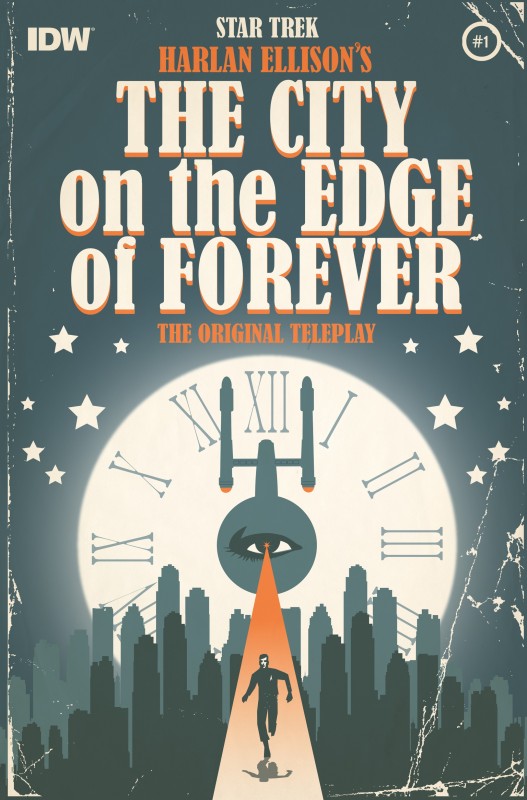 This is the comic adaptation of Harlan Ellison’s original teleplay for this monumental and fan-favourited Star Trek: TOS episode … and it’s not what you might expect.

My last name is Kirk … I’m a Star Trek fan from wa-a-a-y back, and “The City on the Edge of Forever” is a classic favourite of mine and I was completely blown away by the recreation of the original teleplay. It’s nothing short of amazing. In fact, it may even be better than the actual episode. What’s more, it has Harlan Ellison’s approval.

Painted art by J.K Woodward and comic adaptations by Scott and David Tipton … this was a complete re-visit of the original script as Ellison had intended, instead of the actual one that was televised. There’s a completely different protagonist, reason to visit the Guardian (who, in fact, turn out to be plural) and just a fascinating look at what could have been. I’m hungry for more and really want Ellison to sign my copy if I ever meet him. Wow … just wow. 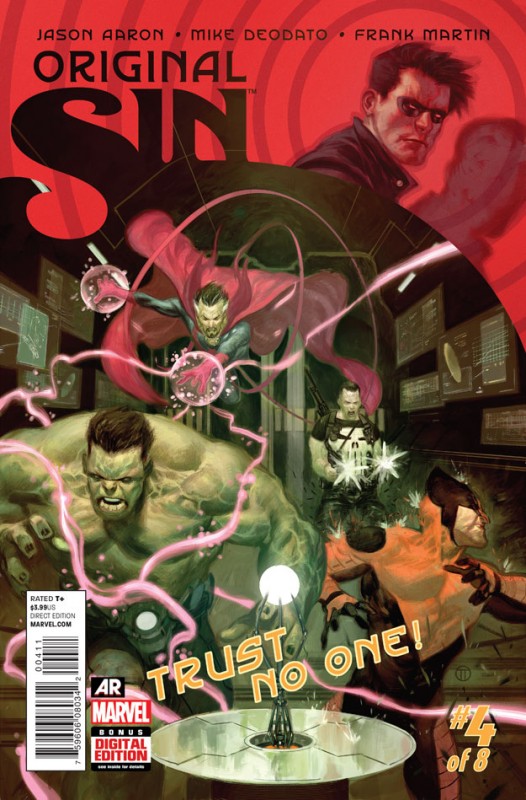 I’m starting to see a bit of acceleration in this story now. Of course, now that we’re learning that it’s halfway through the mini-series, isn’t it about time?

I can’t say I’m overly impressed with Marvel’s foray into the weekly scene. The character choice and usage is extraneous and seemingly purposeless. It’s like the editorial department were tired of seeing Captain America and decided to enlist some other talent along with a crazy assortment of top-of-mind and out-of-place characters like Gamora, Rocket Raccoon and Moon Knight. I don’t buy it.

Still, the reveal at the end of the book managed to both enlist my surprise and disappointment at the same time. Have a look and decide for yourself. 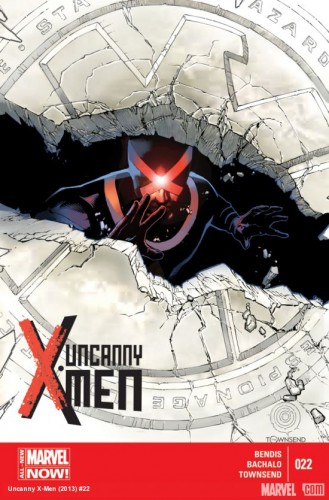 Sigh … I can’t help myself.

However, at least there was some resolution in this issue and … some errors were fixed, another time-travel thing … blah-blah-blah.

When did my X-Men get so banal? I mean it … I would really like it if someone could pin-point the EXACT issue when they got so dull. Was it the 90’s? Will the horrors of that decade never end?

Anyway, I don’t think Bendis cares about this franchise. How many comics is he writing? There’s very little direction to this comic and it’s really difficult to discern the passion out of it. I don’t want to see Claremont back on this title; I’m content with him writing Nightcrawler, but get someone who actually likes the X-Men to write them. While we’re also creating our fantasy wish-lists, can someone tell Chris Bachalo that he’s not allowed to draw this title?

Okay … I’ve gotten that off my chest. Thanks for paying attention.

Relapse. I’m going to fall into a rant again. I apologize in advance.

Basically, this is the issue that was used to explain Batgirl’s departure to South America. While the premise is fairly weak in this issue, why, oh why, did they assign the art to Ian Bertram? The most striking feature in this comic is the absolutely low quality of drawing skill present in it. Seriously, think Monty Python interstitials combined with some tripped-out anime artist and you have Ian Bertram’s style. What’s with the overly exaggerated obese women? It’s absolutely terrible, and I don’t feel bad stating that.

Tim Seeley is the script-writer on this issue and it’s a little ridiculous too. El Goucho – the Argentinian Batman shows up (which gets me thinking that this is also an excuse to showcase more of the Batman, Incorporated heroes) as some farcical, over-the-top, Latin caricature. Why is the Argentinian Batman in Brazil? This happened in the last one where the Japanese Batman showed up in Hong Kong. If this is going to be a familiar pattern, then it’s going to demonstrate a complete lack of geographical knowledge. This issue is so blatantly bad that it totally fails to take in any recognizable representation of these characters. I’d go into the examples but I don’t want to present myself as a character-obsessed nerd-type.

In all honesty, it’s a terrible issue. This is what we call “gap filler”. If you’re collecting this series, you HAVE to buy this simply to fill in the vacant hole in your collection, and that’s the only reason. It’s horrible. 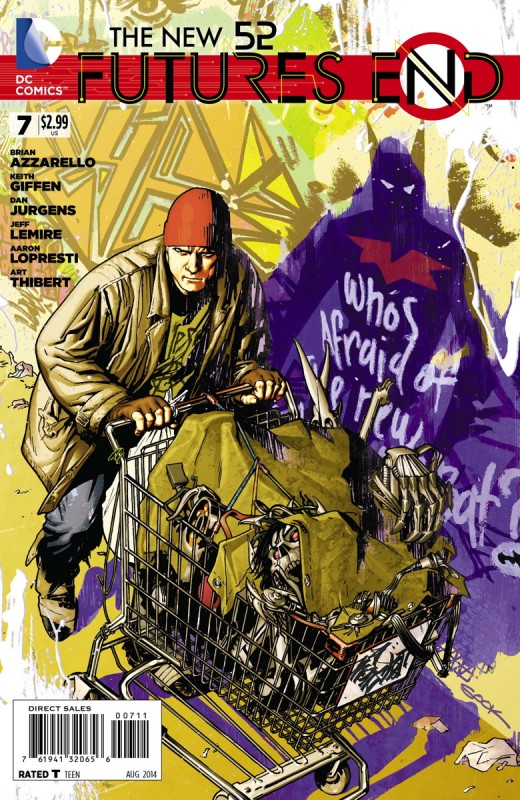 Phew. Some redemption for DC.

I didn’t mind this one. It’s a bridge issue. It maintains Mr. Terrific’s interest in the future Batman while also going into the continued relationship problems between the Firestorm personas, but before I give it all away, let me just say that this is a housekeeping issue. It’s nothing in itself but it does continue to build on the foundation with the characters I’ve just mentioned in addition to some others. It’s not a great issue, but it definitely provides foundation for the rest of the developing story.

Well, that’s it. So the pick of the pulls for this week is:

Star Trek: The City on the Edge of Forever #1

Wow … I’m completely overwhelmed by how wonderful this is. There’s a recent resurgence in the interest of the Star Trek original series and a desire to see them continue. It’s impossible for Shatner and the other veterans to don their familiar roles of the 1960’s, but that doesn’t mean that there aren’t other ways for them to continue and IDW is doing its best to see that happen. There is some seriously cool stuff happening at IDW and this is an example. I just pray that they never stop.

I’m looking forward to following this series. If you’re a Star Trek fan – you need to, as well.