There are some awesome selections for you to consider this week. Astro City and Star Wars released on the same day makes for excellent comic reading! I love both of these titles, so, while I hate to drop hints so early, it’s hard not to acknowledge how great these two books are.  So here’s the list for this week:

The United States of Murder, Inc. #1

The Deadly Hands of Kung Fu #1 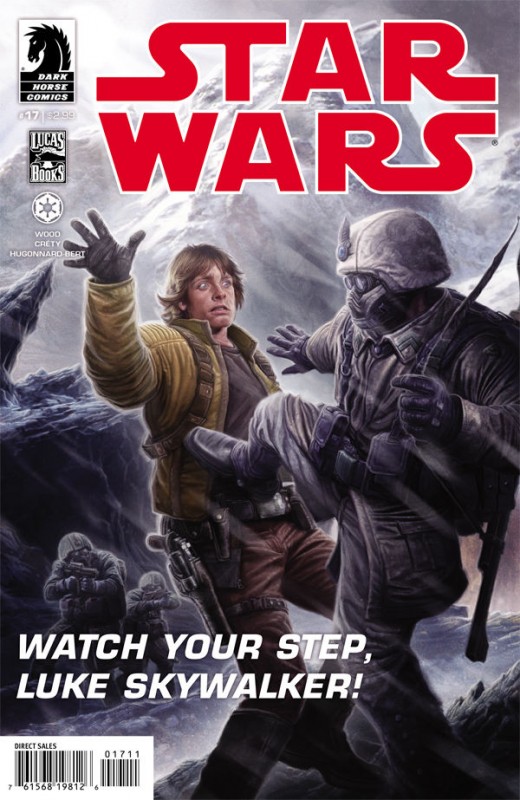 Probably the best thing that Dark Horse has recently put out, and they must know it, but it must be such a bitter experience. It’s like those folks who are being laid off in a month but have to spend their time, finishing projects and meeting deadlines before they have to leave the office. Given that the license for Star Wars passes back to Marvel, I can’t help but feel for writer, Brian Wood and artist, Stephane Crety. This is an excellent comic that successfully conveys the idea that the greatest adventures happened in between Episode IV and Episode V and they’re all right here in this comic. I hate it when I finish reading this book. 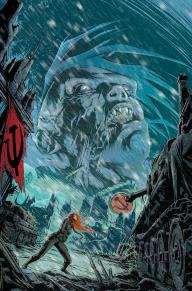 I am completely mesmerized by this re-imagining of World War II. With the added bonus of the royal bloodlines of Europe creating super-powered beings, it’s a completely fascinating read. A shame that it has to end in only six issues, but this also shows that Rob Williams knows what he’s doing. The problem with alternate histories lies in how they are resolved. Even though this is a fantasy, it still has to end believably and alternate histories can be extremely challenging in coming up with an acceptable ending. Ending the story in another two issues is probably the right call before too many other alternative plot-lines are opened up and unresolved. This is a good story. 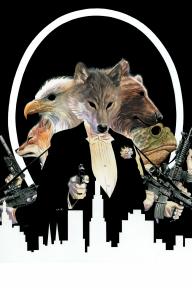 What a lovely piece of character-driven fiction. Kurt Busiek outdoes himself with this addition to the Astro City compendium of tales. What really sets this particular story apart from the other wonderful stories is its emphasis on an unknown character and the main characters are simply part of the background. Busiek has created this amazing world where there is enough room for all to play in. It’s truly a great book and this latest offering has to rank as my favourite out of the last twelve issues he’s written. It’ll be an excellent hardcover, but for now, go out and buy these piecemeal to savour individually. 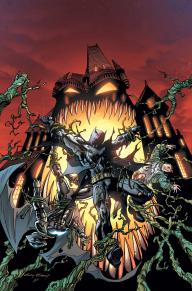 A dual-track plot in this issue, and I have to say that this comic is starting to work on me. The multiple writing talents present on this series is paying off. I also have a new appreciation for the Batwing character, especially with the team-up with the Spectre while Bruce Wayne tackles the on-going crime war that’s brewing in Gotham. I was concerned about the lack of focus, but this team of writers has kept a fairly tight storyline while involving multiple characters. It’s been a refreshingly good piece of innovative writing and is worth your attention.

The only complaint I had about this particular issue is the truncated storyline in order to preview John Romita, Junior’s Superman #32. I get the need to hype up Romita’s work, but not at the expense of a developing comic. I just don’t agree with the editorial decision on this one. 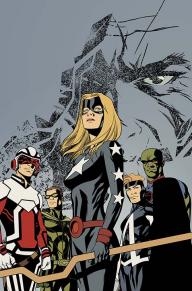 The variant copy of this issue is titled Justice League Canada #1. I wrote about this earlier with the release of Justice League United #0 that came out on Free Comic Book Day. Jeff Lemire told me that it was a great to make use of under-developed characters like Adam and Alanna Strange and you can really see the cosmic angle of this story take root in this issue. It’s a fun romp and brings back pre-New 52 stuff, like the Zeta-Beam, the Khunds, and an interstellar plot to create an alien menace. Plus, it’s also cool to see Lobo back in action again, even if it’s the New 52 form. I miss the shaggy, psychotic Czarnian.

Also, even though Jeff said that the Canadian jokes would get a little old, there are still a few references in this issue that I found delightful. This isn’t a bad start. I enjoyed reading this and I’m looking forward to more issues. 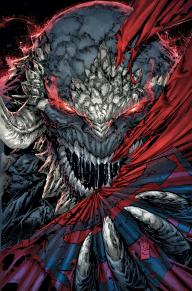 This is a one-shot issue that promises a new take on the Doomsday saga. I have to confess, I almost didn’t pick it up. Superman has never been one of my favourites, and for me, Doomsday should have stayed a one-timer: a creature that can kill – and has killed – Superman. But, in the New 52, all ideas are new again, right? So I gave it a chance and it actually wasn’t bad. It creates some changes that might have some reverberations in the other Superman titles, but other than that, I don’t think it’ll make any huge impacts in the DC Universe, particularly when Forever Evil is still incomplete.

The United States of Murder, Inc. 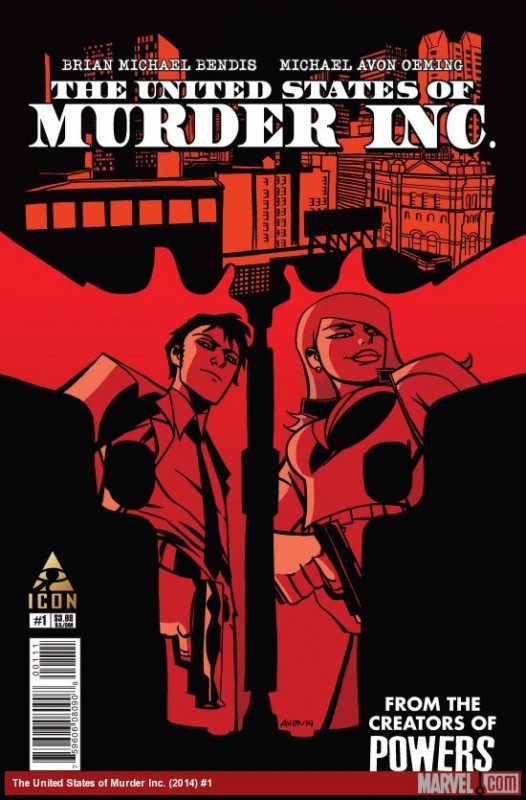 This one completely took me by surprise. I wasn’t expecting this storyline to be as entertaining as it turned out.  The story is a little long … but the pay-off at the end is certainly significant. It’s set in a near future when the USA is dominated by the Mob. But what happens when the government tries to restore its prominence? When you get to the end, it completely changes your perspective on the whole book. If you’re a fan of mob fiction, then this might be worth your while. 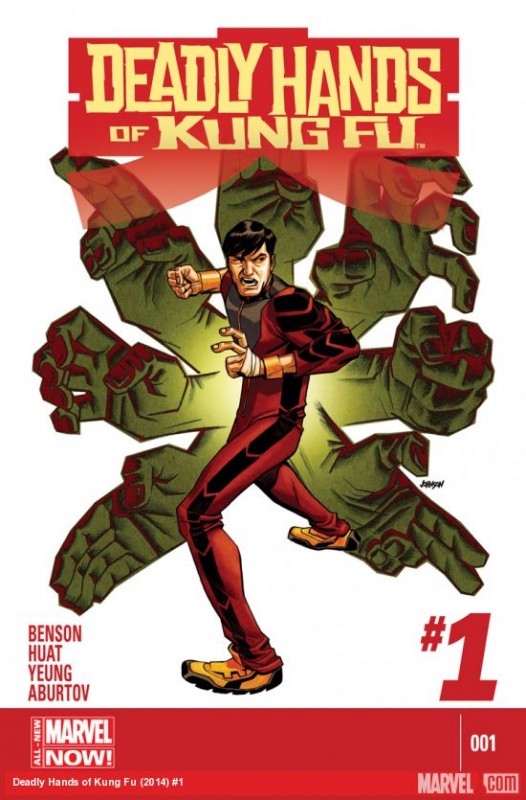 Yes! Shang-Chi is back!

I don’t know why it took this long to utilize this character in his own book. What was even better is that writer, Mike Benson, has wasted nothing from Shang Chi’s background. The Tiger Dojo, the White Dragon and even shady characters from Shang Chi’s past are included. Woven into this background tapestry is the trappings of British Intelligence (MI-6), which even hearkens back to Shang-Chi’s Fu-Manchu origins. There’s a lot in this first issue which made me sit up and take notice. This is definitely a number one issue worth purchasing, especially if you are a fan of the martial arts genre. 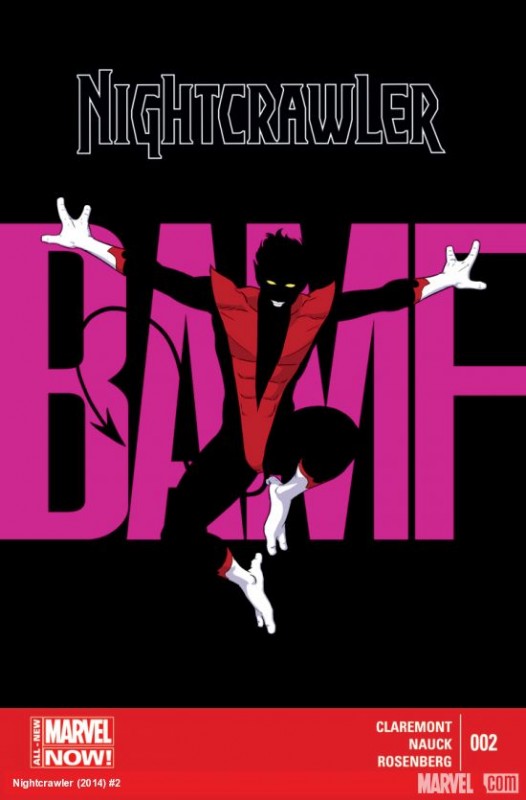 There’s a lot of action in this comic which, despite his prolonged absence from an X-Men title, Chris Claremont can still write with the best of them. You know, I really had a hard time wanting to like this book, but it’s pretty good, I have to admit. Granted, the appeal is the return of another dead character, which as a device, is old. But, like I wrote in an earlier review of the first issue of this comic, I’m just glad that Nightcrawler is back and Claremont is delivering him in true swashbuckling style.

Just don’t get him started on Jean Grey!

The Pick of the Pulls for this week is …

I love it. I don’t want this series to ever end. As far as I’m concerned, Dark Horse has created the definitive Star Wars comic but sadly, the licensing rights will transfer to Marvel. But, as long as it’s still going, this gets my vote.

Astro City was a close contender. It’s an amazing storytelling experience and truly epitomizes what is great about comics, but for this week, given the limited time we have to enjoy Dark Horse’s work, we need to appreciate it while we have it.

What was great about this week was the array of great comics to read. There really weren’t any titles to complain about! So hie yourself over to your local comic shop and pick some of these titles up and treat yourself to a great week’s worth of reading!