Captain Kirk’s Pick of the Pulls: The Fuse #4

I could say that my other job is pulling me away from comics … but naah! I’d never give up reading my books!

Guardians of the Galaxy Prelude #2 (of 2)

Guardians of the Galaxy #15 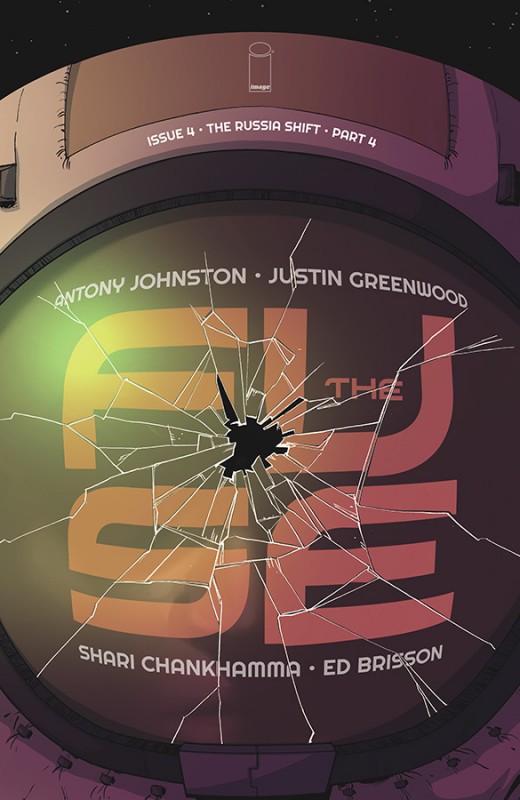 This just gets better and better. What a great crime-noir style story in space. I love it, you’ll love it too and it’s one of those science fiction stories that’s solidly rooted in believability. Man, oh man… there are only four issues out. Scamper out right now and see if your local comic shop can hook you up. It’s worth the effort… trust me. 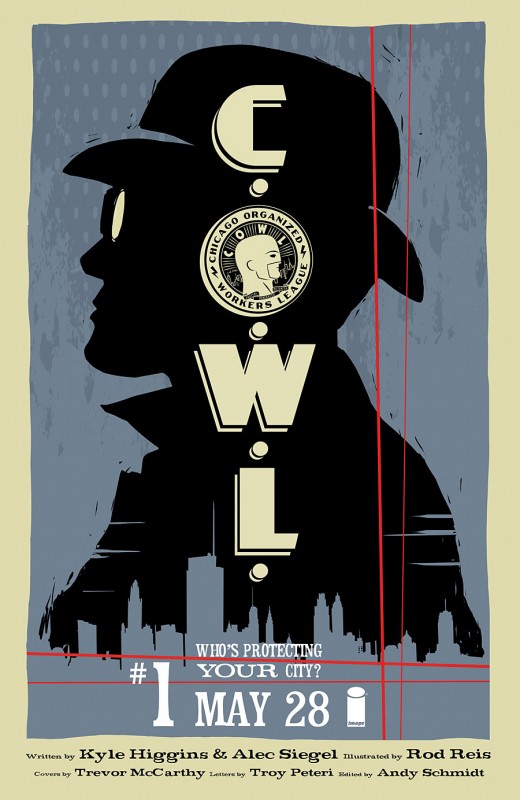 It’s an interesting premise – an organized group of super-heroes in the 1960’s that functions like a unionized police force, but the moniker’s all wrong. C.O.W.L. stands for Chicago Organized Workers League which works for the unionized angle, but “Workers” gives it a too generic feel. I wasn’t too enthused about this story; I think it needed more introduction to the team and more backstory reveal  in addition to a direction at the end of the comic. Maybe it was the colouring or the Sienkiewicz-style art but it was also a fairly bland comic: the costumes were difficult to discriminate from each other and even the dialogue seemed fairly uniform. I’ll give it a fair shake and keep up with it for a couple of issues and see where it goes. For a first issue though, I was really expecting more. 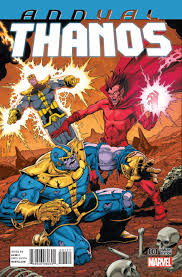 It’s an excuse for Jim Starlin to do what he does best: cosmic Marvel. I’m a little torn – the comic itself isn’t anything monumental. You’re not going to miss anything cosmically significant in Thanos’s life, but I love Starlin’s pace and treatment of the mad Titan. I also love Ron Lim’s pencils especially about my favourite villain.

Marvel’s really trying to cash in on the Guardians of the Galaxy buzz, and so they’re throwing everything except for an alien version of a kitchen sink into the mix to see what they reap out of it. This is just one of those things they’re tossing at the wall to see if it’ll stick. Still, at least they got some major talent involved on this one. It’s Thanos – he deserves our respect and by using Starlin and Lim, and Joe Quesada gave him some.

Guardians of the Galaxy Prelude #2 (of 2) 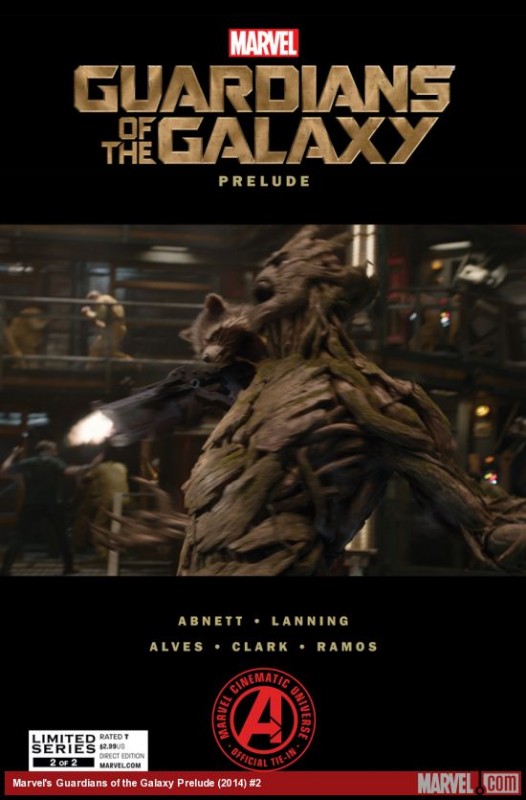 This limited series started off with a bit of a whimper in the first issue, but this issue really brought it home. It also demonstrates why Groot and Rocket Raccoon are going to be this year’s HOTTEST comic properties. Even if the film doesn’t do all that great, these characters will! I’m betting that after this comic, there are plans for a “Rocket and Groot” series in the mix. There’s my prediction.

This was pure fun. It was a typical swashbuckling tale: a smash and grab-style burglary by a rogue and his tree. Non-stop action, great set-up and an amusing ending to boot. This is the comic Marvel should have led with for this series. The characters are relatable, fun and even the tree who can only say “I AM GROOT” had more personality than the Gamora we were introduced to in the first issue. It was a lot of fun.

Guardians of the Galaxy #15 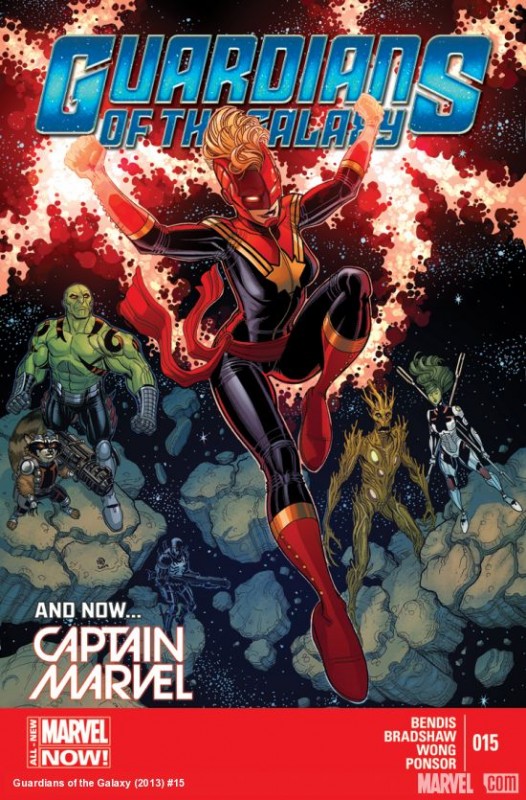 Interesting that she’s on the cover but doesn’t make an appearance in the story.

The problem though is that this actually wasn’t a bad story. It’s a lot better than the previous issues have been simply because now the Guardians actually have something to accomplish: unity. At this point, the Guardians have been disbanded and have been individually sold off to different galactic races in punishment for violating the decree that no alien hand should touch Earth. Now they’re trying to regain some sense of team identity – that was never properly established at the beginning of the series. It’s a real shame that it’s taken 15 issues to get to a point of some interest.

… and Marvel tries to sell a perfectly good story with a totally useless and pointless cover.

Sigh … and THIS is going to be the next big movie? Hey, even if they totally change up the plot to present something completely different on screen, it won’t confuse anyone. Even Bendis doesn’t have a clue what he’s supposed to be doing with it. 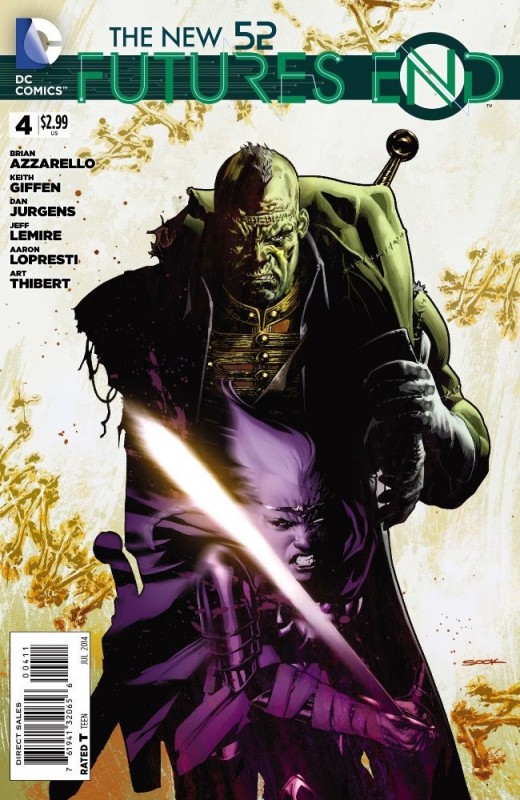 Intriguing, thoughtful and well-executed. Like I said last week, the pace of a weekly has to be met with careful and meticulous pre-planning. This issue is representative of that concept. I love that Brian Azzarello brings Frankenstein, Agent of S.H.A.D.E. back into the fold. Yeah … this was worth it. 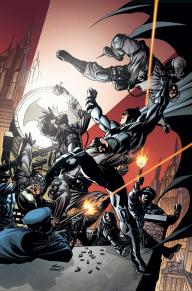 I enjoyed this one. Batman – back to his basic elements, dealing with the underworld and trying figure out why Carmine Falcone is back in Gotham even after building a major criminal empire in Hong Kong. The truest Dark Knight at his best and this one brought it all home. If you haven’t been keeping up with this series, then this issue made it all worthwhile. 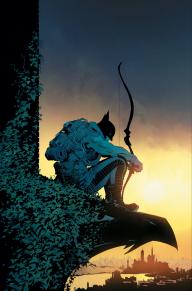 I liked it … but the ending was unsatisfying. Not from a story perspective, mind you, but from a demand to see resolution achieved! Of course, that’s the measure of a successful comic. Batman: Zero Year has been an amazing adventure and as a non-Batman fan. I love that it’s hooked me.

It’s also refreshing to see Batman as flawed. This is his beginning, according to the New 52, after all. So it’s pretty entertaining to see him make mistakes, make costumes out of available t-shirts and relate to Lieutenant Jim Gordon of the GCPD as an equal rather than as a subordinate. It’s like a peek behind the scenes.

Of course, that’s the charm of the New 52 … you can see these titanic heroes make mistakes because this is the first time they’ve seen action. Bold move … and the pay-offs are seen with DC’s A-list titles. That’s also why their lesser titles are failing.

So, the pick of the pulls this week goes to:

Image Comics is really making an impact with its cadre of creator-owned titles. It’s a great publishing decision: shared credit for innovative talent and a diverse publishing list. Sure, it’s not a huge money-maker, but over time, the risk-taking will pay off in allowing new talent to rise to the forefront. Over a while, the numbers and money will come. It’s a smart and sustainable publishing strategy that will eventually see huge growth if Image continues down this path.

I’m sure creators like Antony Johnston and Justin Greenwood appreciate this as well. I mean, it’s a great book and Johnston’s demonstrated talent in Wasteland (Oni Press) certainly has earned him the place in the sun. But The Fuse is an example of a quality story that needs to be published and Image is the company to do it. DC is making inroads into this arena with their Vertigo imprint, but more needs to happen. Image is capitalizing on this and as a result, we get to see great comics like The Fuse.

Antony and Justin: you do great work. Your comic is sheer adventure and intrigue that needs to be made into a film as soon as possible.

So that’s it for another week. If you haven’t picked up any of these books, go get them and send us your comments. Or, from your own pulls, was there one this week that should have been added to the list? What’s your pick?