There are some great titles – as well as some new ones – to take a look at this month. I have to say that I’ve been looking forward to this pull with a great sense of anticipation. I cannot wait to share them with you! So let’s get right to it, and let me show you some great comics!

I know Scott Snyder is good; I didn’t know he could be a scary bastard. Seriously, I’m afraid to meet this guy in a lit room, never mind a dark alleyway. I’ve read Snyder’s American Vampire – but Wytches? This is really something different. What’s more, I like that it’s inspired by the horrors from his childhood. There is nothing scarier than something from the dark recesses of childhood memory. Wytches weaves a lot of these childhood elements together: bullying, childhood anxiety, or the mysteries of the woods into something that’s really monstrous.

I will never use the word “pledge” so lightly again. Well done. 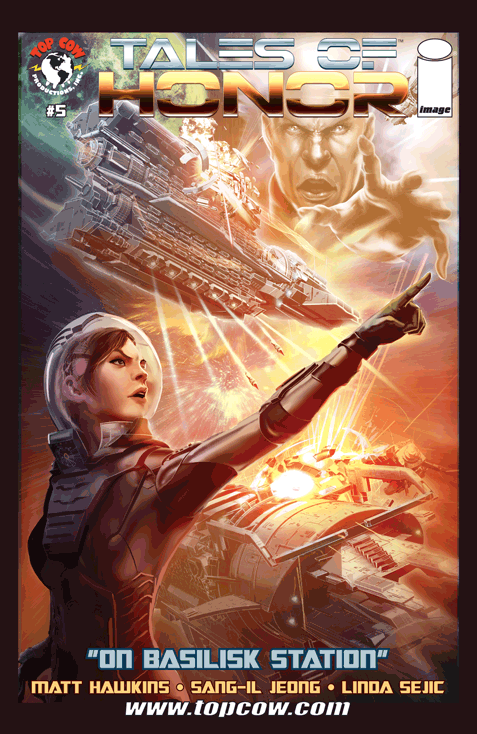 This is the last issue in the story arc for this series. Next issue promises to be a bit of a different perspective on the Weber novels. This issue started a little slow, with an emphasis on recapping the story, but eventually it built up speed to an exciting battle. A thoroughly entertaining issue and a decent end to the arc. 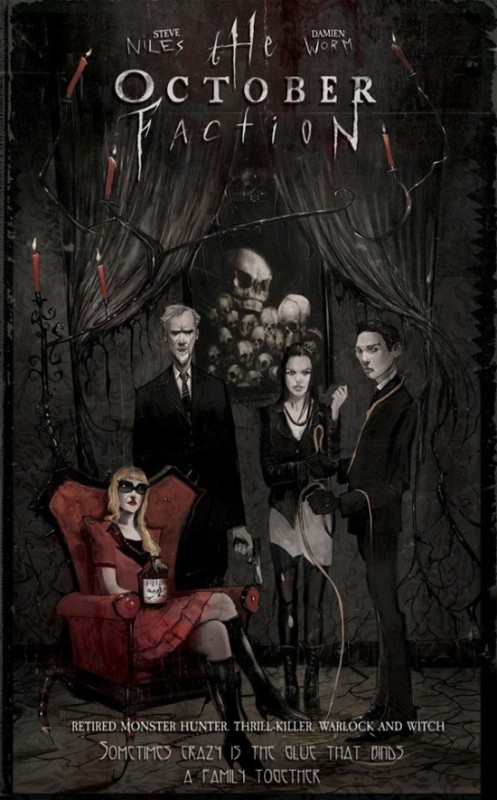 Not overly impressed with this one. I mean, Steve Niles is a great writer, but the concept of supernatural hunters is a little well-worn by now. Moreover, I found Damien Worm’s art a bit too dark – literally dark – I mean, the colour palette seems primarily based in brown. While I did appreciate the main protagonist to be a teacher, there was just too little story information for me to enjoy as fully as it was intended. I’ll give it another shot next issue and see how it goes, but like I said, wasn’t too impressed by it. 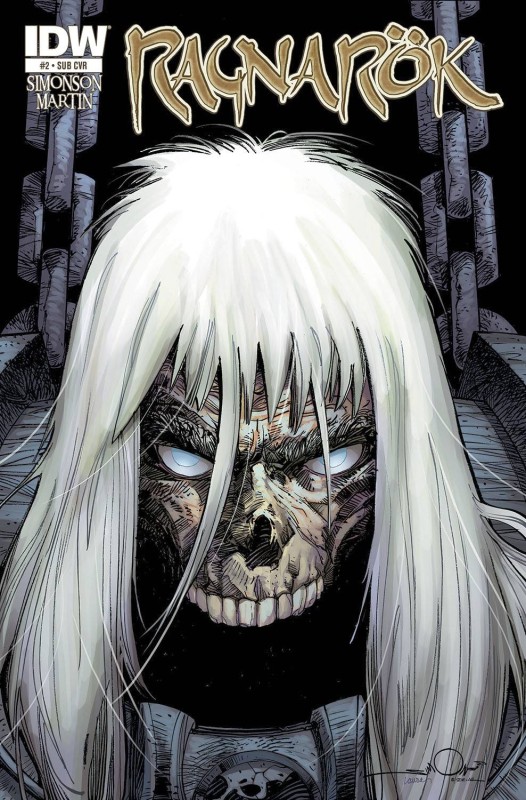 Too short, Walt Simonson! Too short! I found myself loving Brynja Duskwalker … but I loved the welcome and nobility of the newly resurrected Thor. Reading this comic was like being given a very small piece of the most succulent chocolate treat by one of the most amazing confectionary makers in Creation … and then told that you have to wait thirty days for another one.

I loved it, but I literally can’t wait for the next issue. 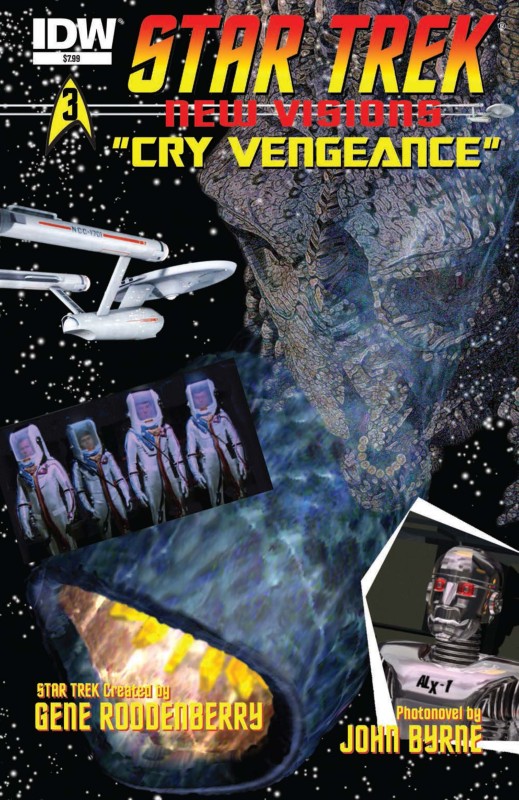 I love that I can see my favourite original Star Trek characters in full photographic glory in full Roddenberry glory in new adventures again.

This is actually two stories in one. The first: “Cry Vengeance” is a follow-up story to the original episode “The Doomsday Machine”, in which Kirk and crew have to face an escort to the planet-killer. The second story is titled “Robot” and involves an artificial lifeform assigned to serve on board the Enterprise for a short term.

Here’s what I love about this book: while Byrne has clearly painstakingly arranged footage photos of the actors in a story format that creates new adventures, the new details he adds appear as 1960’s authentic as possible. It’s simply an amazing feat and even though the price of the book is enormous ($8.00), I’ll buy it. Yeah … I’ll buy it and I’ll say thanks to John Byrne for the privilege. 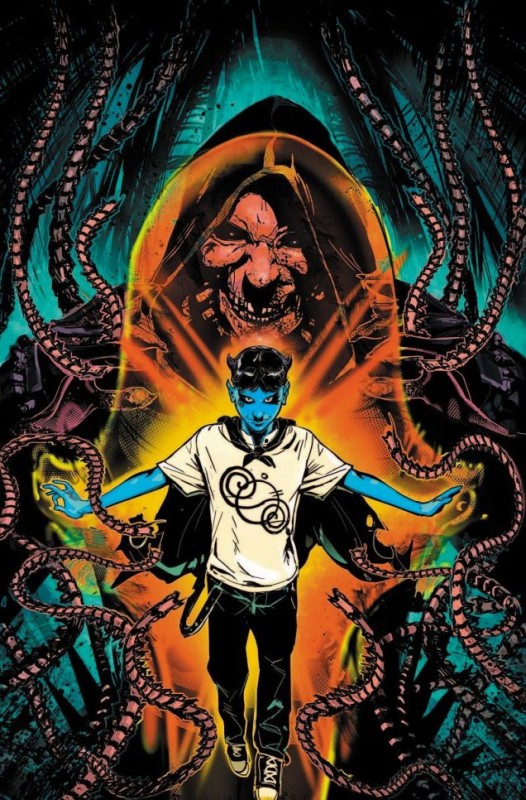 Wow … very busy issue for a first one. This is a character who doesn’t have a very successful history. Klarion is at best, a sidekick and one who would merit a title all of his own. Ann Nocenti is a great writer, but there was a lot of action going on in this issue. It would have been better to have a slow re-introduction to Klarion and a purpose for him to be in our world rather than dump him on us all at once.

It took a while to discover more about Equinox’s origin, but we finally got there. It was overdue …we really needed to know more about her background; five months is a long time to wait.

The surprise guest star at the end of the issue was pretty cool though. You might want to pick it up just for that. 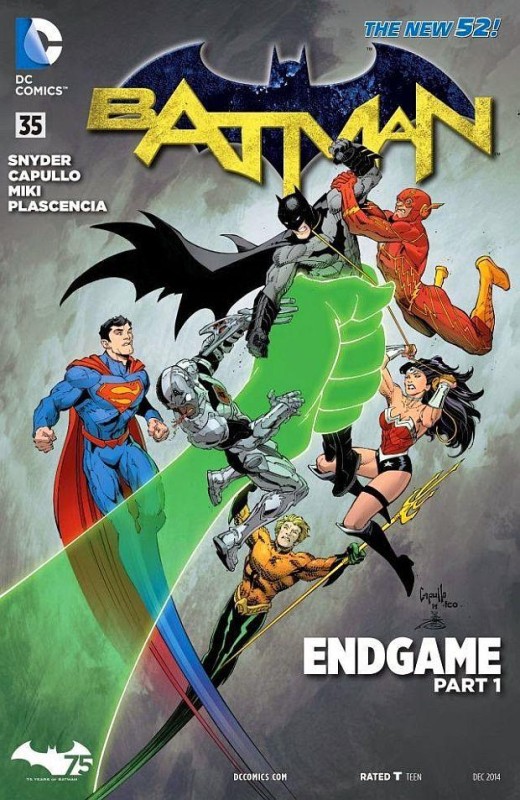 I was a little confused by this issue. This is the first issue in a story arc titled “Endgame”. The problem is, I don’t know how the game got started. Granted, I’m not a Batman fan and this is the only Batman title (other than Batman Eternal) that I’m collecting. I’m not reading Batman Eternal – as a friend of mine said, I don’t have the patience for one, let alone two. At first, I thought a weekly title might have been an interesting experiment – now, it’s just a struggle to keep up to speed. So maybe there’s something going on in other Batman titles that I’m just plain ignorant about, but if you have readers puzzled by what’s going on in the main title, then maybe that’s a bit of an oversight? 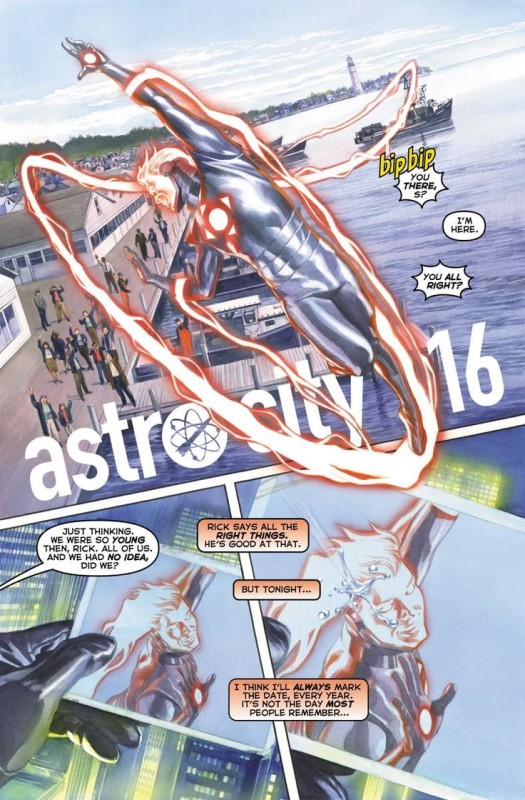 A little maudlin, but this was a story with good intentions. For never is there anything amiss if simpleness and duty tender it – A Midsummer Night’s Dream.

This one has a lot of hype attached to it, and it’s easy to see why. This has to be the biggest combination of heroes since … I don’t know … the Marvel Super Hero Secret Wars? I was expecting some major huge impact to the Marvel Continuum, but it’s really just an excuse for a big fight.

There’s a bit of attempted reconciliation combined with a brief cameo of a well-known deceased academic, and we also get to see the return of the Red Skull in an incarnation that’s pretty damn powerful. But there are a lot of holes in the story that even the prelude doesn’t adequately cover. The justification for the assemblage of august heroes seems forced and manufactured.

I can’t say I fully enjoyed it, but the sad thing about this is that it’s going to have drastic after-effects on the Marvel continuum. I read this more out of an academic curiousity rather than out of any sense of excitement, I’m sorry to say.

This is a tie-in to the Death of Wolverine event.

Actually, no; this is a testament to the hero, Wolverine, told by Nightcrawler in a very touching retrospective format that allows Chris Claremont to not only recount a brief history of the X-Men (HIS X-Men, no less), Nightcrawler’s death and return to life and his relationship with Wolverine.

It was a little sappy, but I really liked it. Yeah, I’m a softy – it’s true. But Wolverine’s death is going to mean the end of an era to me, more so than the death of Professor Xavier. Wolverine was one of my favourite characters as is Nightcrawler. Both are misunderstood characters with a great deal of personal conviction and I really enjoyed reading what Wolverine’s death meant to him.

Obviously we’re reading Claremont’s opinion on the matter, but I have to say, I wish Claremont would wave a magic wand and write a return back to those great days when the X-Men were really entertaining. Even Excalibur was a great book too – another one of Claremont’s works – and I’m going to probably damn myself as a hopeless reactionary but I want Claremont to take over the X-Men and write them back into the forefront of the Marvel stage.

There … I said it. I just think that Claremont should be writing what he knows best: the X-Men.

So that’s it for this week. There were a lot of great titles to scour though this week, but I have to give the pick of the Pulls to …

It was almost a three-way tie. I truly wanted to put Ragnarok up there but there just wasn’t enough of the story to make me. It felt somewhat fragmented. Like I said: I wanted more in the issue. But, I am a bit of a glutton, so maybe waiting a while is a good thing for me?

Byrne’s Star Trek: New Visions – “Cry Vengeance” #3 was also going to be my pick. But it’s Star Trek and Byrne! It’s like an unfair advantage, like stacking the deck! Plus, the two short stories, while great for variety, just didn’t seem to have the same sense of solidity that Snyder’s Wytches has.

Wytches was an awesome introductory story. You get a full story being told to you while leaving you with a sense of wanting more. Plus, Snyder really taps into some real issues that give the comic a strong sense of validity. It’s an amazing read and I really want to read more.

Still, you can’t wrong with any one of these titles. They were very close, but if I get three great comics to read in a month, what can be wrong with that?