There’s a certain level of stress and annoyance that goes along with not completing things. Some people create lists at the start of the day that not only serve as an itinerary or a task list, but also serve as a source of satisfaction. It’s a mini-reward for me, to check of a box and relish in the minor joy of simply getting stuff done.

That’s the theme for this week’s comic list. We’re going to look at those titles with heroes who get the job done. 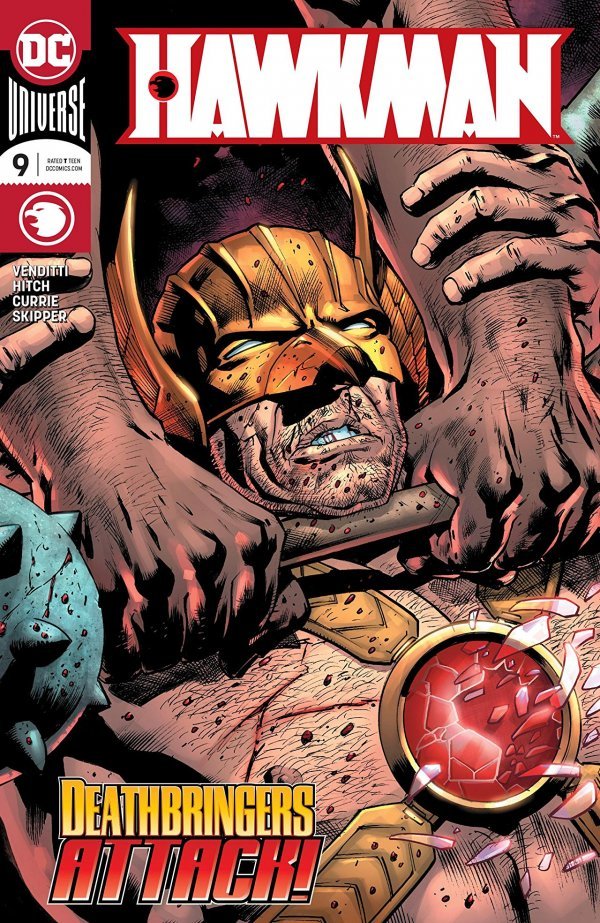 This is probably the most creative re-imagining and retconning of a company’s staple characters. Hawkman has been around for decades and has undergone many a change to his backstory, but this re-working by Robert Venditti and Bryan Hitch has give the character a new flavour all together. You want to talk about checking off boxes? Well, this guy’s been doing since time immemorial.

You see, in this iteration of the character, Hawkman reincarnates because he owes the universe a debt. He has the chance to stave off an eternal race that worships destruction called the Deathbringers. Venditti and Hitch have made Carter Hall’s occupations and past lives parts of a bigger story that sees Hawkman as an immortal guardian whose ability to reincarnate is part of that debt.

It’s definitely an extension of the Hawkman story that stretches to cosmic proportions and it may seem like quite the stretch, but what I like about this story is that we’ve seen such a variety of other DC characters and settings appear in it. We’ve seen the Atom, been to ancient Krypton and in this recent issue, we get a visit with Madame Xanadu, one of my favourite and under-rated DC characters.

This book is one filled with all sorts of surprises and the storyline touches on so many great aspects of the DC universe, it’s definitely worth your attention. 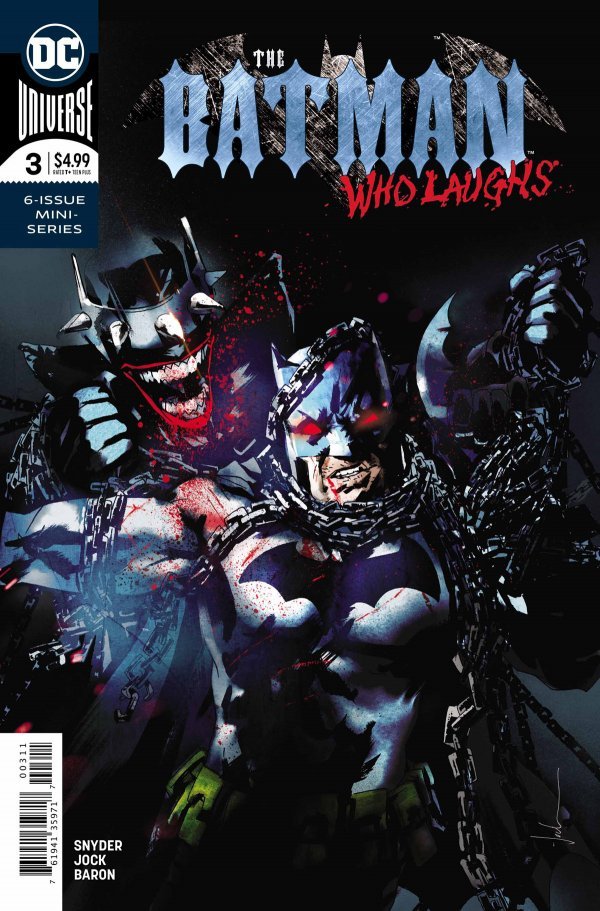 I think what really disturbs me about this twisted grotesquerie of the Batman legend is that no-one has ever thought about it before.

Batman’s plan has always been to save Gotham from itself. It’s a nexus of villains and criminals of all sorts, but the battle is endless. Odds are, eventually, Batman is going to fail.

In this story, the interdimensional and corrupted opposite of Batman, the Batman Who Laughs, has returned to Gotham through the vestiges of dark metal that still linger underneath Gotham and he is bringing other variants to wreak havoc upon the city out of sport. Of course, this is while the native Batman has been tainted by an enhanced version of the Joker Toxin that is slowly turning Bruce Wayne insane.

Scott Snyder and Jock must have engaged the assistance of deranged psychotics who related their nightmares to them in the creation of this story. Basically, it imagines the worst possible scenario that the Batman could encounter and then continue to stack the odds against him by seeing his nemesis constantly outthink and outplay him.

No wonder this Batman is laughing – he’s winning.

The Batman has a reputation as a strategist. He can get inside his opponent’s head and predict his moves in advance. In that way, he becomes a little like him. What’s sad in this story is that he may have to become more like his enemy than he likes in order to win.

Batman is the plan, but in this story, it’s becoming warped and twisted and who knows if he’ll win? Snyder and Jock have created a fingernails-by-the-ledge chilling story that’s draped in psychosis and chaotic uncertainty. 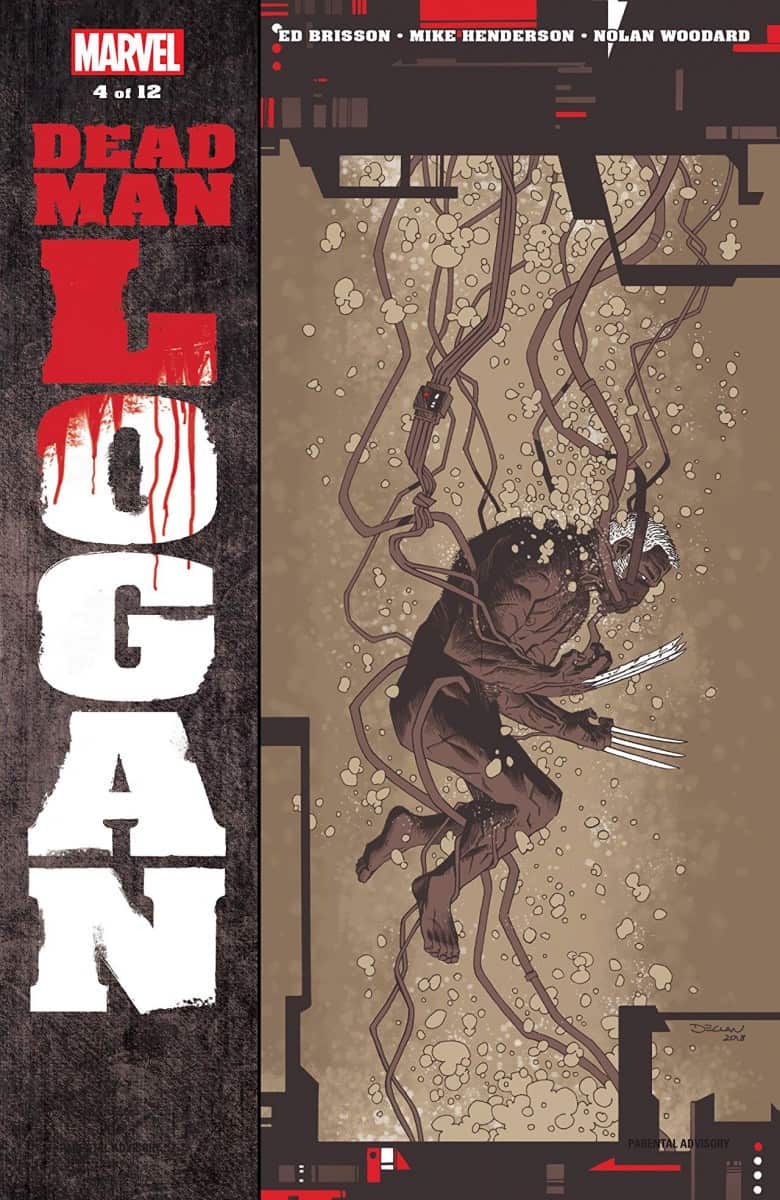 Yeah – he’s a walking dead man. Make no mistake about it – Logan’s going to die. He’s old, the ReGenix halves his remaining lifespan every time he uses to boost his failing healing factor and he just isn’t the same Wolverine he used to be.

But, that’s okay, as long as he fulfills his plan.

For some people, they don’t matter because they perceive themselves as less significant compared to the plan they have in mind. For Logan, the driving purpose is to prevent the calamity that befell the X-Men in his alternate universe from happening in this one. The X-Men can’t die and if he has to sacrifice his life to stop Mysterio’s plan, then so be it.

That’s what I like about this story from Ed Brisson and Mike Henderson. I know there are things bigger than me. I think everyone has asked themselves where they fit in the grand scheme of things and what is worth more than your own life? Your kids? Your cause? What ideals do you have that are worth your greatest sacrifice?

I think that’s the overwhelming premise in this series, that started with Old Man Logan. This story makes the reader question the nature of heroism and, not to sound overly dramatic, reinforces what we want out of heroes and those significant people we look up to in our lives.

Wolverine has always been one of my favourite characters because he has a code that he follows; it’s present in every story he’s ever been in. Loyalty, steadfastness and an unwillingness to compromise – these are all virtues and make for great storywriting.

Logan is willing to die to see his plan fulfilled … and that’s a tough story to beat.

I was interested in this story from Kyle Higgins and Rod Reis because it tweaks the Winter Soldier character a bit by giving him more of a purpose than just being Captain America’s former sidekick. They’ve taken the backstory, equipped him with a sense of remorse and a desire to help people in need in other ways than just using his bionic arm and combat training. They’ve given him a mission.

That mission is to help criminals get out of the super-villain game; to turn them loose and give them a fresh start in life. Bucky Barnes knows what it’s like to lose control of his life. The crimes he committed while under the influence of villainous forces may have been forgiven by governments but they were not wiped clean from his conscience.

Conscience-driven plans are the mainstay of any heroic character and sure enough, in this story, Barnes tries to help a boy who was drafted into the service of HYDRA and then betrayed by them. He tries to teach him trust, faith and restore his own conscience.

There’s a lot of therapy talk in this story which sounds highly authentic and has a real-sounding basis to it. The dialogue between Barnes and RJ is alive and filled with pathos. It really caught my attention, particularly as we see a mentorship role developing between the two. It’s an authentic human drama. 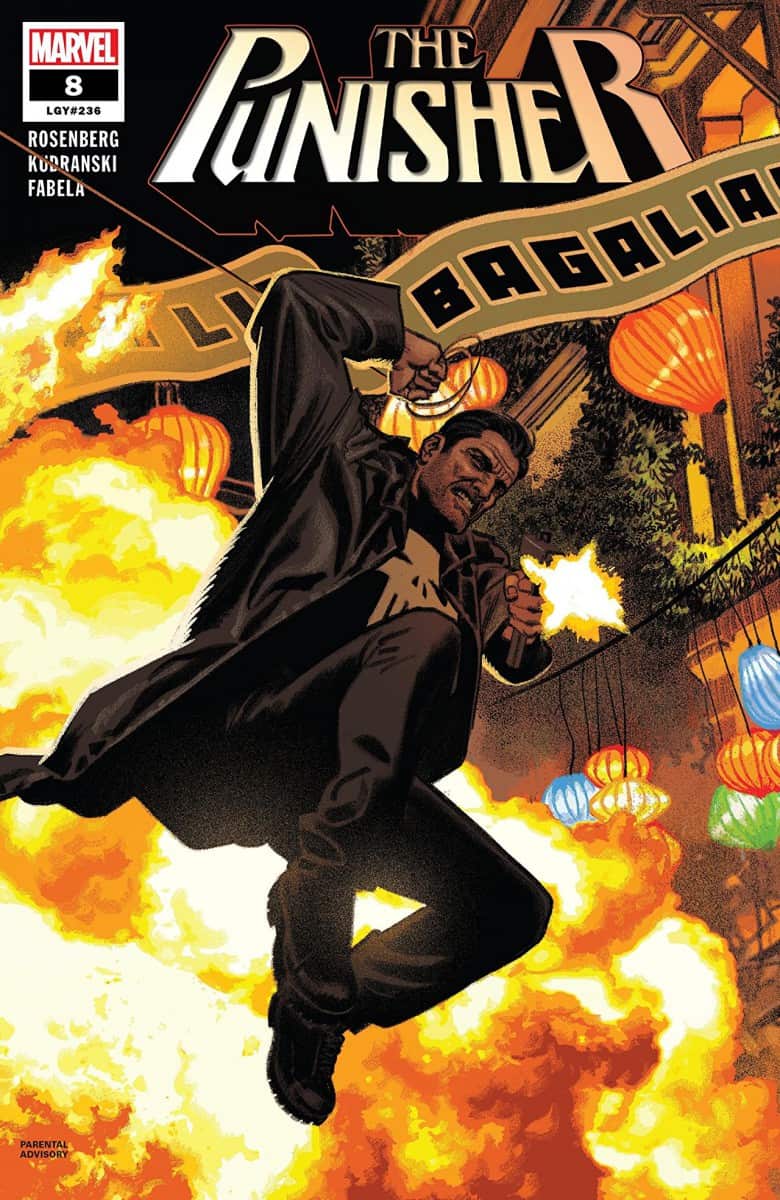 How do you make a plan when you have no control in a given situation? Simple: you trust in others.

In Part Three of this continuing story, “War in Bagalia”, Frank Castle is still imprisoned in Baron Zemo’s penitentiary, after enduring all sorts of brutal beatings and savage hardships. But, imprisoned nun, Sister Mercedes has a plan, and this is time for Frank Castle, a man who has lost everything – including his own faith in others – to trust in it.

They’re going to take the prison.

On the surface, this seems like an intricate jailbreak story. On that level alone, this is a simple and truly satisfying way to enjoy this story. it’s detailed, engaging and stories that have an intricate planning aspect to it have a great appeal to a reader. I think human nature involves a degree of curiousity to it and the best stories are one where we are told how things are done. That alone, makes this a fantastic story from Matthew Rosenberg and Szymon Kudranski.

There’s even a “Magnificent Seven” sort of vibe to this. The army that Sister Mercedes has gathered for Castle is made of pacifists, artists and those who protested Zemo’s government in peaceful and civilized ways. There’s no way they could be expected to take the prison with their lack of combative skill.

But the good Sister has a vision and she trusts that Frank Castle can come up with a plan. And this is where the deeper level of enjoyment begins.

This story gives the reader a sense of satisfaction in the execution of the plan. The guards that dealt such savage beatings to Castle are obviously the retributive victims in this plan. That’s an enjoyment on such a satisfactory level in itself. But to see the inmates work together, under leadership, well, like Hannibal from the A-Team said: “I love it when a plan comes together”.

I even take great entertainment from the methodical nature of the story. It’s like a checklist in which all the stages are coordinated and checked off that drives it, but it’s Rosenberg’s underlying and sublimated approach to presenting Castle’s passion for revenge and justice that provide the flavour that’s rich and deeply satisfying.

Just an enormously appealing story. There’s nothing like justification and revenge, but when it’s intricately planned out – well, that’s just the cherry on top of the vengeance sundae. The other thing to remember: it’s Zemo who’s Castle’s real target. This is just a minor battle but the attention it gets in this book is so worth it. It’s also a lost battle that Zemo is going to deeply feel.

I’m getting a lot from checking off all the boxes on this article. I mean, I have to research my titles, fit them to the theme I’ve identified for the week and then choose the one that best represents that theme. It’s very satisfying to do all that in celebration of my fandom.

In this case, it’s Punisher #8 by Matthew Rosenberg and Szymon Kudranski that makes my choice for pick of the week for this Wednesday’s run of books. This is the story that not only recognizes the need for vengeance and justice but also that you have to be well-planned to accomplish that end. If there’s anything that makes the Punisher stand out, it’s this quality.

That’s the last item for this week checked off. Until next week, keep your comic list ready!

Pick of the Week: The Punisher #8