Resolve – it’s the dominant mindset after Christmas and leading up to New Year. We resolve to change ourselves, establish new habits and make a decision that things are going to be different next year. Well, that’s the mindset that we’re looking for in this week’s comic review! Let’s get to the list before the New Year is out! 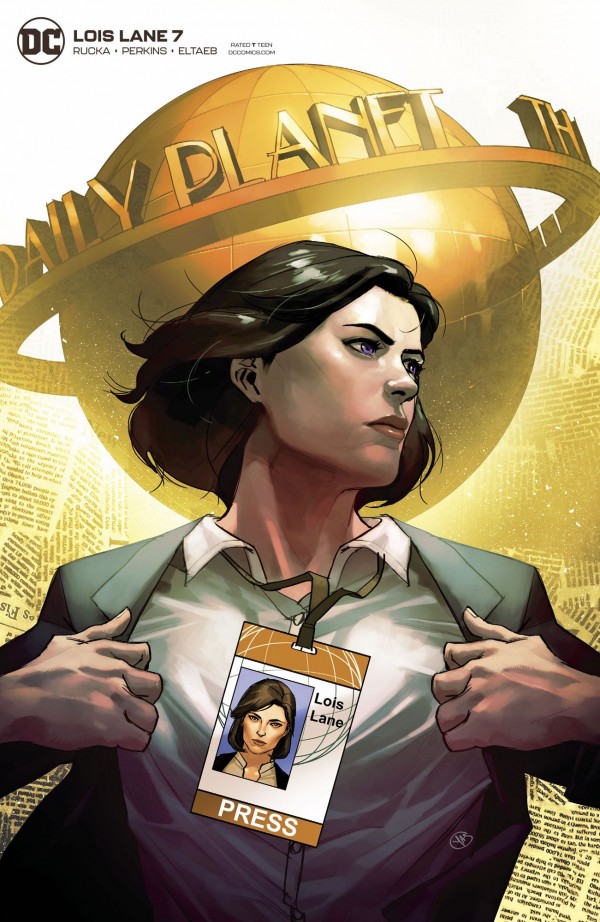 The journalistic integrity required for this book is a mark of excellence that speaks highly for not only Greg Rucka’s writing but Mike Perkin’s art stylings and Gabe Eltaeb’s colouring. Truth is beauty and beauty is truth; given that the main character is a journalist, this book has to reflect that ideal. What an amazing team.

In this story, I’m completely captivated how Lois appears to bend the rules in the pursuit of her story, but also ow she has to appear to bend the rules for the right reason in her personal life. When Renee Montoya saves both Lois and Superman from a negative press incident, we get real insight into the workings of her mind and her character. This is a hallmark of Rucka’s style: we not only clearly understand his characters’ motivations but his readers approve of them.

On a side note, I love the reference to the Canadian TV show “Letterkenny”. Thanks for recognizing its humour – and how appropriate it is for Superman NOT to watch it!

Rucka is always a pleasure to read and he’s the natural choice for this character. Lois’s resolve matches the level of talent in Rucka, Perkins and Eltaeb. 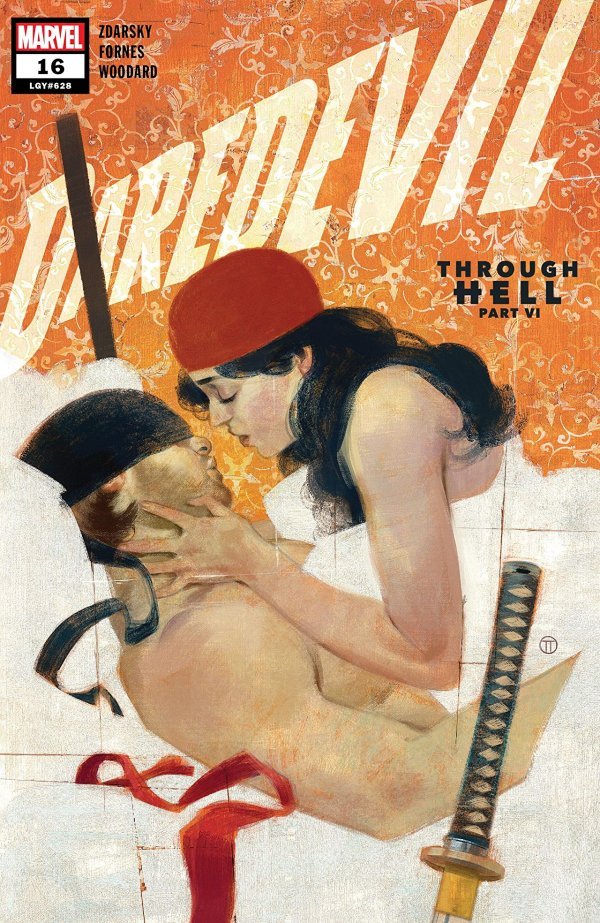 One of the best lines in this consistently excellent book is the Kingpin’s astonished observation to Daredevil that he thought he “got out”. Daredevil isn’t the same character who we know any more. He’s Matt Murdoch – a man with a conscience and a resolve to stand up for people somehow, but the ‘how’ involved in that resolution is still yet to be explored.

I enjoy this reinterpretation of Daredevil from Chip Zdarsky. Daredevil is just a memory in Matt Murdoch’s unrelenting crusade against crime, however it should rear its ugly self. It’s refreshing because there’s a greater depth to this character than just putting on a costume and punching out muggers. How can Matt Murdoch be of best service?

I like exploring this question with Zdarsky and Jorge Fornes, whose art is open and inviting; the perfect art for a re-exploring of this classic character. The direction for redefining this character isn’t about how Daredevil can overcome any one of his cadre of nemeses, it’s about overcoming his own perceptions of himself. The question he is asking himself is: “Is this all I am?” and it’s a valid question. In order to understand Daredevil more, and his purpose in Hell’s Kitchen, we have to understand Matt Murdoch more.

But it isn’t just Daredevil trying to redefine himself, it’s also Detective Cole North and the Kingpin. North, is a clean cop who is sensitive to the shortcomings of his colleagues and the stigma of being associated with their corruptness. The Kingpin honestly wants to go legitimate but can’t, not out of choice but out of a lifetime of corrupt practises. Both of these characters are mired in their own histories but the difference that will determine their successes will be considering the greater good. Wilson Fisk is simply motivated out of self-interest whereas Cole North simply seeks to be the better man to better service his fellow man. For North, it is a shorter route but he will get there. Hopefully, Matt Murdoch can find a similar route to betterment as well.

“Through Hell” is one of the most soulfully satisfying Daredevil storylines I’ve read in a long time. 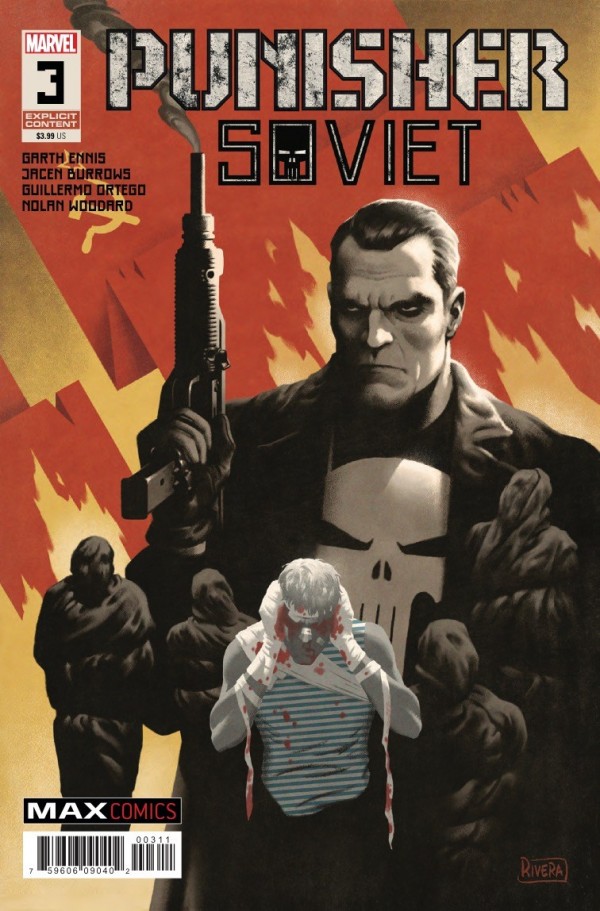 When you’re talking about grim resolve, there’s no better character than Frank Castle to demonstrate. But, in this book, it looks like the Punisher might have some competition in this gritty and explicit content book from Garth Ennis and Jacen Burrows.

We all know the story behind Frank Castle’s origin, but now we need to hear about Valery Stepanovich’s story and what drove him to become the Punisher’s shadow in Russian. It begins, like all good stories do, in a war.

Afghanistan is looked upon by the Russians as their own Viet Nam. It was an embarrassing war because it was one that the USSR couldn’t win. It was a similar situation to Viet Nam that it involved a determined and armed indigenous population who were committed to driving a superior armed force out of their country. While the Mujahedeen were outgunned, they knew the territory better than the Russian invaders and despite their superior technology, the Russians were unable to hold any part of Afghanistan for any significant length of time.

A resolved enemy is never one to take for granted.

In this situation, we learn that in the war, Stepanovich and his unit were betrayed by someone he has travelled across an ocean and two continents to find.

While the last three issues of this title are basically an extended origin story, it’s a compelling read, seeing what Stepanovich has suffered during the war, and Jacen Burrows excels at brutal scenes of carnage. War stories are horror stories based on reality, and in their past associations, Ennis and Burrows have collaborated on some pretty ghoulish stuff.

Monstrously violent, this book is a testament to the power of determined vengeance, and I find that I am enjoying it. Of course, what that says about me, I’m a bit scared to find out!

Charles Soule and Jesus Saiz give us this exciting Star Wars story set immediately after Episode V – “The Empire Strikes Back”, which, in my opinion is the greatest Star Wars story of them all. The redefining of purpose, dealing with defeat, nursing crippling wounds – this story was great because it was about the recommitting to the end of the Empire and a lesson in humility.

Romance stories always need a moment where the heroes realize that it is possible for them lose. If it isn’t for that sense of realization, then the reader doesn’t feel the possibility of defeat either, and the roller coaster ride begins.

With The Mandalorian, The Rise of Skywalker, playing the video game, Star Wars: Fallen Order, and now this book has made December a real Star Wars month! So, though I question the editorial decision to completely start a new Star Wars comic book given that Phil Noto and Greg Pak had been doing extremely well with their book, I actually fondly welcome this book that looks at Luke’s failure to overcome Vader and the loss of Han Solo to the Bounty Hunter, Boba Fett.

Saiz perfectly captures the look of despondency on Luke’s face as he tries to reconcile the knowledge that Darth Vader is his father, Han’s capture, the seeming detachment from his former teachers and the fact that the Millennium Falcon is under attack. It’s a complete scramble and Saiz’s mastery of emotional presentation delivers that intensity.

In fact, this story sees the complete rout of the entire Rebel Fleet and the dogged pursuit of the Imperial Forces. It’s a tough time for the Rebellion but it’s one that’s not only rife with stories but also allows us a look into the psyches of Princess Leia, Luke Skywalker and how they manage to reconcile their defeats with the prospect of picking yourself off your feet and starting again.

Star Wars #1 is the pick of the week for this new year’s first comic week! The level of resolve required to be resilient is the virtue I’m looking for in this comic list and given that we are on the edge of making new resolutions and dreams at a time when we are expected to, it only seems appropriate that this is the book start up the New Year.

Episode IV was titled “A NEW HOPE”, as everyone knows, and I always felt that “THE EMPIRE STRIKES BACK” dashed those hopes. But, hope never dies. Soule and Saiz allow us to relive the hope that rose from the embers of that defeat.

Here’s hoping that the new year is one of resilience, hope and success for you all.

Pick of the Week: Star Wars #1