Welcome to the new year and a new week of comic-reading! I hope your celebrations were wonderful and now you’re ready for a happy new year of new beginnings!

I fall into the pattern of affirming goals for the new year just like everyone does around this time of year. I wonder if that happens for comic creators? What goals do they have for the new year? New companies to work for, new characters to write or just something about improving the quality of their craft? It’s always something that I’ve wondered about.

It’s a good thing to keep in mind as we read a new list of books for this first comic week of 2018. Let’s get to the list.

Tom King presents us with a short but impactful story that takes us back to what Batman is about: solving mysteries, consulting with the Gotham Police Department and delving into the twisted mind of the criminally insane. In “The Origin of Bruce Wayne”, we meet another child of murdered wealthy parents who fixates himself upon Bruce Wayne in the light of how similar their situations are.

This is a “back-to-basics” story and it’s one that takes a break away from the Bat-Cat story arc that has been so realistically told to us in the last few issues. One-shots are palate-cleansers, in that we are being prepared for a new story arc and this interruption is a chance to get ready for it. It’s also a chance for us to see Batman for the simple good he does for Gotham and beings the character back to his roots.

The art is by Travis Moore and the cover is by Tim Sale. I’m not overly sold on the art – I have to say I got really used to Clay Mann’s work on the last issue. 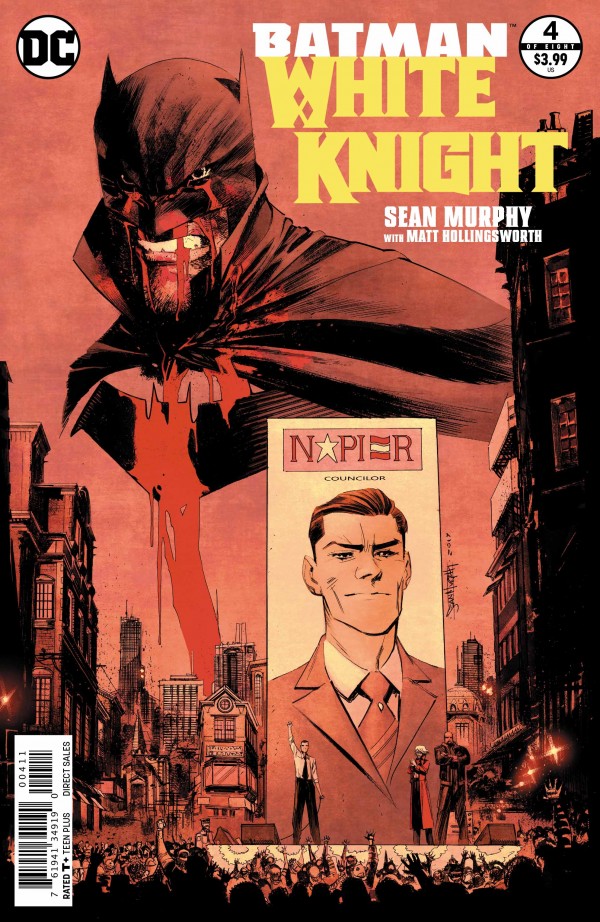 But then along comes Sean Murphy and places all sorts of doubt in readers’ minds about how useful Batman actually is to Gotham society!

I love this story; the exchange of Batman and Joker – sorry, Jack Napier’s places in society forces the reader to evaluate the Caped Crusader’s role in Gotham. When you see how the Joker has managed to gain the support of the under-privileged and just how fascist the Batman appears, Murphy has certainly managed to present what could be one of the greatest Joker cons of all time.

Or is it? I’m actually at the point where I’m doubting Batman. The Joker actually has a great plan that has even won over the support of long-time ally, Commissioner Gordon and staunch sidekicks, Bat-Girl and Nightwing. It’s very clever how Murphy has managed to isolate and remove Batman’s support in this story and cemented both Joker and Harley Quinn as the heroes Gotham needs.

Hell, I’d vote Jack Napier in for Councilman at this point – if I were allowed to vote in Gotham, that is. 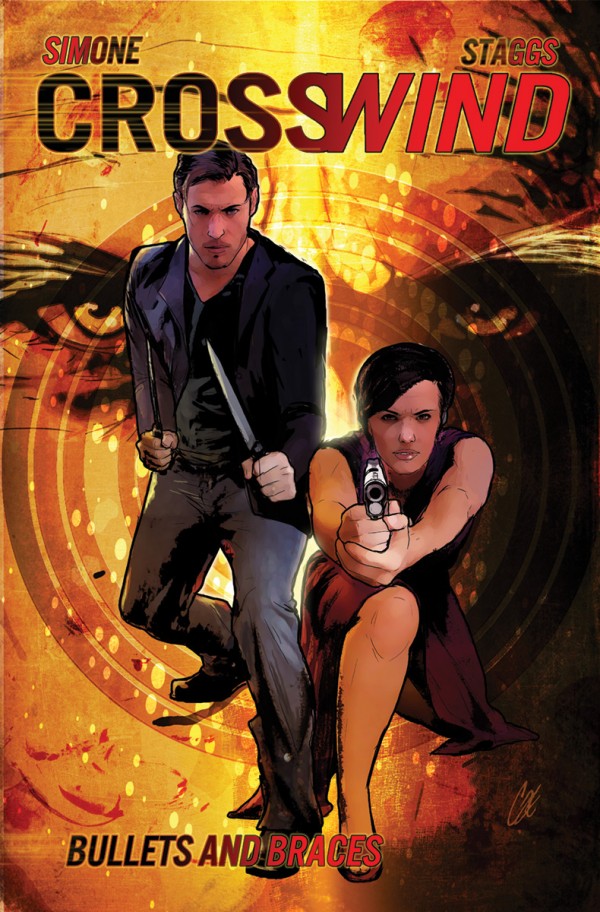 The story is over, but Gail Simone and Cat Staggs are very excited about this project and clearly have plans in the future to bring back Juniper and Cason. Even though I must have missed how Cason has a Non-Italian name and is very much part of the Mob Family scene, I have to say that these are two characters who have certainly won over the hearts of fans of these two talented creators.

I had thought the story might have gone another way, to be honest. I’d hate for anyone to get the sense that I was disappointed with the ending, but it just struck me as an ending that didn’t seem to fit the expectations of the characters I had developed. However, I have to say that the next-door neighbours, Maizy and wife, were definitely two of the supporting cast I enjoyed the most. 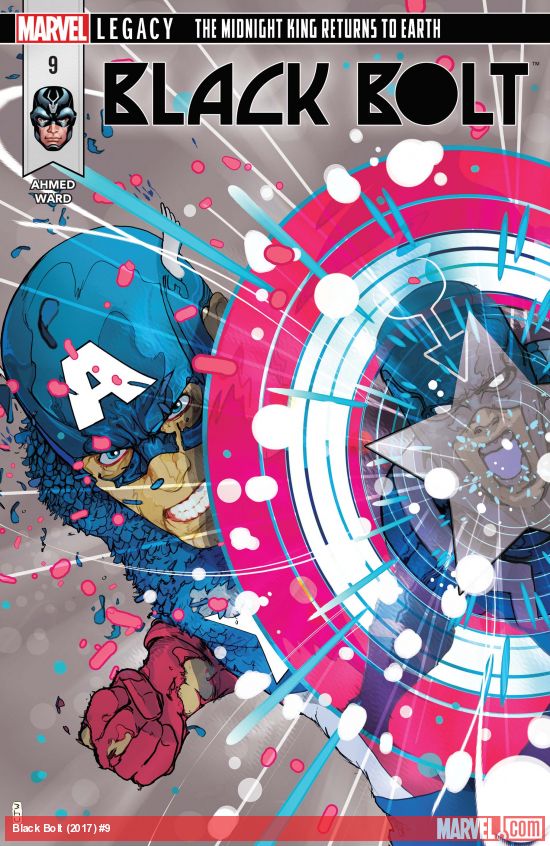 I was really moved by this comic. Saladin Ahmed managed to instill a great deal of sentiment for Crusher Creel. Me – a longtime Marvel reader and acolyte of The Marvel Super Hero Secret Wars. If Ahmed could make me feel pity for both Titania and the Absorbing Man, then he’s managed feat of great accomplishment.

It’s difficult to tell a story when your main character is mute. Basically, the character has to rely upon the supporting cast to tell the story for him. There’s a great deal of exposition that really sets the tone of this book but Ahmed manages it extremely well. It’s a very well-written story and I find I’m enjoying it a great deal. 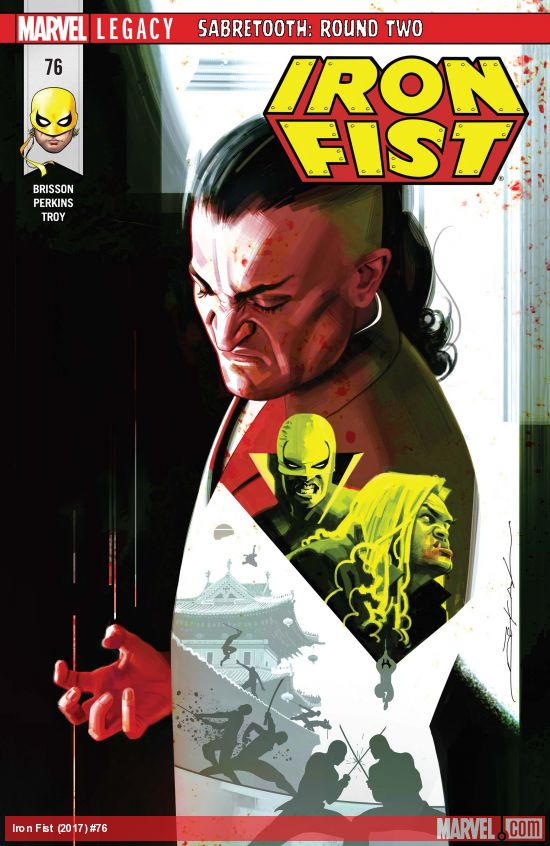 I’ve always been a sucker for Danny Rand. He’s an outworlder in Kun-Lun, and how many people can relate to that? He’s also a hero who constantly has to make up for his failures, attributable to his foreign status – and how many people feel that insecurity?

Mike Perkins is a phenomenal artist and Ed Brisson is a gifted writer. The two of these talents combined have the potential to make this book one of Marvel’s top-sellers.

So, of course, the question is: why isn’t it?

Sigh … I hate to wade into these sorts of discussions, but I think that the blame has to fall on the television show. First off, the TV show is probably attributable to a resurged interest in the title, but at the same time, there is a tendency for these shows that are based on comics to lose some of the original basics of the story in the adaptation.

Of course, there is also the notion that a lot of the story dynamics are a bit outdated when you consider that a good many of these titles were originally written in the 1960’s or 1970’s and the writers then had different values that are found in contemporary literature today. Of course, this means that the current writers have to account for those issues and change them accordingly with the times. What I’d like to know though, was there any consultation with guys like Starlin, Claremont or other original creators?

Ah … well, as a good number of these creators are dead (which highlights the importance of consulting with those who are still alive), it’s up to the young writers today to manage to strike a meaningful balance between the morales of today and the intentions of yesteryear.

Still, I loved this issue. It had the right balance, but I loved the novelty of Iron Fist teaming up with Sabretooth – who I’ve never seen as a hero, but am slowly coming to embrace his anti-hero status. Creed shows Danny Rand the necessity of drawing a line in the sand when it comes to war. Killing in the name of justice is questionable, but killing in defence of the city or country you have sworn to protect is justified. It takes a man of Sabretooth’s questionable morality to highlight this idea. For me, that alone was worth the reading of this book. 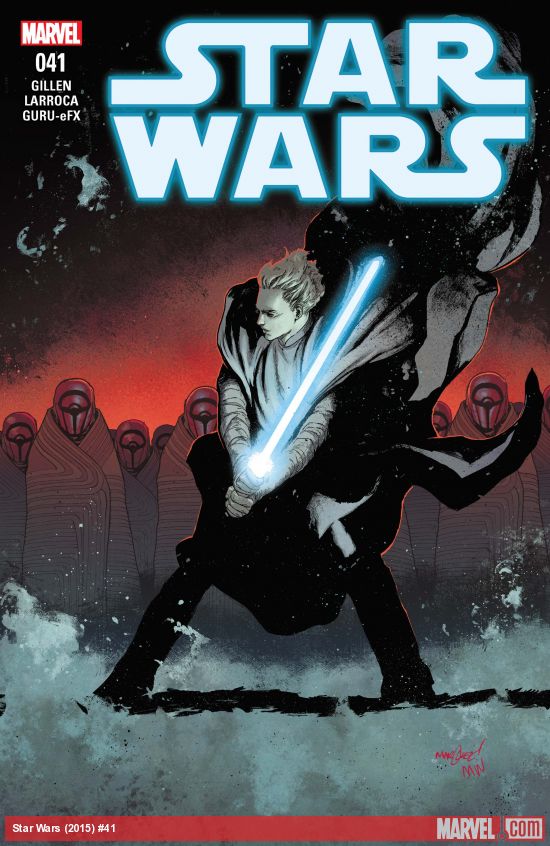 I think what really struck me in reading this book is the obvious failure to edit the grammatical integrity of the “crawl” prologue. When you read it, you’ll see what I mean, I love the Star Wars franchise as any true-blooded geek would, but the editorial failing here is certainly something that can’t be ignored.

Part IV of “The Ashes of Jedha” was a bit of an unresolved story for me; or, alt least the resolutions weren’t all that satisfying. I love Salvador Larroca’s artwork and think he is an excellent choice for artistry on this franchise. Kieron Gillen’s writing has hardly disappointed me in the past, but this is a storyline that just didn’t satisfy me.

All in all, I wish I could have enjoyed this one more, but given the nature of the incredible talent Marvel has on this book, I know that this is a blip. More greatness will happen.

It’s hard not giggle in anticipatory joy over this one. I’ve been looking forward to the continuation of this book since last week. This is a title that I’ve been very excited and nervous about.

It never fails to amaze me how possessive we get over our fandoms. I’m old enough to know that I don’t have any control over these things and that they aren’t mine. However, I still can’t help but feel a sense of loving ownership over them and resent when younger people make a claim to them.

I think that’s just a facet of growing older.

Irrationally, I have loved Jean Grey since I was 11. I know she’s not real; I know she’s a character in a fantasy story. However, she has represented an ideal that I fell head over heels in love with a long time ago, and that’s a true fact of human nature that we tend to have these irrational feelings.

Matthew Rosenberg has thrown in a few nods to the original Phoenix – listing one of Jean’s old teachers as a “Mr. Claremont” and the appearance of an Erik, who was friends with her old teacher. The 1980’s heyday-lovin’ X-Men fans like me are definitely slapping each other on the back and laughing at that one. But that shows a reverence to the original franchise, and in his last issue letter to readers, he remarked how sensitive he was to that dynamic of readership.

Any comic that keeps me wondering just what the heck is going on, is always one of great interest to me. This is one of those comics. Rosenberg is being very cagey with his presentation. We are getting the most minimal amount of information in this book, but it is the most tantalizing amount! My curiosity is definitely piqued but at the same time, I can’t help but feel that the deployment of teams to various parts of the world in anticipation of the arrival of the Phoenix effect is somewhat misleading. There simply isn’t enough information available to give the de facto leader of the X-Men, Kitty Pryde – another of my imaginary comic character crushes.

But, the reluctance in giving information away too soon in the initial episodes holds a lot of promises. Perhaps I’m just a very giving person, but to me, that hold a great deal of anticipation. I hold nothing but the greatest hope for Rosenberg’s work because, like those proprietary nerds, I feel this one very personally. Carlos Pacheco’s art is spot-on perfect and my favourite X-Men look stunningly vibrant. I think this is definitely the book that might bring those X-Men fans of old back to the fold, so to speak.

Which is why Phoenix: Resurrection #2 gets the recognition for pick of the week status this week. The reason? Simply because as the new year offers a great deal of hope, then so does the idea of the phoenix being reborn into something of great promise and hope. Rosenberg has a lot riding on this book – it’s one of huge expectations, I think, for a lot of fans.

So, happy new year to all, and no pressure, Matthew!

Pick of the Week: Phoenix Resurrection #2