Happy new year, everyone! Welcome to the first comic post of 2016. I want to start with a question. How far do you go with fan appreciation?

I’m asking this question because of the recent lawsuit CBS has launched against a fan-funded production called “Axanar” for IP infringement on December 30. The basics of the case involve this group that has created a fairly good film based in the Star Trek universe (‘Prelude to Axanar’) and have raised over a million dollars to make a bigger and better film.

The lines have been drawn and fans have been divided over this. There are those fans who feel that CBS has mismanaged the production of the franchise enough to drive the creation of Axanar by talented producers and lovers of Trek and that it is good enough to be added to the Trek continuum. Then there are the other fans who believe that CBS has the right to do whatever it wants with its intellectual property and that Axanar pushed the line and deserves what it gets.

It amazes me what some fans will say and do for their passion.

In my other role as a Trek journalist for www.1701news.com I’ve written about Axanar – heck, I’ve even interviewed some of the professional actors involved, and it’s a good quality production. But I have to say, this is a situation that will really test the limits of copyright holders’ patience when it comes to how involved fans want to be with respective fandoms.

My perspective? Well, let’s just say that I doubt DC would tolerate someone writing about the alternate history of the planet Krypton. I respect fan passion and creativity, but people have to be up front with creators whenever their intellectual property is concerned or that intellectual property has to be vigorously protected. I just hope everything works out for all parties.

Let’s look at the comics for the week – and refrain from writing fan produced versions of them! 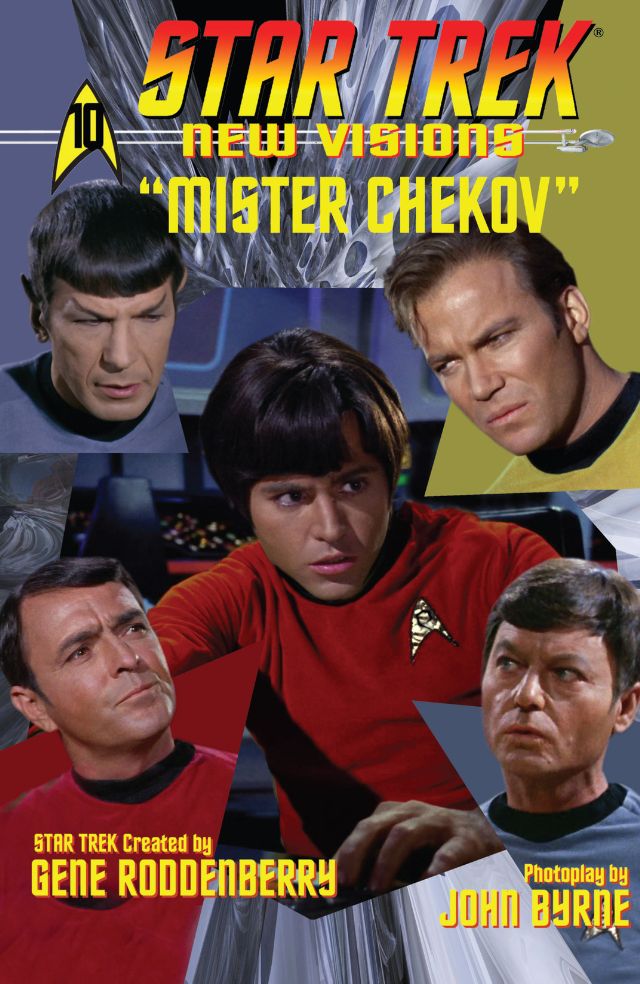 This issue is titled “Mr. Chekov” and it does not fail to disappoint. It’s ironic that I begin with a Star Trek title, given my introduction, but this is an excellent example of permissions and licensing. I don’t even pretend to know how these things are arranged, but however it works, IDW has to be the king of “making things happen”. They have comics about other licensed properties, and they clearly know what they’re doing.

This comic is probably the most unique book out there. John Byrne is a legendary creator who has a fan’s love of Star Trek. Not only does he have the talent for this type of tribute (that every fan wants to do) but he also has the good sense to let people who wear suits take care of the licensing end of the business.

I loved this issue. It looks at Chekov’s early days on the Enterprise and how he managed to move from Engineering to the Bridge crew. Byrne interprets a possible origin of a seminal Trek character while using original images and Trek iconography and writes an inspired story.

I’ve read online comments about seeing Byrne draw his comics. He has drawn and written really amazing Star Trek comics for IDW in the past (I have all of them) and they have that same reverence and attention to detail. However, watching Kirk interact with Spock and McCoy in new yet recognizable way is nostalgically wondrous. I swear I can hear the original theme music in my head as I read this book. It works for me and I love it. 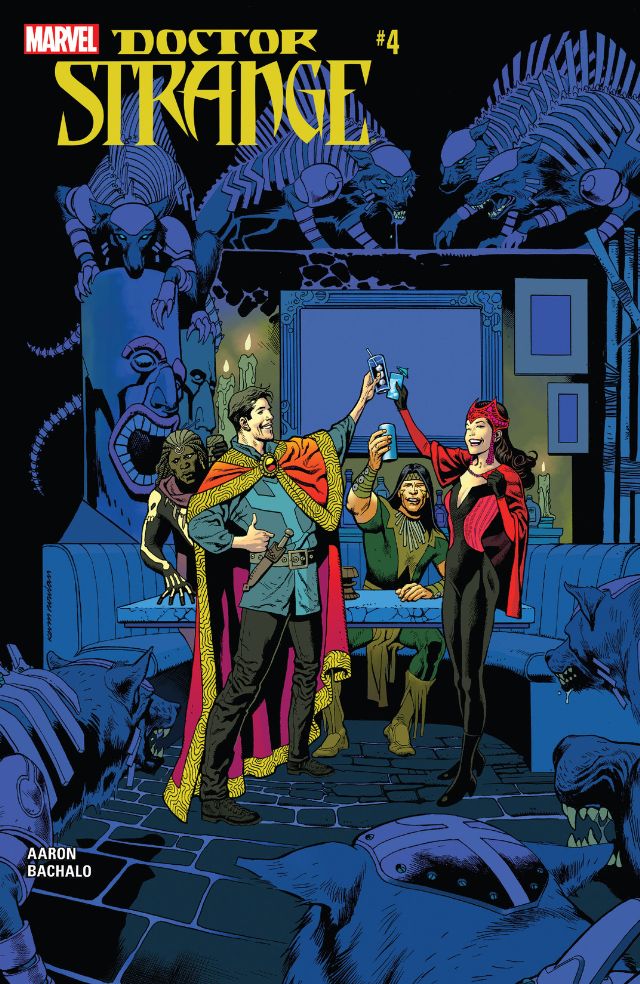 Loving this new launch. Jason Aaron is a truly gifted writer and while Chris Bachalo’s art is not to my liking, Tim Townsend’s inking really sharpened it up and I found I didn’t mind it as much. But the whole concept of Dr. Strange with friends, not having all the answers and even a teeny bit humble realizes this character in a whole new light for me. I like that Aaron is doing his best to explain the rules of Strange’s magic to a new audience and even though it was customary for Strange to rely on a plethora of sorcerous deus ex machina tricks, Aaron treats his audience with a lot more respect. Definitely needs to be on everyone’s comic list. 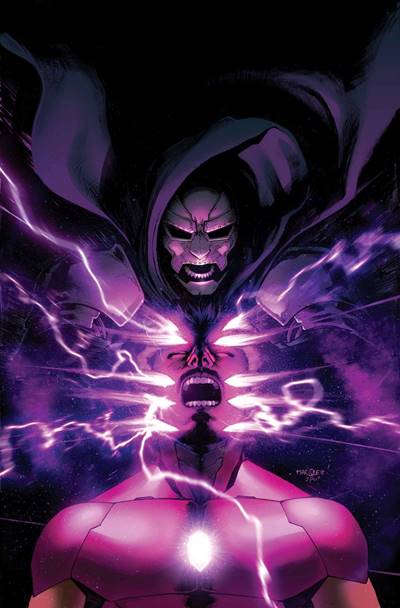 David Marquez’s art is perfect for the high-flying, fancy-talking slick machine that Robert Downey Jr. has so effectively branded on the Tony Stark persona. It’s stream-lined and slick in itself. Good storyline from Bendis in that we see Doctor Doom actually lend a helping hand in a mystical way. If this is some sort of leftover from the new Secret Wars event (that we are still waiting on) then it seems to be one in the right story direction.

Although I have to confess, Mary Jane Watson fan that I am, seeing her as the new Pepper Potts is not what I was looking for in this book. Still, that aside, good book to pick up. 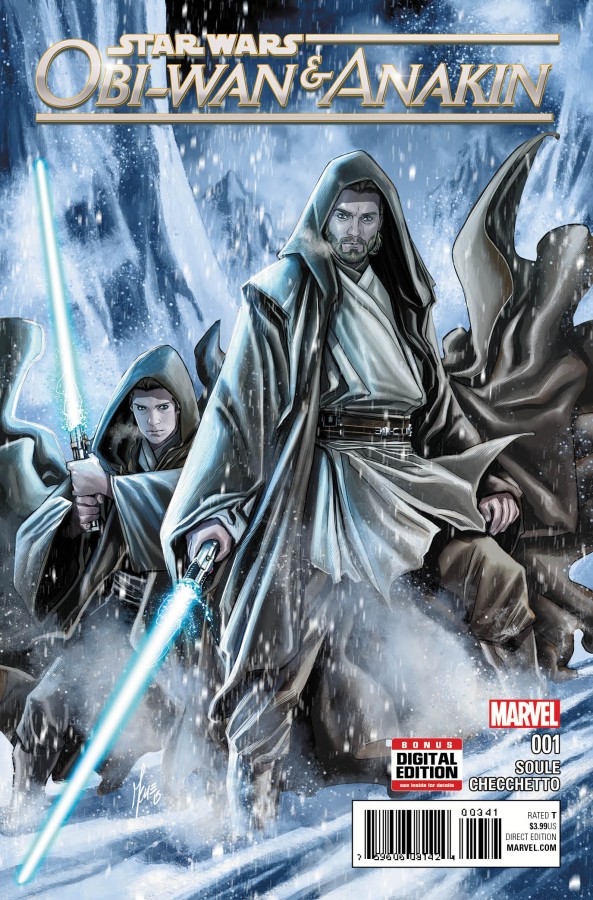 Okay, just attach the Star Wars label to it and it’ll sell.

I’m not crazy about Marco Checchetto’s art; it’s not bad, don’t get me wrong. But I find his landscape art very soft and pastel. His focused work is very detailed and precise and when you have two Jedi Knights in combat, that’s what you want to see. It’s enjoyable, but it has its issues.

Charles Soule is a phenomenal writer who comes up with some really great independent, standalone stories. This one will do well because it has Obi Wan, a character that every true Star Wars fan venerates. Anakin, on the other hand, not so much.

Still, it was a good first issue and I look forward to reading the next one.

Still, it’s the cover that is the real winner here. With two enraged wookies engaged in combat on the front, how can you ignore this book? Again, it’s Jason Aaron who has already demonstrated his mastery of comic writing this week in Dr. Strange.

Maybe they should give him more titles to work on?

This is part five of the “Vader Down” cross-over event. I have to say, I am loving this event. Not only is an excellent example of cross-weaving titles together – and that it can still be done today – it’s also a really reminder of the success of the cross-over events in the 1980’s. So I’m not only enjoying this from a classic Star Wars perspective, but also from a classic comics one.

This is a comic done right. Mike Deodato really shines in his presentation of the Star Warriors. His fight sequences are amazing and he even manages to get the likenesses right. This is an action packed comic and with one more installation of the “Vader Down” event, I can’t wait to see how it turns out. Lots of crossed stories coming together in that one, that’s for sure. 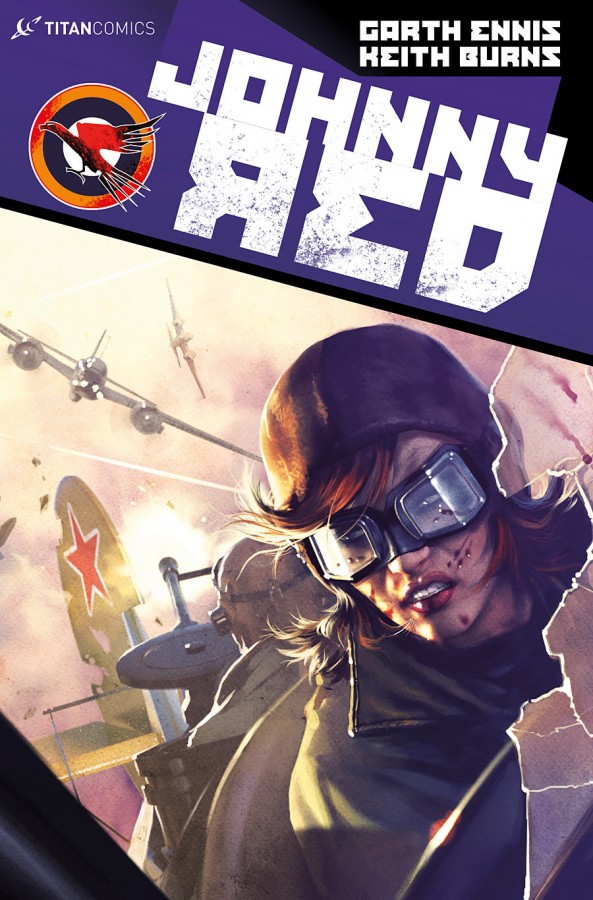 “But Nina Petrova flew with hatred in her heart.”

Beautiful. With one sentence I am immediately thrust back in time to those heady days of reading the British war comics that shaped my understanding of fiction and History. These are things I teach today forty years later.

Back then, I was drinking melted Thistle Pops (remember those, my ex-pat Brit friends?) and reading those comics; now I’m drinking bourbon. Some change. Garth Ennis has done a wonderful job of paying tribute to those early creators and while he captures that flavour, this is indisputably his and Keith Burns’ book. 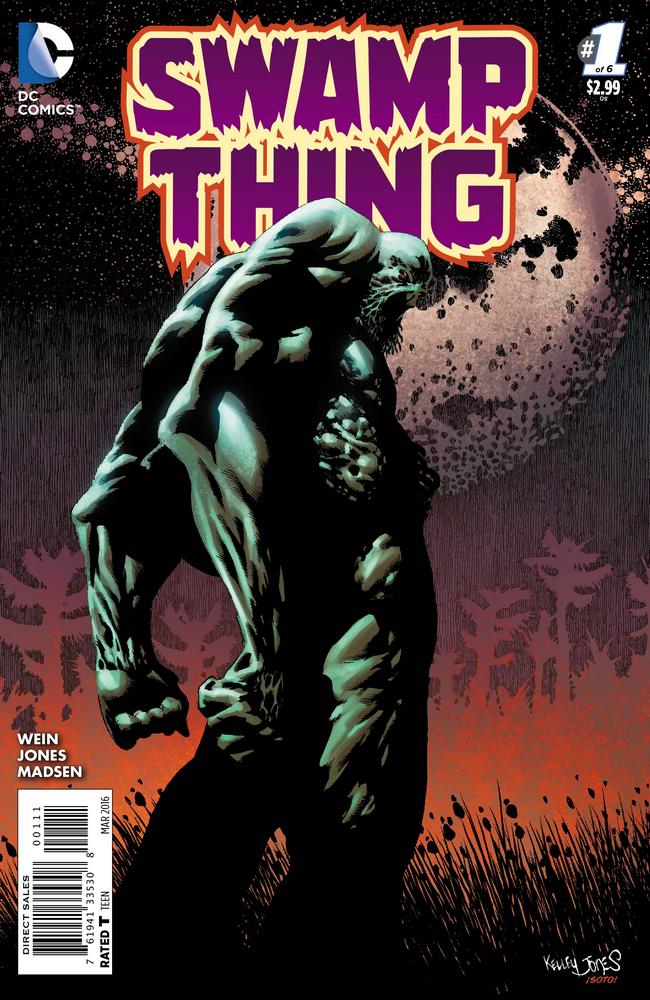 My first thought was: why a mini-series? Does Swamp Thing not have enough draw to the character to risk a full series? But then again, I thought: it’s safe.

Kelley Jones’ art is serviceable and does a fairly good job of channelling Totleben (the definitive Swamp Thing artist in my mind) but it’s Len Wein who has brought the character back to its … roots. (Sorry – couldn’t resist.) I think even Alan Moore would enjoy this decent, standalone story that even has a classic supernatural flavour and villain for it.

While it acknowledges the Swamp Thing’s supernatural bent, this book also pays homage to those early days of the Swamp Thing just being a conflicted monster that lived in the swamp and tried to do the right thing whenever it could. It was very simple but workable trope and it’s good to see Wein bringing that back. I’ll stick with this for the duration and see where it goes.

And it’s that time.

My pick of the week has to go to …

Byrne makes this look so easy, but when you consider the time and effort that must go into finding, arranging, editing, modifying and even creating visual effects for the book – it’s an astounding piece of work that I look forward to reading every month.

I think this is one of the reasons why I love IDW and I love this comic. Byrne looks at possible other adventures of the original Trek. He uses still photos from various TOS episodes and re-arranges them into novel, new adventures. Not only is it authentic but it is also dedicated and legitimate. It’s an example of fan passion, business and creativity all mixing together in a perfect storm of supplementary canon!

That’s an exemplary example of how a fan should pay homage to somebody else’s work. Perhaps Byrne would be interested in giving a few lessons?