I’m a gamer; always have been. I love role-playing games, computer games, and of course, board games.

I don’t win a lot … I think I get wrapped up in the social aspect of gaming, the story development of the game and the fun that happens when odd dice results are rolled. Of course. I also am a bit of a softy – I honestly can’t stand taking advantage of someone – even in a game!

I think there is a correlation between people who read comics and play games. There’s a level of fantasy that emerges when games are played that comic-readers are very open to. Even more so when it comes to role playing games. 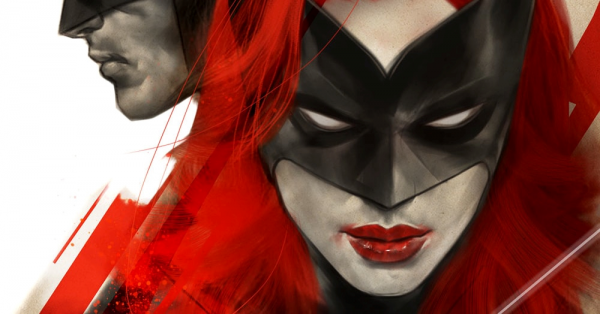 This is the first issue in the “Batwoman Begins” arc. I’m not a Batwoman fan to begin with, and I find the proliferation of “Bat-characters” only serves to water down the value of the Batman character itself. Still, James Tynion IV gives us a good insight into the motivation of this character and her relationship with her father who serves as the motivation behind her willingness to don the cowl and cape.

I found the story to be somewhat unexciting though I did enjoy the mutant seagulls. 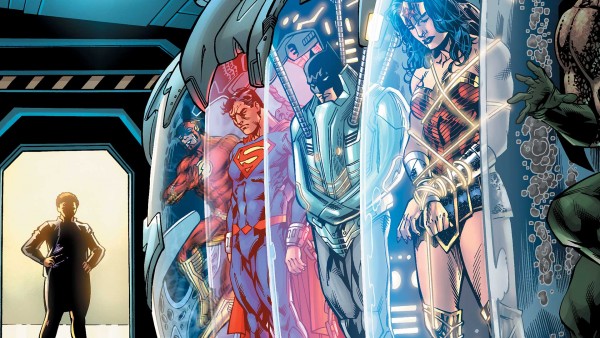 I thoroughly enjoy when super-groups come together. The strictures of behaviour between these two groups is a wonderful exercise in contrast. While both have their own specific team dynamic, it’s wonderful to see them operate in their own ways. Whether they believe it or not, the Suicide Squad has their own set of dysfunctional values and sense of team identity. It’s an entertaining book. Joshua Williamson does an excellent job of bringing these two teams together and Jesus Merino’s art is very pretty. 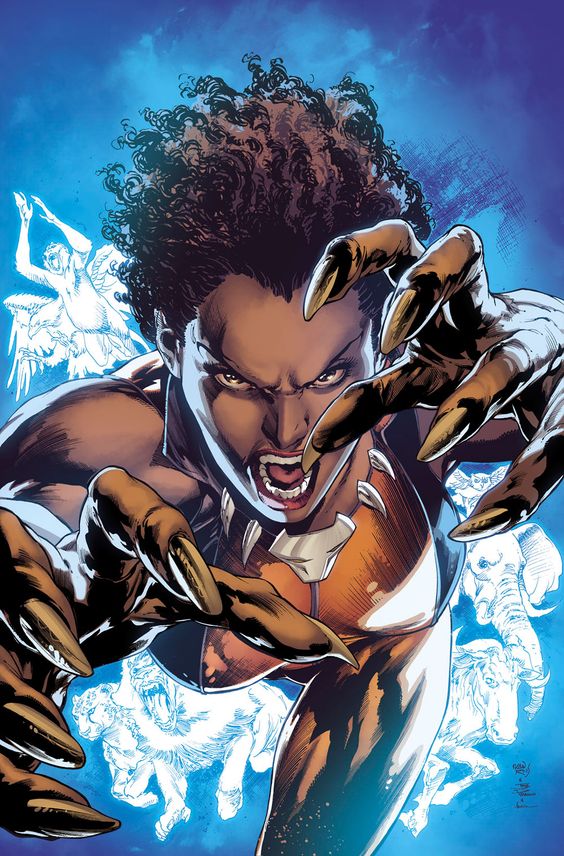 I was expecting something new with this JLA REBIRTH title and I was disappointed by Jody Houser and Steve Orlando in that I didn’t get it. It was pretty much a re-hashing of the same character with no differences or innovations whatsoever. However, to be fair, it’s not like the Vixen is a character who should have her own comic in the first place.

This is a tough sell for these two co-writers. Vixen is a second-stringer who is a great supporting name to a team book but certainly doesn’t have the chops to merit her own title.

Even the villain was laughable. Spiderbite? Taken out by a dolphin strike? Give me a break. 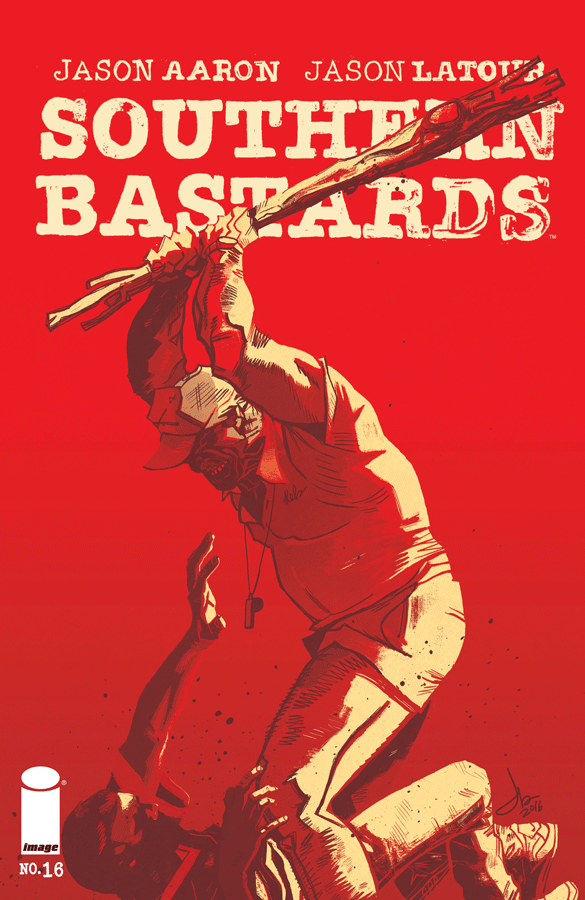 Jason Aaron is a thoughtful and dynamic writer and this book is an amazing snapshot of a culture far-distanced from anything I know.

Imagine that high school football is the only thing that keeps a dying town from drying up completely. Whether that’s right or wrong doesn’t enter into the equation; it is what it is – and either you accept it or you just pack yer bags and get the hell out of this town, if you can.

For me, this is an alien place with even more alien values. But I can’t help but stare in fascination at the thinking and reasoning behind many of the savage and barbaric things done in the name of the Runnin’ Rebs. If that means that a kid’s future has got to be sacrificed on the altar of high school football so that the town’s hometown heroes can break their losing streak, then so be it.

Jason Latour’s artwork is gritty, etched with pain and inked with a sense of grim determination that matches the pulse of this forgotten corner of dusty America. I have to say that it’s one of the most attention-demanding comics I’ve ever read and it gets my honorable mention for this week. 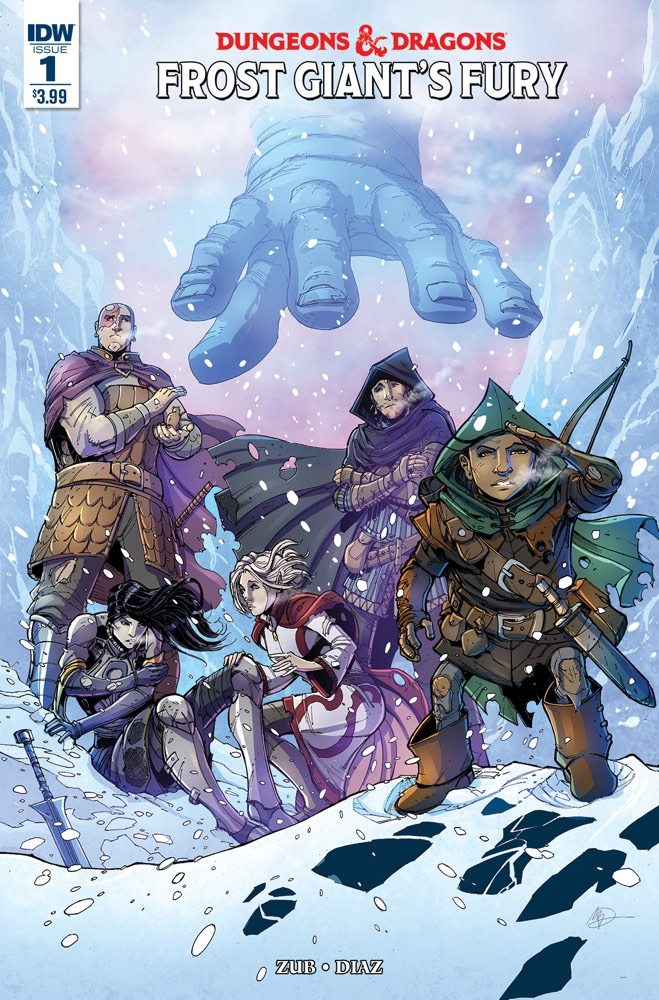 I always like reading something by Jim Zub. Not only is he one of the hardest working guys in comics, but he has this notion that comics are meant to be fun. Sure enough, D&D: Frost Giant’s Fury #1 does not fail in this regard.

If any of you have ever played Dungeons & Dragons – whether in your forlorn youth or in your dotage (like me!) – then you will understand the basic dynamics of this book. It has the same sort of rhythm that a veteran dungeon explorer will most assuredly recognize. There are character backstories and motivations, the sense of doing what’s best for the party and then a surprise attack by an unwelcome assailant. Whatever happens in this book, Zub handles it like a masterful dungeon master.

Netho Diaz’s art is very likeable. It’s crisp and clean and presents a clear rendition of a typical D&D adventure. In short, it gives the readers what they want. This is art that matches Zub’s writing perfectly.

There is an innocence about this comic; it’s not pretentious and it delivers exactly what it promises. When I couldn’t find a gaming group, Wizards of the Coast had a wonderful PC version of Baldur’s Gate and how delightful it is to see characters like Minsc the Ranger from that game show up in this book. Zub’s stuff is always a lot of fun to read and I’m glad I had a chance to pick this one up.

That brings me to the Pick of the Week. Of course, how could I pass over Jim Zub’s Dungeons & Dragons: Frost Giant’s Fury? It’s got everything a game player could love. You can’t help but feel like you are sitting around a table populated with gamers when you read this book. It makes you a part of the group and when you are too busy to be a part of your own group, well, this is just a fine substitute.

Plus, Minsc’s dialogue is pure hilarity. I dare you not to laugh and enjoy this comic.

That’s it for this week. Hopefully you get a chance to hang out with a group of your own intrepid adventurers until the next week!