A friend of mine once said: “just lock me in a room of comics and throw away the key for a spell. That’s how I want to spend my day.”

It’s true; it’s so relaxing to be surrounded by graphic stories; to feel the crisp, unsullied smoothness of a comic in your hands. A nice comfortable chair, and you’re away with heroes, strange lands, or distant ages at both ends of the time spectrum – it’s nothing short of a wonder to be transported by a comic.

I’m only now beginning to appreciate digital comics. Yeah, the age-old complaint of the collector: what will they sign, is flaring in my mind right now; especially as I begin to make my plans to attend San Diego Comic Con in July. Surprisingly, this is my first time going to SDCC. Yes, I’m a comic-con virgin, and I have to figure out what I’m going t bring to get signed.

I know only a few guests have been announced and I still have plenty of time, but I’m a Canadian, people! We are expected to be planners! It’s the British Imperial Frontier Tradition!

However, I’m not even going as a comic guy. I’m actually travelling as a Star Trek reporter with the other website I write for. I’ll be on the hunt for Star Trek celebrities as well as other Star Trek stuff.

But I can’t forget the comics. In fact, I was watching Comic-Con Episode IV: A Fan’s Hope just recently. It’s a documentary about SDCC and how there has been such a switch from comics as the emphasis of the show to the other aspects of geek culture. Star Trek, Star Wars, films, TV shows, et. al.

Okay, the art is loaded with an amount of animation that is just quivering to jump out of the frames. Just as the storyline is sonic-based and bent on the destruction of the inhuman menace, the Quietus, you can almost hear the resonance in the images drawn by Annie Wu. In fact, when Black Canary screams, I swear the frames vibrate. She’s the right artist for the spirit of this book, dedicated to the memory of David Bowie. Brendan Fletcher has the right tempo as well. There is a staccato-like punctuation in his narration in which he describes the sentience of sound. The words guide the initial panels and the reader to the realization of the danger that threatens Dinah Drake-Lance to the eventual confrontation with the Quietus. This is a living, singing book.

The Adventures of Supergirl – Chapter 1 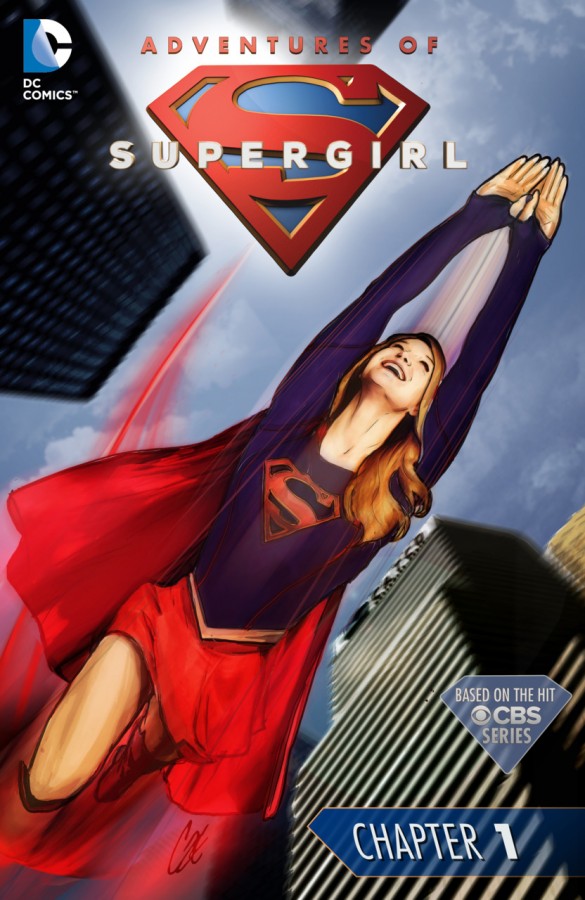 This is an unprecedented review opportunity for PM; a chance to review the first chapter of a new exclusively digital comic from DC that ties directly into the DC Television universe. The comics are shorter, but appear with greater frequency, which means readers can ultimately get their fixes faster. With the success of the DC TV programs, it’s an exciting opportunity to see how comics can support TV in this venture.

It reminds me of the old Shazam/Isis Saturday morning cartoons that saw a comic connection. Also, the evening sitcom. “Welcome Back, Kotter” also was part of the DC/TV comic imprint, along with the Super Friends back in the 1970s.

Still, these were received with acclaim and the fact that there was a comic definitely captured the attention of younger readers who felt empowered to read about a video source that was readily accessible. It was a cool experiment.

The comic itself is pretty damn cool. While it is shorter, it encapsulates exciting moments and has a pace that is uniquely and obviously different from its 24 page counterparts. In fact, the pace is very similar to the weekly serials published by comic companies in the UK. It establishes the background very quickly, connects the premise to the background and then leaves the reader dangling from a cliffhanger. It’s a very delicate piece of writing that has to be done and Sterling Gates manages to deliver a very solid issue that accomplishes that aim. With scintillating art by Bengal, this is the literary equivalent of a World War II pocket battleship: massive amount of firepower in a compact frame.

Yeah … I enjoyed that comparison.

But in all seriousness, if DC can continue this trend and deliver a digital product of this high quality, then it’s going to be worth sacrificing the in-hand paper version. It’s an exciting read that captures the essence of the TV show and provides an accessible supplement to it. 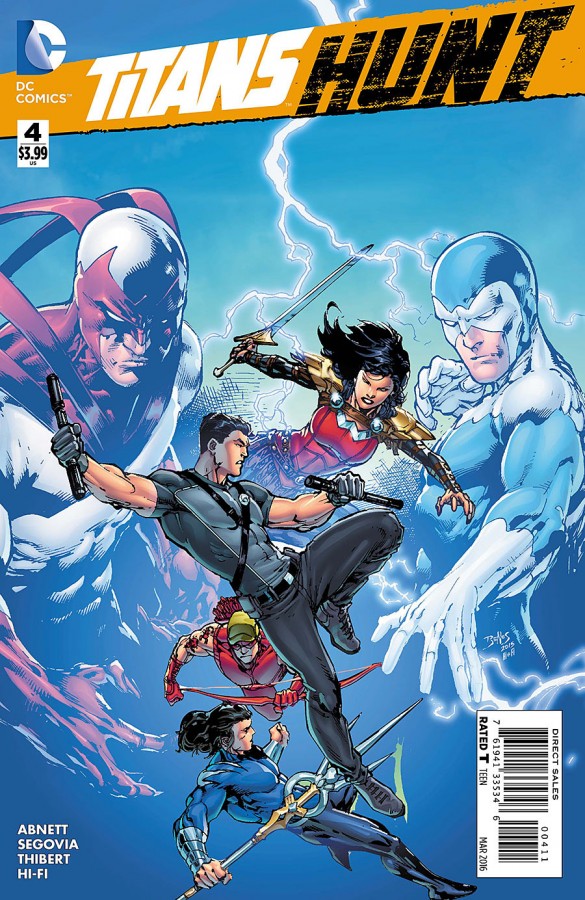 I think I missed an issue of this, but that doesn’t seem to have affected Dan Abnett’s pacing; the story is still locked in the discovery portion of the plot. The Titans are still realizing that they know each other … somehow and the threat that they face hasn’t truly manifested itself. So even though I’ve missed an issue, it didn’t affect the story all that much.

It’s just nice to see the Titans back together again – the original ones, that is. But even still, I’d love to see Starfire and Cyborg show up – with Beast Boy in tow. You know, like the plot. 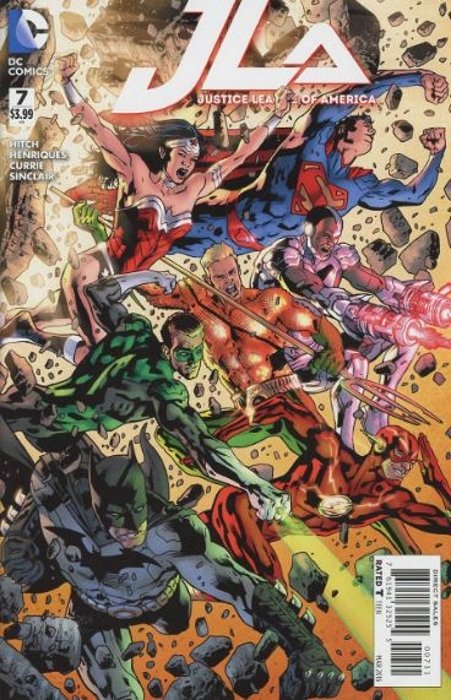 There was a little bit more development to this issue. Rao has revealed his cards in a predictable if acceptable way. I guess the problem I’ve had with this story is the lack of believable surprises it’s held. Green Lantern zapping back to Krypton’s past just seems too trite and Rao is just another megalomaniac with seemingly omnipotent powers. However, in this issue, there some decent twists that made it somewhat more palatable.

I know I’ve been hard on this book in the past, but this one actually managed to see some improvement in my eyes. I confess, I … somewhat enjoyed it.

Yeah, that was a hard admission, I admit.

It looks like all the birds are coming home to roost in this one. In this issue we see a return of the initial characters we were introduced to at the beginning of this epic series. Which is good, considering that some of them have been absent for so long that we need the reminder of who they are and how they connect to this series.

The tempo of this issue seems to be leading towards the culmination of the series. It’s so big though that I have difficulty imagining what this series is going to look like in the end. It begins fairly creepy though and takes us through at least a good ten pages of H.P. Lovecraft inspired ghoulishness. With a prophetic, messianic vein that runs prominently through this book, this turns into a dark and haunting continuation of a story of the “world-that-could-be” that promises nothing but despair and destruction. 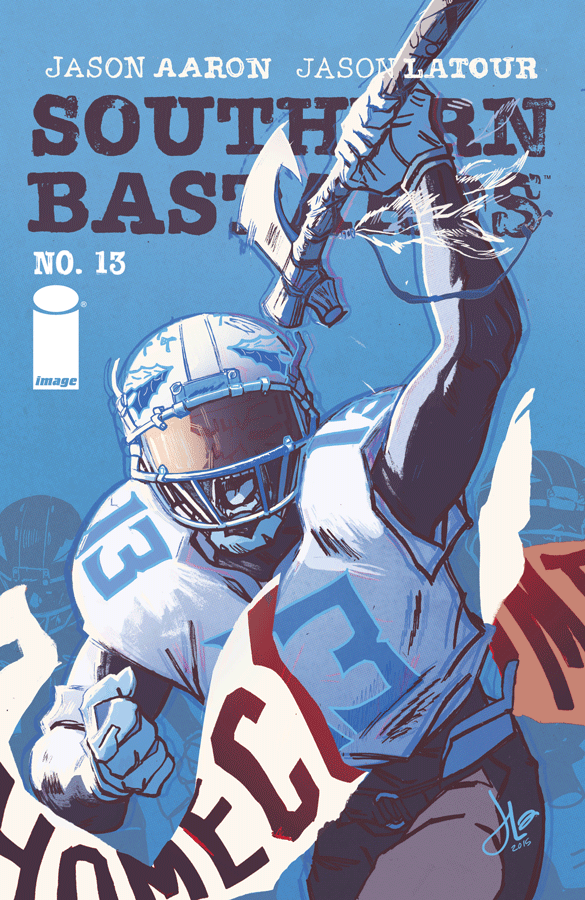 Jason Aaron … just wow. How can this man so effectively present an anti-hero as soul-less and crude as football coach, Euless Boss as having some sort of redemptive qualities? Who does he know to base this character on? This is an outstanding title that I accidentally discovered that really underlines the importance of small-town football in the Deep South. Even the name of the football team “the Runnin’ Rebs” effectively oozes the culture that Aaron has presented to us. It’s an entirely epitomized human drama that underscores what people will do for their passions, especially when their cosmos is so focused. Just an incredible book to read. Do yourself a favour and go back and find the previous twelve issues. 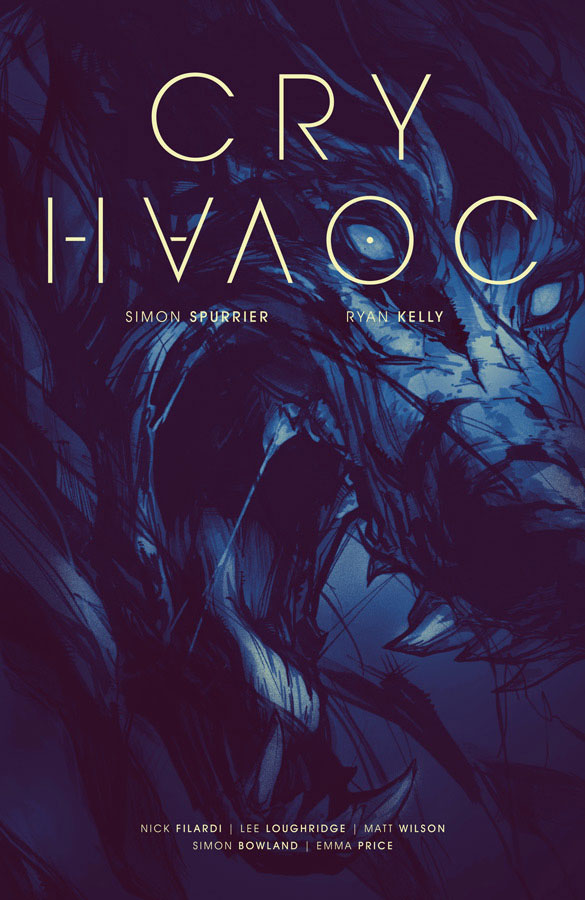 I took a gamble on this one and was pleasantly surprised. I admit to some curiousity about the background of the book’s characters and setting and I do confess to some vagueness about how the characters all connect, but that’s the purpose of the number one these days, isn’t it?

Back in the day, Number Ones laid out the characters and the background in an explicit way to sell the comic hard. These days the current trend is to tease and to provide just enough information in order to persuade you to buy the next issue. It’s a subtle cliffhanger technique that dominates the storytelling methodology in current comic writing.

I see this in Cry Havoc. I loved the opening panels in which the protagonist and her girlfriend talk about the matriarchal habits of hyenas, but then it lost me as we got further into the story and how Lou was special. The apparent supernatural dimension connected to a mercenary, black ops type of story took me by surprise and seemed to come out of nowhere.

While the motivation is a little still in the dark, I have to blame that on the teasing style of storytelling. Still, really enticing work by Simon Spurrier and Ryan Kelly. I guess I’ll just have to buy the next issue and see where the story goes. 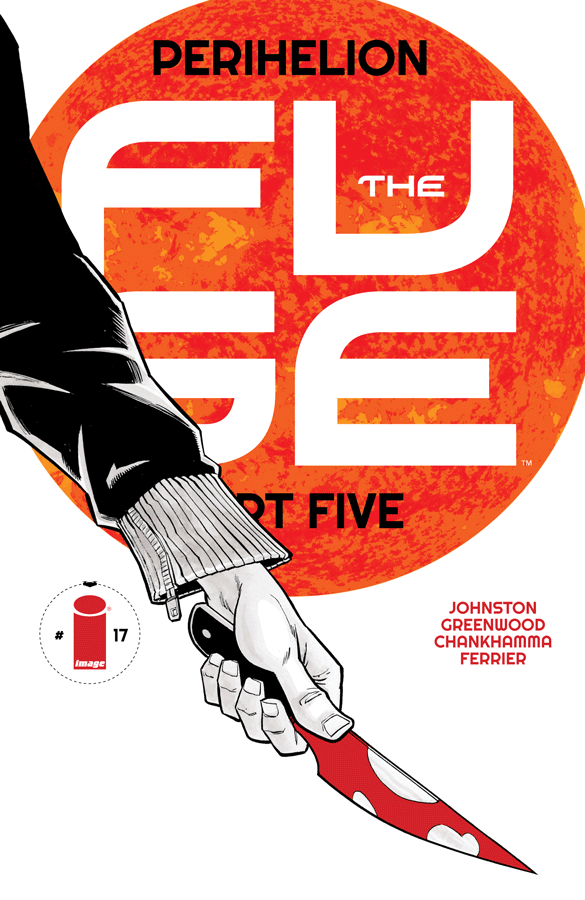 This is Part Five of Perihelion arc and the proverbial crap continues to hit the fan. This is the quintessential cop drama program in space and it’s a beautiful throwback to your favourite police show. What’s been great about this arc is the pace. A good number of the myriad plot lines have resolved in this issue but there are still a few outstanding ones to enjoy. However, we still don’t know very much about Dietrich and I’m still itching to know more about this mysterious Super-Cop who joined the MCPD for no apparent reason. Exciting, imaginative and filled with exemplary story-telling, this book is one of Image’s reasons for success.

So that brings us to the pick for this week, and I have to go with:

The Adventures of Supergirl – Chapter One

Yup – it’s a digital book and I liked it. It had action, intensity but moreover, I think it really bridged a distance between the TV phenomenon success that DC is so clearly demonstrating recently (I never miss The Flash) and today’s comic audience. Sterling Gates needs to be congratulated on a fine job of structural writing here. Supergirl’s background was deftly delivered; the plot moved quickly along to get our heroine in to the fray and with enough time left for the real crisis to emerge. All punctuated by a perfect cliffhanger for the reader to literally slaver in anticipation of the next part of the story. It had the same pacing as the Supergirl television show which does not fail to disappoint a new reader picking this series up, and as Jim Shooter said, “always assume that someone is picking up your comic for the very first time.” I could very easily move between the comic and the TV show with this book. Very well-orchestrated and I offer a hearty “Well Done” to Sterling Gates.

I think comics are going to survive by capitalizing on the success of film and television productions’ incredible sophistication. We have incredible technology with computer effects and almost 70 years of comic history material that it seems like super hero shows (in film and TV) are going to be a heavy influence on the young, growing audience that will watch them. Hopefully they will read as well, and nothing makes a kid read more than having a video accompaniment. .

So maybe that’s the audience that San Diego Comic Con should hope to enlist. Free comics when you buy your tickets? Complimentary capes and masks?

Hey … maybe the actor can sign the DVD case instead of the comic? There’s a problem solved.