The greatest obstacle to a sense of fulfilment is an overwhelming sense of futility.

The definition of insanity is doing the same thing over and over again, and expecting different results. Sometimes part of a good story is the examination of the motivation behind that process because life is complicated and sometimes a required bit of insanity in order to simply get by.

Comics are no exception to that and neither are the characters who inhabit that story medium.

That’s the theme for this this week’s run. Without any further delay, let’s get to the list of comics and look at some of that futility that makes characters – and comics – memorable. 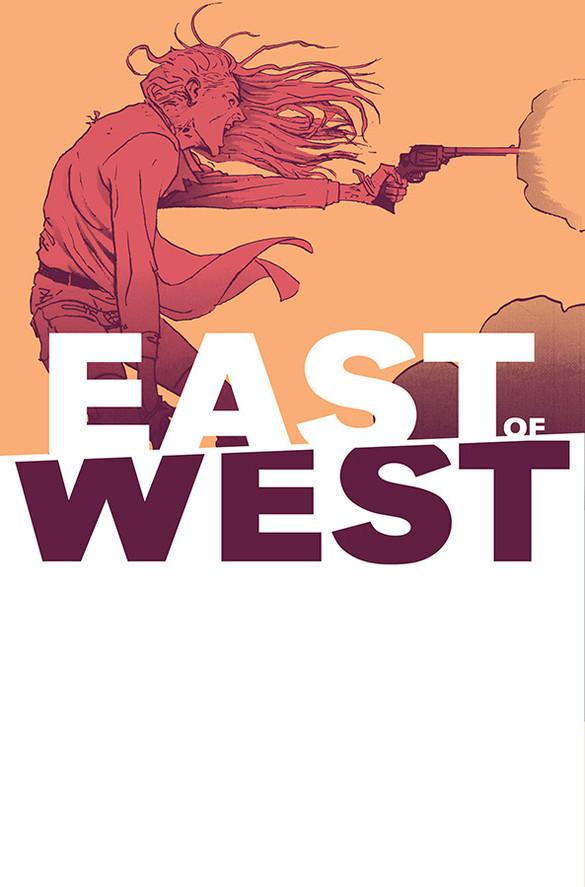 I love this book from Jonathan Hickman and Nick Dragotta. It’s been on my pull list for the last 41 issues and it absolutely never fails to entertain and … frustrate me.

It’s astonishing how this book can retain its run. After two hardcover compilations and 41 issues, the storyline continues. With a post-POST-apocalyptic promise inherent in the beginning of this story, I can’t help but wonder when is the end really going to happen?

To quote: “We would tell you to pray, but it wouldn’t do you any good. You have earned what is coming to you.”

The end is going to come – it is inevitable. But I think that’s the frustrating bit though; it’s a pending frustration that’s actually part of the enjoyment. It’s like watching some climactic historical calamity unfolding in front of you. It’s terrifying but has a degree of awe attached to it that underlies the poignancy of the event.

However, it never seems to matter what the characters do. Their choices are near futile because of the end’s inevitability and any attachment the reader makes to them is either sorely tested or rendered moot in the context of the great disaster that is about to unfold. The world is screwed and there’s nothing anyone can do about it.

However, I still love this book. 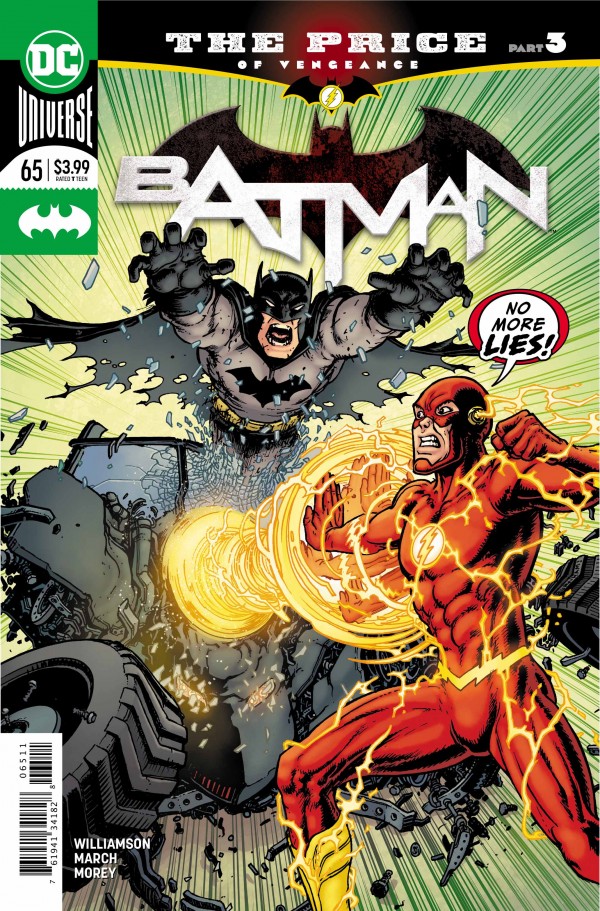 Part Three of “The Price” continues as Joshua Williamson pinch-hits for an absent Tom King. Guillem March takes on pencilling duties in the absence of a number of previous Batman artists.

Gotham Girl continues her futile attempt to resurrect her brother; continues to use her powers despite their debilitating effects on her body and during this, the Batman is unable to reconcile his differences with the Flash, especially after the events during the Heroes in Crisis series.

How do convince someone that you want to fix a mistake you caused that they suffered from? You can’t – it’s useless. The only thing you can do is to actually fix it and make them aware of your efforts. Usually, people don’t; it’s very common for folks to either walk away from the issue and leave it alone.

But Batman isn’t like that. He feels a sense of responsibility to Gotham Girl and to his friend, the Flash, yet he keeps his counsel to himself and this time, a strategic oversight has created this issue.

I’m curious to see how it’ll wrap itself up, but it’s clear that the cross-over with issue #65 of The Flash and the spill-over into Heroes in Crisis will have to be bought to get that conclusion. 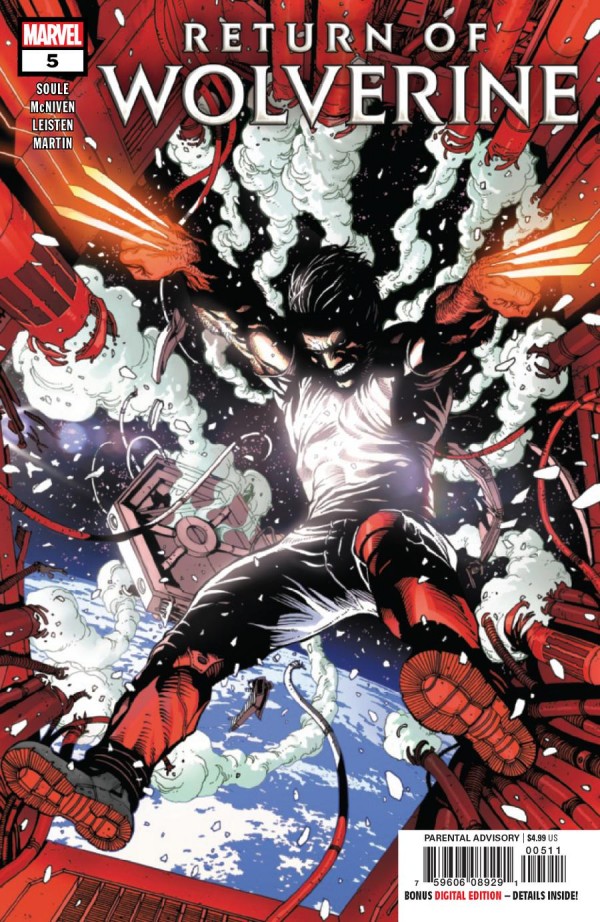 Wolverine meets Persephone in this tale crafted by Charles Soule and Steve McNiven and it’s obvious that it’s impossible to keep the Wolverine down.

Still, despite his miraculous comeback, it’s still a bit vague as to how exactly Persephone managed to do it. I mean, in The Death of Wolverine, wasn’t he covered in molten adamantium? In this comic, he is literally raised from a grave. I can’t say I’m too clear on this one and that sort of got in the way of the enjoyment of the story for me.

But … like I said: it’s impossible to keep the Wolverine down, so why even try? 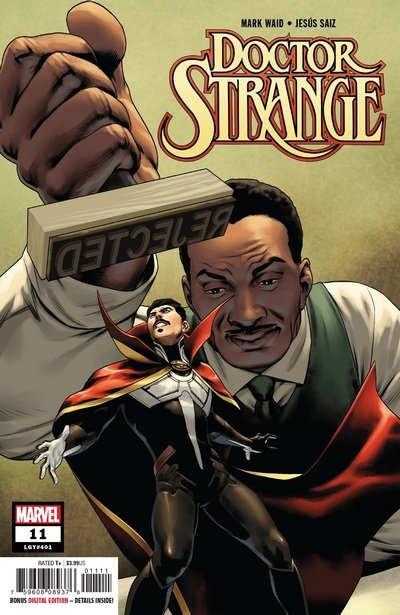 Last issue, Mark Waid and Jesus Saiz left us with what looked like a futile battle as Doctor Strange stood in front of a gloating Dormammu and a number of other gigantic Faltine striding around Strange’s neighbourhood like victorious conquerors. His former teacher, the Ancient One, was in the thrall of a mystical accountant who kept check on the magical energy that Strange had brought to the Earth and it looked fairly hopeless.

But this is Doctor Strange.

I enjoyed Waid’s conclusion to this two-issue arc. Strange has to deal with reconciling all of his misgivings with his allies, take care of his teacher and manage to somehow fend off the Faltine, who have been the quintessential Doctor Strange villain. It was good to see Dormammu return and for the good doctor to be a thorn in his side, once again.

The question I have, is where is Waid going to go from here? It’s a tough guess and even though the magical energy the Doctor has managed to acquire for the Earth needs to be accounted for somehow, it’s anyone’s guess as to where he will head from here. 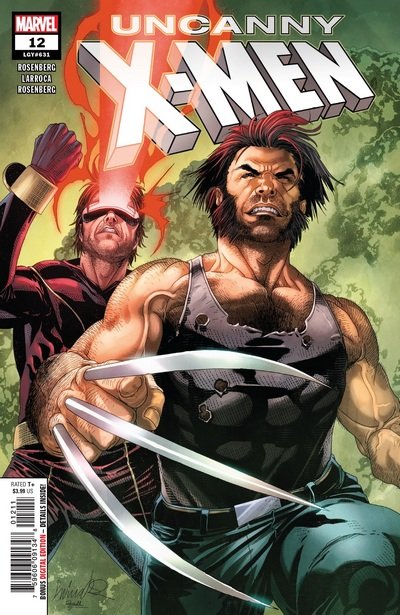 Matthew Rosenberg and Salvador Larroca have given us this this return of Cyclops and what looks like the start of a new X-Men team to replace and supplant the endless and unidentified Mutant Horde the X-Men have digressed into in the last few years. It’s futile to name every single one of them but Rosenberg loves this group of misfits and misanthropes and is, in my mind, destined to be the Chosen One who will lead them back into the spotlight once more to take their status as the premiere super-team in the Marvel Pantheon!

Phew … just a little short of breath there.

What’s of note is that he also brings back Wolverine into the fold, which kind of ties into Soule’s The Return of Wolverine in a way. Could it be that Marvel is returning to the idea of establishing continuity across the titles again? If so, then I’m all in favour with that idea.

I have to confess it did bring me great pleasure to see Summers and Logan together again, fighting side by side; Cyclops beating out orders and seeing other X-Men rally to his instructions. It felt good.

The big takeaway for me is that there is a concerted attempt on Rosenberg’s part to bring back a more closely defined X-Men team. Of course, it only makes sense that Cyclops should be the focal point for this team. It definitely echoes the heyday of my favourite Marvel team and I have high hopes for this book. 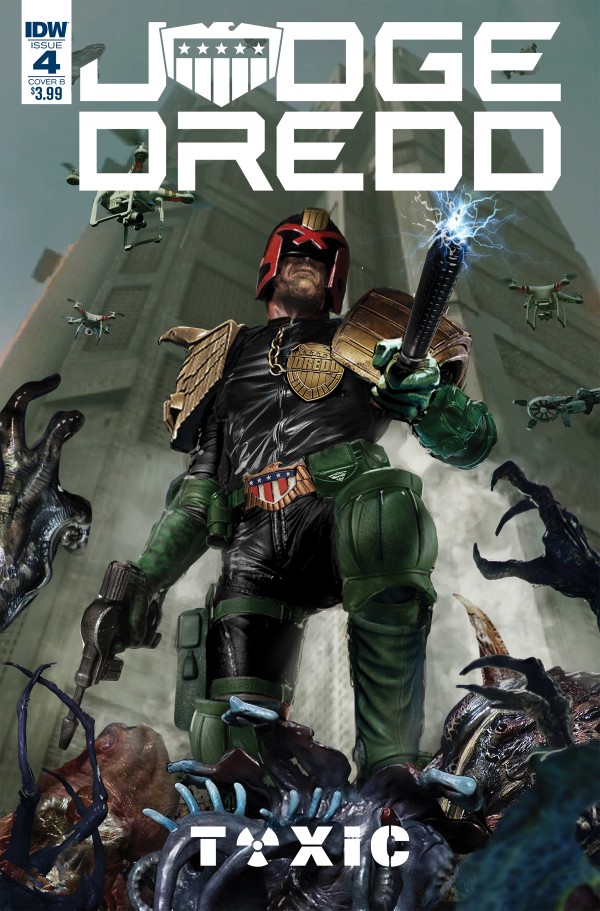 I have a special attachment to Judge Dredd; I’ve mentioned this before but he was one of my first comic addictions. Judge Joseph Dredd has a special appeal to an audience; he’s the lone hero staving off an endless horde of lawbreakers in another post-apocalyptic world that has grown unsustainable – and I think Paul Jenkins and Marco Castiello are the first creators to properly introduce the full weight and value of this iconic character into the North American market.

In this particular story, Dredd and the other judges are making contact with the Queen of the symbiotes (the Blenders) who can assist the Scrubbers in their work to filter Mega-City One’s toxins out of its precariously balanced sewer system.

But, despite the obvious good these creatures can do for the beleaguered Mega City, standing alone in the radioactive desert wastes of the post-holocaust world, it’s still the irrational xenophobia that mankind still can’t get rid of that is the perpetual enemy.

I think the futility in this comic is that no matter how technologically advanced mankind becomes; how authoritarian the social structure becomes, humanity still manages to revert back to its basest intentions and proclivities.

In its own way, the dark future of Mega City One is a lesson couched in irony. Though the reader sees the futility of trying to teach humanity to become more enlightened, in a way, she knows it doesn’t apply. The reader is real and of course, the reader is capable of growth.

On another note, the B-Cover to this book by John Gallagher is absolutely drokkin’ fantastic. Hearkening back to my 2000 AD & Starlord days, I’d say it was zarjaz! Any Tharg the Mighty fans out there?

If so, then they’d be pleased with my decision for this to be the pick of the week. Dredd was my first comic and while I probably shouldn’t have been reading about the die-hard and over-authoritarian police figure in a brutal world at the tender age of six, it was a book that really made me think about the nature of man.

I mean, it’s not like I embarked upon deep philosophical dives at a young stage of my development, but it did impress upon me the necessity of rules and how foolish people could be in making decisions. After all, if Mega City One survived a nuclear war, then why would anyone try to mess things up?

As I grew older though, I learned that it’s futile to even try to understand people. People will make choices that act against their own interests. Even as a teacher today, I still see people making bad decisions – and I’m not talking about the students. Kids emulate learned behaviours at home and whether they are too coddled to deal with discipline or too undisciplined to deal with care, these behaviours are because the adults forget themselves the consequences they inflict on their kids through their own uninformed actions.

But that’s Judge Dredd. It’s a lesson in futility that tries to teach us that it doesn’t matter how strictly we regulate society, people still find ways to revert to pettiness, instinctual hatred and other qualities that we hope we can grow past in the future.

Like I said, Paul Jenkins and Marco Castiello nailed this character and comic perfectly and I can’t wait to see more of their work in the future.

Until next week … it’s futile to resist the law, citizen!