Short and sweet list this week. Had a lot happen too.

First off, I had a couple of big articles published on top of the writing duties I have here at Popmythology. Thank God for comics – a pure escape into a fantasy world.

But that’s the other thing that happened this week. I was able to announce that at Fan Expo Canada’s Comic-Con, happening in Toronto this March 18 to 20th, that I will be hosting panels with John Ostrander (creator of SUICIDE SQUAD) and Jim Shooter and Mike Zeck (Marvel Super Heroes Secret Wars).

Tomorrow I’ll be talking with Marc Andreyko about his work on the latest download sensation from DC Comics, Wonder Woman ’77.

I’ve been a little busy, so I apologize and will now look at this week’s pulls! 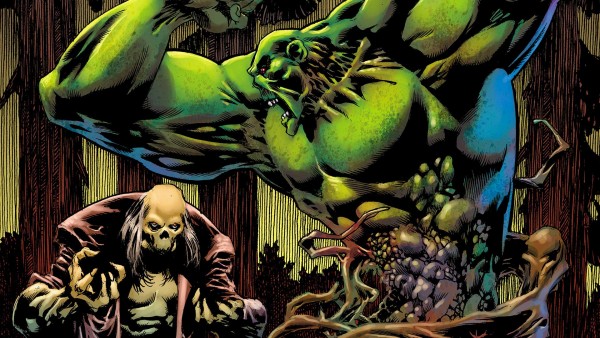 Wein’s Swamp Things is remarkably uncomplicated. Maybe that’s just me, but I find this completely enjoyable. AS I get older in life, I’m finding that the less difficult things are, the more they can be appreciated. 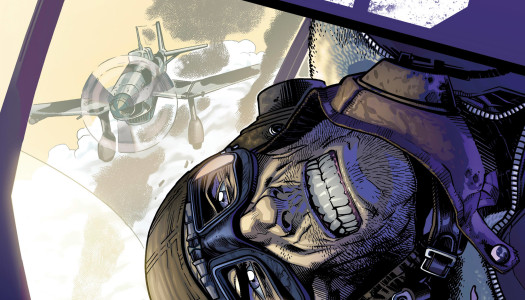 Such an engaging story. This is a different twist on the original 1970’s British comic by concentrating on the backstory of Johnny Redburn, rather than presenting it as a serial. But who cares? It’s just great to see such an awesome secret war story take place and the fact that it is an uncovered, archaeological story makes it even more valuable. Ennis has uncovered a buried treasure for us and presents this amazing story material in a new way that is contemporary and relevant for this day and age. Probably the best thing Titan has ever done. 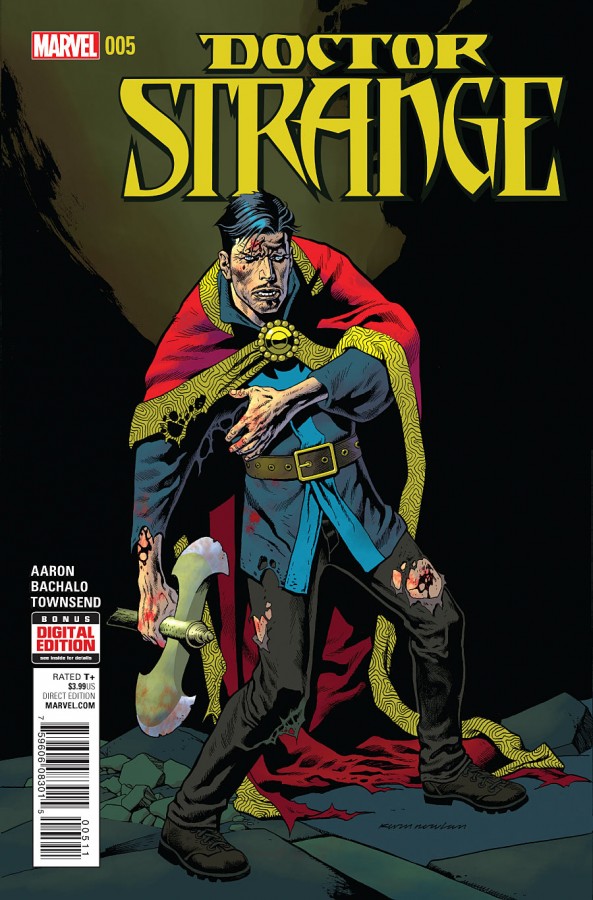 Jason Aaron is a man deserving of a free drink. Whoever reads this, if Aaron is in a bar with you – buy him one for me.

In the first five issues and Aaron has developed new things about this character that not only make him more appealing but also relevant for the 21st century. Strange really hasn’t changed very much in the last twenty year but Aaron has developed more magical history, a concept of the cost it forces Dr. Strange to pay for his powers and that being the most powerful sorcerer on Earth isn’t just a title, but it comes with more responsibilities than was originally thought.

It’s a great title. Definitely one of my new favourites and I can’t wait to read the next issue. 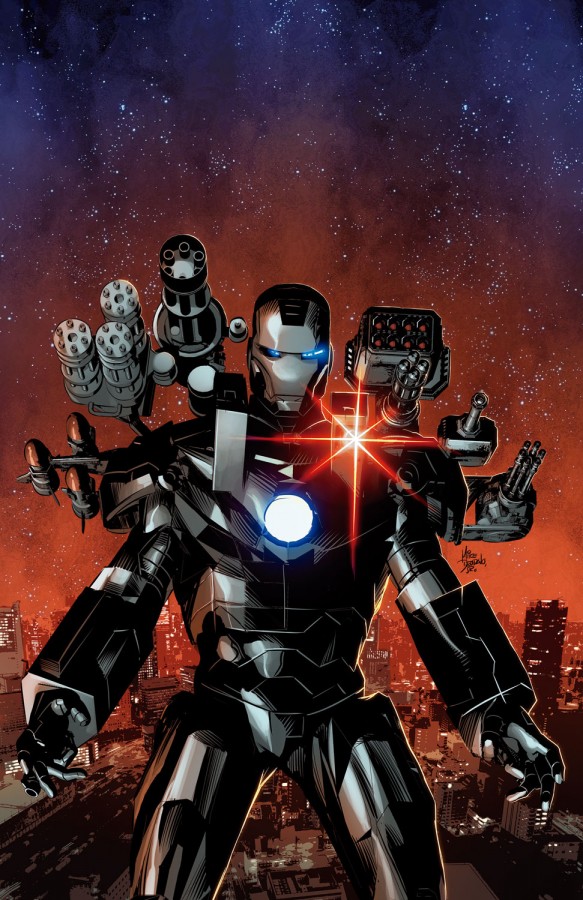 Fun … but lately it seems to be more the Doctor Doom show. With Doctor Doom’s new good persona, Bendis’s latest plot seems more to be about a vague ancillary reference to the after effects of the non-event that was the Secret Wars. I can’t say I’m enjoying it and Robert Downy Stark is getting a little tiring. Yes, that’s the character, but I guess there’s a challenge in writing a sole title about a genius millionaire superhero with the sexual sophistication of a rutting warthog. Suggestion: leave Doom out of it, but if you’re dead set on making Madame Masque a mystical foe, then incorporate it into the Doctor Strange as a crossover and get Jason Aaron in on some of this action. 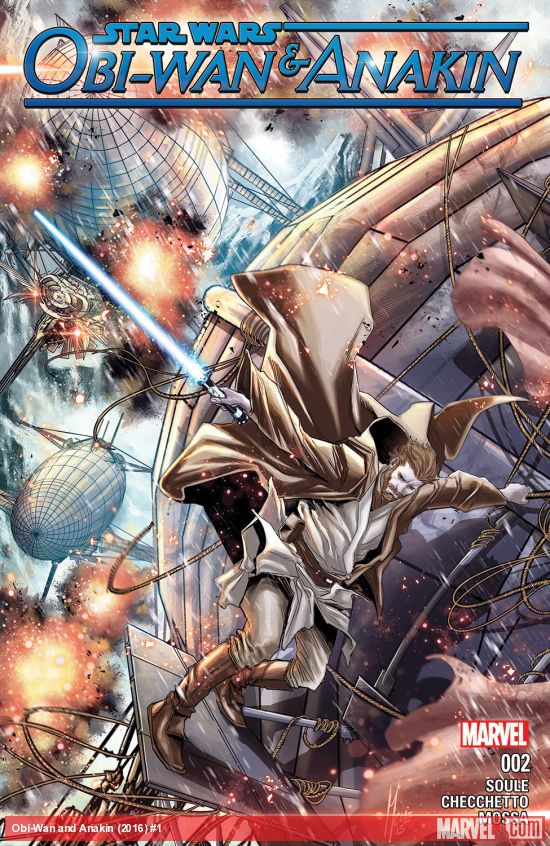 Can’t say I’m particularly drawn to this story. Not to say that there’s anything wrong with it; it’s just that I’m getting a little tired of the manufactured Star Wars stuff now and it’s reached its saturation point, in my opinion.

Still, Charles Soule is an incredibly talented writer and to conjure up an original story like this is – well, it’s like some sort of vision crafted by a hokey religion and foolish superstitions. By that, you know I mean the Force, right? And that Soule has some sort of Jedi writer training, right?

But Anakin Skywalker is just not a character of interest. I mean, he’s of more entertainment and importance when he becomes Darth Vader. Anakin is a whiny little sucky-pants – if I wanted to get technical, whereas Darth Vader is a consummate master of evil. Still, it’ll sell to the Star Wars fan and there’s a lot of them out there.

Like I said, it’s like discovering buried treasure. Garth Ennis is the right guy for the job of presenting this material for a new century. Not only was he brought up on these stories but he also is a gifted story-teller. All he has to do is re-work the material from a new vantage point and apply his visceral and emotional style to this character and series that he knows so well and you have the perfect storm of historical fiction.

Ennis just doesn’t know this material – he knows World War Two history. The extra technical information about Russian fighter planes in this issue adds an extra dimension of authenticity, which is also a hallmark of the British comics of the 1970’s and 1980’s. Like I said, he is the perfect writer for this book.

With that in mind, that’s a wrap. See some of you at Fan Expo’s Comic-Con in Toronto in March and let’s just hope for more time and more comics to talk about next week!