Stories that emphasize the value of a character’s role in a story setting have always been enjoyable reads, to my mind. There’s something about the concept of an almost predestined character that is not only true to their inner-self and motivation but also to the flavour of the book they are in. For Batman, it’s always about Gotham and the city that he needs to protect from itself. Likewise, Superman, who now has a newly-defined sense of family in the DC reboots, but also has a role to protect his adopted planet. But his role as a father is something that he can never lose, and something that I think he was always meant for.

That’s what we’re looking at this week as we go through the comic list for this week: pre-destined roles or the ones that our favourite comic characters naturally gravitate towards. Let’s get to the list. 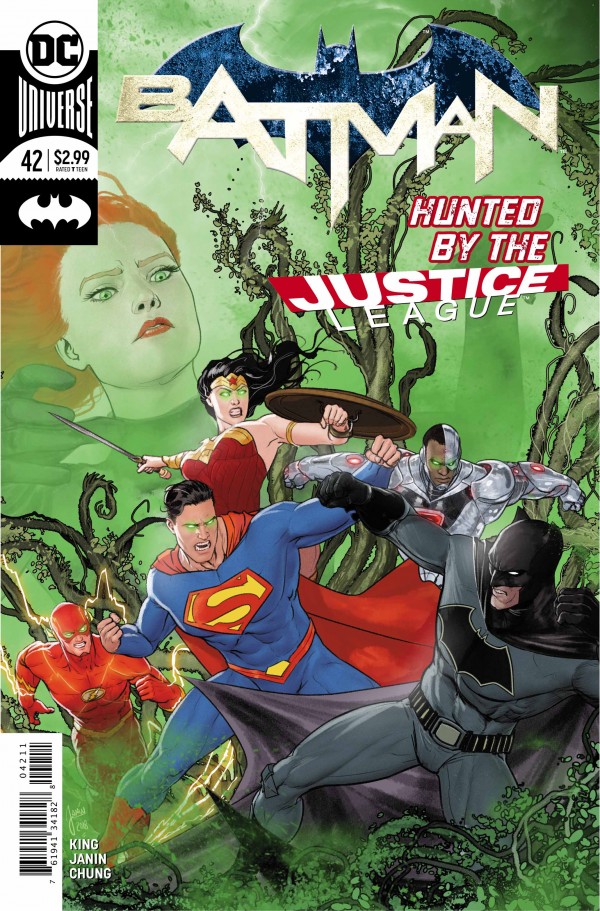 When Poison Ivy takes control of the entire world through her connection to the Green, Batman and Catwoman are the only ones exempt from her influence. It’s an odd situation to be in but seeing Batman outwit Poison Ivy, temporarily escape her overview, and goading her into emotional responses is exactly why Batman will always be the defender of Gotham, regardless of his situation.

Still, I have difficulty with seeing Poison Ivy as a world-class villain. Granted, she’s gone through some changes that ostensibly can see her in this role, but I can’t help but think about the other elementals in the world who might have something to say about this. Batman is the defender of Gotham, and thwarting a world-class villain is a little out of his league.

But … hey; Batman hasn’t fled Gotham. Tom King shows us a Batman in the right place, the right time and a good understanding of this character.

Bizarro has always been a frustrating character to me. Is he misunderstood or is he really a villain? It’s difficult to appreciate but it must be more difficult for Patrick Gleason and Peter J. Tomasi to write. After all, bizarre is a twisted and inverted version of Superman and this issue, titled “Father of Boyzarro” struggles to explore that Bizarro is a father and a hero on his own world, but in his own inverted way.

Yeah, I know it seems easy to simply say that Bizarro is the reverse of Superman but trying to explore his deeper sentiments like being a father, the hero of his own world, a husband and even a farmer, are hard to understand, given the inverted perspective he has of these things.

That’s Bizarro for “it gives me a headache”.

But, if that’s the role Bizarro is to play in the Superman gallery of villains, then so be it. 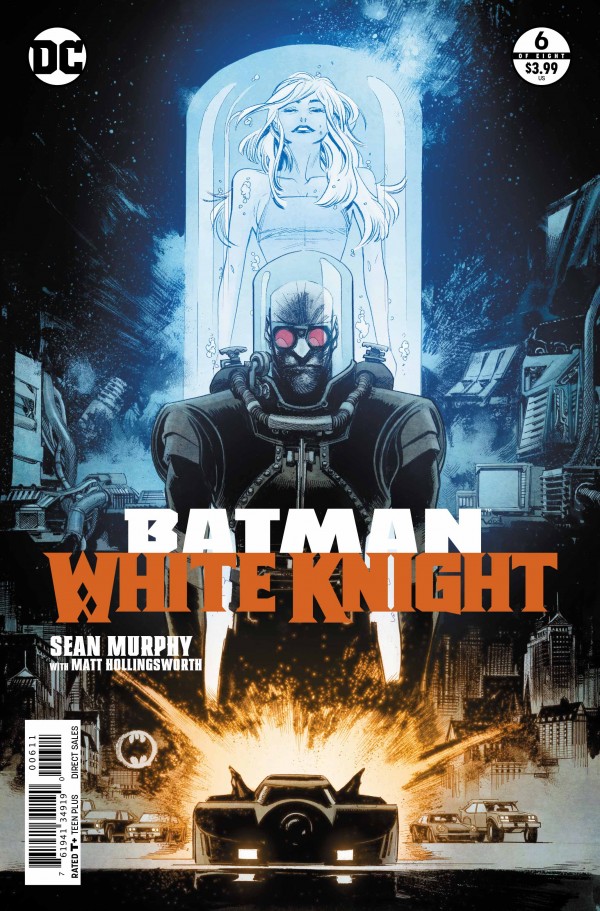 This book really seeks to usurp the traditional role of Batman by replacing his role with the Joker. Sean Murphy really plays around with the places of these respective characters. By showing us a reformed Joker and the Batman’s frustration with his seeming inability to reduce the amount of crime in Gotham messes with the traditional perspectives of these characters.

In the beginning, I enjoyed this role reversal. It was somewhat validating to see the Joker cured as it represented somewhat of a victory for the Batman. We all want our heroes to succeed. However, with the Batman’s increasing desire to see the end of crime and his ambivalence towards collateral damage in the city that he professes to love, this is when the roles begin to change.

The Joker – Jack Napier – has slowly become the new hero of Gotham and Batman’s lack of empathy and grimness have become a public relations nightmare. The police are now hunting him, his allies have become enemies and once more, the Batman is fighting the police.

The dangling sub-plot of Thomas Wayne having Nazi connections is enough to really turn the Batman mythos on its head. It’s too much. I need consistency. I need those characters to be in their places. I’m sure as we approach the ending of this story that things will return to their regular places, but I’m ready for that now. 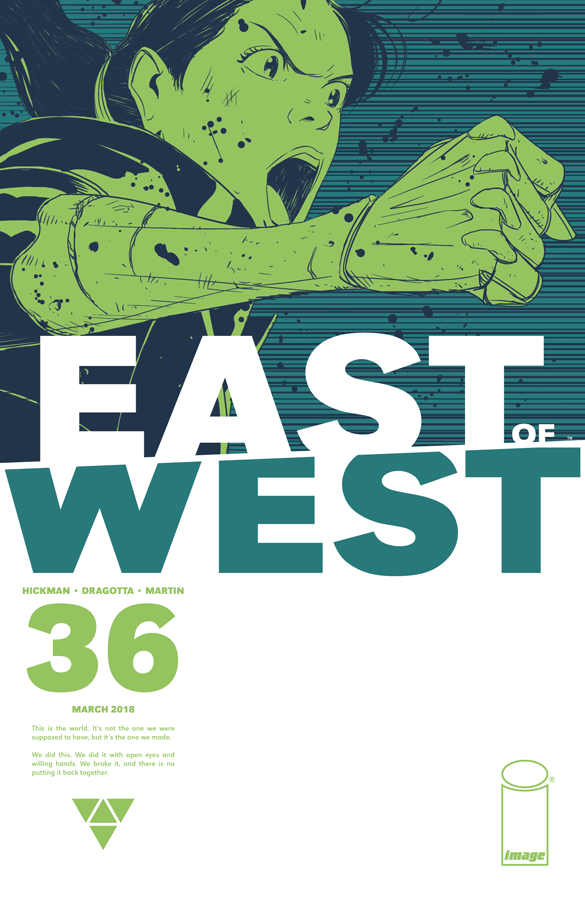 You want to talk destiny? This is the definitive story of predestination and repeating mythological cycles.

Jonathan Hickman has a gift for using the device of prophecy for literary ends. It’s a great storytelling technique but the complexity of this story makes that technique challenging with an alternative future of the United States of America.

This is a very difficult story to summarize and describe to prospective readers. It’s completely unique but utilizes world-building in this alternative future that really defies convention. However, where this works for Hickman is that every character has its own specific function necessary to the telling of the story. With the complete understanding of these roles, it must make the story easier to tell. It really is a story that needs to be experienced.

In this issue, the Endless Nation – the alternative technologically advanced First Nations of the Americas, has seen victory over its rival, the Union. War has come to this version of America and the major characters in this story all know how it will turn out. The prophetic visions that each of them has, their awareness of how they fit into the story make this one of my favourite stories to follow. Nick Dragotta’s art is graphic and concise and lends itself well to the envisioning of this mystical saga that does not fail to capture my imagination. 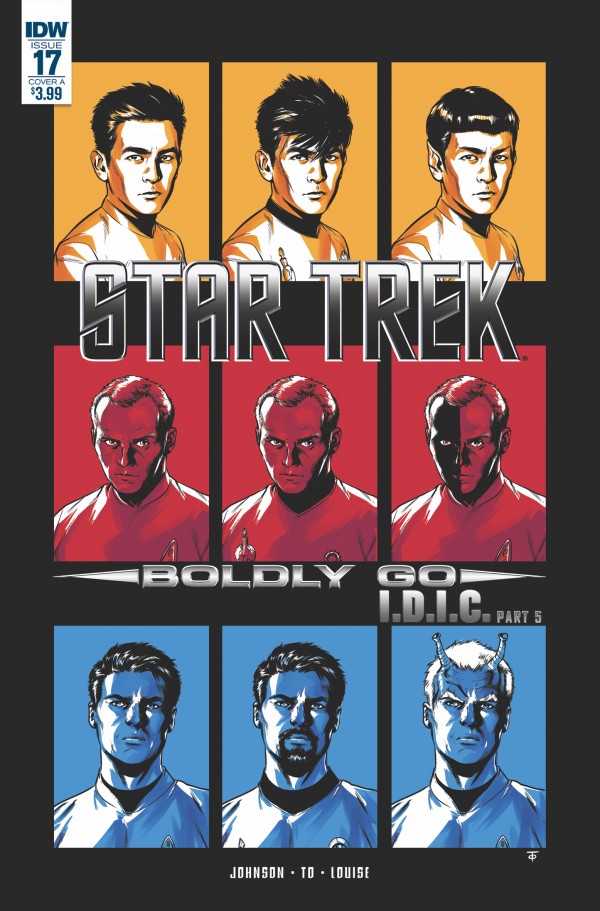 Alternate realities mean that there is a different role for everyone in the contained continuum of the otherverse. Part Five of I.D.I.C. continues to look at the story of all of these alternate versions of the characters of the Kelvin Star Trek.

I can’t say I was expecting this story twist. The revelation of Gary Mitchell as the cause of the extra-dimensional interaction surprised me, but Mike Johnson draws back upon his work in the previous incarnation of this comic, Star Trek Ongoing, and brings this Kelvin version of Kirk’s one-time friend now possessed of enough power to pierce the boundaries of the universes and seek revenge on not just one Kirk, but all of them.

This is the ultimate “no-win” scenario and it falls to the Kirk from the Kelvin Universe to face down Mitchel in a confrontation that shows us whatever version of Kirk we see, it will always be his role to be the last hope and the winner of the “no-win” scenario – and that’s what Mike Johnson delivers.

Part One of “Mutiny at Mon Cala” shows us the future role of the Star Warriors. We see sparks of hope, the hints of Han Solo and Princess Leia’s romance, and, more entertainingly, the origins of the Mon Calamari fleet.

I really enjoy how Keren Gillen has perfectly captured the essences of these characters. They behave in completely new adventures in the ways that fans have come to know and love about them. It’s the mark of a good writer who understands his material exceptionally well.

Star Wars has the role of being the definitive cinematic fantasy of the last forty-one years. Any story that comes after these culturally important films needs to measure up and the way to do that is to understand the characters well. That’s what Gillen has managed to convey in this story. 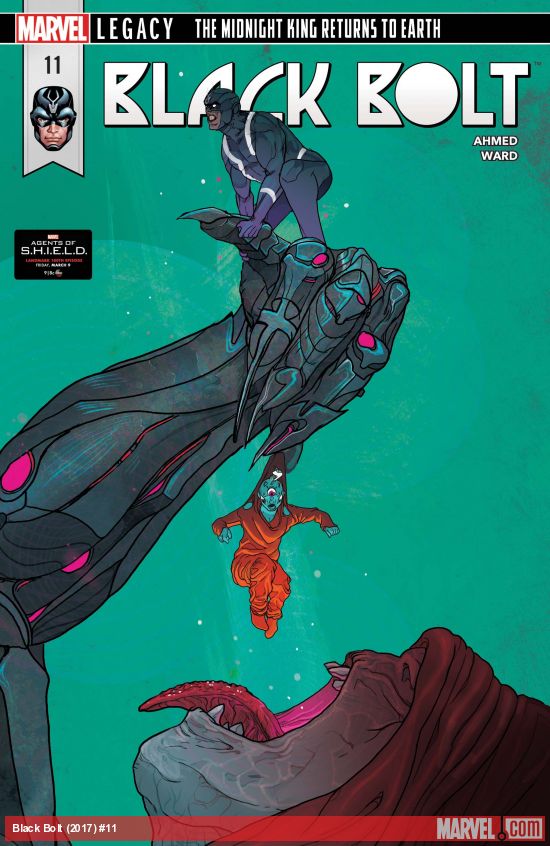 Can’t say I’m crazy about the art but there is an appeal to this story that talks about family and Black Bolt’s desire to retain his relationships and preserve what family he has left.

This book is all about loss. Black Bolt has lost his title, his status, his home and most importantly, his family. Along with all of this loss, there is also a loss of the roles he is used to playing. He no longer leads his nation or family and he is in a new role.

Black Bolt’s friend, Blinky, is in danger and the love of this diminutive friend is the motivation in this comic. He no longer defends a nation but his retinue is down to one person who loves him. It’s a very simple comic but I find it endearing. Saladin Ahmed needs to be credited for this creative re-invention of this iconic Marvel character. 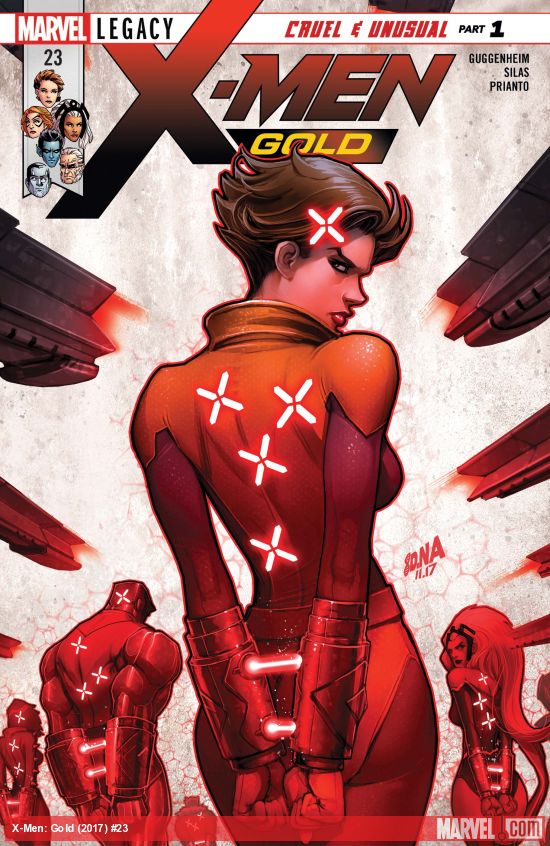 The lot of the X-Men is to always be on the bottom rung of the social ladder. Nobody likes mutants, right?

However, this book of social outcasts had the pre-eminent role of being the number one comic when I remember buying books at the store after school. The new task for this team is discover how will they re-take that role.

That’s where Marc Guggenheim comes in. Of all the writers since Claremont, I think only Josh Whedon managed to place the X-Men back in the spotlight with his run on Astonishing X-Men. However, since then, that honour now falls to Guggenheim.

It’s odd, but in my opinion, the only thing that can bring the X-Men back is a writer who’s also a real fan. Not only do I suspect that Guggenheim have that sense of fan-crazy, detailed love of these characters that can only be measured in geek proportions, but he has the chops to write ‘em. His dialogue, sense of who will have the right chemistry and the directions he is taking this book in demonstrate that he understands the X-Men’s roles truly well.

In this issue, titled “Cruel and Unusual” sees the X-men incarcerated in a federal prison. In last issue, they were duped and framed by Mesmero, forcing their arrest. Did they resist? No, which demonstrates the right choice the X-men under Kitty Pryde’s leadership would make. Score one for Guggenheim.

Later on, we see Peter Rasputin and Kurt Wagner, though de-powered, hold off a cadre of formerly super-powered villains with their fighting skills alone. Though Kurt may not be able to teleport or Peter transform into organic steel, their self-defence prowess is a testament to the training they received as X-Men – which is totally believable and within the range of expectations I would have for these characters. Again – score, Guggenheim.

Even the opening scene where we see Kitty Pryde, every 1980’s teen boy’s crush, escorted into the prison with a quip from one of the prison guards that is a direct homage to the John Byrne/Chris Claremont run of the X-Men. Though this is a bit of a gratuitous piece of dialogue, it can be forgiven in the light that Guggenheim is just showing his expertise in a way that loyal, long-term fans would appreciate.

Oh, and Callisto as a cell-mate? Perfect.

It’s the fact that Guggenheim understands the X-Men’s roles so well that make X-Men Gold #23 the pick of the week for this week’s round-up. Tradition is important, even in comics and to see the X-Men honoured in such a way just makes this not only a good read, but one that demonstrates a great respect for the past work that has gone before. Understanding where all of these characters fit, old and new, just makes this book one to be appreciated.