In this day and age, we can be so pre-occupied with image; how we appear. Our self-conscientiousness gets in the way of just simply completing things; meeting deadlines and in essence, measuring up to our responsibilities. I can understand how the folks of my parents’ generation get so upset with those younger than me; after all, it was important to simply meet up to your responsibilities and get your work finished.

That’s what we’re looking at as the dominant theme of this week’s comic review. So, let’s just get to it already! 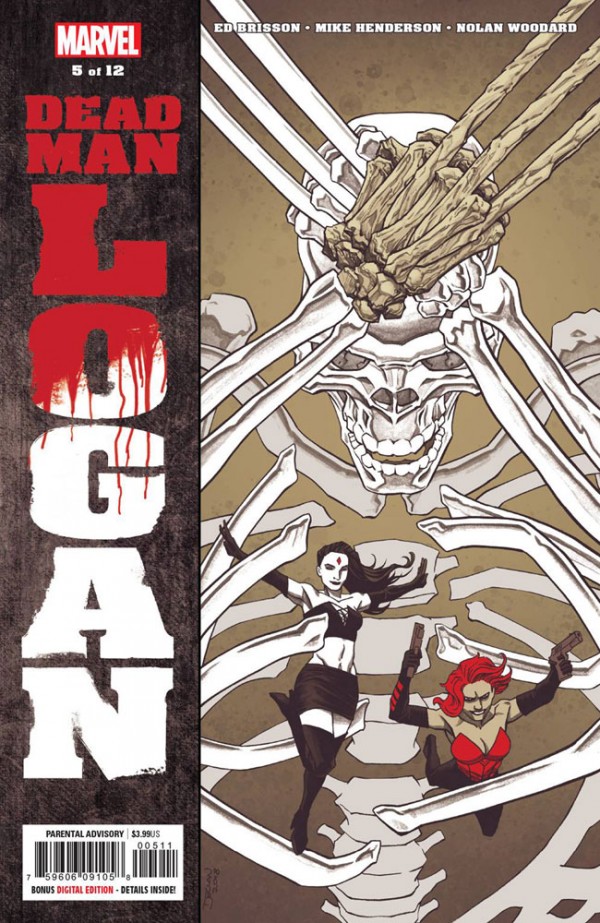 I don’t want Logan to die.

Yeah, I get that he’s an alternate Logan, transported into the prime reality from another timeline where all of his family and the heroes in his reality have died because he did nothing; I get that. I also get that the prime Wolverine has returned from the dead and is now somehow in his own book as well as existing in the new Uncanny X-Men series with Matthew Rosenberg.

However, given that these things aren’t well coordinated, and taking this particular book into account, I still see a hero who is willing to drive himself into oblivion if it means he can accomplish his goal of safeguarding the reality he is in from turning into the one he left.

When we think about the level of personal sacrifice this will involve, it reminds me of the adage that people say about character. It doesn’t’ matter what you do when people can see you, it matters what you do when no-one is watching. I think that defines a true hero for me, and I think that’s why I don’t want to see Logan dead.

Sad to say, he gets fooled in this issue. See what you think when you read it, but I have to tell you, it only serves to reinforce the original heroic, “scrapper” mentality of Wolverine when I first read his adventures when I was a kid. Ed Brisson and Mike Henderson know what they’re doing. 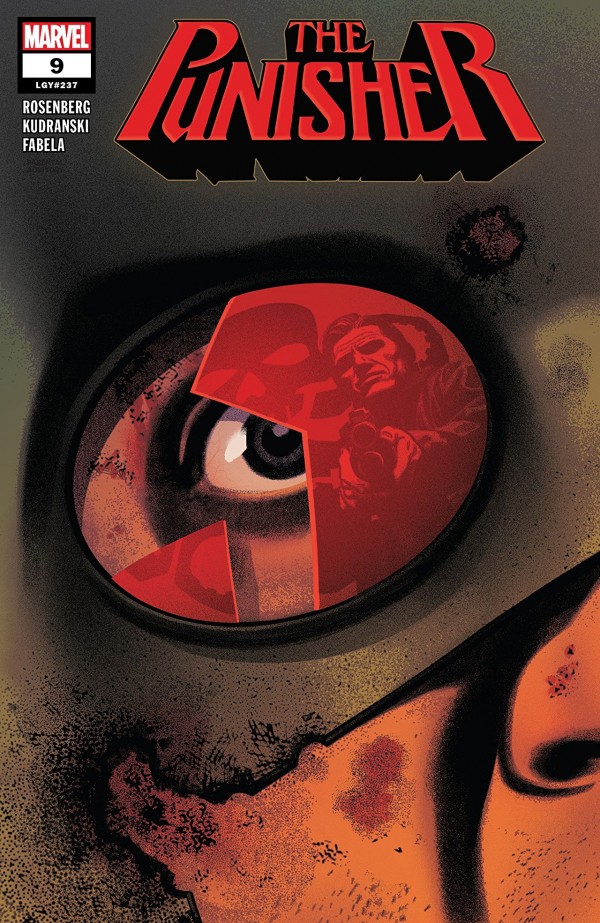 If there was ever a character who could epitomize the virtue of “whatever it takes” – it would be Frank Castle.

In Part Four of “War in Bagalia” from Matthew Rosenberg and Szymon Kudranski, the Punisher has taken the prison; now all that remains is how to get out. But there are still a few obstacles in the way and one of them is an epic conflict between Castle and one of my favourite villains of all time.

I’d hate to spoil the surprise for you – and I won’t; but I think this villain represents the ultimate confrontation with the Punisher. Despite being beaten for days, under-armed and ill-equipped, the punisher manages to persevere fight through pain, discomfort and disadvantage.

And I love it.

There’s a point in every person’s life when they have been beaten into submission. But the measure of that person is their ability to fight through the pain, accept the defeat but then stand back up again. I admire that sort of tenacity and even at my lowest, I’m still here.

That’s what I take from this story. Frank Castle is a machine bent on fulfilling a task. Baron Zemo has thrown everything at this guy, but he’s still coming. It’s a story that talks about resilience and in this day and age, that’s something we need to adopt more.

Just, without all the blood.

Discovery got a bad rap in first season because it was a show where the creative teams tried to put more of their stamp on what they thought Star Trek should look like for the 21st century. The problem this had was that it alienated about half the fan base. With lens flare shots that emulated the controversial JJ-Trek films and technology and Klingons who didn’t look like the traditional Trek trappings, Discovery got a lot of flack.

But Star Trek is bigger than just one franchise. It has an entire history to draw upon and it’s a franchise you can’t stop.

However, with the arrival of the Enterprise towards the end of Season One and the reach-backs to more canonical influences, Discovery is beginning to re-convert a lot of these forlorn fans back to the fold. A side-effect of this trend is the widening of the franchise by writing more background about the characters who stand out. In this case, Saru.

Set in between the last episodes of Season One (prior to the arrival of the Enterprise), this is a story that sees Saru’s unique sense of fear transform itself into a way of protecting his ship and crew. Despite a diminished capacity, the Discovery goes off to rescue a stranded science vessel with Ensign Tilly on board. Captured by Orion pirates, the science vessel and Discovery find themselves in a situation where Saru is able to use his ability hide, to evade predators and his extensive science knowledge to an unforeseen degree of success.

This is a very clever story written by the veteran Mike Johnson and the venerated Kirsten Beyer. An excellent team-up as Johnson has the history and Beyer understands the direction of where Discovery will go.

Of course, the art can’t go unnoticed here as well. Angel Hernandez is the penciller who has an enormous amount of Trek experience which really brings these characters from the screen to life on the pages. The regular cover (seen here) by Paul Shipper is absolutely breath-taking.

This is a comic that really allows us to appreciate the intricacies of this character while also seeing the richness of his background. It’s a story that shows us that Star Trek is going to continue for years to come.

I’m not going to give anything away, but I like what Venditti and Hitch have done in this issue, in which for the last ten issues, they have retconned the origin of Hawkman to incorporate the fact that he’s been reincarnated through the millennia, through thousands of lifetimes, and this is the issue when we see it coming to fruition! It really drives home the idea that if you want to get something done right, you do it yourself!

I have been fascinated with this revision of the Hawkman legend and Hitch and Venditti have done it right. We are ten issues in and that’s a decent amount of time for this story to develop and after reading this issue, I have to say, I like the arc. 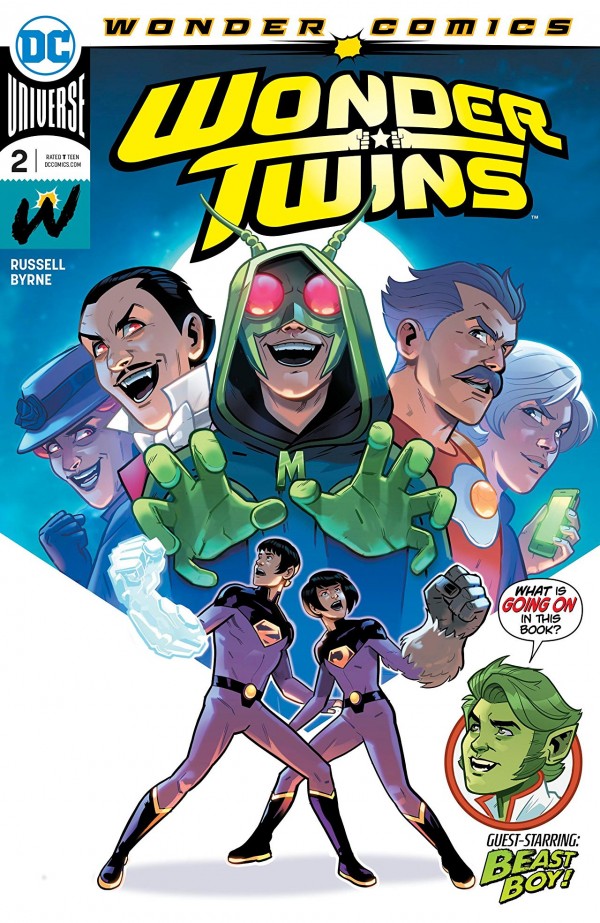 I’m laughing. If there’s anything that needs to be consistent in life, it’s a good laugh.

Mark Russell and Stephen Byrne have made this possible and, I have to be honest, to make me laugh out loud, when I’m by myself and can’t share the joke with anyone, is a feat and evidence of excellent craftsmanship. I like to share jokes, but if there’s someone who doesn’t share my sense of humour, then it’s hard to laugh out loud by myself.

But – this was a funny issue. There’s enough humour for adult readers (and I’m not talking sex or anything guttural – just people who have a decent amount of life experience) to get the humour in this book. When you have young people, who have more common sense than their elders (like Jayna), then it sucks for them to be on the receiving end of the dismissive hand. Zan, on the other hand, is a character used to being dismissed, so it doesn’t matter what he says – but it’s still funny!

This is a book that doesn’t take itself seriously and while I love the nods to the past, I can’t help but think that this is a book that needs to find itself in the present. Zan and Jayna had little character development in their previous incarnations, but this is a chance for them to find themselves in the 21st century and by God, Mark Russell and Stephen Byrne need to have some fun with them.

Giving them a set of adversaries at their own power level and … dare I say it, idiocy makes for a true comedy of errors. This needs to be the book that throws caution to the wall and engages in its own comedy. If Russell does this, he will be my new god of laughter.

I have to shine the spotlight on this book for being the pick of the week! Reboots and resurrected properties and characters can often be seen as desperation moves, but if the writer has a great idea on how to do it, then it not only gives readers a great story, showcases the writing talent but it also illuminates the resilience of the character.

Zan and Jayna were originally comic relief and a gateway for young Super-Friends fans to acquire a sense of the more serious nature of the DC’s Justice League characters. But they figured prominently in the minds and memories of those younger readers who still continue to read. At this stage of their lives, these readers, more than ever, need a good laugh. If that can stand the test of time, then these are characters who need to be read again.

That’s it for this week. Don’t stop reading what you love.

Pick of the Week: Wonder Twins #2