Ultra short review this week. Why? Because when you have things in abundance, you grow to lose appreciation for them. When they are in short supply – you love them more. 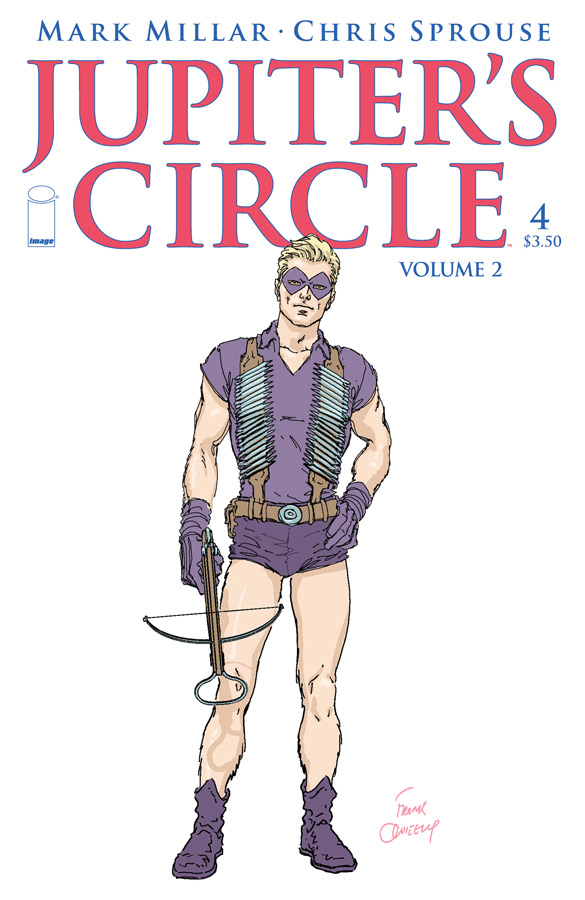 A good read. I’ve grown accustomed to the clash of 1950’s ideals and lifestyles with the modern apprehension of super heroes so to see some actual good old-fashioned hero versus villain combat was refreshing. Of course, this issue ties into a previous relationship of some import and clearly sets up a new storyline for the next issue.

Another difference in this issue was the fact that unlike focusing on individual stories, this was a rare time when we see the team come together. Enjoyable, but this was made even better with the presence of Chris Sprouse’s work. Sprouse is an amazing artist who I’ve been privileged to meet. I’m also very lucky to own one of his drawings and I can attest to the fine and focused attention to detail he applies to the completion of his work. It was a real pleasure to see his artistry in this comic. 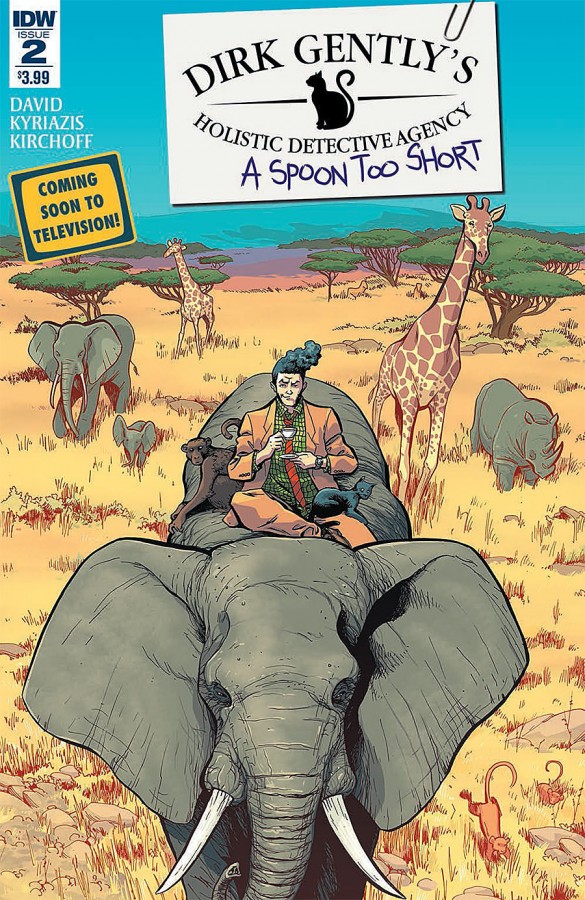 I actually found this new revisit of Douglas Adams’ Dirk Gently even more delightful than the last one from IDW. Written by Arvind Ethan David and drawn by Ilias Kyriazis, this time we see Dirk Gently in Africa searching for the interconnectedness of African poachers and a tribe of people who have lost their voices.

… And that’s the trick, isn’t it? How is a writer going to improve on the last tale? In this case, David taps into the stream of Adams’ consciousness and pulls out another Dirk Gently twist on a new series of weird relationships – and it works. 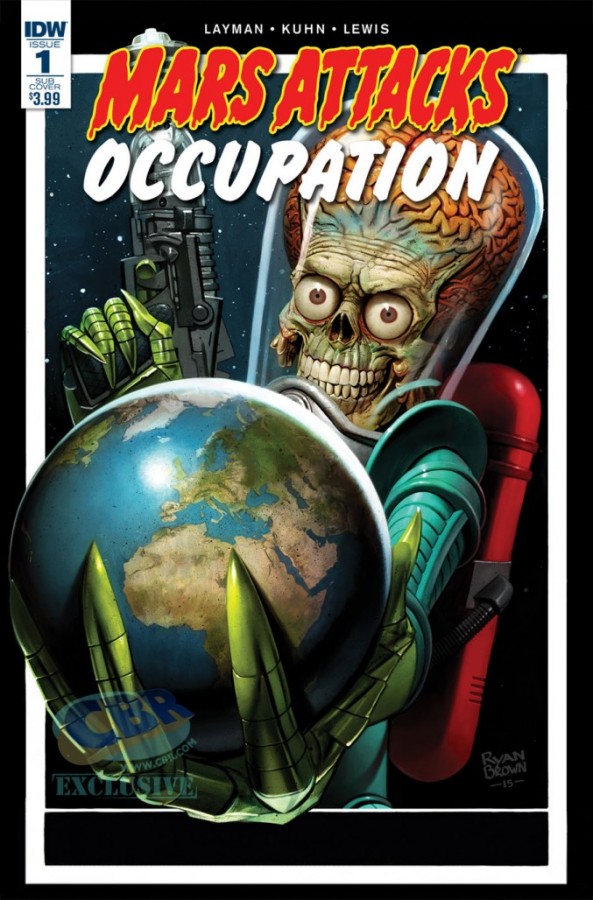 Heh … another return of this cult favourite. I’ve never really been a big fan, but there’s no denying its appeal. For some reason, incarnations of this film always seem to reappear.

John Layman and Andy Kuhn are the writer/artist duo on this book. They tell us the story of the occupation of planet Earth by the conquering Martians through the eyes of Ruby, a martial artist and daughter of a prize fighter brimming with anger to reclaim the planet form the Martian overlords.

Though the film was a dark comedy, there is a more serious tone in this book, to my surprise. Instead of the Martian “click-clacking” voices, they actually speak English and have a hatred for humanity that is palpable and purposeful. Though the art wasn’t to my liking, I have to confess that I enjoyed the story and liked it more than I thought I would – to my surprise.

Well, the editor was right on this one. It has to go to Mark Millar’s Jupiter’s Circle V2 #4.

Millar, Quitely and Sprouse – that’s a heck of combination of talent. It can’t be ignored and to be honest, why would you? Mark Millar has an undoubtable winner with this series and every time it comes out I get excited to see what’s next in this saga of classic super-hero culture meeting mid-twentieth century morales.

Maybe I should just go with the editor’s choice in the future? Probably save me some time!