It’s March Break for all of the students in this city, but even though I’m not in school, it’s a busy week for me. I’m prepping to run two panels at Fan Expo Canada’s Comicon in Toronto this weekend. Yup – I’ll be running a panel for Suicide Squad creator, John Ostrander on Friday evening at 8pm. On Saturday, I’ll be running the Secret Wars Reunion panel with legendary creators, Jim Shooter, Mike Zeck and John Beatty. They were the subjects of my article in BACK ISSUE magazine last August, so this will be a lot of fun for me!

Then there are all the TV celebrity interviews I’ll be squeezing time in for – but they’re not relevant right now! Hey – this is a comic review, right?

I will say this about Fan Expo though – it’s an organization that strives to bring an incredible array of talent to this city. We are a world-class city and it’s only right that we also attract world-class talent in the nerd world as well. Well done, Fan Expo Canada; looking forward to the weekend and the even bigger show put on in September.

This is all happening down at the Metro Toronto Convention Centre, Friday to Sunday, March 19th to the 21st. Stop by – say hi and maybe share your opinion with me. Who knows? It might make it into my column!

Well, let’s get to the comics for this week. 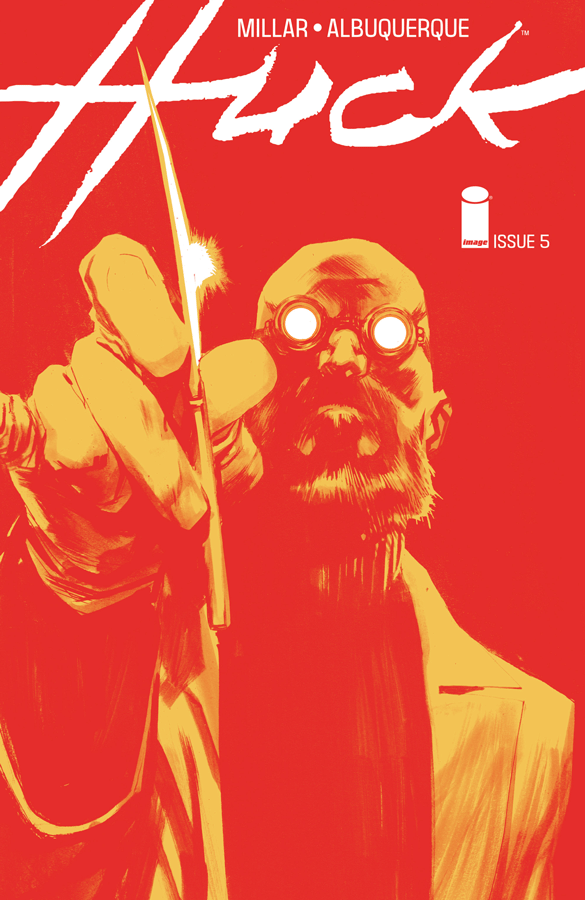 The joy in reading this comic is the stark contrasts. We see absolute evil pitted against all the things that people aspire to be yet so often fail.

Despite the deceptively simple polarized characters, they make us think about what we prefer to be: a ruthless Orlov, plotting and scheming for power or Huck – who can find the good and lives for it. After all, that’s his talent: finding things. Albuquerque’s art is wistful and ephemeral – much like the state that we would all like to find ourselves in. Mark Millar has a firm grasp on the essence of humanity and what we would like to be comes out in this story of a unique character.

It’s a beautiful adventure in which the hero isn’t out to save humanity – he’s out to redefine it. 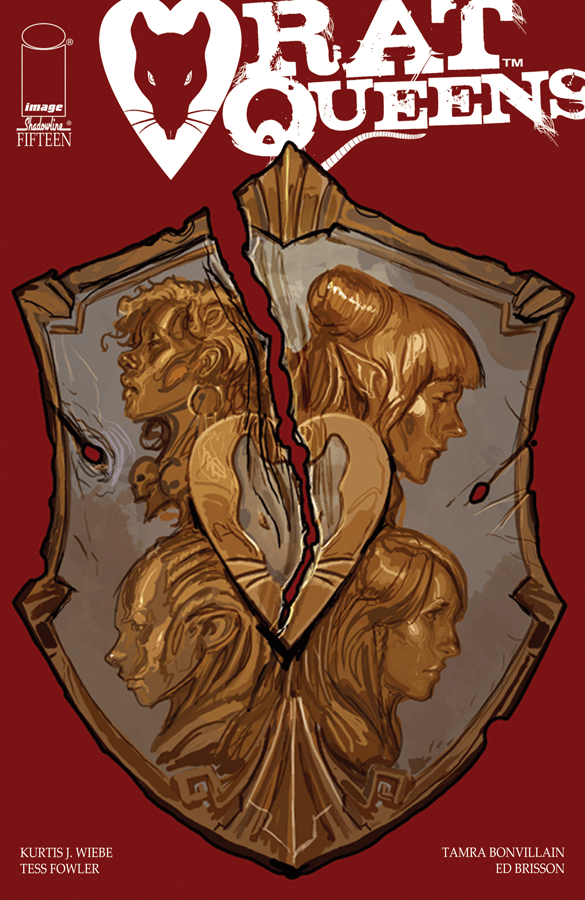 I wish Stjepan Sejic was doing the interior art on this book instead of just the covers. I feel like we didn’t get enough of him after Roc Upchurch left and his work was definitely worthy of admiration.

Still – I’m not too sure on this arc. Wiebe seems to be guiding the Rat Queens to a higher plane of evolution; the drama is more intense and that’s a vastly different paradigm from the original context of this book. I love seeing irreverent women characters bucking the system but the original storyline of this book was more comedic in nature. I want more laughs, simply put, and there really weren’t any in this issue.

Did I dislike this issue? No, but it is vastly different comic from the first ones I picked a year or so ago. 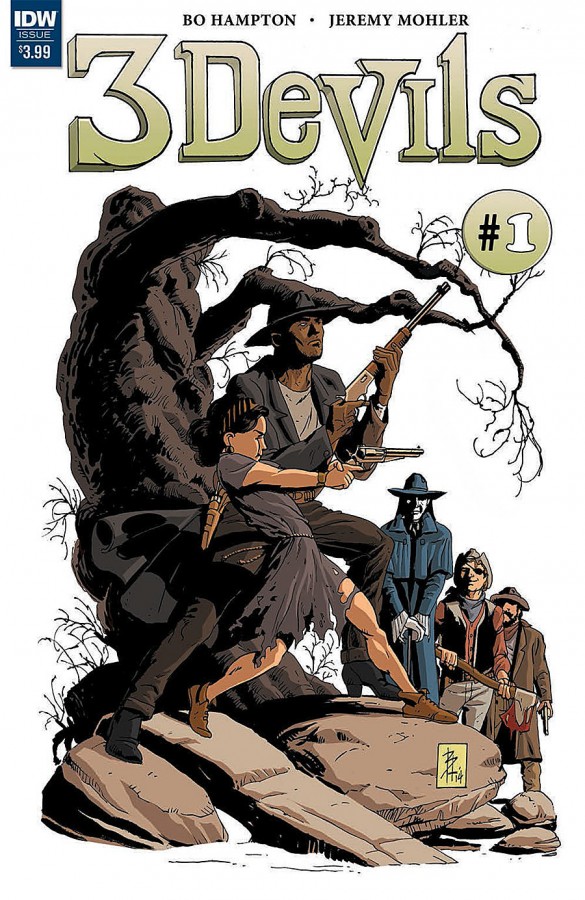 A first issue of any series is always worth picking up. This one, written by Bo Hampton and drawn by Jeremy Mohler, is worth more than just a number one. It begins conventionally, and later on it evolves into a classical western motif. But then it completely takes you by surprise and throws in an element that conceivably could fit into the genre but you weren’t expecting. The pathos is there, the pacing – it’s definitely a winner in my book and Hampton has a great story to tell.  This is a book you don’t just enjoy – you try to imagine the TV show it will become. 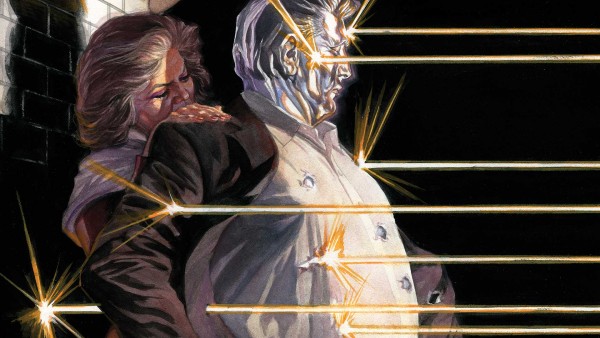 I’ve been waiting on the continuation to this arc all month. I like Busiek’s alternating one or two-issue story arc writing, but the two-issuers are definitely richer and give a reader a more in-depth understanding of the background of Astro City.

But this is a three parter.

There are two forces at play in this story: regret and redemption. Wrapped up in the packaging of film noire detective story, the secret behind Busiek’s storytelling is that he is able to insert a superhero into any genre and let the story run conventionally as you expect it to … but with super powers.

It’s the simple things you don’t expect and he’s definitely got a gift for portraying a story in a way that makes you let out a deep exhalation of satisfaction at the end of it. You feel for the characters in Busiek’s comic because you know them.

I don’t know this is right but to me, Steeljack looks just like Robert Mitchum – and that’s just vintage enough to give this book an awarding amount of authenticity for me. Why? Because now I know what Robert Mitchum’s like with super-powers. 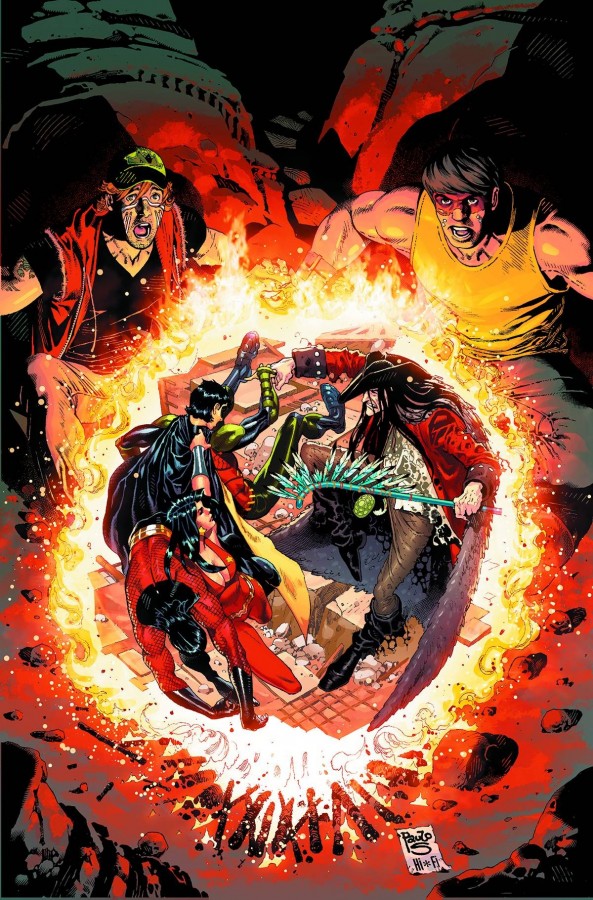 I’m liking this story very much. Not only because it’s the Teen Titans (the originals) back together again, but it’s that Dan Abnett is trying very hard to work them into the new cosmic mess that DC has found itself in with the launch of yet another attempt to define the DC Universe.

This is a fantastic book that is not afraid to ask the question of how these canonical and classical characters fit back into the new comic continuum that DC has announced. Let’s face it: the readers want to know these answers so Abnett is asking on their behalf and by God, it’s working.

This is a great book and definitely worth seeing. While there may have been a bit of drag in Issue #3, it’s picked up and looks like a great ending is in store by Issue #8.

The Pick of the Week:

Brent Anderson’s work has never looked better and this story has so much depth and richness that it’s become a favourite of mine already. I dig old movies and I love seeing genre fiction be re-interpreted and re-imagineered (yeah – just made that up) for a new generation. A lot of times, old stuff is invalidated because of its age but there are stories and styles of story-telling that people have forgotten. There was a reason why it was good then and it’s just as good now.

But it’s Steeljack’s character that really draws me in. Here’s a guy who knows his limitations and his past. He regrets his past actions and is on the road to redemption by serving the city and in his capacity as a private detective. Steeljack knows who he is and there’s a security in that evinces his age and wisdom. However, unlike older people who don’t have the strength they did in their youth, Steeljack does and can use it to assert himself, his identity and enforce his will in doing the right thing. He’s learned what’s right and what’s wrong and has the experience and sense to choose the right thing – and make others as well.

I like this story. I love Astro City but this particular story has really caught my eye. Pick it up and see what I mean.

… And that’s it for this week. Hey – if you’re in Toronto this weekend, stop by Fan Expo Canada and check out the festivities. See what this city has to offer but also see how we run cons here! Of course, stop by the panels and share your opinions and your popmythology appreciation with me!