The greatest adventure is life. We are the heroes of our own adventures and super-heroes, by contrast, are just people with extraordinary gifts and in unusual circumstances. How they make sense of the decisions in their lives is very much like the same way we do, just magnified larger for all to see.

But they’re just people who are trying to make their ways, like us. That’s what we’re looking at for this week. Let’s get to the list.

I know. Wasn’t the wedding called off?

Tom King is clearly having some fun with us by seemingly mixing up the order of events that led up to the cancellation of the nuptials and the way in which the subsequently weird events that have transpired since then.

Catwoman and Lois Lane decide to drunkenly explore Superman’s Fortress of Solitude and the wonders that lie within. Meanwhile, by contrast, Clark Kent and Bruce Wayne have a far more “sedate” celebration at Wayne Manor where, apparently, the soup is delicious.

Expertly drawn by Amanda Conner, there is a tone of comedy throughout the entire story that is interrupted by King’s mixing of the order of this arc. Tom doesn’t like to be predictable. After all, that would make life dull and routine, but he does like to insert real emotion perceptions into his characters. It’s clear that in this story the Batman is in anguish over the separation between him and Catwoman, but as for the division between what’s real and what’s fantasy, that’s yet to be discovered.

However, this part of the story is a red herring, in my opinion. The Batman is trapped, both meta-physically and physically. We will have to wait for King to drop the magician’s cloak and get the whole picture but for now, he is having some fun with his readers by keeping them unbalanced as they continue to explore this arc. 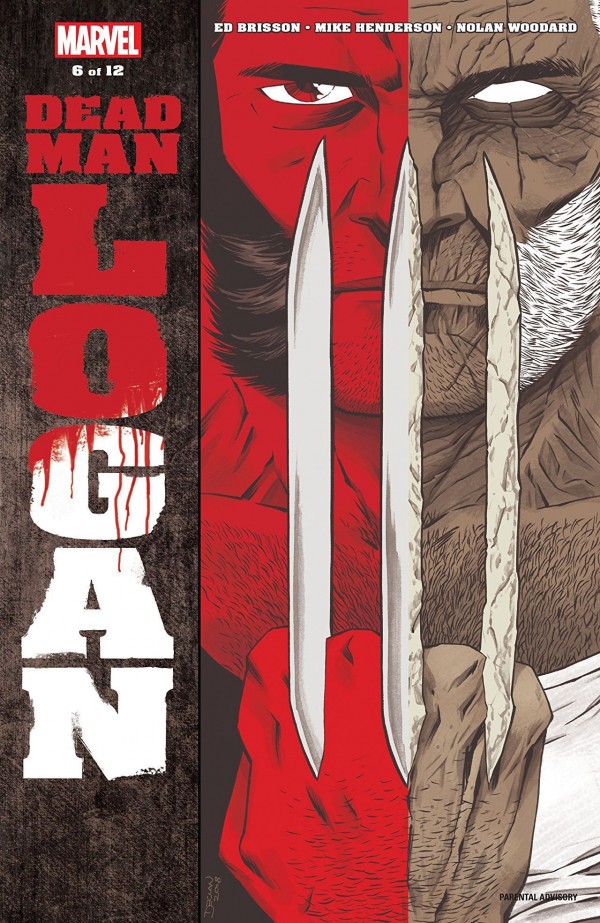 Wow … try to imagine seeing your friends and family killed in front of your eyes.

Then imagine going back in time with that knowledge.

Life isn’t a series of reruns or “choose-your-own-adventure” stories. Once an event happens, you deal with its consequences, which makes decisions either something of a self-congratulatory nature or a real bitch to deal with. Of course, that’s what makes life an adventure, right?

Not in Logan’s case. Hurled back in time, he’s at the point where he has to return to his original time. He has done everything he can to help put the future – his present to rights. He’s dying of adamantium poisoning and let’s face it: his options are pretty limited.

He has an interesting conversation with someone in a bar though that not only reminds us of the way that he handles life but it’s a chance to give someone the benefit of his wisdom.

You know, wouldn’t it be great if we had someone in life to give us the answers we need?

I like how Ed Brisson and Mike Henderson handle this character. They’ve made the finality of life’s choices such an apparently stark and barren perspective for Logan that it makes the reader contemplate not only his mortality but the effect he’s had on the other heroes around him. It’s a brilliantly finite dynamic that makes the ending of the story more than just a conclusion, but its richest part. 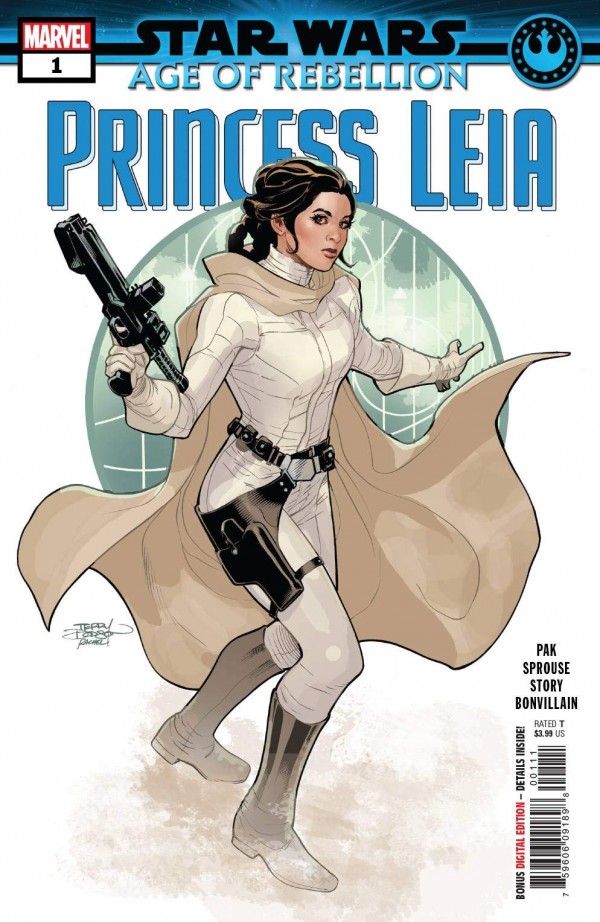 … And then there’s the princess with a mind like an admiral … and an affinity for scoundrels!

It’s okay to walk a new path in life, as long as it was your choice of paths to make and that’s just what Leia does in this one-shot aptly titled “Princess Scoundrel” from writer, Greg Pak and Chris Sprouse, Karl Story, Will Sliney and Marc Deering tag-teaming on the art duties.

Set right before Leia begins her rescue of Han Solo in “Return of the Jedi”, we see this princess getting her hands dirty as she mixes it up with bounty hunters, the background to her disguise of Boushh the Bounty Hunter and just how much Han Solo means to her.

Leia rescues Lando Calrissian, which also explains how he appears on Tatooine for Han’s rescue and I like that support of the Star Wars canon. It’s better to support the existing storyline rather than create something new that supplants it, in my humble opinion and I have to give Grek Pak credit for that.

There’s plenty of action but the thing that strikes me is how well Pak brought in minor yet exiting and recognizable characters into this story. It validates the canon, as I’ve already indicates, but it also adds more depth to Leia’s character by giving her significant opposition to overcome. She does it wonderfully and it’s a real testament to the love of the character and the authenticity of the story.

The big life choice in this story is Leia’s drive. Calrissian says it best: “Watch out for this one”, and we see just how powerful a warrior she is. She’s willing to risk everything for the man she loves and that’s the best reason for making a decision in the first place, if you’ll forgive my schmaltz!

Oh, and there’s a wonderful testament to Carrie Fisher AND Princess Leia by Bria LaVorgna at the end of this book. If there were a person or a character who best epitomized the concept of no f*cks given, it would be these two warrior women; the one in the story and the one who brought her to life.

With an amazing cover by Terry Dodosn (in my mind, the quintessential artist for Princess Leia), the reverence, the homage and the accuracy really stands out  especially in the way these two women, fictional and otherwise, are treated. Their life decisions are expertly portrayed and for me, that just makes this book the pick of the week.

Pick it up for yourselves and see if you agree with my decision! In any event, I’m pretty sure you won’t be disappointed!