Back from a two-week stint on a whirlwind trip that saw a lot of adventure and excitement. Comics are great for vicariously living adventures, but there’s nothing that can replace the real thing. But life inspires art and sure enough, experiencing real adventure allows one to fully appreciate the adventure that comic creators craft for us.

Trust me – after the week I’ve had, I’m looking for a little more vicarious adventure! To the list, we go! 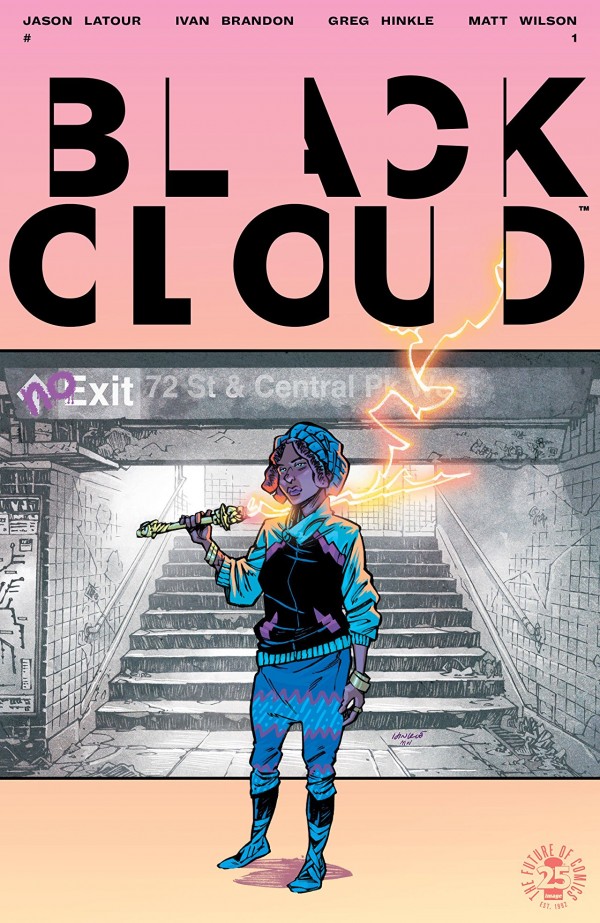 I was actually surprised by how much I was intrigued by this book. It had a bit of a vague start as I tried to place where this story belonged. It exhibited atypical features and characteristics of a comic story and I was at a bit of a loss in trying to identify what genre it fit. As the story progressed, I was more interested in the lead character and in her storytelling abilities, her background and if she was even native to the regular plane of existence. Where does she take her “clients” and does she manage to bring them into the other plane by pharmaceutical means or some special ability? While I can’t say I was immediately wowed, I was intrigued enough to keep an eye on this book and see where it develops.

Of course, I guess that depends on how much longer the planet can survive the storytelling evil gods.

The idea is that this one street-level zero manages to hide her impoverished status while she convinces members of the wealthy elite to undertake a shared jaunt to another realm where she apparently has the ability to make changes to that reality. My issue with this book is that it seems to be a bit of a slow burn where we learn very little about the character and have to rely upon future issues to discover more information. The problem with this method is that it runs the risk of losing readers before the story can fully develop.

Like I said, I’m intrigued but I hope more of the story gets revealed before I lose interest. 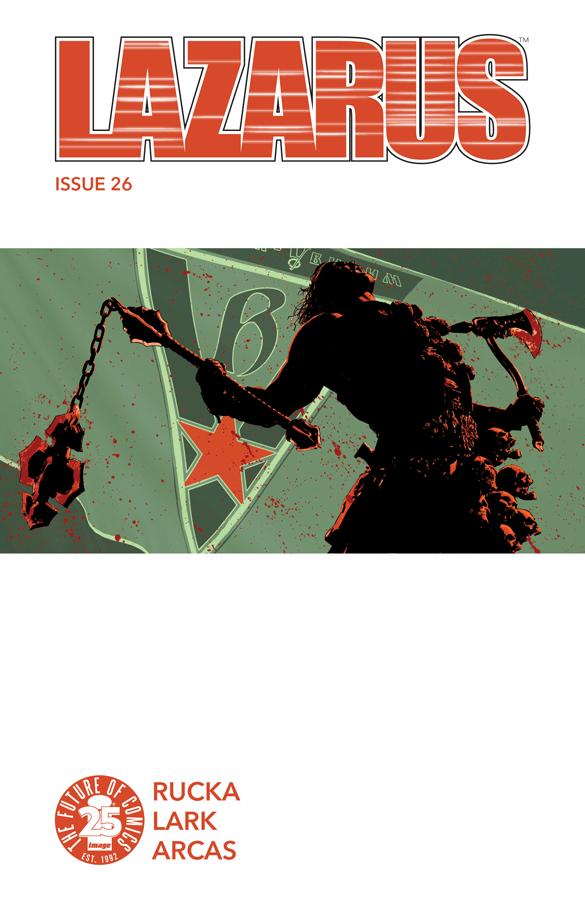 Finally – the monsters arise! I’ve missed this book. It seems like an eternity since I’ve read it.

The one dimension that seemed to always escape this story was the fear that the Lazari will surpass their families and rise to the top of the food chain. After all, these are not just weapons – these are people with their own agendas and motivations. How long until the sword turns in the hand of the wielder?

Just wait until you meet the Vassalovka Lazarus and you’ll really begin to get a sense of how fearful a prospect that could be in this book.

There are hints of this possible storyline in this issue but what I really enjoyed was seeing Forever begin to plan her own subterfuge and backdoor machinations. This book ranks in my top five favourite comics and when you read it, you’ll see why. The second hardcover was just released recently, so if you’re looking to catch up, those two volumes are a great place to start. 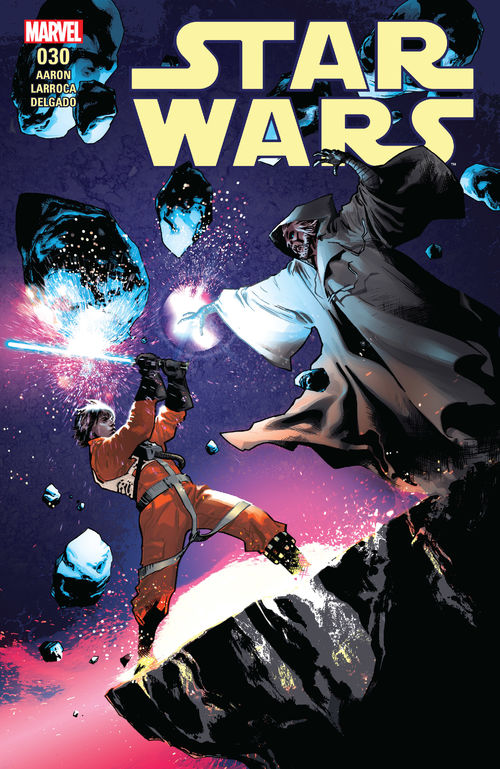 This is the final act of “Yoda’s Secret War”. While I found this to be fairly unexciting, I did enjoy how Luke and Yoda were wrapped up in a tale in different time periods. It was cleverly crafted and while I don’t think this was Aaron’s most entertaining story, I have to admire how well it was crafted. Salvador Larroca’s art is purely stunning and Delgado’s colours really bring the alien landscape and geology of the planet to vivid life. 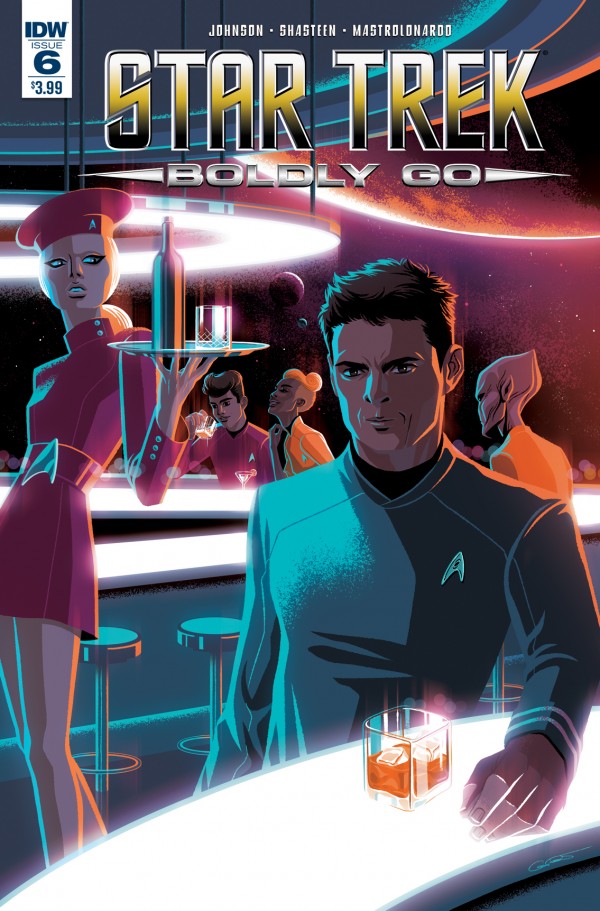 Mike Johnson and Ryan Parrott team up to co-write this continuing story about the new crew of the USS Endeavour commanded by Captain James T. Kirk and only a handful of familiar faces. Despite being set in the universe of the Kelvin Timeline, this is a story that I eagerly follow. It’s a chance for Johnson and Parrott to stretch their imaginative muscles and write a story that even though isn’t the conventional Trek that fans are used to seeing, it’s one that has the same values that fans are used to experiencing.

There is so much diversity in this book; Spock and Uhura are off to New Vulcan to help the remnants of the Vulcan population settle on their new world. Sulu is the newly-assigned First Officer on board the ship that Kirk now commands, until the Enterprise can be rebuilt. But there are also new characters as well: a Romulan first officer (captured by her people and taken to Romulus), a new navigator who has replaced Chekov; a Science Officer and even a communications officer who has more to him than meets the eye, as this issue reveals.

In fact, there’s even more diversity in the amount of action that happens in this book. There is a multitude of sub-plots that stuff the comic to bursting at the seams. It’s a little too much but clearly Johnson and Parrott have a lot in store for their readers and this issue has the function of setting the readers up for all of these story arcs that will eventually transpire.

The art didn’t really impress me in this book. Chris Mooneyham’s work is solid and serviceable but it lacks the clean lines and definition of other Trek artists that IDW has used in the past. Guys like Tony Shasteen and J.K. Woodward have made it hard for me to accept anybody else’s work on this iconic franchise and that’s the level of quality I’ve grown accustomed to. 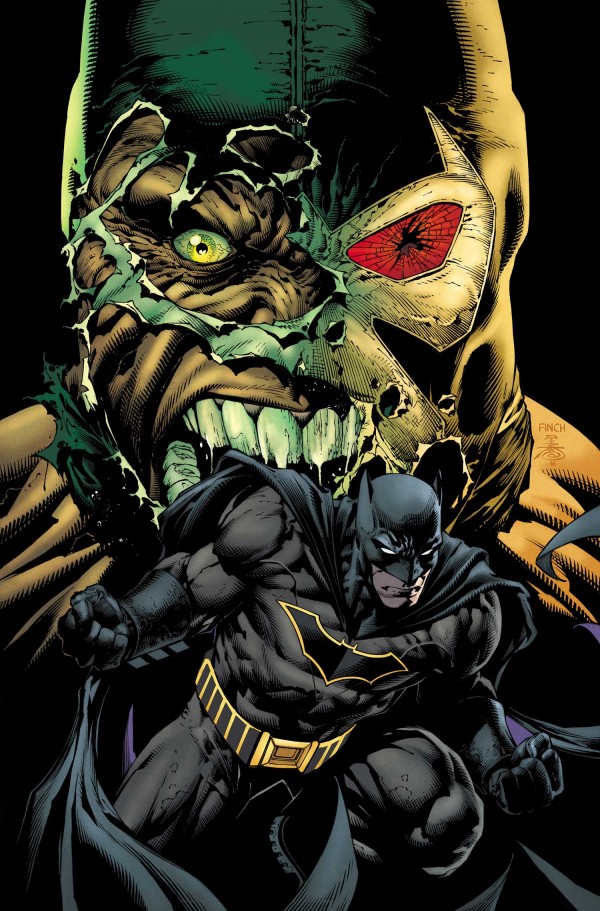 The raw in this story overwhelms the reader. Tom King taps into that primeval nature of two alpha-males contesting for supremacy; each with their own central drives until eventually it comes down to which one wants victory more.

David Finch manages to capture the brutal essence of these two gladiators with every blood-spatter or flesh fissure. The primitive emotions that rage across the faces of Batman and Bane is a frenzy that the reader can’t help but get caught up in.

This book, this is what comics are about. 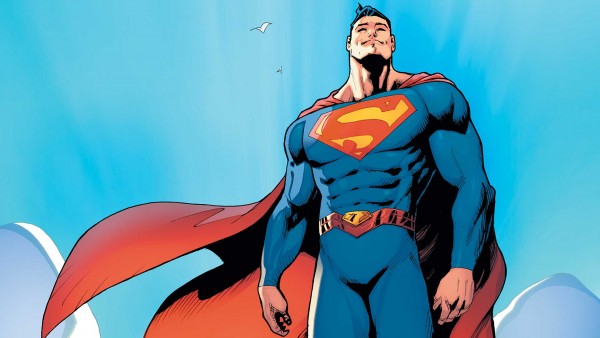 Superman’s “Smallville” life just took a dark turn for the worst in this book from Patrick Gleason and Peter J. Tomasi. Gleason’s art stylings manage to fully capture Jon Kent’s innocence and the idyllic surroundings of the farm life that the Kents have settled into. Moreoever, when a shadowy influence like the Dark Knight appears, the contrast between the two is marked and makes for a wonderful juxtaposition as we soon discover that things aren’t all as they seem in the farming community of Hamilton.

Tomasi and Gleason have also co-written a story in which the reader is surprised that a seemingly innocent background character could prove to be so suspicious and sinister. There is also a very entertaining angle in the developing relationship between Damian Wayne and Jon kent, as the next generation of the World’s Finest super-powered partnership begins to form. But for me, the real joy of this book is the cliffhanger at the end of the issue which makes this an enjoyable read and one not to miss next month. 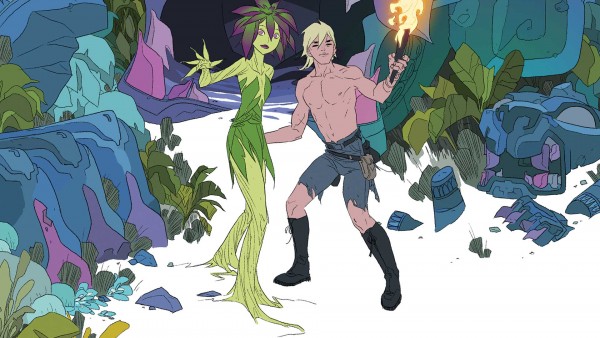 What a thrill ride. Kamandi moves from one pitfall to the next as he explores Jack Kirby’s vision of a post-apocalyptic future. Jimmy Palmiotti and Amanda Conner partner to bring us this “Frying-pan-to-fire” type of adventure.

It’s a quick-paced story but the two aspects about this book I love are the challenge and the reverence. It’s a challenge because the different creators who are tasked with each issue have to pay very close attention to where their predecessors left off and try to craft a tale that will get Kamandi out of the dilemma that has been left for them. It’s not easy to follow another creator’s direction, particularly when that creator is deliberately trying to make it difficult for the next one! It’s that degree of competition that illuminates the challenge aspect of this story and makes it a delight to read.

Running parallel to this sense of challenge is the respect and reverence for Kamandi’s creator, Jack “King” Kirby. Kamandi happened to be my most favourite of his creations and for me, it’s a real joy to contemporary creators who understand his historic place in the legacy of comics pay homage to his groundbreaking work and offer a new generation of readers the chance to experience this iconic character. This is probably my particular favourite of DC’s books right now and it’s a distinction duly earned.

Conner’s art has a fresh-faced quality to it that seems to run opposite to some of the dark themes present in this issue. The ideas of messianism and cannibalism should be completely at home in a post-apocalyptic environment, but owing to the time when Kamandi first appeared, these would have been glossed over with a coat of political correctness. While Conner’s art captures that flavour of the era, it’s Palmiotti’s who manages to incorporate these darker elements and makes them fit intricately well.

That’s what makes this book the Pick of the Week. There’s just something historical about this character that needs to be appreciated and the entire concept of this comic is just so unique and novel that I can’t think of a better way to respect it and the artist who created Kamandi.

Coming off a whirlwind adventure of my own for the past two weeks makes this an ideal comic for me to put my tired feet up and enjoy. Hope the rest of your week manages to see you on your own adventures until it’s comic-reading Wednesday once more!

Pick of the Week: The Kamandi Challenge #3