If there’s anything I’ve grown to appreciate in my short term of existence on this planet, is the rejuvenating and sudden joy in discovering a pleasant surprise.

In all honesty, I tend to look at life like playing Monopoly. Remember the Chance and Community Chest cards? Sure, there were disappointments every now and then, but I always looked at them as the opportunity for a good surprise and it wasn’t very often that I was disappointed. Hey, at the very least, I never had to pay rent when I landed on those squares! 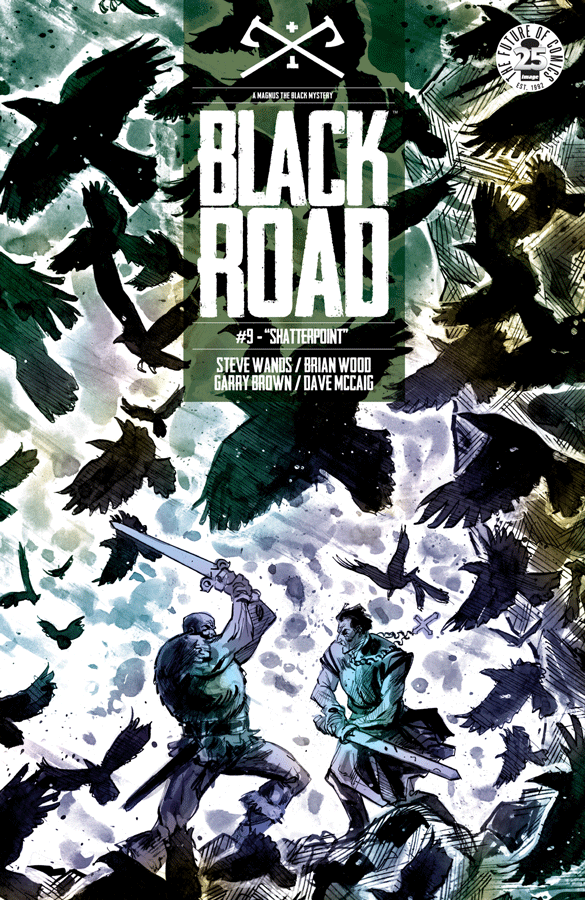 I’ve enjoyed this book up to this point but I found this issue to be a bit of a surprising let down. After all this build-up to get inside the Oakenfort, there was a real disappointment in Magnus the Black defeating an enemy so easily. I hate to give away the resolution of the story, especially as there is another story arc coming, but this was a really easy outcome. I was expecting something a bit more religious or humanistic in nature. But it was a fairly simple ending and, like I said, that was a bit of a let-down.

In partnership with Dynamite Comics, this is a mash-up that was meant to be. A very exciting and alluring mystery that Scott Snyder manages to tease in front of his readers. Why is the Shadow still alive? It’s a conundrum that not only works for the Batman to figure out but also motivates the reader to keep reading. Riley Rossmo’s art seems to have a lot of Howard Chaykin inspiration in it, which is okay in my book. This was a fun book that shows that DC is trying new strategies and partnering with other companies like IDW and Dynamite is the way to go. 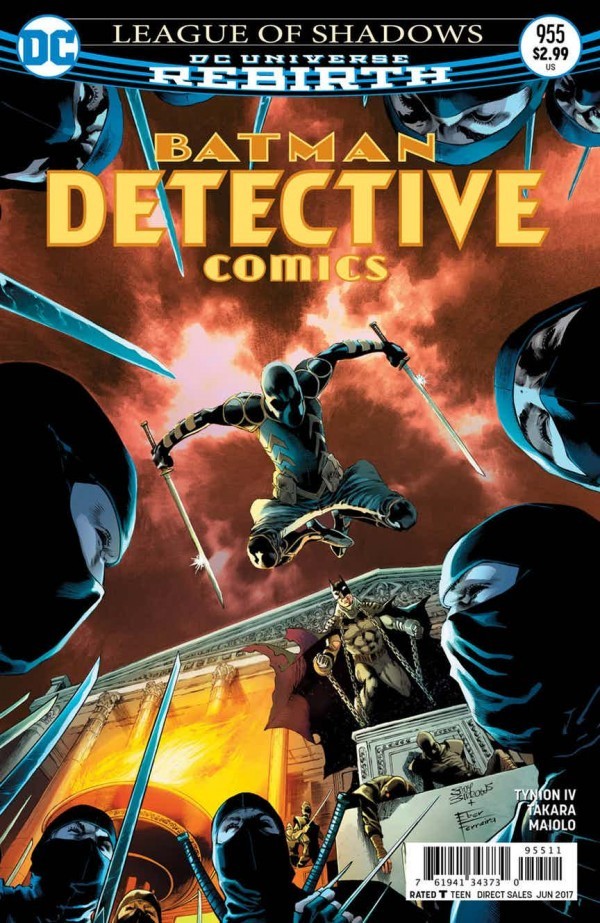 Really wasn’t too fond of the art in this book. It lent itself to too many shadows and while I understand that was the theme, it got in the way of legibility. Plus, I hate having to invert a comic when I’m reading it. Maybe I’m just a guy who likes his armchair too much, but I can’t deal with switching a comic around to read it. Keep it stable, please. It’s a cheap stunt that just frustrates your readers.

Even Cassandra Cain’s heroic efforts wasn’t enough to get me into this issue of the story; maybe it’ll pick up next one. 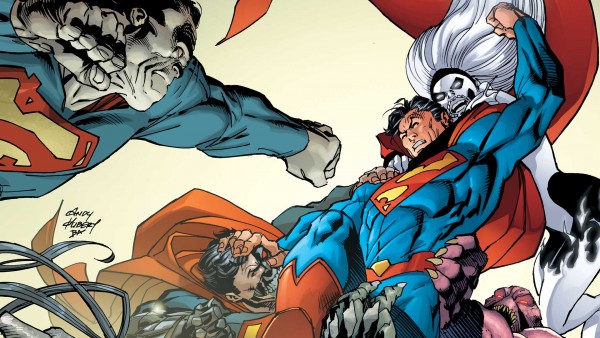 An entertaining and Interesting romp through verifying an alternate past. Not bad. Nice to fill in the holes of Superman’s past within the Rebirth context and previous histories. It’s a cleverly written plot by Dan Jurgens that refreshes the reader’s mind without challenging an ignorance of the events in the DC continuity.

I admit to a degree of curiosity about Superman’s mysterious villain but the idea of resurrecting the Superman Revenge Squad is a great tip of the hat to a historical franchise that saw some excellent storytelling in the bronze years. 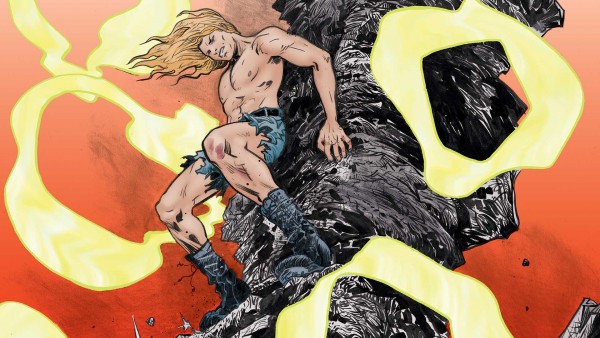 This is a book that I love reading. Another offer from James Tynion IV this month and I have to say that I liked it much better than Detective Comics #978. Why? Maybe because this is a title from the bronze era of comics in which artists and writers were working maybe four or five books a week and were struggling to keep mortgages paid and kids in school. Their stuff HAD to be solid and good or they didn’t come back and it’s not like there were a lot of successful comic houses in the US.

Comics were new and stories were pure. Anything that stood out was either good or trailblazing. Tynion takes us back to that time. There’s a real workman vibe to this book. As the creators are challenged to push their creativity to the maximum, you see their talent emerge, forged in time constraint and necessity. I love this book and can’t wait for the hardcover to come out to collect all of these stories. What a treasury of talent that would be!

Just the anticipation of such a book is enough to give this book the honorable mention for this week. It’s an awesome series that realizes the joy of surprise and I love reading it every month. 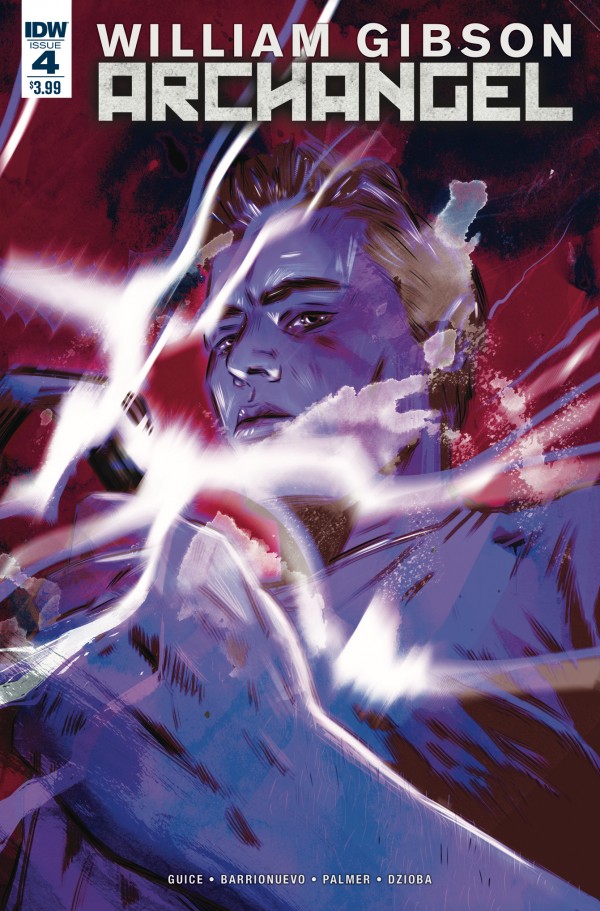 I’ve found the pace of previous issues of this book to be a little slow, but I can’t say that for Issue #4! The plot really accelerated with the reveal of the target of the third atomic bomb after Hiroshima and Nagasaki. Of course, if there was a point in time that the Earth’s future could be altered, then this is definitely the moment.

I love time travel stories and if there was a guy to write it, it would be William Gibson, the father of Cyber-Punk. Of course, he didn’t write the comic script, but his story emerges. I think that this has to be the best issue in the series, and what a shame that it has to be with its penultimate issue; it feels like it hit its stride too late. 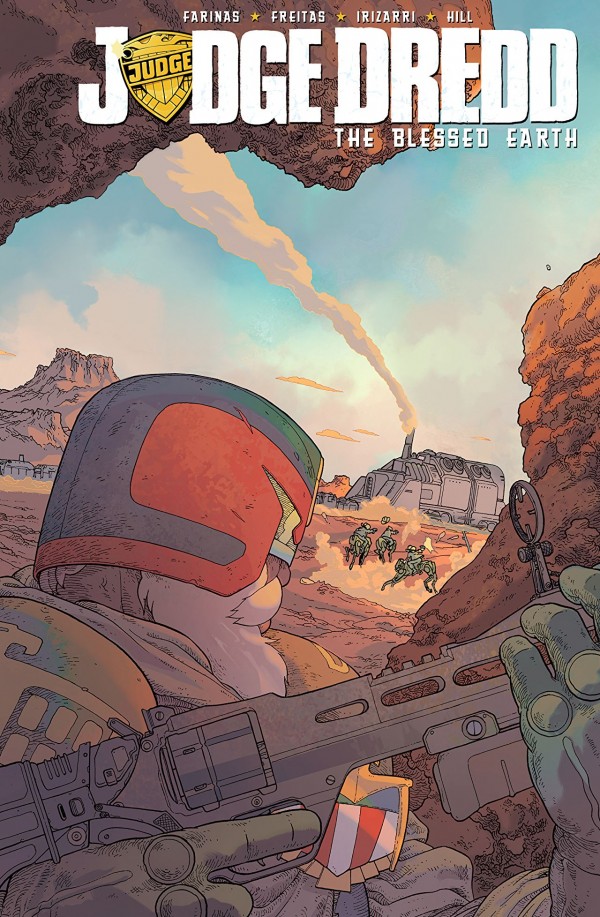 Yeah, I’m just having a bit of trouble accepting this story. You see, in order to really appreciate it, a reader has to have a true sense of the history of this iconic franchise. Judge Dredd has an appeal that has lasted since the 1970s – I remember buying the comic with his very first appearance.

But this storyline repudiates and virtually destroys all of that history in order to make it more appealing to a new audience. I don’t know … I think this new storyline basically alienates its loyal and traditional fan base to make way for a newer and smaller one. I had a lot of difficulty trying to enjoy this book, but maybe someone else can appreciate it? 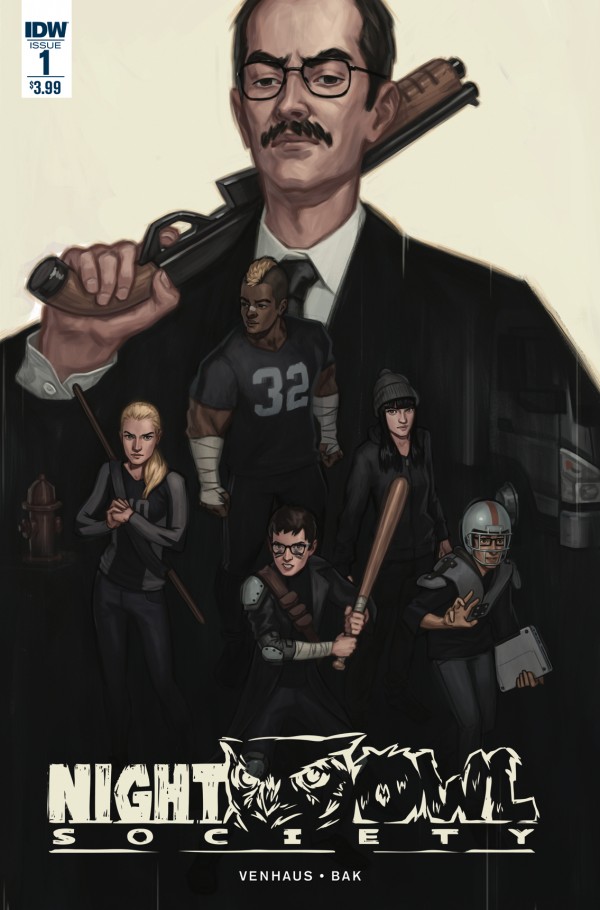 What a simple but elegant comic; it really took me unawares. Completely character-driven, this is one of the few books that has actually surprised me. I got so immersed in understanding the characters and the intricacies of their activities that the ending of this issue was a real eye opener and very pleasant.

Think Breakfast Club but with a purpose. You have to love the overwhelming positivity of youth that comes out in this story. Of course, with the underlying theme of a latent criminality in the background of this story and in the small town in which is set in, there is a sense of contrast that sets the reader up for the surprise that happens at the end of the issue.

Which makes this the natural choice for the pick of the week for this week’s review! After all, this book was a complete surprise to me and made it a complete joy to read. It’s about the determination of an individual who recognizes the wrong in his community and, despite all of the pressures and overwhelming opposition to him, he stands up and resists.

That’s a reminder of the inherent human condition to resist oppression and in this trying time, it’s important to remember that. To me, that’s a great surprise and I am grateful to writer James Venhaus and artist Pius Bak for reminding me of that!