Whatever happened to the simple pursuit of crafting a good story? For that matter, whatever happened to stories having simple endings? In my book, it’s enough for good to triumph over evil and for some reason, that’s just not the expectation any more. I love to be surprised by a complex story but sometimes, I just want to see dedicated heroes triumph over wily villains, but that’s not enough for a lot of our favourite popculture entertainments.

Look, it’s okay to be distinctive; it’s okay to be unique, but sometimes the pursuit of trying to create a story that stands out from others gets in the way of its enjoyment. Of course, this is just my opinion and perhaps this week it may be slightly mercurial, but I like simplicity and not to be confused by a story that doesn’t have to be overcomplicated. We’re looking for a solidly good story this week.

I think this an example of what I’m talking about. For a writer whose story ambitions can be boiled down to his understanding and value of basic relationships, Tom King is certainly taking his time to wrap this one up. The story so far: Bane is revealed to be the villain who Batman suspected all throughout this arc. However, there is a n added wrinkle with Batman’s other-dimensional father, Thomas Wayne also contributing to his scheme to break the Batman.

But just as we are ready for the confrontation between our two nemeses in the heart of Wayne Manor, no less, there’s a second Batman who tries to rally the support of the (as expected) Batman Family. This bifurcates the story progression, confusing the reader. Let me explain further.

There are two art-styles at work in this book. Mikel Janin and Jorge Fornes are tag-teaming the different sequences to clearly represent the two realities Batman is experiencing because of his exposure to the drugs the Scarecrow has been feeding him. However, the intentionally confusing effect of this is to puzzle the reader as to what is real … and what isn’t.

Fornes and Janin have distinctively different styles. While Janin’s is ultra-contemporary and extremely sharp, Fornes has a style that is evocative of the 1960’s classic Batman. Of course, setting Fornes’ portions of the story in Wayne Manor is certainly appropriate given the stylistic trappings of the mansion. He was meant to draw this portion of the comic, without a doubt.

I have to question bringing the Batman Family into this story. In fact, there’s almost a trend to assure readers that Batman is no longer the lone avenger of the night, but that he is part of a bigger effort – a more familial one with people he can trust who has his back. This is a favourite theme of King’s; no man is an island – nor should he be, but Batman traditionally is. However, in this case, because of the dual nature of the storyline in this issue, that effort is for naught.

I get what King is doing here; at least I’m 90% sure. But it has taken so long to get to this point and while he is clearly having a good time dragging the reader down the rabbit-hole, the duality of the story and its meandering make-up gets in the way of the enjoyment of a good story.

Nuts … I forgot to talk about Thomas Wayne. 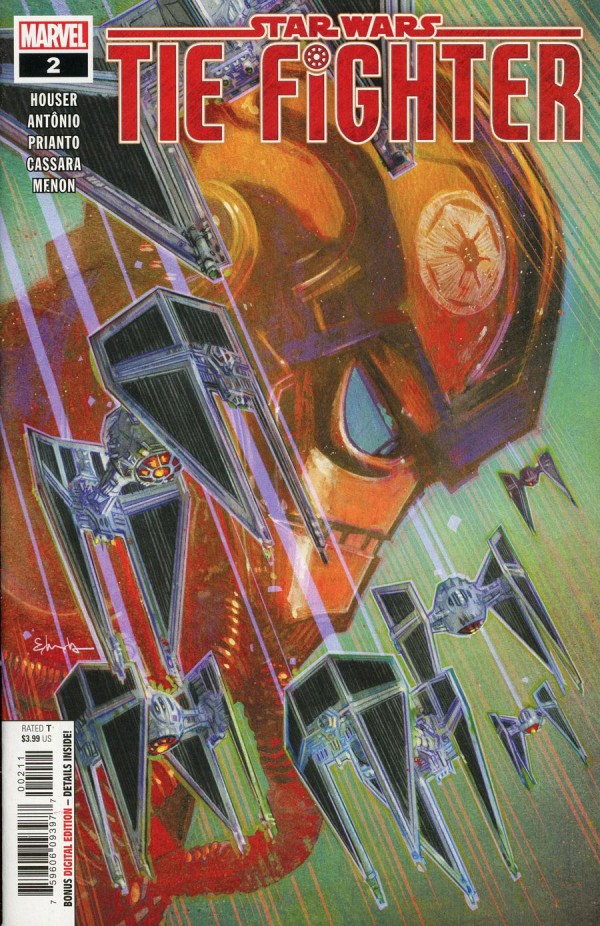 I’ve made no secret just how much I’ve loved Marvel’s treatment of its recent Star Wars titles in my last articles going back at least a couple of years. While there have been a few misses, most of the titles in this franchise have been solidly good hits.

There are a couple of reasons for this. First of all, there is an adherence to the basic values of this franchise that most writes have striven to uphold: a love of fantasy, the emphasis on good characterizations and not getting attached to too many technical details. I’ve always maintained to my students that Star Wars is not a science fiction but a fantasy because of the weight that hope and belief play in its stories.

But I think that the expectations of the fans also play a major role in its storytelling. Fans have a clear idea of what should be included in a Star Wars tale. There should be the presence of the elements I’ve mentioned above but there should also be a sense of romanticism in which there is a slight chance of success against overwhelming odds. This is the major dynamic in all stories in this franchise.

In this unique tale, we see the same dynamics on the other side of the galactic conflict. The Empire rarely gets the underdog perspective but, in this case, the members of Shadow Wing Squadron have the disadvantage.

Beset upon by their fellow Imperial pilots after trying to rescue a previously-thought disabled Star Destroyer, these TIE Interceptor pilots discover a rogue element of the Empire who have carved out their own little corner of tyranny in this space.

Their choice is simple: join them or die.

Jody Houser has given us a story that is fully within the realm of fan expectations though with a bit of an anti-hero twist. It’s a story that is technically outside the range of what would be a typical Star Wars story but incorporates the same dynamics we see on the Rebel side. The characters exhibit loyalty, faith a belief in the Empire of all things and even a sense of daring that long-time fans of this franchise wouldn’t normally associate with the Empire.

With winning art from Roge Antonio and Josh Cassara, this is definitely a fun and straightforward book to enjoy. 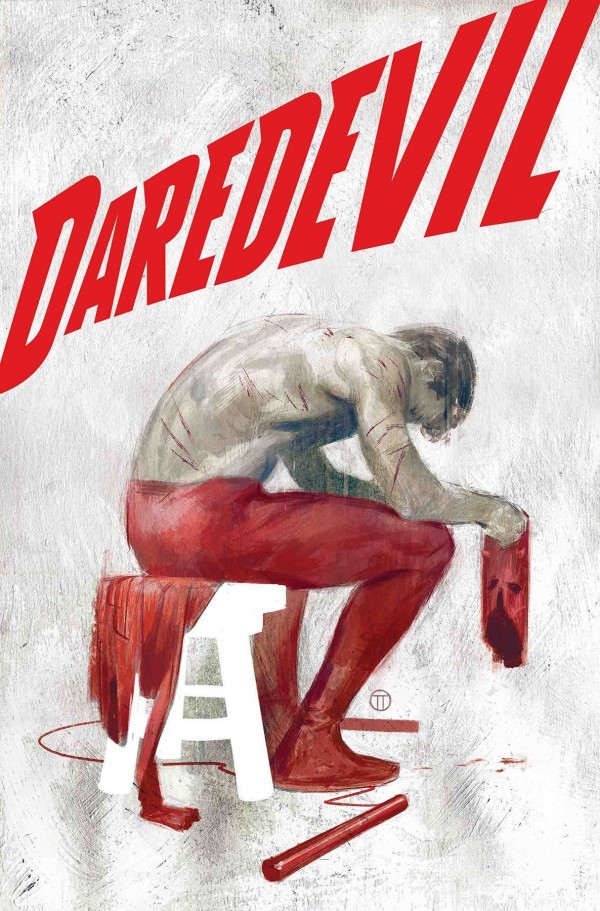 It’s a very understandable and linear feature in a story. What reader can’t understand the character value of trying to uphold an ideal? That’s the essence of this story from Chip Zdarsky and Marco Checchetto.

The weight of Daredevil’s conscience is burdening Daredevil’s shoulders in a truly overpowering way. He is responsible for a man’s death and this is a terrible moral quandary for the Man without Fear. After his encounter with the Punisher, Matt Murdock has learned that he is far from the paladin he once envisioned himself to be and in order to prove himself worthy of that previous status, decides to take on the Owl and his gang of super-powered lackies by himself. A timely rescue from his friends allows him the luxury to realize what he is – imperfect.

This is an idea that hearkens back to the immediate angst of those original stories from the sixties, seventies and eighties; when comic stories could be told within 22 to 30 pages of plot development. That it should be with an original property like Daredevil is a true breath of fresh air on a property that could be argued has no more stories to tell. But it’s the artform – the comic medium is a truly difficult one to master and not every comic story told can successfully fit within those confines, but the important story ideas can and must.

Zdarsky is a reader of those original storylines. So, when Matt Murdoch, bleeding, battered and even unaware that he is wearing the Punisher’s old shirt (and likewise unaware of the visual, contextual message that it communicates), the groundwork for that important idea that Daredevil is unable to continue until he has resolved the personal crisis in his life that has brought him to this state.

Zdarsky’s run is only five issues old, yet he manages to communicate that simple notion effortlessly in two books.

Comics don’t have to be fancy, but they must have poignance. The simplest story ideas – fear, love, hate, insecurity; these are the bedrock of comic stories, or segments that lead to a wider arc. The trick is to keep them straightforward but make sure of characters, ideals, virtues while not being repetitive.

Daredevil is plagued by guilt, self-doubt and the overwhelming sense that he has failed his own ideals in this story. These are grand character motivations but they are easy to communicate that give credence to the character and make the story worthy of his history.

Marco Checchetto has the right stuff for this comic. Not only is Daredevil bleeding and battered but so is his costume. While the decision to wear a Punisher shirt is a scripted one, the shirt is ripped; his gloves are nothing but tattered bandages. Daredevil is a spiritual wreck, but Checchetto draws him as a perfect physical one as well.

In short, Daredevil #5 is the pick of the week for this run. It’s a book that doesn’t make the reader work to understand its purpose but at the same time delivers a poignant story worthy of the character and its long history in the Marvel Universe. This is a flagship property and the character deserves a story that the reader can fully appreciate.

Simplicity is best in a story, but make no mistake: these are not simple characters nor are the problems they face; yet they must be understood.

Until next time, I hope the week finds all of your stories as easily understood and enjoyable. Good reading!