I’m back! At long last, I’m able to write a comic review.

With the gradual reopening of businesses, perhaps this is a sign of hope that will allow us to begin to return to the normal we used to have, instead of the normal we’ve been forced to accept?

To be fair, there are only three comics on my list this week from DC, Marvel and IDW, but, I’ll take what I’m given and I’ll be grateful for it.

I mean, right now, I’m working from home; I have my health, a steady paycheque and the freedom to read the comics that the publishers are able to put out there. Chris Ryall, publisher of IDW Publishing recently communicated to me how much of a multi-faceted challenge this shutdown has presented to those in the comics industry. He wasn’t kidding.

To my friends and colleagues who have been furloughed or otherwise hampered in their various professions and roles, this week’s review is dedicated to you with the hopes that it will see more titles the following week. 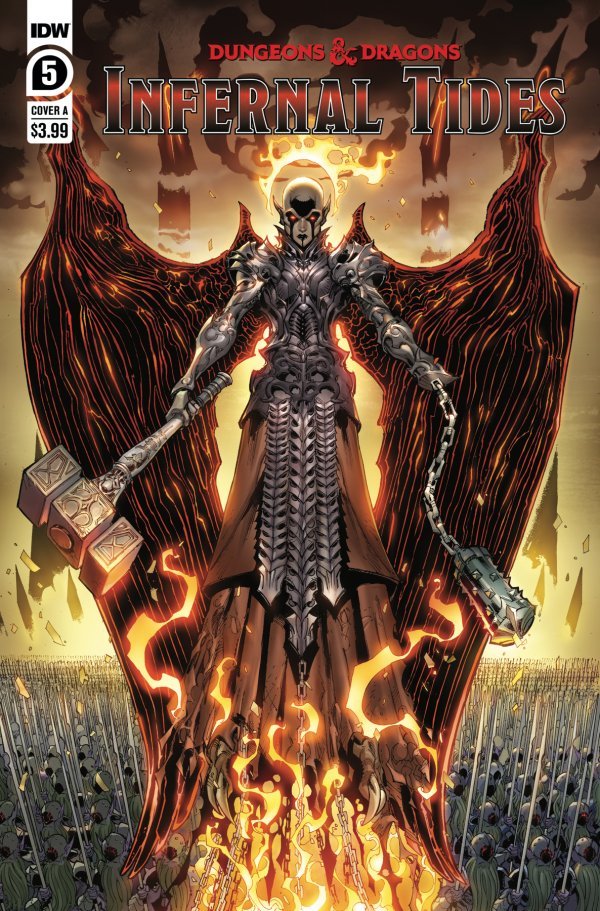 Jim Zub and Max Dunbar pool their collective talents in bringing us this true-to-form D&D adventure, complete with none other than Balder’s Gate fan-favourite character, Minsc the Ranger and his miniature giant Space Hamster, Boo.

Let’s face it – Minsc is the real draw here. I mean, if you’re like me, and you even know who Minsc is, then you’re an online D&D fan from the 90’s. The Balder’s Gate D&D game was a real hit in the 90’s and introduced a resurgence in the real-time version of D&D, resulting in the 4th edition. This would garner sales that would lead to the 5th edition – and that’s where we are in the present online and social media-enriched versions of Dungeons & Dragons.

Jim Zub has tapped into that vein and I celebrate him for doing that. I mean, this comic is a total D&D campaign come to life, properly described and with the talents of an artist like Max Dubar, fully visualized. I love that this guy gets to play D&D for real and that’s what we have in this book.

If you aren’t caught up on the story – no worries. It’s a tale of intrepid adventurers who have to rescue a town from literally going to hell. I don’t mean social issues or whatnot – demons from Hell are trying to drag this town into the realms of darkness.

… that’s always a fun, imperative point for an adventure, isn’t it?

Well, that’s what D&D is all about and Zub has written a story that is fully in line with the enjoyment of the game. With Jim’s work on official D&D digest titles aimed at a pre-teen audience, this is an area that he knows about. The story is authentically Dungeons & Dragons and the character sheets and backgrounds make for an added touch.

I’m a Max Dunbar fan from his work on interpreting the characters from the “Critical Role” folks. Again, someone who has a relevant background to this comic makes it not just enjoyable, but authentic. Great book to read, especially if you’re like me, a fan of D&D who is enjoying its resurgence as of late during the quarantine. 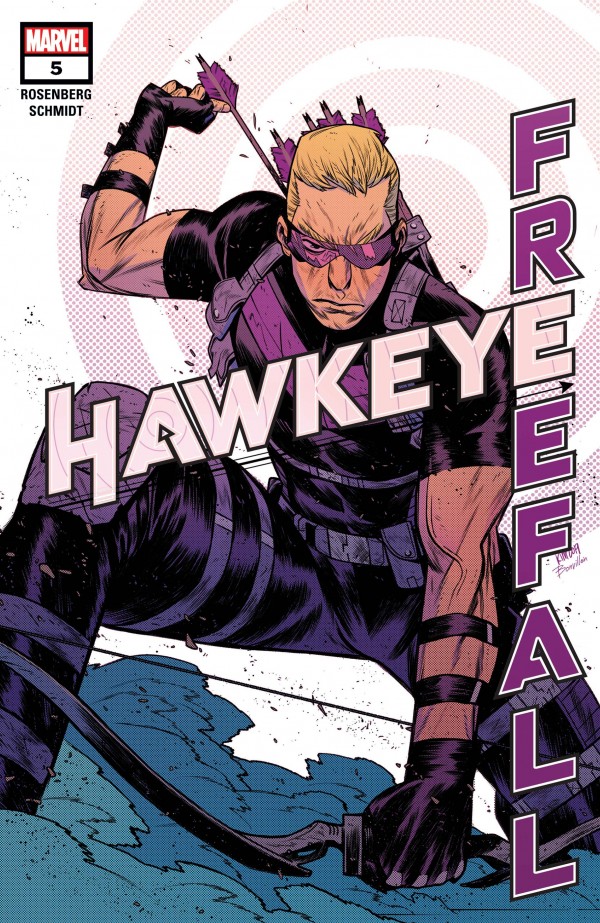 Well, Clint Barton has never been my favourite character, but I’m pleased to see Matthew Rosenberg at the helm of this title. Rosenberg is a true comic creator, with a great deal of experience in the titles I love. Marvel has a gold-mine with this guy and I’ve enjoyed his work in the past with titles like The X-Men and The Punisher.

Rosenberg brings a sense of history to his work and in this case, we see Barton reprising his role as Ronin as well as following a destructive road in the pursuit of doing the right thing. This alone, to me, shows Rosenberg’s understanding of the character he writes.

If there’s anything I appreciate, it’s craftsmanship. Rosenberg’s process is about historical detail, picking up on traits, trends, character information and basically ensuring that canonical information gets its proper due and is interpreted appropriately and relevantly.

There’s a lot going on in this story. Not only does Hawkeye have to contend with his personal relationships with friends going south, his love-life is on the rocks and he is essentially running a double life as Ronin and Hawkeye as he wages a one-man war against The Hood’s criminal empire. Clint Barton is a screw-up, but he’s a screw-up with a big heart. Rosenberg’s play on Barton’s insecurities remind me of his days with the West Coast Avengers. Barton always has to prove something and Rosenberg makes this stand out.

I’m not overly familiar with Otto Schmidt’s work; actually, this is my first time seeing it. It’s dynamic and definitely lends energy to the plot. It’s an action-oriented style that really comes out in fight sequences. Given Hawkeye’s proclivity for hitting first and thinking later, then this is a style that works for this particular character.

Always a pleasure to read one of Rosenberg’s stories. Glad to see him working. 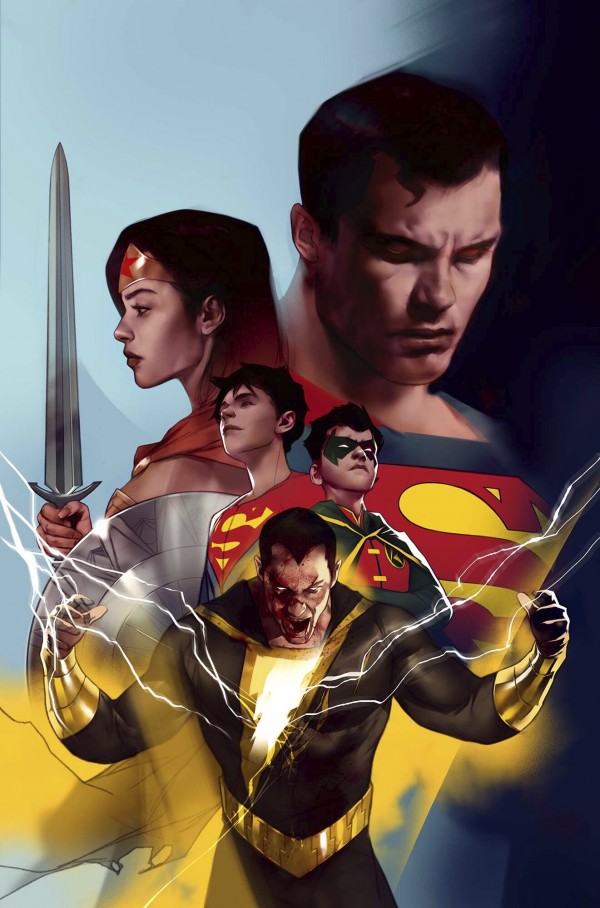 This is DC’s mainstream attempt to deliver their content via their growing array of digital channels. Available on Amazon Kindle, Apple, Barnes & Noble Google, et. al., it’s an interesting experiment to see if comics can be delivered this way.

Written by Tom Taylor and drawn by Dustin Nguyen, the story quickly summarizes the bulk of the events of the DCeased books of last year, more specifically within the time jump. A fairly simplistic read, clearly the need to get the story out digitally is the goal here. I wasn’t a real fan of this story in the first place, seeing it as the late-to-the-party DC equivalent to Marvel Zombies. Also, given that we’re in a world-wide pandemic, this probably isn’t the best title to usher in a degree of hope; ‘World’s End’ doesn’t exactly inspire anyone with a degree of hope, after all!

Nguyen’s art has a lot of emotion. There’s sadness and futility in his characters’ postures and body language. Even Superman’s face is etched with lines of fear, given the losses to date. It’s an excellent style that complements the story that Taylor has set up for us, given the amount of time needed for the audience to arrive at that point.

Taylor builds up tension with this story. Framing it from the perspective of Jimmy Olson’s photo-journalism gives it some pathos and sets it up for the events of the grand Anti-Life Battle that is bound to come. I’m definitely rooting for the heroes, of course. Seeing as there have already been so many losses to date, the world needs to survive. He’s certainly made me curious, at least.

But like I said, the real curiosity to me is to see if DC can manage to generate enough sales to make this a viable option. At 99 cents, the price is definitely right, and that the title is available on so many electronic platforms, I think it’s got a chance to succeed. It’s also going to published twice a month, which is also a factor that works in its favour. If this works, we may be seeing more of this format in the future.

In the meantime, it’s putting comic creators to work and for that alone, I’m grateful.

For that alone, I’m declaring it to be the comic pick of the week. Right now, the comics world needs boldness. It needs to re-invent itself as the planet begins to pick itself up off the floor and stand on its own two feet again. Maybe I was wrong about it being the wrong story for this COVID-19 world.

DCeased is about crisis and like I said, I’m rooting for the heroes to win in this one because the real world needs to win too. DC was the first comics publisher to bypass regular distribution channels and to go it alone during the pandemic. Their people are still working and they’re finding new ways to get their product out.

For that, I’m grateful. To all the comic creators out there – we’re rooting for you.

Pick of the Week: DCeased: Hope at World’s End – Chapter One