Rules are important in any situation. As an avid game player, I cling to rules to understand context, themes and most importantly, strategy. But there are the unwritten, unspoken rules that pop up in every situation that throw us for a loop. I’m talking about values, or house factors which both tie into the weirdest rule factors of them all: people and their behaviour. You just have to figure those out for yourself as you go.

So, let’s get to the list for this week.

When you change history, you change the rules in a very apparent manner. The Nazi occupation of the United States in the 21st century is finally about to experience a challenge to its regime. Uncle Sam has finally re-appeared and it’s time for the Freedom Fighters to take back what is theirs. But first, they have to overcome Overman to do so.

Overman is this Earth’s version of Superman. As the doomed planet of Krypton was disintegrating, a young Kal-El found refuge on Earth, to be discovered by Hitler and conditioned to serve the Third Reich.

But things aren’t as they seem. For one thing, it’s not Kal-El.

I love how Robert Venditti and Eddy Barrows so effortlessly play with this redux. I don’t want to ruin the surprise of this story for anyone, but there is a great wrinkle that Venditti and Barrows throw into the mix that really changes our expectations of how this story goes down.

The encounter with Overman is far from the victory they needed, but when figuring out the next steps in an operation as complex as this game is going to be, the Freedom Fighters are making up their own rules as they go along. With dynamic art, this story really takes the reader on a ride. 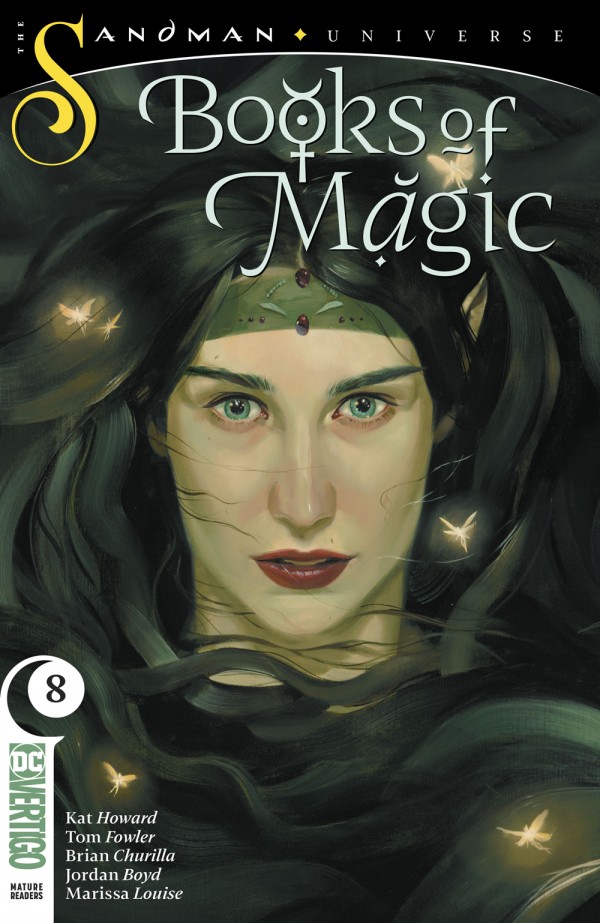 Kat Howard and Tom Fowler bring us back to the universe of the Sandman, where the rules are decided by a young Tim Hunter’s growing understanding of magic.

Of course, in this issue, following the law of Faerie have left him in a state of blissful forgetfulness and the memories of his transgressions on Earth have been mercifully taken from him. Under Queen Titania’s rules, he can live in Faerie as long as he likes with no fear of the consequences. Yet it is his teacher who knows that he needs to eventually go back and under her guidance, Tim begins to learn the value of consequences.

This is a harsh lesson for any young person to learn, as I all too well know, particularly in a student-teacher dynamic. But Fowler presents this clearly and gives me hope that students can indeed learn consequences at some point in their lives! Of course, from my perspective, I wish it would come sooner than later! But I digress …

Tim Hunter understands that magic, like all things governed by rules and structure, comes at a cost. Energy expended means that energy must be replenished. His actions must be answered for and sure enough, we see growth in this young student of magic.

It’s a good story and I’m looking forward to seeing more of it continue to develop. 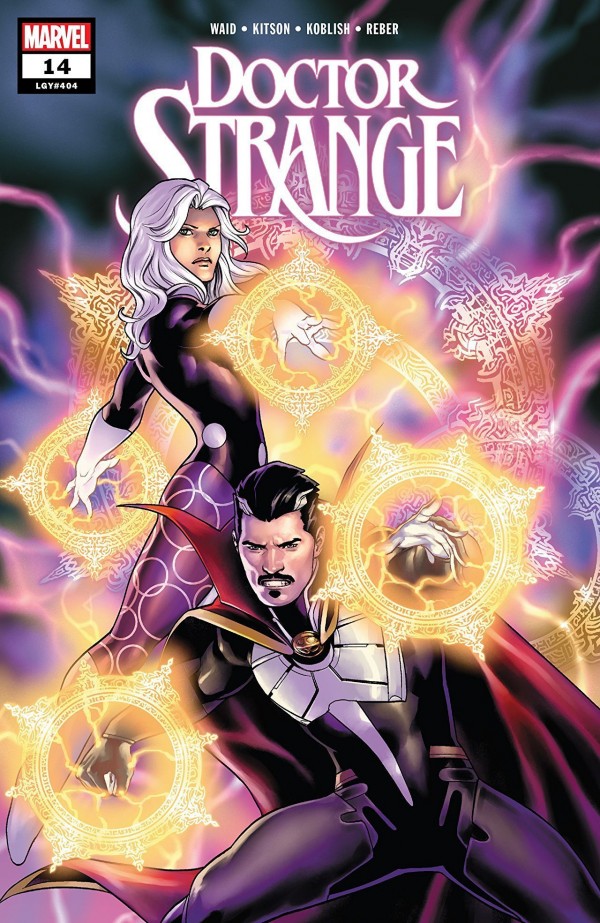 The Herald of Galactus, huh? Well, there are rules to that as well, and I have to say, I love how Barry Kitson and Mark Waid work out the rules for Stephen Strange being a pro-tem herald in order to save the mydtic realms from his hunger. Of course, this only makes him prey to the other forces at large … and so, here we go: the Sorceror Supreme becomes the Herald Supreme and traverses the Mystic Dimensions to find sustenance for the cosmic hunger that drives Galactus to feed.

But then there are the enemies of Doctor Strange who seek to take advantage of his attentions and plague him with their own ambitions. Dormammu, Mephisto, and others all get in the way of what seems to be a relatively simple task!

When it comes to Doctor Strange, nothing is ever as simple as it seems … and that’s what I like about the character. But at the same time, Mark Waid needs to be credited for finding that nature of the character that enthralled readers of the 1960’s and made him equally as relevant in the 21st century. It’s an awesome job and this is a book that definitely needs to be on your pull list, if it isn’t already. 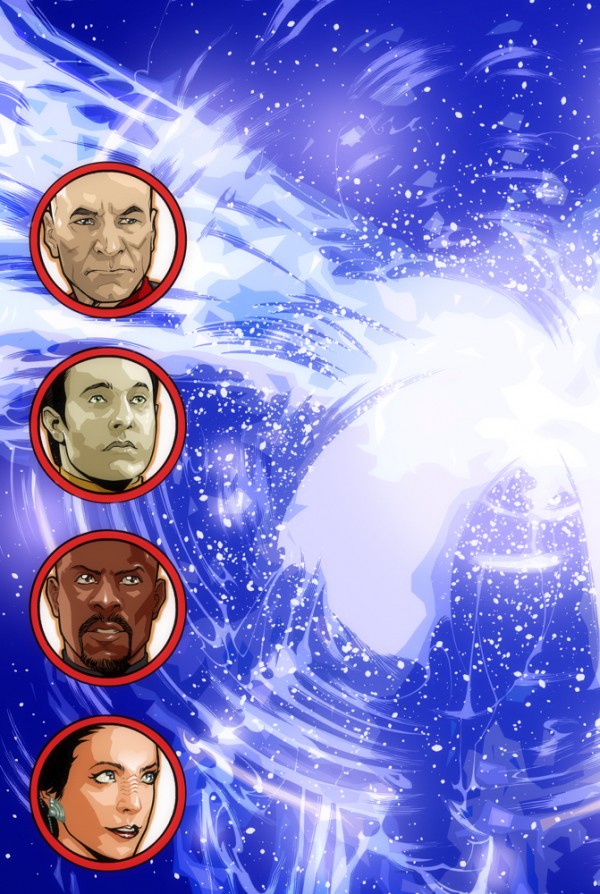 If there’s one rule I don’t break, it’s if there’s a Star Trek comic to read it!

But this is a story about a game; a game played amongst godlike beings and crews from four iterations of Trek are mixed and assembled into different teams for the amusement of the Organians, the Metron, the Squire of Gothos, Trelane himself and, of course, Q, masterminding the entire thing.

While it’s fun to see the mix-and-match assembly of the crews of the USS Voyager, Defiant, Enterprise-E and the original Enterprise face of against each other in games of Q’s and Trelane’s choosing. It’s more fun to see how they all conspire to break the rules.

The only way that these comics can succeed is on the basis of excellent storytelling and detailed familiarity with the characters. That’s the secret of Scott and David Tipton’s writing. Their expert knowledge of the characters of these franchises make this an excellent comic to read.

The art is by Silvia Califano. I’m not overly familiar with her work but she acquits herself most admirably in this book and her character poses and facial expressions more than adequately lend themselves to the storytelling. Her likeness work is great and in short, I thoroughly enjoyed her art. 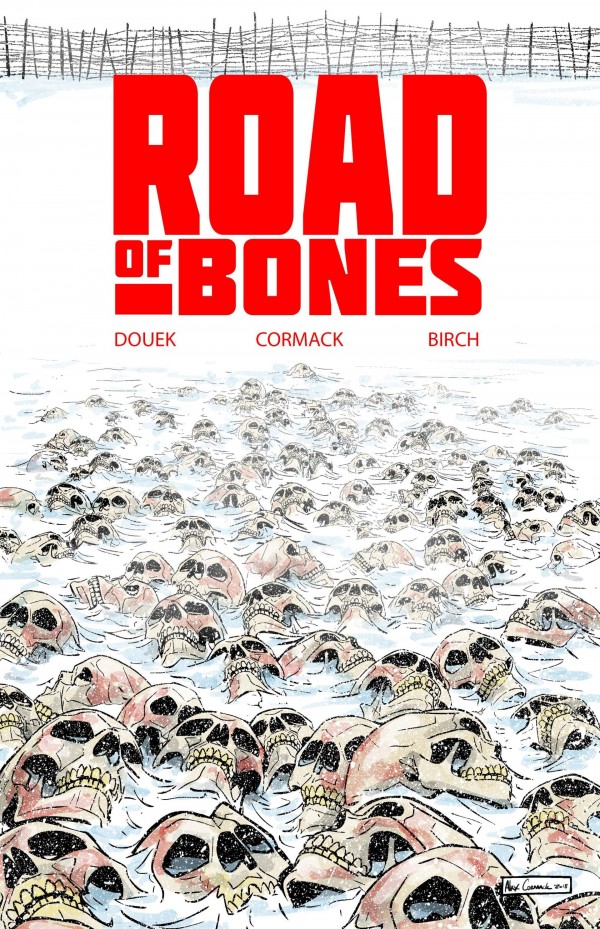 The 1950’s was a troubling time for not just those who lived in the West, but for those who suffered behind the Iron Curtain. The Soviet Gulags were filled to the brim with dissidents, challengers to the established order but also those who were wrongfully imprisoned or received a sentence much harsher than was deserved for their crimes. The Soviets had an odd system of rules for governing their society and adding the difficulty of figuring out prison for the protagonist, Roman Morozov, makes this a story of real suffering.

However, now add a supernatural layer to this story of a mythical domovik, a household spirit that is supposed to protect people in a domicile. Roman believes in these creatures, even in an NKVD Gulag and saves some of his sparse food for the creature every night. When the chance for escape appears, will this friendship be of benefit to Roman?

Written by Rich Douek and drawn by Alex Cormack, this is a story of the most unlikely elements woven together in a richly fascinating combination. Not only does it appeal to the historian in me, but it also delves into a level of fantasy that is unexpected yet highly successful. It’s a story that demands my curiousity and begs the question, where did the inspiration for it come from?

Cormack’s art is gritty and grainy and fits completely with the character of the story. The work details saw prisoners die on the job and were literally buried by their fellow inmates; hence, the origin of the title. Blood-spattered snow-covered roads into the Siberian East make for an incredibly vivid background and Cormack delivers an excellent rendering of this society.

I, for one, am curious to see how the domovik will repay his human benefactor as Roman and his friends make their way across the frozen Russian tundra. An unexpectedly awesome story that makes the pick of the week for this review.

Like I said, it’s a surprising story, but it’s one that captured my attention this week with its unique combination of elements that seem against the grain, yet create this amazing story that defies the rules and allow us to enjoy it as we take it.

That’s it for this week. May your upcoming week find structure amidst the chaos!

Pick of the Week: Road of Bones #1