Another week in quarantine and I can understand the frustration of those people who need to get back to work, or quite frankly, just get out of their home and be somewhere else, especially now in Toronto when the good weather has finally returned.

What I can’t understand though, is when people are being told to continue to isolate and socially distance and not doing so, when medical experts have said quite simply, stay home. The road to economic recovery depends on reducing the amount of exposure to this virus. Until the numbers are diminished enough to withstand the secondary wave of infections, we need to stay home.

Tough decisions need tough resolve to follow through with them. If we’re to beat this thing, we need to be disciplined.

Because Science has said it, we need to discipline to listen and follow instructions of those people who know better than us. So, this week, comics with a theme of discipline are definitely on my mind. Let’s get to the list. 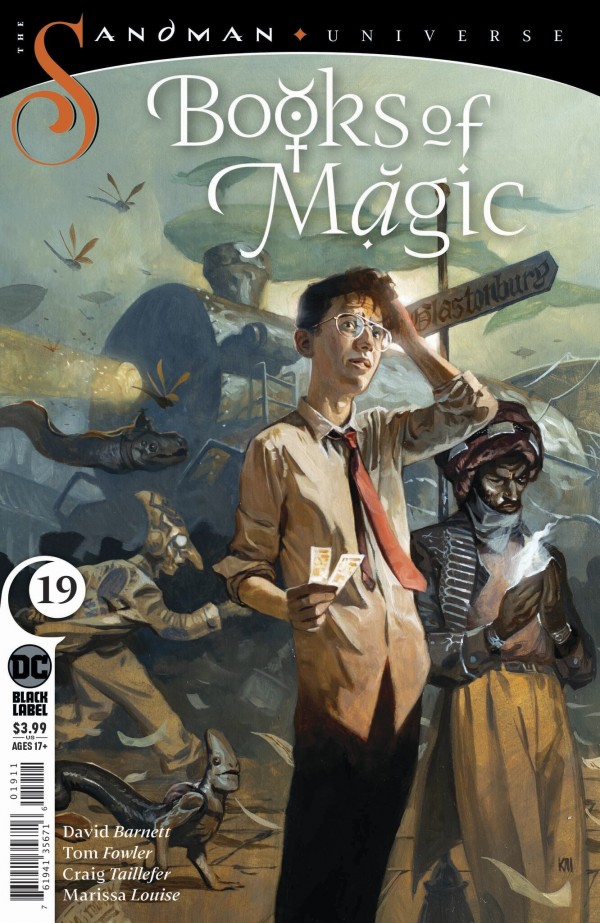 A definite change in tone from the last few issues. To be honest, I had actually taken a bit of a break from this title and I’m happy to have picked it up again at the beginning of an arc.

However, as this is a character co-created by the legendary John Bolton, it’s hard for me to resist. I have a holy Trinity of comic creators, and John Bolton is one of that revered grouping.

In this issue, our neophyte magician has shown a bit of growth. Bored during the summer holidays while school is out of session, he meets up with another young magician who hasn’t grasped the value of consequences as much as he has. Paying for their actions is always something that young people don’t really fully comprehend, until the bill comes due and that’s a theme that emerges strongly from this story.

I liked it. It had that idea of being disciplined and accountable for your behaviour, and COVID19 aside, it’s actually a good story for young folks to read. As a teacher, I’m always looking for ways to teach responsibility and I could very easily use this as a teaching tool.

Tim Hunter is bored, needs a friend and the precarious relationship he has with his disabled father is a sensitive issue that is given a bit of a welcomed relaxation in this story. We finally see Tim as a kid, with kid issues, loneliness and establishing a better connection to his dad. Tim even has a new friend, a possible love interest even, who is not only a source of entertainment, but Izzy is also someone he can relate to in a magical talent. She doesn’t have the discipline and that’s going to be Tim’s challenge as the two of them navigate their way through The Festival and past one of John Constantine’s old – and disgruntled acquaintances.

Tom Fowler provides the art and David Barnett is the scribe. I think it’s a great pairing, given the change in tone to one that’s a bit more carefree, highlighting the need for greater discipline. I really enjoyed this issue. 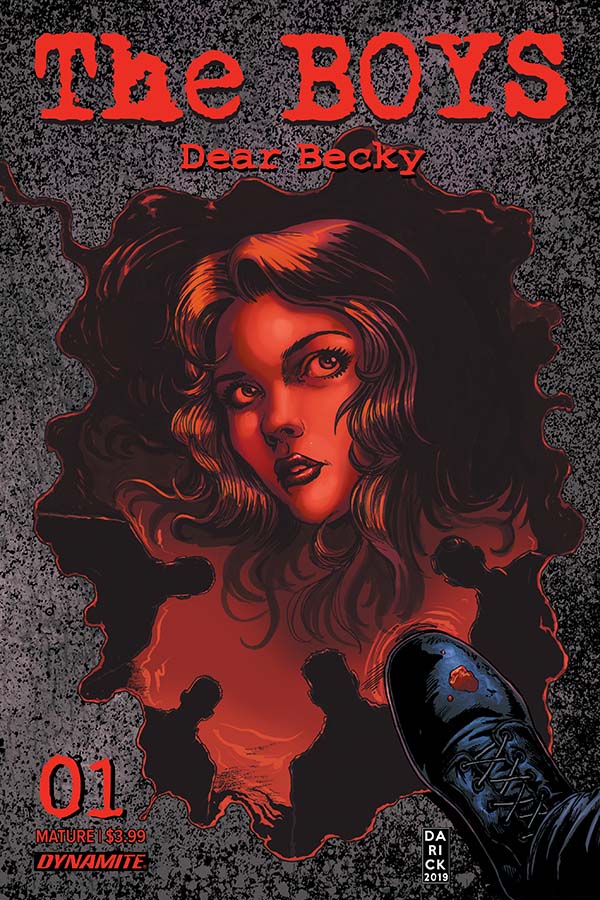 I love The Boys – it definitely is one of my favourite collections of all time, meaning that, of course, Garth Ennis is one of my most revered writers of all time. You want discipline? Resolve? You get that with his writing. If there is a hallmark of this guy’s style, it’s that he’s not afraid to cross boundaries.

There is nothing this guy won’t touch. In terms of violence, raw subject content, social taboos – Ennis will gladly build it up and rip it to shreds in a matter of a few pages. Yet, this is the type of writing that I respect; not just the bloodlust or the shock value, it’s that he can completely justify these things so that we, as the audience, can get over our disbelief at what just happened and then agree that the presence of whatever event shocked us, was story-relevant.

In this re-visitation to Wee Hughie and the rest of The Boys, we see a return to that thoughtful young resident of Auchterladle, Scotland. Life seems to be good for Hughie. He has love, friends, though admittedly they’re not your typical small-town, Scottish pals, but we are gratified to see Hughie is still an accepting dude who has found happiness.

But the arrival of a mysterious package brings back memories of a life that he had left behind.

Ennis leads us down the path that we’d rather not re-visit and risk Hughie’s happiness, but you know that we are going to. He also shows us that he still has a firm understanding of how to take revenge on the super-powered, which is, of course, one of the major draws for this series. Billy Butcher and his gang of reprehensible misfits are continuing their reign of terror against the Supes, which takes commitment and discipline for sure.

While the cover to this was by Darick Robertson, the interior art was pencilled by Russ Braun, who acquits himself remarkably well, giving the reader the standard of art that Robertson provided. Very enjoyable and while the style is Braun’s own, it still allows for the same expectation of entertainment with the series.

I have been a fan of this series because of the brutal commitment to the cause. The Boys are unswerving, focused and that’s the type of thinking we need in these times. Ranging from the infantile to callously brutal, protecting the world from the morally absent and super-powered not only provides darkly entertaining stuff to read but a model of how tough we have to be if we’re going to beat this global pandemic.

I’ve also been a fan of Ennis because I’ve found that he has this type of thinking in all of his books. In order to beat something, you have to be committed to its defeat. No holds barred, no quarter given and there are no such things as rules. Ennis is a military historian and in war there is only victory … or defeat. Ennis doesn’t tolerate defeat for his characters.

It’s my choice for the pick of the week. Stay at home, wear masks, and for God’s sakes, be like Billy Butcher and kick the shit out of this thing!

Pick of the Week: The Boys: Dear Becky #1