It’s the international day of Star Wars today! May the Fourth be with you all.

Of course, I couldn’t let this day go by at school without treating my students to something special. Last period was devoted to a classroom round of Star Wars trivia that they all created and competed in. Afterwards, we took a look at my collection of Star Wars: X-Wing, the Miniatures Game by Fantasy Flight Games. I reminded them that they were talking about a movie that came out years before they were born. If somebody had told me when I was their age that I’d be loving a film that was 38 years old, I would have laughed at them. ‘

But there’s that idea of enduring fantasy. It’s timeless, in a way. I teach my kids about these enduring popculture stories because so much of our contemporary entertainment rests on them. They were the fabric of my childhood and where I learned to understand literature from, but they are also the foundation of what my students appreciate as entertainment.

Let’s check out the pulls for this week. 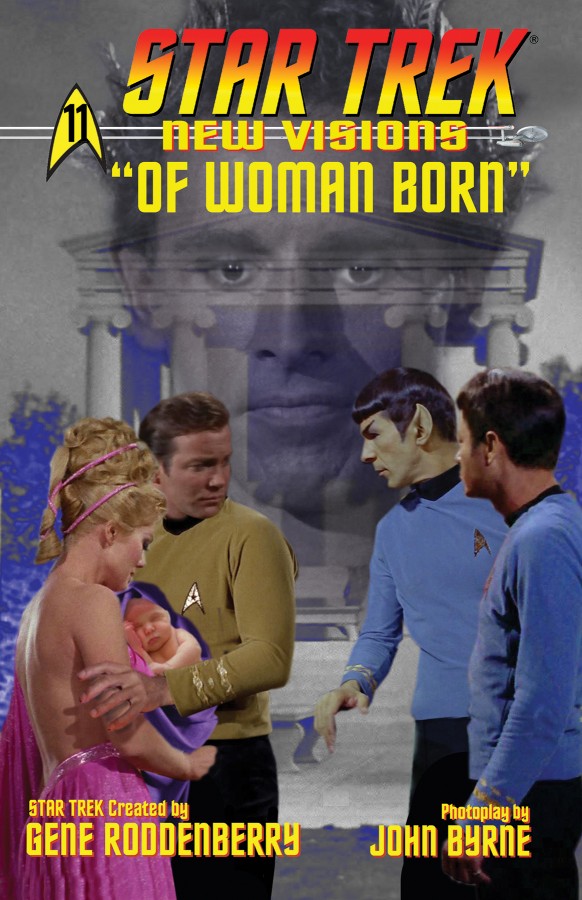 Nothing like a bit of Star Trek on May 4th!

Yup – this is the best Star Trek comic ever. Why? Because this is MY Star Trek. Byrne has tapped into the original vein and created stories using the images of the original cast in new and relevant ways. I even love the appearance of a familiar character from the animated series. I won’t say who and let you discover that for yourself.

This issue is titled “Of Woman Born” and begins from where the original TOS episode “Who Mourns for Adonis?” left off. What is interesting about this issue is the use of Michael Forest’s images. Forest was the actor who played Apollo in that episode but he actually recently appeared in the fan-production Star Trek Continues in their homage to that episode titled “Pilgrim of Eternity”.

Two storylines at different times about the same character. It just goes to show how enduring the original series is and how much of an appeal it has even fifty years later. As Vic Mignogna of Star Trek Continues once said to me, “it’s timeless”.

Great issue – loved all forty pages of the story. Thanks John Byrne. 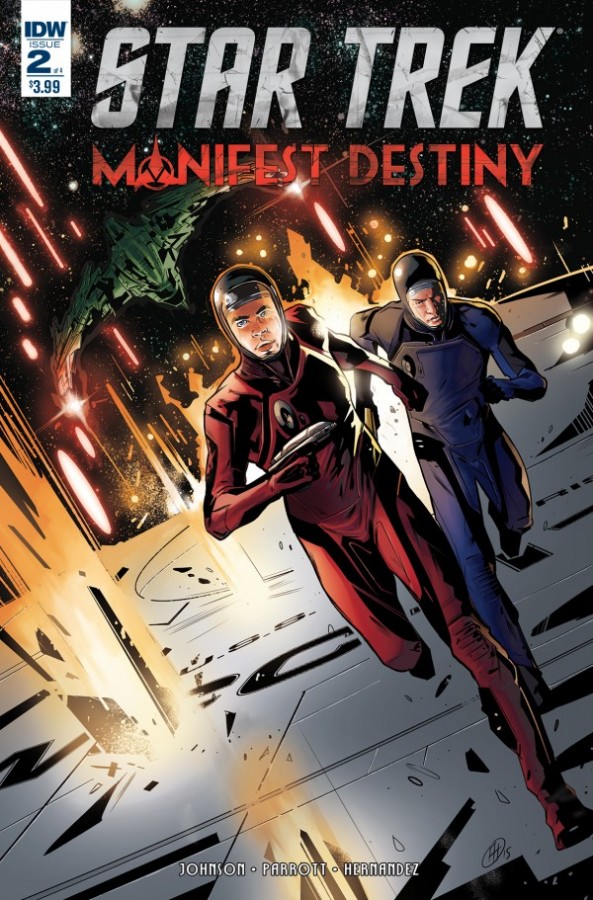 Definitely action-packed and filled with combat against blood-thirsty Klingons bent on taking over the Enterprise. I recently spoke with Marc Okrand – the author of the Klingon Dictionary, and he remembered the original Klingons were simply intended to be violent antagonists. Their culture and identity didn’t really come out until the language was developed further by Marc in the 80’s and 90’s.

This is a return to those days. It’s ironic that it’s also something that J.J. Abrams values in Trek: less cerebral and more action. So it kinda fits both spheres: classic and reboot.

Huh … what a weird juxtaposition.

In any event, I confess that I actually enjoyed it. I actually miss the Klingons being the bad guys. 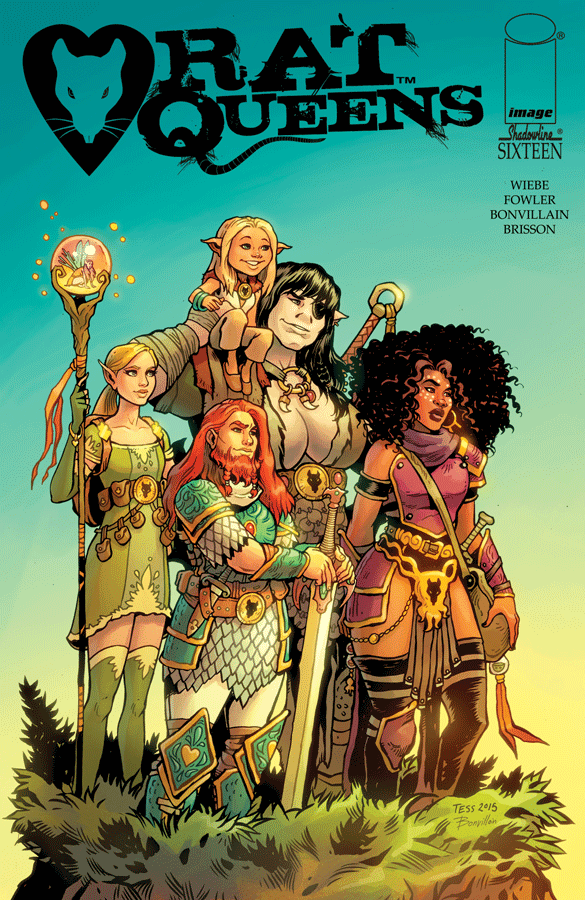 Looks like a little bit of restructuring after Hannah’s departure from the group. I actually have to say that I’m pleased with that decision; she was actually irking me.

Yes, I used the word ‘irking’.

I think the problem with the last few issues is that the group dynamic has been a little bit stale. They were all irreverent personalities and when you have characters who completely align with each other, there’s very little chance for them to develop their identities further if there’s no internal conflict. That heralded Hannah’s removal from the team and it’s a good move.

A bit of a slow start to this new arc, but clearly something isn’t right in Palisade. While the Rat Queens get re-accommodated to their home town, we see a few hints that will clearly be revealed next issue. I will say though, that Tess Fowler is starting to work on me. I like the different female body types she gives the characters and allows for their individual beauty to stand out. She’s really starting to develop a more assertive style and I’m liking it. 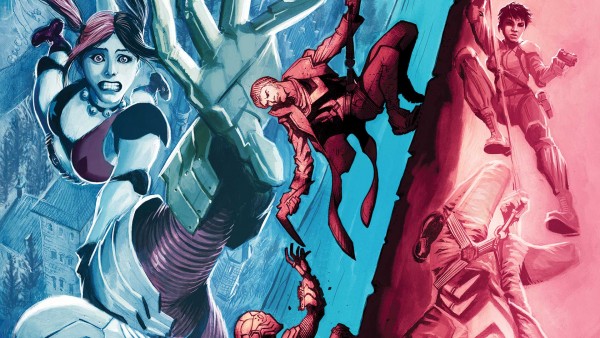 Tim Seeley is really starting to grow on me. He’s got this group acting like a team. I love the way he managed to develop Harley Quinn. Instead of the raving psychotic she always is, he showed her using the Harleen Quinzel persona to tactical effect. It was pretty brilliant.

I can’t say that I’m overly fond of Juan Ferreyra’s art. It looks undefined and unfinished in some places. I like his layouts and spatial arrangement, but as for the actual imagery itself, just not my cup of tea I’m sorry to say.

Still, there’s a lot of growth in this book and clearly Ferreyra and Seeley manage to make it work. I’ve really grown attached to it.

Curious. Bendis has done a lot of foreshadowing in this book. There’s definitely something up and the question of where is Tony Stark is definitely the main thrust of this month’s instalment. But the introduction of this new character – some sort of techno-hero – seems to me to be a bit extraneous. I mean, if she has a purpose for the story, great. But this seems like an out-of-the-place origin story.

I love Mike Deodato’s work, but there was something wrong with Doctor Doom’s face – as a friend of mine pointed out today. Take a look and see what you think. 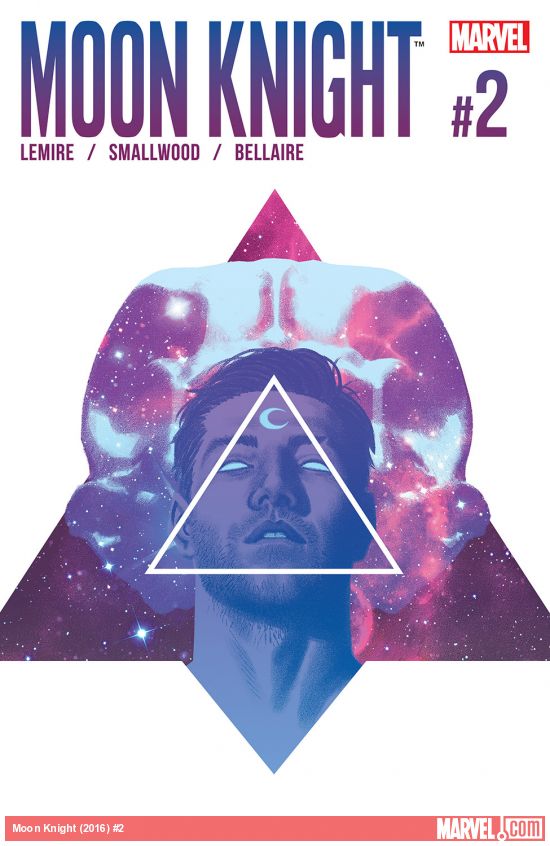 This was the book I was looking forward to this month.

“Welcome to New Egypt, Part Two” takes off from the point where the reader has to question whether or not if Marc is insane. Is he delusional and really trapped in an asylum, or is he, as Khonshu says, simply without faith? The trick that Jeff Lemire has here is that in order for the story to succeed, the reader has to willingly want to believe in the apparent delusion. Like Marc, we are trapped in this fantasy and in order for it to have meaning, it has to be real. It’s very clever and I have to say – this is Lemire at his best. This is an idea property for him to exercise that sense of esoteric that he does so well. It’s very reminiscent of his work on Vertigo’s Trillium.

In fact, Moon Knight #2 is the Pick of the Week for this week’s pulls.

Like I said earlier, it’s May the 4th – it’s the international day of Star Wars, probably the best and biggest example of a fantasy that has endured for 38 years. Fans of all generation share this willingness to believe and so it’s appropriate that the pick of the week has to go to a writer who gets that sense of fantasy.

I taught my students about fantasy this week, in our examination of Star Wars and just how much of an important role it plays in influencing culture through literary, artistic and even economic means.

That’s my job: how cool is that?