It’s the Toronto Comic Arts Festival this weekend and I was invited to partake in a Panel Discussion about the merits of comics on education.

It’s a bit of a big deal to me. After all, I’m a teacher who loves comics and yes, I use them in my classroom. However, I wasn’t able to obtain release time to be able to go to this thing on a Friday afternoon, talk to other teachers and basically celebrate how cool comics are as a teaching tool.

Yeah … so much for professional development.

I’m sighing as I type this so I don’t think it counts as a rant.

However, the TCAF is definitely a lot of fun. If you’re in Toronto, I urge you to go check it out and listen to folks like Jeff Lemire, Brian K. Vaughn and Sean Phillips along with a cadre of comic creators who can best detail the academic influence of the comic book medium better than I could.

Check it out at the Toronto Public Reference Library. The website can be found here.

For now though, my students will just have to hear about it from me tomorrow – or they can check out my selection below. Let’s get to the list. 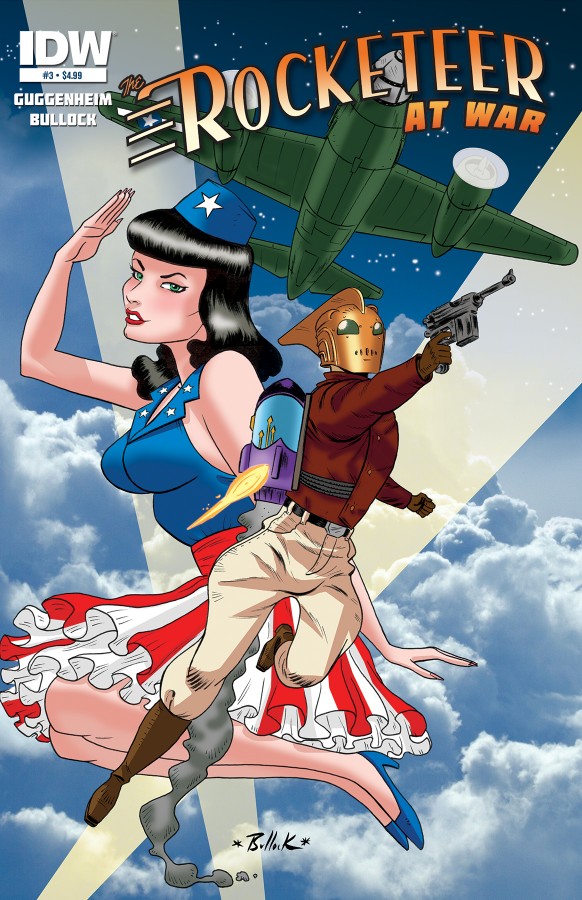 Sorry, but being a Dave Stevens devotee, there’s a sense of classicism that I feel should be reserved for this historical comic that really needs someone with a touch of Stevens in their art in order to deliver a degree of homage to this World War II book. The blockish noses of Bone’s characters convey a very juvenile cartoony feel to this book. It may not apply to everyone, but it was a bit of a jarring turn-off for me, I’m sorry to say.

Guggenheim has the right feel for this book though. His characters, his dialogue – all taken directly from the war years. If you can’t get past the pupil-less faces, then this might not be your book. It’s a shame though as the Rocketeer remains one of my favourite era-specific comic characters. 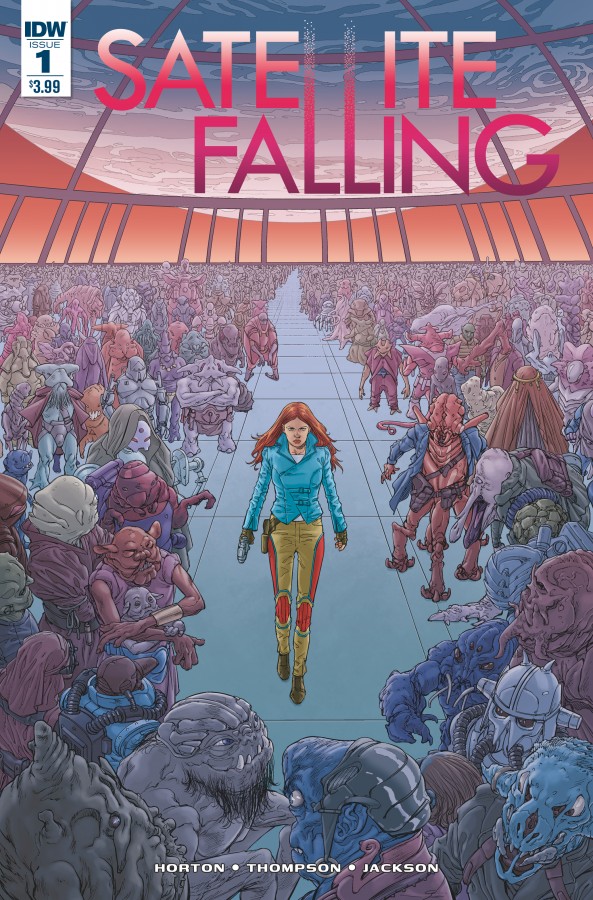 Now this one looked intriguing. I’m a sucker for a good old-fashioned space opera and this looks like it has the right elements. It’s a little evocative of “A Distant Soil”; anyone remember that beauty from WaRP Graphics in the 1980’s?

Written by Steve Horton and drawn by Stephen Thompson, this is a really great first issue for this sci-fi/cop story. However, I’m still more of a Fuse (Image Comics) guy but this has enough of a charm that it does deserve some unique recognition of its own. The idea that humans are a bigoted, xenophobic species that don’t like to mingle with other alien species in the far-off, interstellar future definitely makes our protagonist, Lilly, certainly special. Thompson’s skill in sketching alien races is also worthy of notice. The pencils are really sharp and defined and it’s a lot of fun to see the wide variety of extraterrestrial life that make their home on Satellite. Give it a go; it’s worth a look.

You know what? There’s nothing wrong with this story. There isn’t – it’s drawn well enough. The storyline is well-constructed and the characters are authentic and well-fleshed out.

I think it’s because it hits on that nerve that all of us have – the one that activates our moral filters. You see, I want to believe in institutions. When a member of the clergy, a fellow teacher or a police officer fall from grace, that’s disturbing. That’s the thrust of this story and that’s what I don’t like about it.

Like I said, it’s good, but it’s unsettling. It’s very much in the same vein as Breaking Bad. Anti-heroes are the rage these days and can be very powerful inducements in enlisting positive audience response. However, as I’ve indicated why, I don’t think this is the comic that enlists my response. If you’re fascinated by corrupted characters, this might work for you. 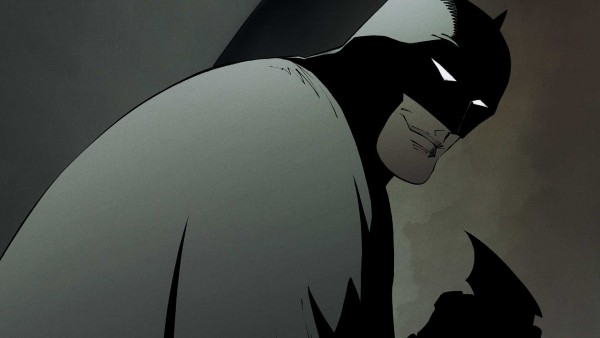 Whoa … Riley Rossmo’s angular pencilling is a real contrast to Greg Capullo’s style. It was a bit of a shake-up and it took some getting used to. James Tynion IV took on the scripting duties for this issue and while the story was a little bit of re-visit into Bruce Wayne the child coming to grips with the death of his parents, I have to say that I found the storyline somewhat trite. Its’ hardly “Court of Owls” but I have to force myself to remember that this is an introductory piece; it’s Tynion’s first foray out on this title and he has big shoes to fill.

Still, it was Snyder and Capullo who got me back into Batman, and that’s kinda the standard that I’m holding to. 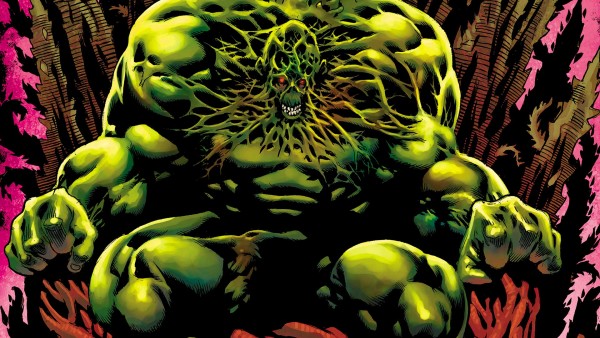 It’s a weird assortment of characters who join the recently de-powered Alec Holland in this month’s issue of Swamp Thing. As much as I’m happy to see Len Wein back on board with the scripting duties of his original creation, I have to say that this issue seemed a little lazy. Basically it was a cavalcade of some of the usual suspects who associated with Holland in his incarnation of the Avatar of the Green.

I love this character and all of his former associates but this issue seemed contrived. I really didn’t enjoy it and I have to say, I can see the end to this arc a mile away. I can’t say that I’m looking forward to its culmination at this point. 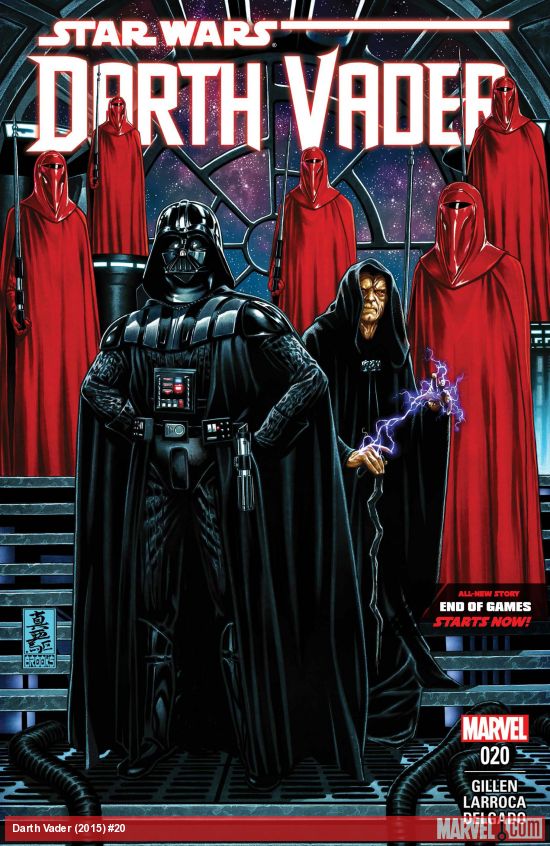 A stunning cover for a stunning book. Marvel’s treatment of this iconically evil character is definitely a jewel in its offerings for this week.

Now Vader has somewhat redeemed himself and reclaimed his place at his Master’s side, the trick for him this issue will be to maintain his status while simultaneously pursuing his own agenda. With the diabolical Dr. Aphra still on the loose, the question to be asked is: will Vader walk the line?

While I can’t reveal the answer to that just yet, I have to say that I was surprised by the relative simplicity of Vader’s response to the entire situation. I felt the Emperor’s speech was a little long-winded but the delightful short story of the Misadventures of Triple Zero and Beetee was definitely a hell of a lot of fun. These are two characters that represent the joy in being given permission to define new canon for this franchise! This short story alone made up for the relative banality of the issue.

Oh, and I love the character of Inspector Thanoth. … Just saying.

So the pick for this week is:

Like I said, I’m a sucker for a good sci-fi space opera and this has enough of an intrigue to get me interested. What really attracts my attention is the choice of Lilly as a non-standard protagonist. Gay, un-humanlike in her responses to aliens in this setting and suffering from grief, she’s an atypical character that I wouldn’t normally consider to have all of the necessary qualities for a leading character. But it’s her grief and her willingness to break down racial stereotypes in this galaxy and try to find some sort of place for her after her loss.

It’s the loss that really strikes me too. In most situations like these, people are prone to burying themselves in their work or to put themselves in stressful situations just to feel a thrill. While Lilly embarks upon a similar path, it’s a lesson to the rest of us to see how people respond in in this setting and perhaps understand how to treat these sufferers differently.

I liked it. Of course, I would have appreciated demonstrating this sort of value to my colleagues at TCAF, but hey, we can’t have everything we want, right?

Because then Chris Claremont and John Byrne would be the next guests to my classroom.

… And that ain’t gonna happen.

See you next week.