It’s a short list this week, which is fitting, given that I’m looking for titles that have straightforward stories. Sometimes, I’m not very sophisticated and sometimes I just want a story that’s got in- your-face attitude. Which makes sense, as this has been a week when everyone has been in my face! Let’s get to the list. 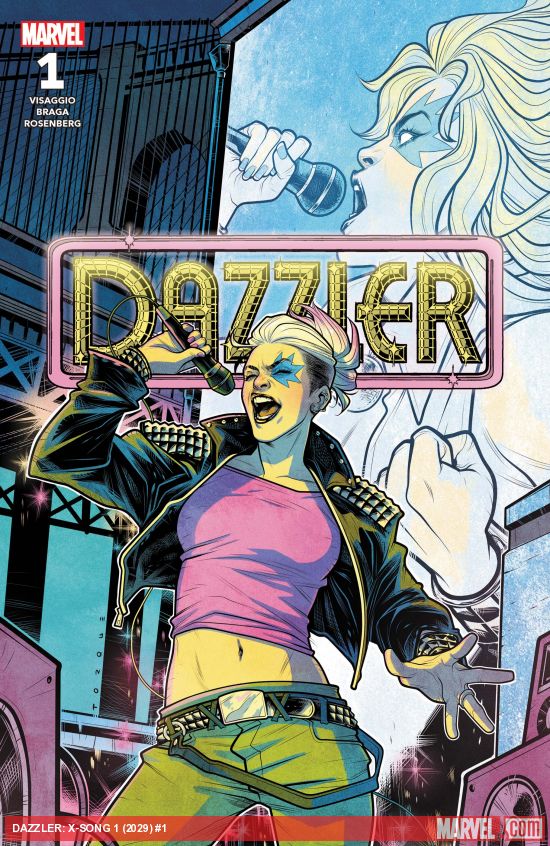 This one shot from Magdalene Visaggio and Laura Braga is a great reminder that the X-Men will always be a force against bigotry. Despite Alison Blaire’s insistence that she is just a singer and not a super-hero, she will always hear the call of those with great ability to measure up to great responsibility. Sure enough, when a Mutant Anti-Inhuman bully gang threatens to ruin one of her concerts, dedicated to both mutant and inhuman solidarity, the Dazzler needs to shine. Good story and a staunch reminder of the values that comics can represent. 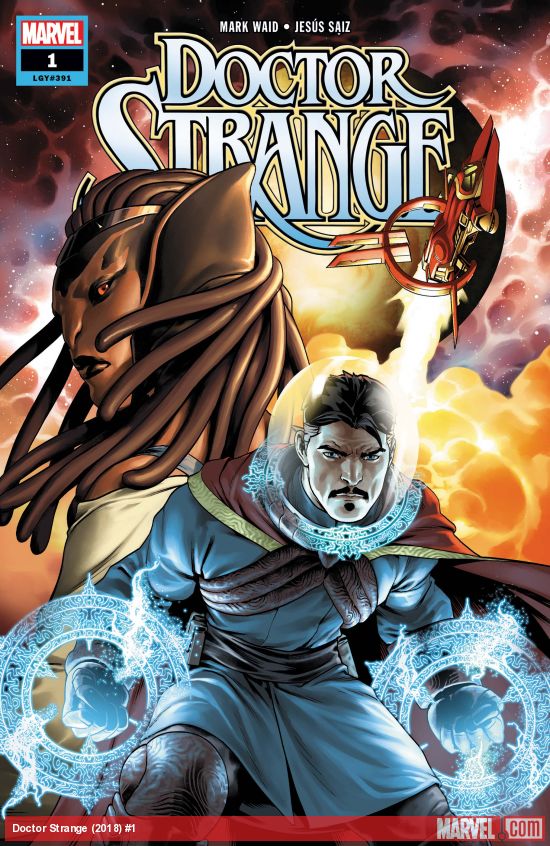 The reasons for changing writers and starting a new series sometimes puzzle me. Like I said, I can be very unsophisticated and there’s a degree of oblivion that accompanies that state of mind. It’s also clear that Mark Waid wants to put his own stamp on this property.

There’s no doubt that Waid and talented artist, Jesus Saiz have crafted a truly unique way of looking at the Sorceror Supreme in this debut issue with their combined talents: namely he’s utterly useless and needs technology to help him find new magic for the Earth.

Talk about your unified theories but I’m not sure how this is going to play out. I have the greatest respect for Mark Waid but having Doctor Strange on an alien planet looking for magic seems to be as diverse a direction for the Sorceror Supreme to go.

However, I have to say I enjoyed it. It was novel and I’m eager to see how it plays out. I will hope though, that the search for magic ends soon as I’d like to see Stephen Strange back to defending the Earth magically again! 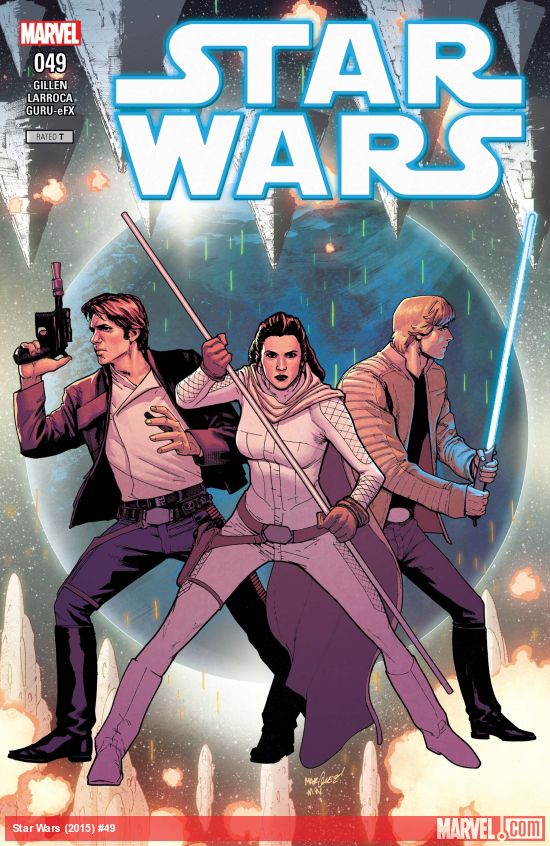 Desperation; there’s nothing like it to breed motivation. In the last part of “Mutiny on Mon Cala”, the plot to steal the Mon Cala Merchant Fleet reaches its inevitable triumphant crescendo! Of course, this isn’t much of a spoiler as we’ve all seen The Return of the Jedi, right? If not, then you are dead to me.

But this is a true Star Wars story: epic plots that succeed on the slightest whiff of hope with terror-inspiring threats waiting in the wings.

Keiron Gillen really has the tempo of this franchise and Salvador Larroca’s art is just breath-taking.

Of course, while we all loved watching the history of the Mon Cala fleet develop into the outcome we all knew had to happen, it’s the final scene in this story that sets us up for a magnificent betrayal. This has all the flavour of The Empire Strikes Back and is thoroughly enjoyable!

I’m an old-school Star Wars comic reader from the days of the 70’s and 80’s – back when Marvel held the first license, and this takes me back to those days. I love reading Gillen and Larroca’s stories about one of my favourite franchises. They’ve done it great justice. 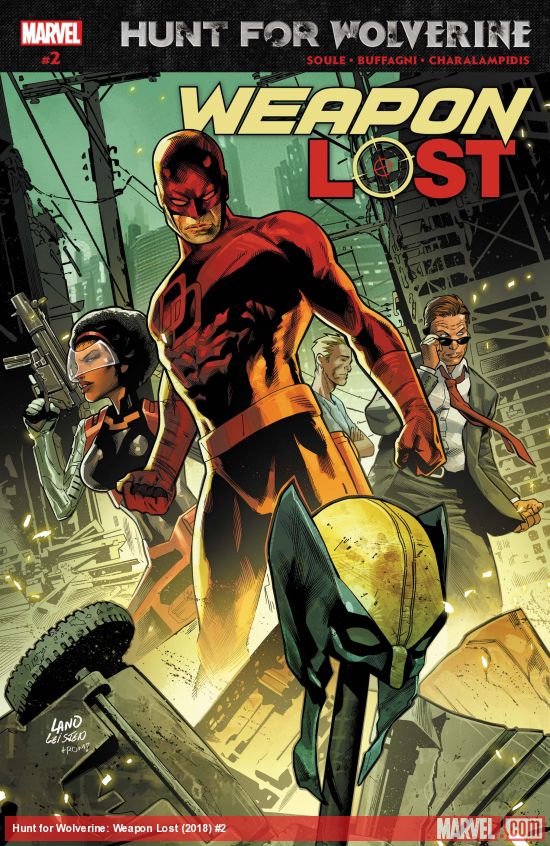 There is a mix of powerful emotions in this story: relief at Wolverine’s return paired with the fear that he isn’t what he used to be. Charles Soule has created a team with real chemistry. What I like about this group – Daredevil, Misty Knight, the strung-out, internet-addicted Cypher and Inhuman detective Frank McGee is that they’re a team based on personality rather than powers. It’s a combination of investigative talents that makes this story more interesting to read because they have to use perception, persuasion and other talents that aren’t really dependent on their super-human abilities.

This is a very intricate story that Charles Soule has crafted for us.

However, while the main focus is on investigating the re-appearance of Wolverine, I have to say that I’m more fascinated by Doug Ramsey. As a New Mutants fan from way back, this new internet-addicted version of the character is definitely interesting and holds a lot of story possibilities to follow in other books. Soule has taken a new twist on this character and I’m fascinated.

Of course, let’s hope that we see that happen. 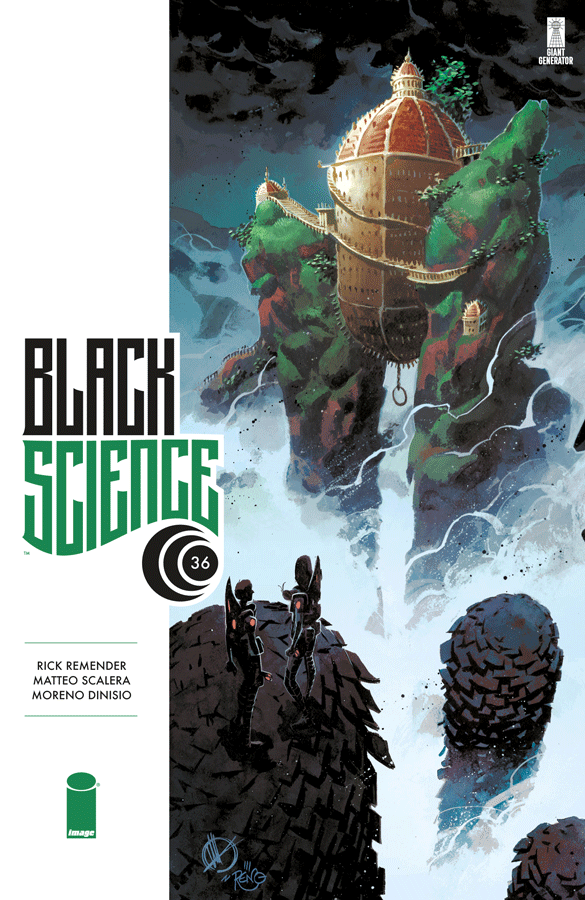 I’ve never really given this series a fair chance, but I hope to rectify that oversight today.

Forgiveness is a vastly under-rated cure-all; probably because it takes so much effort to arrange.

In this issue, Rick Remender and Matteo Scalera provide a story in which Grant and Sara McKay are given an exclusive place in the Eververse where they can work out their issues and reconcile their differences. But it’s the ever-powerful effect of forgiveness that is the root emotion at the foundation of the story.

Punching holes through the fabric of the universe is always a great draw for me, but the human side of this process is always understated. It’s the drama behind science fiction that drives the story – not the science. That aspect is always a deus ex machina that really helps us to explore ourselves. That’s what Remender and Scalera have done.

I have thirty-six issues to go back and re-explore. I hope you do too. 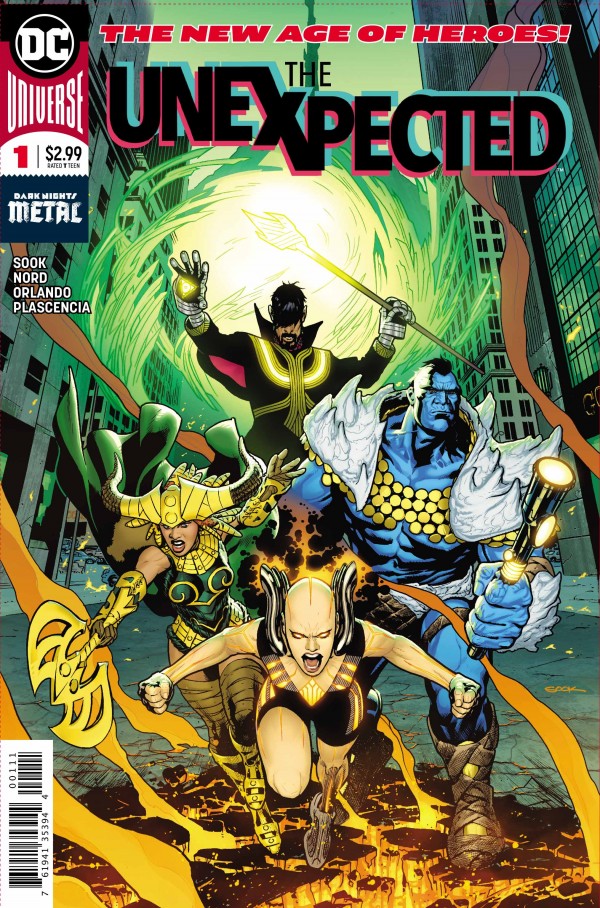 There’s nothing like the unexpected to hit you in the nethers. Since this is a first issue, I had to read it and give it a fair shot to fill me with unbridled emotion and passion.

There’s a lot of talent on this one: Ryan Sook, Cary Nord, Steve Orlando on art and writing and Wade von Grawbadger with Mick Gray on inks. It’s a lot of ability on a new title, especially one with as little lead-up as this one. I mean, this is a team book and it’s not even clear if the team’s name is “The Unexpected”.

I get that it’s building and it has to start from somewhere, but we are introduced to the central character -Firebrand’s backstory very quickly. We also get that the Multiverse is involved and that the Bad Samaritan character is bad, but it just feels dropped on readers at the last moment. It’s clearly meant for large storylines, so we’ll just have to keep an eye on this one for the future. 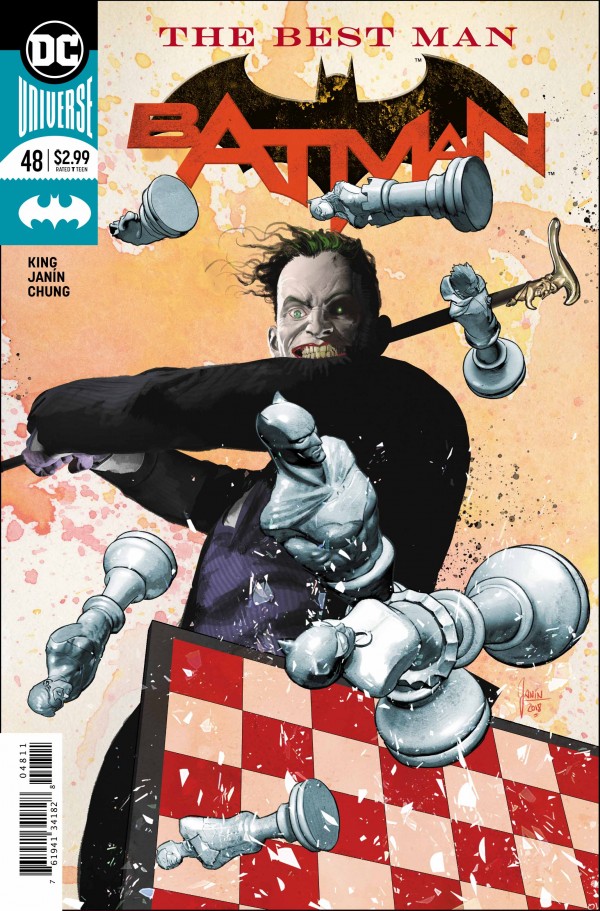 Titled, “The Best Man”, Tom King and Mikel Janin present for our entertainment a truly visceral tale and a classic confrontation between the Joker and Batman.

Beginning with a heartfelt prayer – that falls on seemingly deaf ears, and ending with a prayer, that is also as fruitless, the structure of this story is the first thing that captures my notice. It’s like Tom King wants the reader to feel like Batman is being deliberately helpless here, and given the lack of dialogue from Batman, it’s a story that really grips you.

Word has gotten to the Joker about Batman’s impending nuptials to Catwoman, and it has triggered a killing spree that the Batman is too late to stop. All he can do is reduce the collateral damage in the area, but not before the Joker has appeared at another wedding and has murdered the entire party.

Batman’s treatment of the Joker that’s particularly noteworthy here. It’s a recognition of the love-hate mania that the Joker has towards his nemesis. He loves the Batman and needs him as an adversary but he is psychotically driven to defeat and kill him at every turn. Still, when something as monumental as the Batman’s wedding appears, then he is likewise motivated to be a part of it in the most twisted way he can possibly conceive.

But it’s Batman’s passivity in this issue that really strikes me. He says nothing, even follows Joker’s demands and despite a quick physical confrontation, when the Joker holds a gun to his own head and threatens to shoot himself, why does Batman hold back. For the love of all things holy, no humour intended, he even prays with the Joker in an abhorrent mockery of devotion.

There’s a strong note of faith in this story too. King even brings in some religious heresy into the story by mentioning the Manichean beliefs that St. Augustine held before Catholicism took its hold on him. But it’s interesting that the Joker manifests this idea of dualism of the divinity versus the singular concept of God being all, encompassing all matters of polarity including good and evil. If there is a fervent belief in God, then everything else is chaos.

As Batman lies unconscious, it’s time for Catwoman to rescue her love, and the question that doesn’t get answered is in the title of the story.

This is primal insanity wrestling with faith and heavy emotion and King has shone a true spotlight on the unbalanced clown prince of crime. There are no limits in this story – the Joker has killed, placed his own life in harm’s way simply to get Batman to pay attention to him, and if there’s anything that will get your attention, it’s wanton murder with no boundaries.

Without a shadow of a doubt, King has once more brought his Batman to my attention as pick of the week. It’s a tour de force of psychopathy at its finest and Batman is just along for the ride. I also had to love the mentions of Bolland Ave and Moore in the dialogue. Nice little homage, there, Tom.

However, Catwoman in the wings, waiting for the right moment to appear is clearly going to have some effect on the Joker’s concept of where he stands in his relationship with Batman now that Catwoman is entering into the scene. It makes me think about where King is going with this story and I have to think it’s going to be some sort of twisted affirmation of the sanctity of marriage (another family theme that King is wont to include in his writing) and how that now the Joker is also gifting Catwoman with the status is his sworn enemy as well.

But that’s just my gut feeling.

Join me next week as we look at more new comic book day fun!