You can’t plan everything in life, you know?

I mean, you can set favourable conditions, work things towards your advantage, but life just has a way of surprising you. Sometimes for the worse, to be sure, and I think we’re all experiencing some of that now, but also, life just finds a way to surprise you. 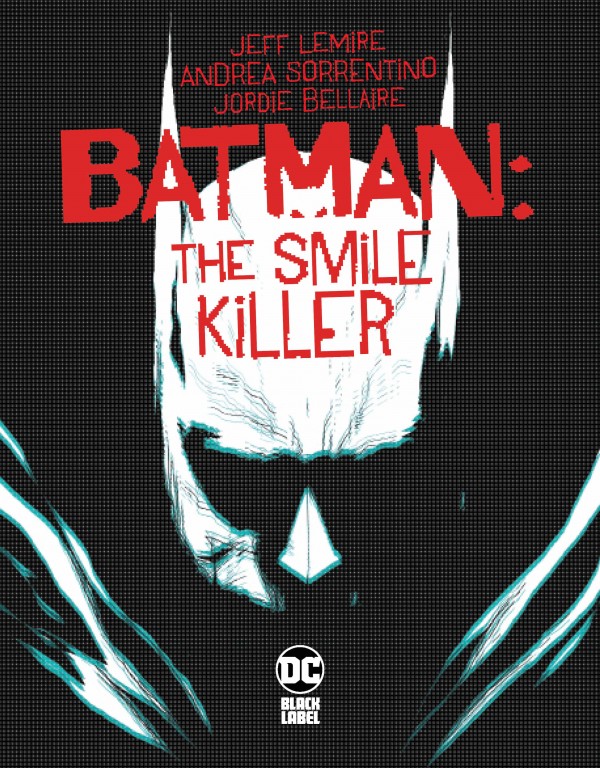 I know, it’s kind of a safe bet going with a Batman title, especially written by a seasoned veteran like Jeff Lemire. Andrea Sorrentino’s art is also well-known so maybe I’m stacking the odds in my favour to be entertained. But, what the heck?

A classic Joker vs. Batman match-up. In this issue, we begin with a young boy watching a TV show called “Mr. Smiles”. While the host is hidden from view, letting us only see a hand puppet, we know that it’s the Joker. Eventually we learn that the young boy’s name is Bruce. Then flash-forward to the Batman investigating the scene of the Joker’s last crime and he discovers a hand-puppet he recognizes from his childhood.

A true Batman trope: Attack the Dark Knight through his sanity; can’t go wrong with that. Sorrentino’s art lends shadow that reinforces the moments of doubt and lack of clarity. In that respect, it serves its purpose in visualizing the story. But I found that it was the story that gave me some issues. It was difficult to establish a time sequence and in doing so, I was a bit confused as to when Bruce was actually affected by whatever the Joker’s nefarious plans were.

Did he get to him as a kid? Is there some sort of Joker Venom gas at work here? So, while I was a bit puzzled at the sequence of events, I suppose the curiousity has gotten a hold of me and I will wait patiently to see what is coming next.

With DC’s new publishing schedule, I know I’m a day late for this review, but I can’t change my own publishing routine. Still, it just means one day less to wait to read. 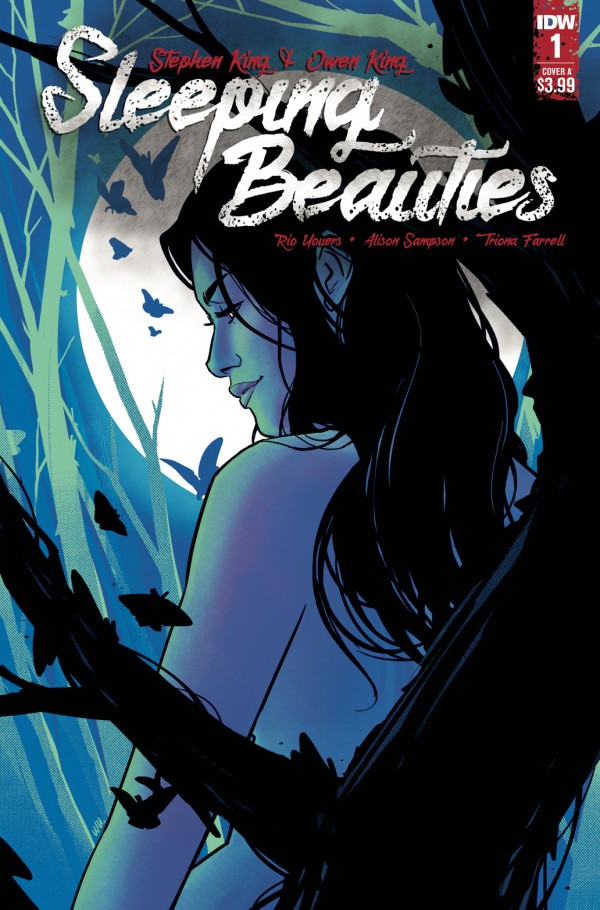 I confess to not reading the novel by Stephen and Owen King. So, in that respect, there’s another surprise to look forward to! In the meantime, I’ll get a headstart by reading this comic adaptation by Rio Youers and art by Alison Sampson.

The concept of a virus that just affects women isn’t just prophetic, it’s downright scary. But that’s always been a hallmark of Stephen King’s writing; the man can take a lamp and weave some sort of horrible tales about it being a magically cursed item or haunted by the spirit of Thomas Edison or some sort of fantastical notion.

The story starts with the introduction of a mysterious female character who seems to wander in an unknown, ersatz research station/Garden of Eden, complete with its own friendly serpent. The unknown woman seems oblivious to the outside elements as she walks naked back to a trailer, puts on a shirt and goes forth to kill two male meth addicts in their nearby trailer while leaving their female companion to live.

There’s very little dialogue to start off this book and to be frank, I really didn’t get the idea of there being a mysterious virus until about two-thirds into the story. I can’t really fault Alison Sampson’s art, but it just didn’t really work for me.

However, I have to be frank, the white-on-black background lettering was really difficult to read. Not only did it make imagine a reverb effect of the characters’ voices, the bold lines of the artwork, combined with shadows here and there added to the lettering. I found it difficult to read and the overall effect gave me a bit of a headache, I’m sad to say. I usually love my IDW picks, but this one just didn’t do it for me, I’m afraid. 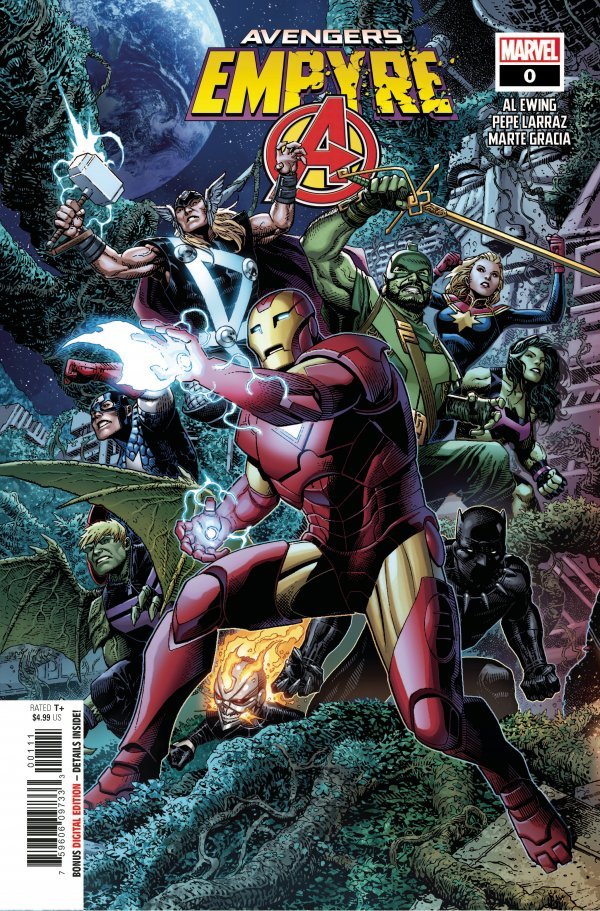 I can’t say that I’ve been the biggest Avengers fan, to be perfectly honest. I was an 80’s fan – Stern, DeFalco, Buscema – these were the creators of the runs I loved. I was even a West Coast Avengers fan, and to be frank, I think that got me to look at the Avengers even harder. Tthen I became an X-Men fan and was lost to the charms of the Mutant Menace.

But there was an appeal to the Avengers wrapped up in modesty in those years that I don’t think has been ever replicated. The Avengers were a superhero team that had real problems with the government. They had monitor duty and a headquarters was a modified mansion downtown in prime real estate. It wasn’t a glamorous multi-story skyscraper. They were down-to-earth people, albeit with powers greater than mortal men, but they had real-world issues I could understand.

However, within all that was a sense of commitment; an ethos that made them the mightiest heroes on Earth. They were deserving of their power because they took responsibility for it. I don’t see that with todays’ Avengers. In fact, with the influence of the cinematic versions of these characters, I find them kind of … showy.

But the Blue Area was such a seminal, historical place within the Marvel Mythos that its very mention brings back so many pleasant nostalgic memories. The X-Men fought their greatest battle there, it was a site of so many Fantastic Four stories and it’s a place of Kree/Cotati archeological history. The stories this place can generate can almost write themselves.

This was a story that recaptured not only the nostalgic place of the Avengers but reached back into those Merry Marvel Marching times to bring forth memories of Mantis, the Swordsman, and the struggle of the Kree and the Skrull and the hapless Cotati caught in the middle. When the Avengers, and more specifically, Tony Stark, remember what their purpose is: to be heroes who defend the downtrodden – this was a book that set up a series that I am really excited to watch for.

Al Ewing and Pepe Larraz need to feel pride in their work because this was definitely a very pleasant discovery for me this week! Put this series on your pull lists because it promises to be a good one. 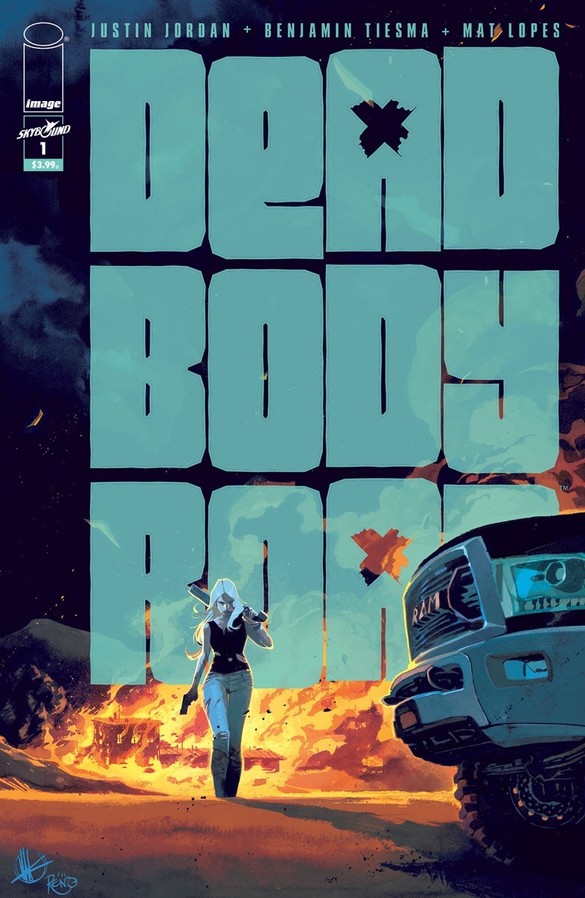 I’ve never read the precursor to this series, but again, that’s what this week’s list was about: making new discoveries in order to be pleasantly surprised, right?

Seriously, now I feel horribly guilty for not reading the earlier incarnation of this series, but I loved Jordan’s remarks at the back of this first issue in which he says that he wanted to write a crime drama in the same spirit as Darwyn Cooke’s Parker series or in this case, inspired by the works of Elmore Leonard. Anything that pays tribute to Darwyn’s work gives me a reason for a look at it. More pleasant surprises to discover, I suppose.

This is cleverly written.

The very introduction of this story is intriguing and bold. We meet the villain in this story from the get-go, but we also gain an understanding of what sort of character he is. Methodical, straight to the point, but he has a code. I love characters with a code and if the villain of this story has a code that he is following, then what about the heroes? If that isn’t an invitation to get to know the rest of the people in this book, then I don’t know what is.

However, I have to say that the art perfectly matches the character of this story. It’s sharp, decisive and it leaves no room to doubt its intentions. I think that’s a thoroughly apt description of Bree Hale – a new, dynamic female hero I can add to the growing list of strong women characters in comics, which I’m pleased to see that most of them come from Image.

If there was one dominant theme in this story it would be code. Everyone has a code, an ethos or even a modus operandi that they live up to. It’s clear in their dialogue, their intentions and their actions and when you have characters who operate like that, you have thoughtful and cleverly written characters you can not only understand but completely define their actions in relation to how you would behave with the code they demonstrate in the story.

This is a great book and I have to declare it to be my pick of the week. Like I said, I was looking to be pleasantly surprised this week and that’s what happened. I hope your week reveals pleasant surprises of your own!

Until next week’s run!