We believe in the magic of things unseen because too often what we see on a regular basis lets us down. A belief in magic, more than the actual proof of its existence is more important in our lives. It’s the sustaining of belief that carries us through the hard times. Miracles, magic, and the sense of things greater than ourselves are needed and that’s the theme for this this review. So, let’s get to the list and see what magic Is in store for us this week. 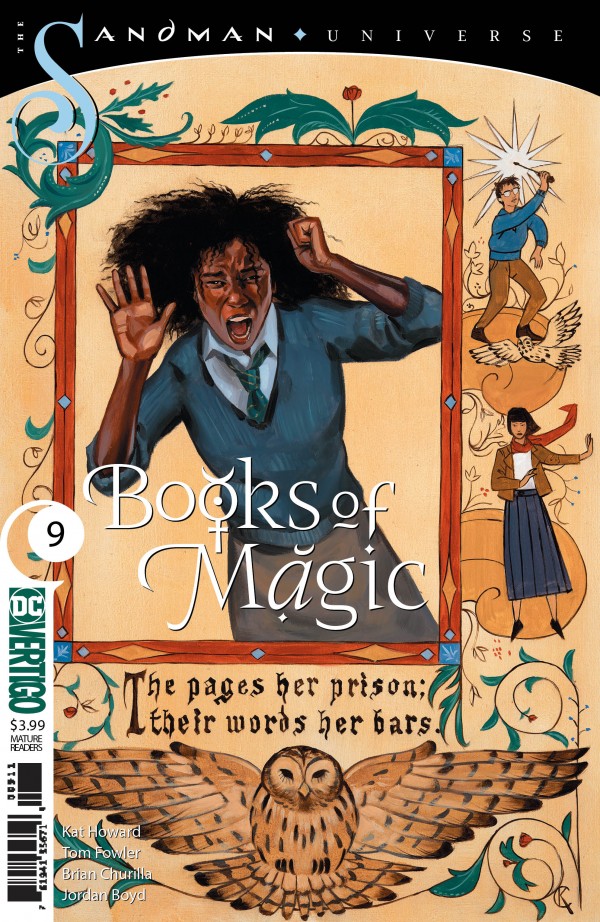 Magic – it’s not just the stuff of legend but it’s the imagined source of storytelling as well.

To create a story is a product of imagination, but if you’re creating a story about something that is only limited by imagination then the writer has two challenges.

The first is that to write a story that resides in the realm of fantasy needs to make sense as well. Sensibility and fantasy don’t often coincide with each other so like baking, so that it requires judicious amounts of both to be able to tell a successful story. It must make sense to the reader.

The second is to ensure that the fantasy is constrained by the non-fantasy elements. Again, this is a balancing act but if the fantasy is so far-fetched, it will lack any sort of relevance to the reader. As the audience is made of far more non-whimsical stuff, there has to be an anchor of sorts that they can latch on to in order to fully appreciate the material.

Tom Fowler and Kat Howard make that happen. Ellie goes from being a lover of magic’s whimsy to someone who realizes it has a sharper edge. Caught in a prison of words, she digs deep into herself to imagine a way out.

A perfect blending of fantasy with constraints, this is a story that not only managed to fill in a bit of a story gap, but also sets readers up for further plot development down the line. I have always been a fan of Tim Hunter and we can see from this issue that he will definitely need his friends later on. What a great series. 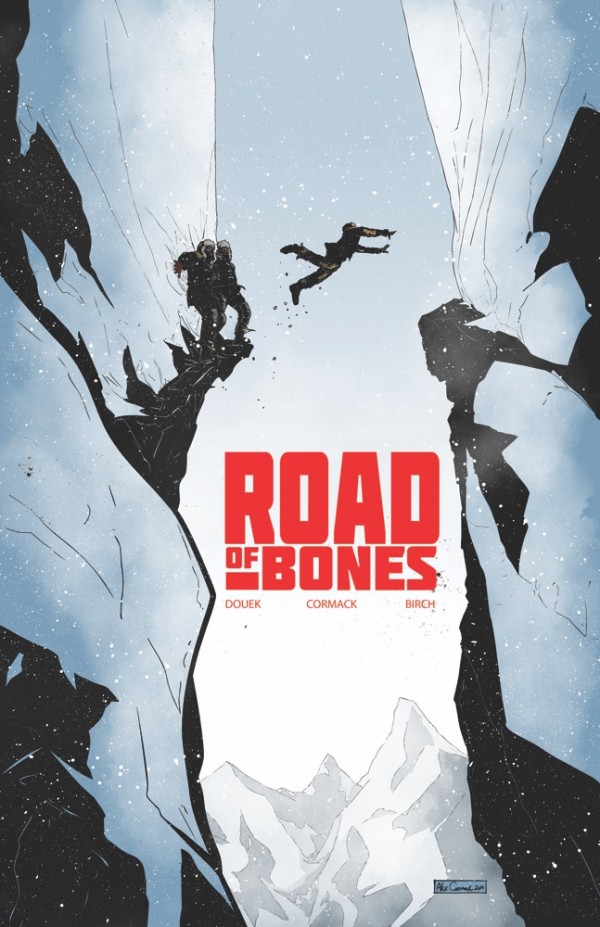 While the historical and cultural themes of this story can’t be overlooked, the hint of magic behind the plight of the escaping Gulag prisoners adds an extra layer of appreciation for it.

I mentioned to Rich Doueck (and Alex Cormack happened to be aware of my comment too) but the time is right for a greater focus on the abandoned aspects of Russian modern history. After all, there is so much of Russian culture not known prior to the 1400’s that it is very much a place of un-mined stories, particularly when it comes to its folk-lore and mythology. But, aspects of modern culture, like the post-war era or things like the Chernobyl disaster were hushed up under the limitations of information in the Soviet system. It only makes sense that in the absence of information, speculative thinking tries to “fill in the gaps”, like Grandmother’s tales of spirits and lore.

But, as someone who studied Russian and Military history, this is an era that I am all-too fascinated with. It’s a time when people could disappear and with a government that was more focused on projecting its power instead of actually realizing it, there was plenty of room for mystical and fantastical elements to slip through the cultural cracks of society.

I think I need to have a conversation with both Doueck and Cormack and get a more insightful idea of what went into the creation of this story because it’s become one of my most well-anticipated books and I am certainly excited to read a new issue. 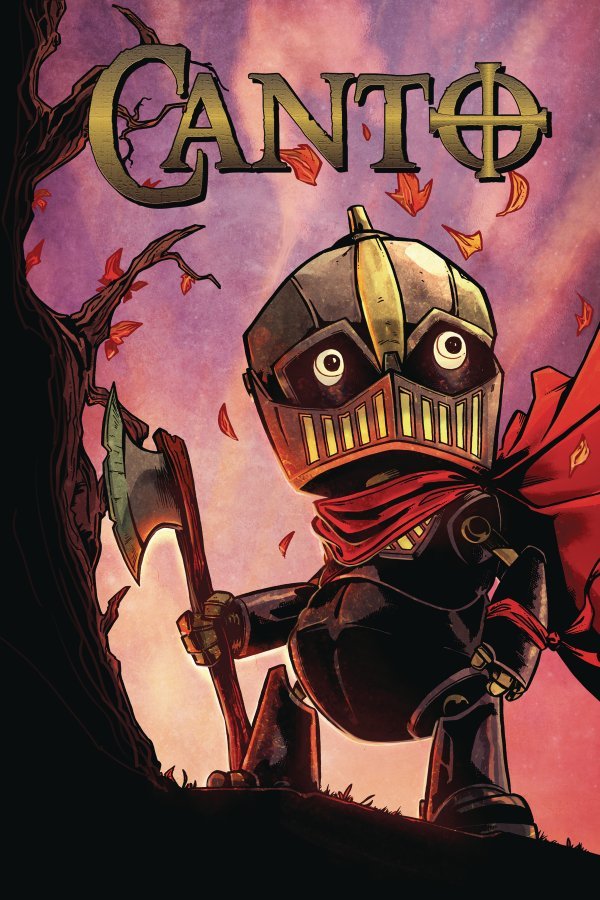 A simple story dressed up in the trappings of a childhood fantasy, but probably has more poignance to it than easily seen. This comic is why the comic medium is the most flexible storytelling medium there is.

There is a simplicity to this book that defies the most cynical dismissal of a whimsical fantasy. The art may look simplistic at first glance, but it’s actually deceptively complex when you consider that the effort has been directed to reinforce the fairy-tale aspect to its story-telling.

I normally don’t go in for the “cutesy-art”, but this is more than that. The characters are drawn in a way that deliberately incite an emotional response. For instance, we are meant to positively react to Drew Zucker’s depictions of the little armoured robotic creatures who have no names, are enslaved by the evil Malorex to feed the furnaces of the world, and for who knows what reasons?

In contrast, the Malorex are more precisely drawn, in that they are bestial and monstrous in nature. The slavers are almost satanic in nature and represent evil in a visceral manner. The technique is well-focused and lends itself well to understanding the characters in greater detail.

The small armoured characters are forbidden to love or to call themselves by name, yet one has dared to love and has been given a name by his love. His name is Canto and this is his story.

It’s a quest motif wrapped in an idealized fantasy and David M. Booher and Drew Zucker have given us a beautiful story that has more than its fair share of loyalty, fidelity and purpose all wrapped up in a fantasy setting that not only entices us to believe in magic, but to make it a part of our mundane lives.

I’m very susceptible to sentiment, if you haven’t already gathered by now, and this story hits all those notes with me. I’m eagerly looking forward to Issue #2. 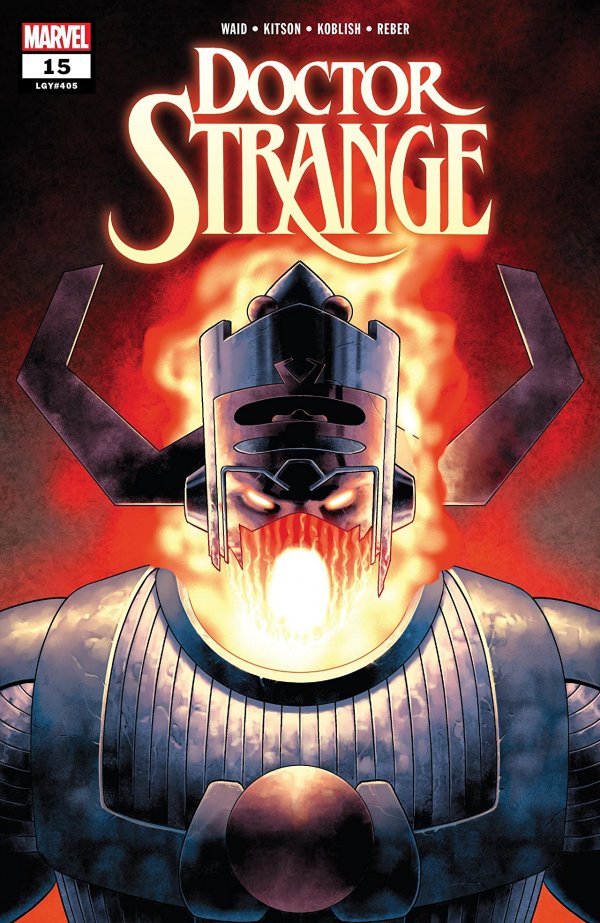 When the boundaries of Science and Magic are obscured and Galactus is under thrall to the Dread Dormammu, this is a worst-case magical scenario bar none.

Barry Kitson and Mark Waid bring us this tale of magic gone wrong when the ruler of the Dark Dimension thinks to control arguably the greatest destructive force in existence by giving him access to magical energy that he thinks will make Galactus his slave.

Mark Waid provides us with a perfect line in this issue that points out the error in Dormammu’s thinking:

“You’re never easier to defeat when your ambition outstrips your ability.” So says Stephen Strange, Master of the Arts Arcane and Sorceror Supreme. I love this line because it not only hints at the way that Dormammu will be defeated but reinforces Strange’s understanding of the fabric of magic. Dormammu may be the master of an entire realm, but he is limited by the constraints of his own imagination as well as a sense of foolhardiness. Preparation is the key to victory and in this conflict, Dormammu is nothing more than a cosmic-scale level egotist limited by his own lack of perspective.

Of course, Strange also has friends he can count on.

Magic is a wonderful thing to master, but a sense of your own limitations restricts what you can do with it. It’s an aspect that isn’t lost on me as I continue to enjoy this exciting tale of Stephen Strange’s continued defence of the Earth from threats both cosmic and magical. 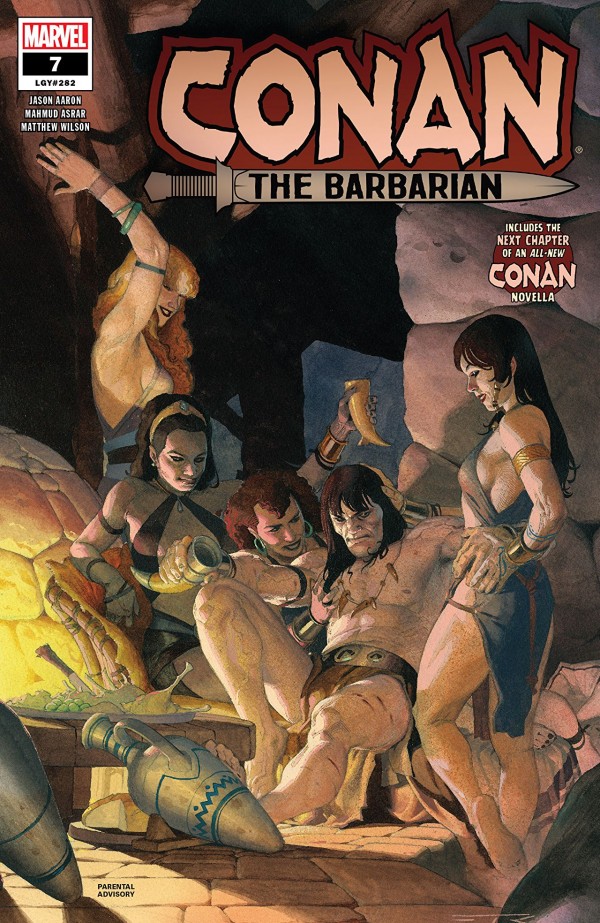 This story left me with a magical joy; a renewed love of a classic swords and sorcery tale that I haven’t experienced in a long time. It came at a much-needed time, when I need a little magic in my life right now too.

Jason Aaron is an intriguing character. I’ve met him twice; once at a table for a signing and then in the green room at a con that I was moderating. But, he’s a fascinating writer overall and reconciling the person with the amazing stories he creates is always an enjoyable exercise for me. He’s clearly a writer who’s touched by classic fantasy, but personally, he’s quiet, unassuming and completely polite.

He totally understands the nuances behind the fantasy that was written between the 1930’s and 1950’s. Some call it “pulp fiction” because of the rate of publication and the materials used to get serial novels out to an audience during those years, but that definition belies some of the in-depth characterization or plot sophistication that emerged in storytelling during that time.

Maybe it’s just my age and I might be just be a reactionary hold-over to that time when magic was new, fantasy storytelling was novel and exotic material was within the realm of the fringe, but I think this is why it is storytelling at its best. It’s my humble opinion that Aaron has brought that back, with the addition of another chapter of an entirely new novella as well.

Stories were meant to pull at the visceral gut-strings of readers and affect them deeply. In this issue, Jason Aaron shows us a Conan not only as a master of swords but is also able to woo over five ladies-of-the-evening with simply his indomitable nature. He says nothing, but simply lets his actions speak volumes for him. He cares nothing and thinks nothing of what people think about him.

He is Conan … and he has no room in his heart for romance, only plunder and revenge.

There are moments in this story when Aaron completely sells this. For example, when every one of the brothel girls he has hired for a mission all fall for him, that shows us how well he understands Conan’s force of will. People with purpose attract followers and Conan rallies people to his own cause because of his sense of focus. These women are no different and when they sense that Conan can be successful, they are drawn to him.

Adventure stories need characters like this but more importantly, they need writers who understand how to effectively present them. There’s a particular type of magic here and with Mahmud Asrar’s amazing art stylings, this book brings back that sense of wonder and Conan is a source of a reinforced belief in the magical ability of excellent storytelling.

I can even imagine epic orchestral music in the background as I read the introduction, study the map of where the adventure is taking place and then prepare to lose myself in days of ancient times, bright steel and dark magics.

Conan the Barbarian #7 is the pick of the week and I thank Jason Aaron and Mahmud Asrar for their magic.

Pick of the Week: Conan the Barbarian #7