It’s a nostalgic time of the year for me. It’s when my students begin to start considering their futures as they move into the next stage of their lives. Yet for me, as much as they look forward, I look back at the work we’ve shared and I resort to my weekly pull of comics to ease my mind into a stage of relaxation.

Comics … cheaper than alcohol and the legal way to decompress. 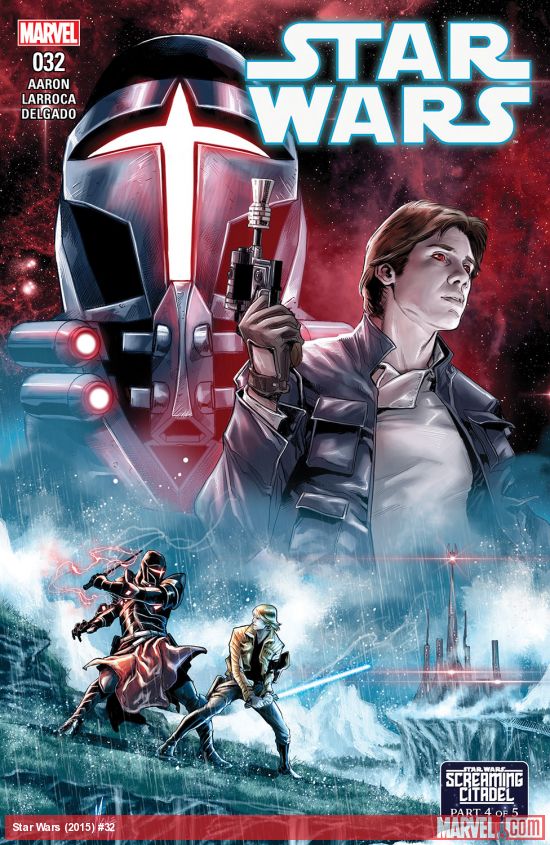 I think it’s sad that this is the one of the very few Marvel titles that I’m actually reading these days. I mean, it has two things going for it: one is that it has Jason Aaron writing it, and the second is that it’s Star Wars. If there’s anything that would make me pick up a story to read, it would be Star Wars. 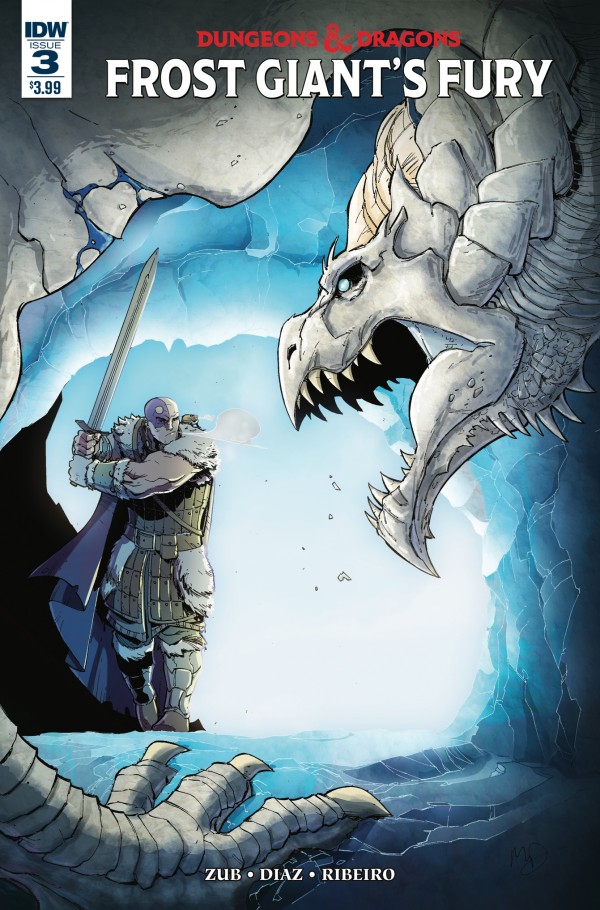 Yeah! Dungeons & Dragons – a book about a beloved role-playing game as told by the illustrious Jim Zub. If there’s anything Zub does well, it’s material about a game, or source-book or anything with a lot of extensive background that’s fun to explore.

Minsc and Boo – our favourite heroes from the thriving city port of Baldur’s Gate are back and they bring equal amounts of mirth and mayhem with them as they undertake a quest with their party to rescue a white dragon’s eggs and save the town of Fireshear from a ravaging band of Frost Giants what threaten the dragon’s eggs and also the town as they seek a magical Dragon Orb with which to bend dragons to their will. It’s classic D&D and a roaring good amount of fun. 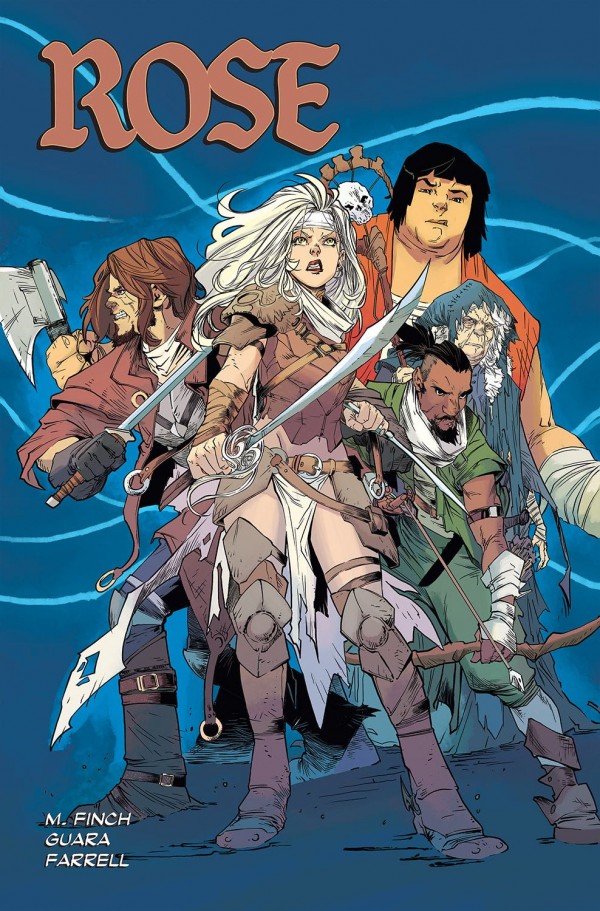 A beautiful story. In this issue, Rose begins to come into her own identity and we learn more about the background of her rescuers and about her khat, Thorne.

That’s about the short of it for this issue. Meredith Finch has described her writing style as a “slow burn”, and while we may be waiting a little bit for the story to unfold, who cares? The longer we stay in a fantasy world, the better as far as I’m concerned. But the joy behind this is the escapism. We only get twenty to thirty pages in a comic book to enjoy this sense of escapism and why can’t we extend that?

It also whets our appetite for the rest of the story and the eventual conflicts that are about to come when Rose’s full power finally manifests itself.

I’m looking forward to that day. 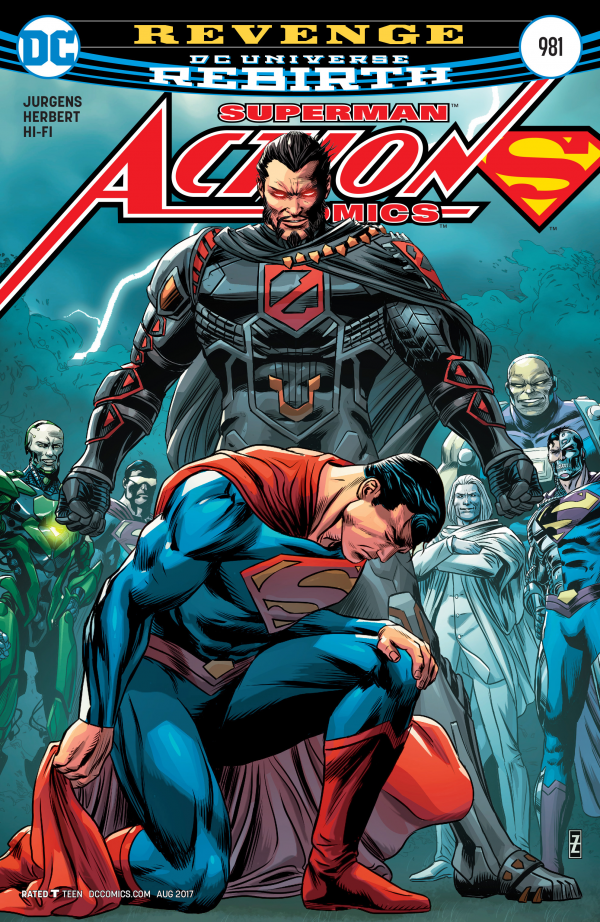 Ah! General Zod is free! With a title like “Revenge”, Dan Jurgens has definitely got our attention with this one.

What a dire situation Superman finds himself in. Now that the Superman Revenge Squad has enlisted its final member, will the Man of Steel be able to hold them off by himself? There’s a lot of future action in this book promised by Jurgens and artist, Jack Herbert, who I have to say, acquits himself remarkably well in his treatment of this iconic superhero.

It’s a simple story premise, but the fact that Superman has some of his most powerful enemies rallied against him makes for a very compelling read and we have to wonder if anyone will rally to his aid, or will he have to fight this battle against overwhelming odds by himself? That, in itself, is enough to make me want to continue reading this and see what his solution will be. I love classic underdog stories, and to make Superman the underdog is no mean feat. 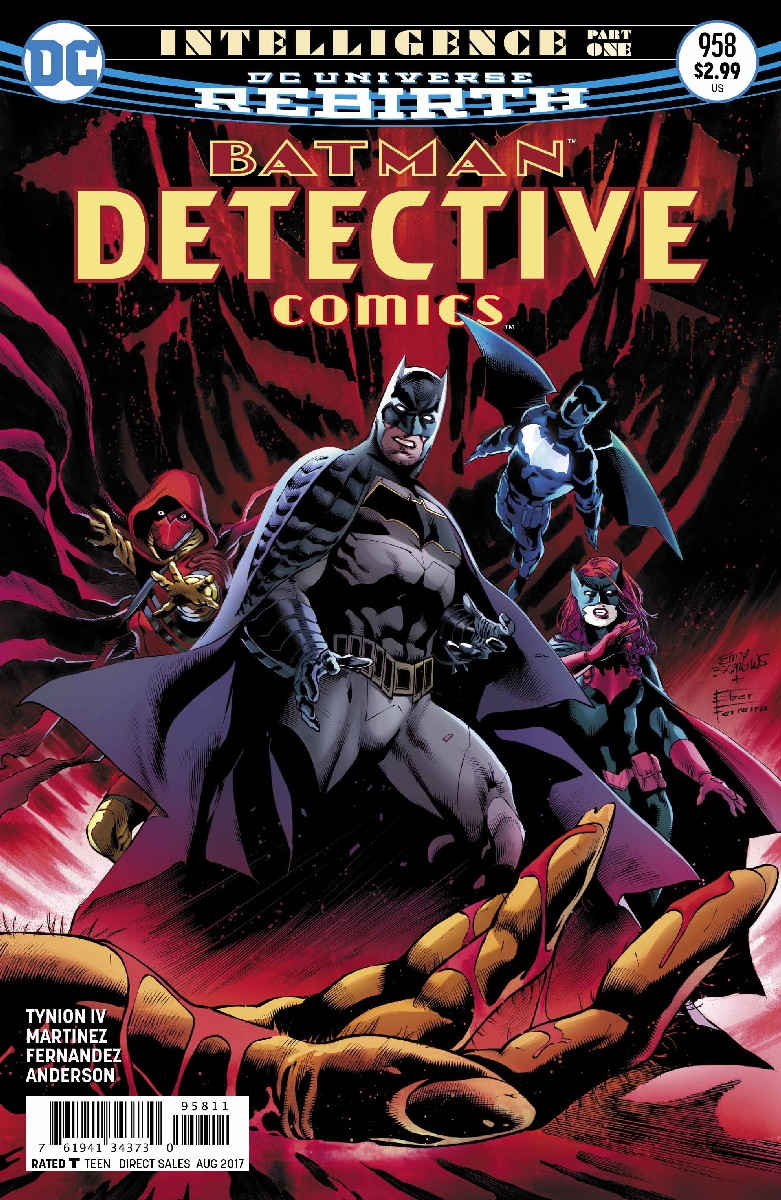 A new story arc, titled, “Intelligence”. Penciled by Alvaro Martinez and written by James Tynion IV, this was a real surprise to me. I’ve been fairly lukewarm towards Detective Comics in the last few months, preferring the regular Batman title. Maybe I have a limited attention span – I don’t know, but I do know that this new story really got my attention.

I enjoy stories with a quasi-religious angle for a reason that I’m not particularly clear on. Maybe it’s the sense of devoted fanaticism in the characters that propels a vigorous story, but I sense that sort of momentum in this book.

I also have to pay heed to the convocation of the various unexpected characters who show up in this story. While I’ve grown accustomed to the appearance of the different team characters, the other heroes are definitely unexpected and added to the enjoyment of the story. Like I said, this was a surprise and one that was worth discovering. 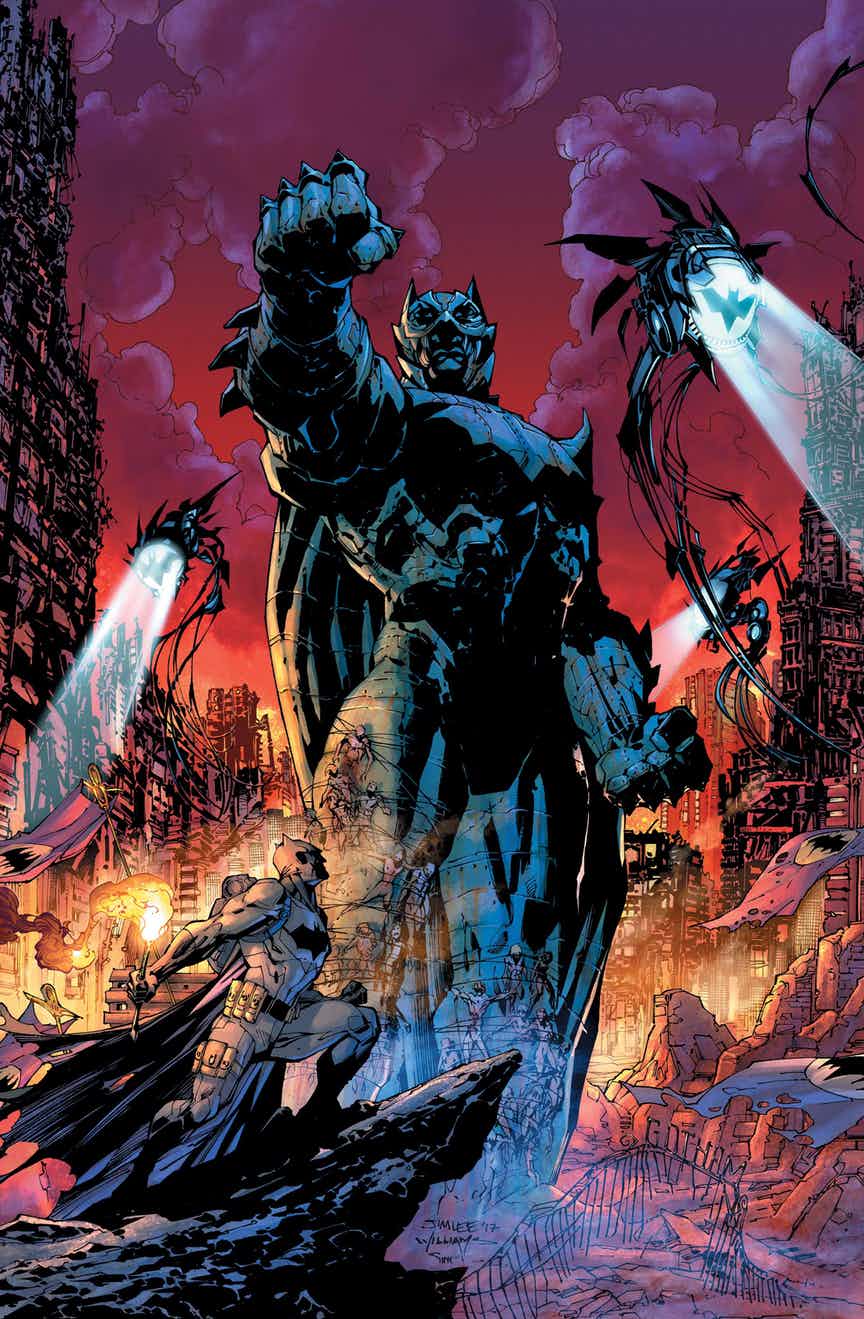 Exactly how big is the unknown at this point, but when you begin to read this book, there’s an immense gravitas that overwhelms you as you begin to uncover more and more of what promises to be an epic-proportioned story.

Scott Snyder and James Tynion IV share the scripting credit for this tale, while Jim Lee, Andy Kubert and John Romita, Jr. all co-pencil the art. Klaus Janson, Scott Williams and Danny Miki deliver the inks, which makes this a work of heavyweight talent that sees Batman uncovering a mystery that has implications for Thanagarian Nth Metal, the Guardians of the Galaxy, the Outsiders, and more. The web of connections that are illustrated in this book really stagger the imagination when a reader tries to speculate exactly what it is that Batman is trying to figure out. Of course, the surprise reveal at the end of this issue is a bit of a shocker, but do yourself a favour and pick it up.

Of course, it’s our Pick of the Week for this week’s review. This is the book that I need to lose myself in. It’s got enormous implications and I can’t help but be struck by a sense of wonderment as I contemplate what will happen next. It’s escapism in its truest form and with the range of talent that DC has going for it in this book, it’s a sure bet that they’ll come up with a story that is bound to captivate.

Bring on the summer reading – I’m ready to decompress.