I’m in report cards right now, so while I’m inundated with writing commentary about the success of the future, I’ve found time to read what’s new this week in the comic world, believe it or not.

I wish I was reading more Marvel. I just haven’t been getting copies to read, unfortunately.

However, like the youth of today, perhaps there is hope for tomorrow. Let’s get to the list.

After the events of the Babel Summit, we see Spock and Uhura return to New Vulcan to resume their new lives together, while Uhura adjusts to her new civilian surroundings and Spock looks for new ways to be of use to his remaining people.

This issue is a total “Spock & Uhura” issue that is set primarily within the context of their relationship, as introduced in the 2009 Kelvin Timeline film. While this is still somewhat awkward for a TOS fan like myself, I still cling to the notion of the “alternate timeline” as a way of rationalizing and enjoying this new iteration of Star Trek – and thank God, I do. After all, if I didn’t, then I wouldn’t be able to enjoy Mike Johnson’s and Ryan Parrott’s sdcript-work.

Of course, this story is made even more enjoyable by the return of Tony Shasteen to the pencilling duties of this book. His work is so lifelike and realistic that it’s a crime not to have him on this book.

What struck me the most about this story was how true it was to the original Trek. It had a real flavour of the 1960’s in that when Uhura is able to sense something that her Vulcan hosts can’t, it not only reaffirms her usefulness to them but also reaffirms the value that Humanity can offer out there in its place amongst the stars. It’s a throwback and completely what the new franchise needs to establish itself in a growing fanbase and justify it to die-hards like myself. 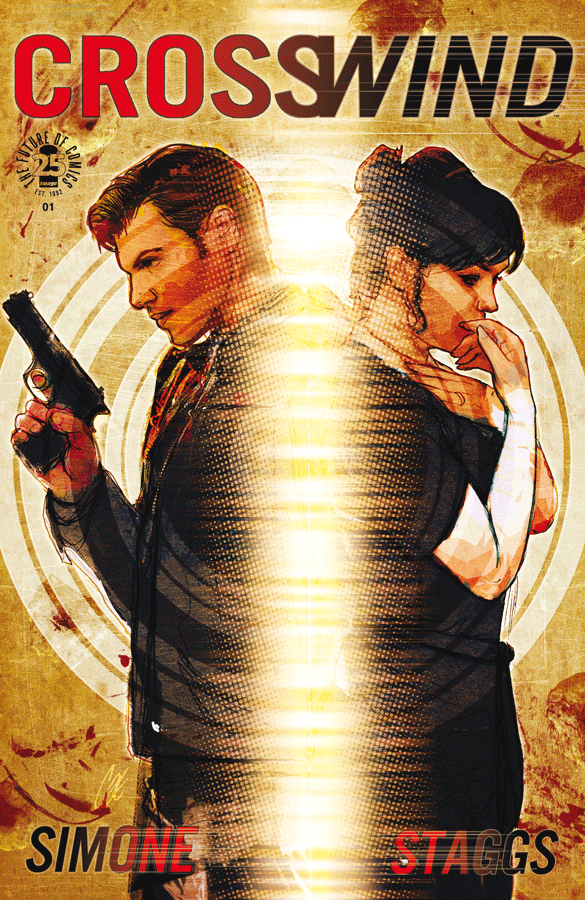 You know, with a combination of Staggs and Simone, can you go wrong?

Of course not. Stupid question. Forget I asked it in the first place.

The abrupt way in which we are forced to meet the principal characters in this story has definitely got to be its most striking feature. Of course, that’s mirrored by the way they meet each other.

If you have no lead-in introduction for this story, then you’re in for a real treat. To be taken completely by surprise by a book is truly a wondrous thing to happen when discovering new fiction. It’s actually quite rare and a mark of distinction.

Cat Staggs and Gail Simone have wanted to work with each other for a while and Image has given them the opportunity to do so. While at Cons, Gail and Cat managed to find some time to talk about Gail’s concept for this book and lo and behold, it’s finally here. While Simone has the ability to create jarring fiction, Staggs’ photo-realistic style of artistry just manages to drive the story home. It’s a great combination and it’s clear to see that the two have a great chemistry.

It would have been great to touch base with this dynamic duo on their working style at MegaCon, but alas, it was not meant to be.

Cason Bennett, a professional hitman and Suburban housewife, Juniper Blue are probably the most diametrically opposed characters you could meet; and to find themselves in their current situations is also the lest thing they – and the reader – would expect. The main focus for this issue is their background which allows the reader to gain a real sense of empathy for these characters. When we learn more about them, their lives change instantly and are immediately connected with each other – and this issue ends.

Of course, life turns on a dime and that unpredictability is what makes the story compelling. Of course, when we see what happens to these two characters, that’s when we see the real story take off … and we are now primed and ready for Issue #2. 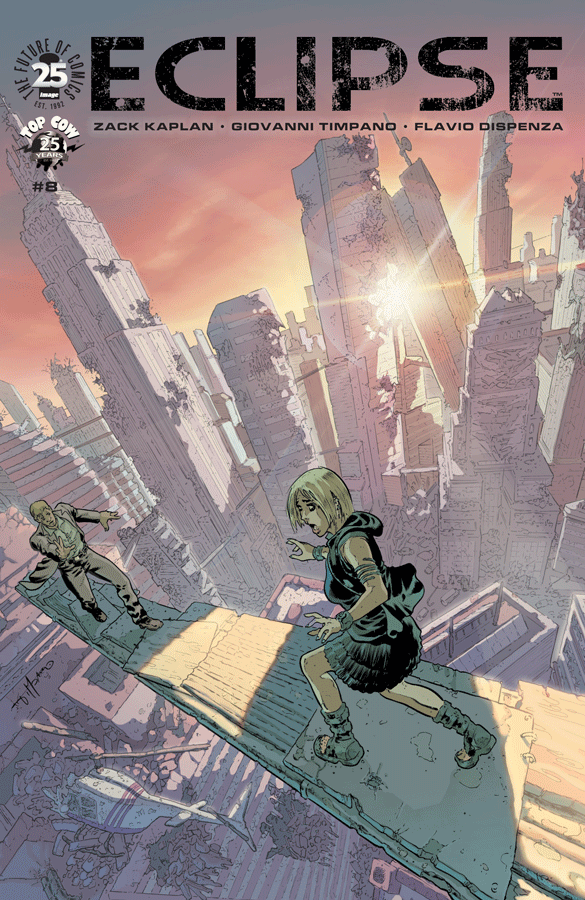 Zack Kaplan is a success story. He had a vision and turned it into a recurring story. I’m extremely pleased for him and his success and we also get to see Giovanni Timpano’s art in action. It’s an awesomely enjoyable combination.

Of course, the sinister side of the surviving city has taken real form in this issue and we see our hero, Bax, forced with a decision about which faction to support. It’s an issue that shows us that Kaplan and Timpano have got more for us in store than what we’ve read for the past seven issues and that this story has some real longevity to Kaplan’s vision. 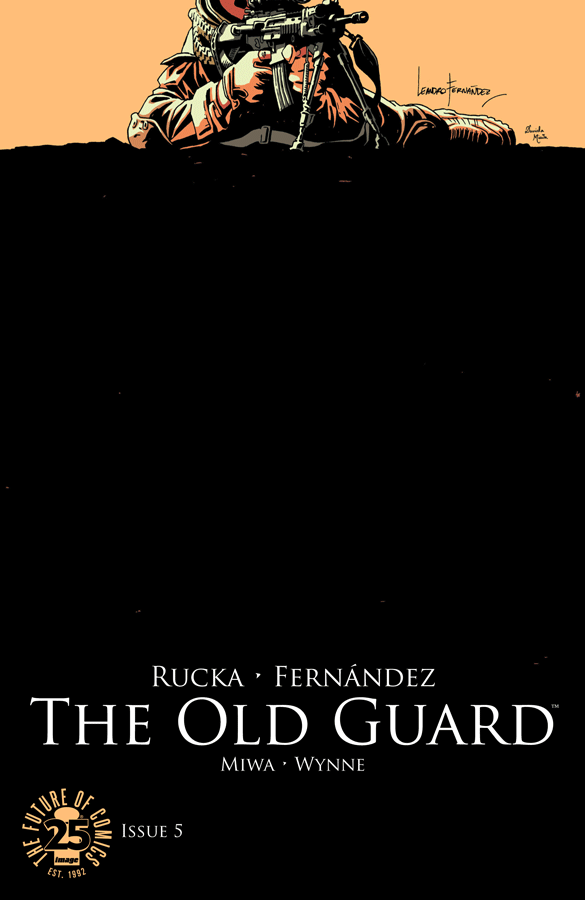 “Life means nothing unless it’s worth living.”

Greg Rucka described this series to me as “a lot of fun”. That’s an incredibly modest way of looking at an imaginative book that has so effectively captured the attention of a growing and loyal army of Rucka fans. When you speak with Greg, you are immediately taken by how down to earth he is but adamant in his assertions and observations.

That’s what this book is: an adamantly imaginative story that forces its way into a reader’s fancy on an astonishingly elegant premise of immortal soldiers who teach us the value of life.

But to me, that’s Rucka. He has this way of taking an incredibly simple idea and blowing it up into proportions that are literally larger than life. We’ve seen this in his other works but there’s a particular care and precision to his character building that intensifies the realism of the story regardless of its scope. Still, he also dismisses his work with a nonchalance that belies his talent. Don’t get me wrong: it’s not that he doesn’t enjoy talking about his work, but he’s also very matter-of-fact about explaining it. He’s a writer who has a natural craftsmanship about him.

The Old Guard is not just a simple premise: it’s a great story that grows at an organic, yet accelerated rate that it takes on a life of its own. When we meet Andy and her crew, we see a group of people in abnormal and unexplainable circumstances and while we simply accept their incredible situation, at the same time, one can’t help but marvel at the way that Rucka makes it easily relatable. 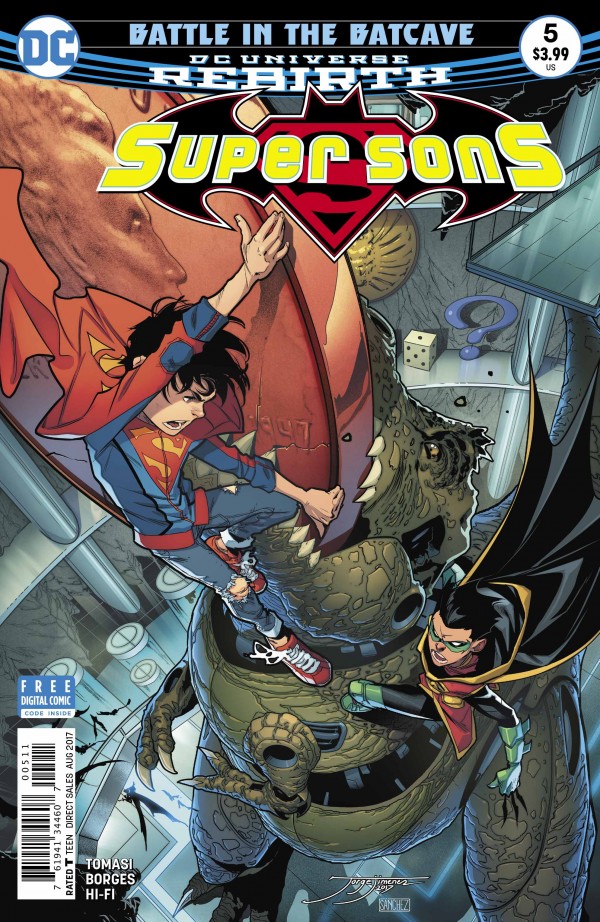 I just adore this series. Not only is it a charming book for kids, but also doesn’t talk down to them.

Peter J. Tomasi has certainly brought me to an age when I first discovered comics and wanted so desperately to have my own super-powers that I would love to read about a kid my own age who had them. When you see that the kids of focus in this book are the sons of the World’s Finest, well, that’s like a cherry on top of the fantasy sundae.

The fact that these two super-sons can find the time to actively annoy each other yet still subconsciously recognize that they also are the only ones who can truly relate to each other is nothing short of juvenile brilliance. It’s the way all of us would have liked to have grown up: with something that annoys us, but we grow to understand its value and use to us in our older years. It’s growing up, but with super powers and it’s lovely.

I have to say that there were some frames of Alisson Borges’ art that seemed out of sorts for me, for the most part it was enjoyable.

This is a series I’d love to recommend to my own kids and it’s noteworthy to mention that DC has found a successful book that appeals to both young and older generations of readers. 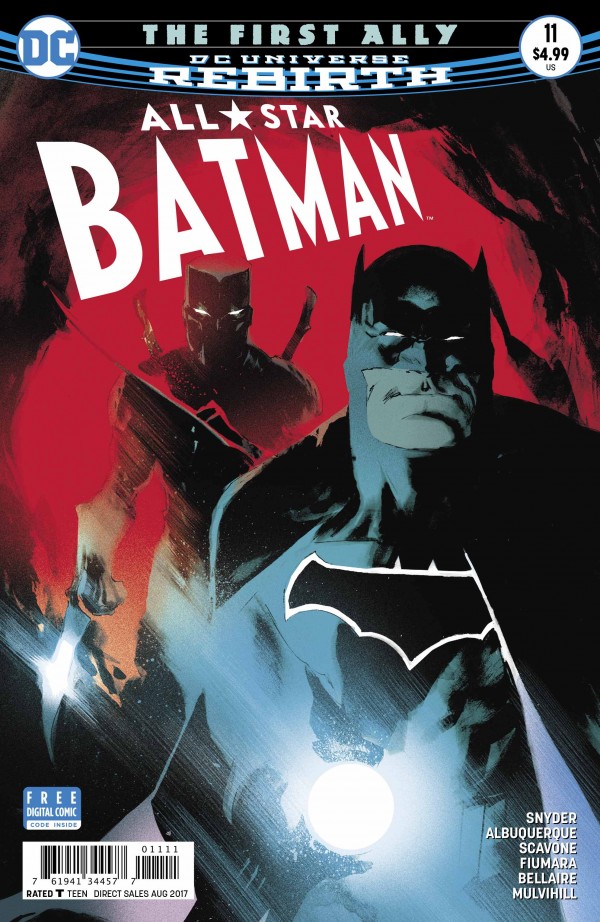 While Scott Snyder’s scripting is exquisite as it delves into a secret history of Alfred that readers were not privy to, I have to say that I really couldn’t appreciate Rafael Albuquerque’s treatment of the art. It was reminiscent of Howard Chaykin’s art yet had an ephemeral, amorphous quality to it that defied solidity.

Now I’m a guy who appreciates straight lines in my art; I like to see the definite shapes and don’t want to miss out on anything that could be clouded by shadow or shading. This just seemed to me to be one of those books.

Snyder has Batman down-pat, and exploring Alfred’s past was definitely a fun read. It gave the reader a sense of not just the loyalty of the Pennyworth family but also of Alfred’s own fidelity. When we also learn that one of Alfred’s past figures plays out in this story, it definitely attracts the reader’s curiousity. Also, having Batman rescued by some of his mortal enemies in this story was a delight jape that I’m sure Snyder enjoyed throwing into the mix. 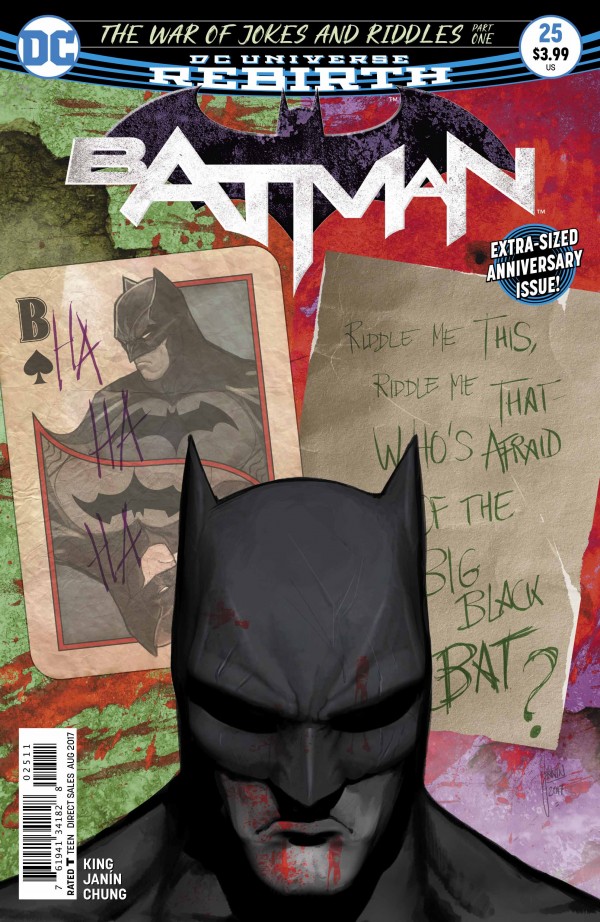 “The War of Jokes and Riddles, Part One” begins!

I’ve been especially curious to see where Tom King was going to take us in this arc. King has certainly proved his mettle when it comes to the Dark Knight but I’ve always sensed that he was holding back. I’ve been looking forward to this book; not just out of a sense of fandom but from a real curiosity to see what he could do with the pedal pushed to the floor. When you bring in both the Riddler and the Joker, you know that this is going to be one of those issues.

And this is it.

With a beautiful set-up that didn’t even look like a set-up, King lures us in and completely envelopes us in the intimidating cloak of fear that both the Riddler and the joker can inspire and he takes it to a new level. You have to read how the Riddler escapes from prison with nothing but information and knowledge as his only weapons. The Joker, in his desire to simply find a new way to laugh, is now rendered more dangerous than the Batman can imagine.

This is not a story about the hero of the book, but rather the manifestation of that which he fears. This entire book is a set-up that ties us nicely into the recent events of King’s run on this series and completely lures the reader in.

This is, quite frankly, the best crafted story this week. That’s why it’s our Pick of the Week for this week’s collection of reviews and it is well-deserved.

King knows fear. While I generally know how King knows fear, I don’t know the specifics. But I also know he’s a family man and one can only know a sense of loss when one has important things in his life to lose – and that is fuel for this writer’s fire. There is a true sense of the visceral in King’s writing that stems from his background but also from an imagination that not only knows extremes but how to harness and craft them.

It’s simply a breath-taking read and I defy anyone to say otherwise about it.