End of school is looming. Now for me, that heralds my productive writing season. Yeah – I have the luxury of being able to devote a good two months to my geek culture coverage and sure enough, San Diego Comic Con is looming.

… And this is the year that I get to go.

I’m looking forward to it. Not only do I get to take in the sights, but I also get to conduct a number of meet-and-greets as well as a few interviews that will enhance my insider knowledge and allow me to satisfy my inner-geek. This time, next month, people.

More on this as the interview list solidifies; for now, let’s get to the comic list this week. 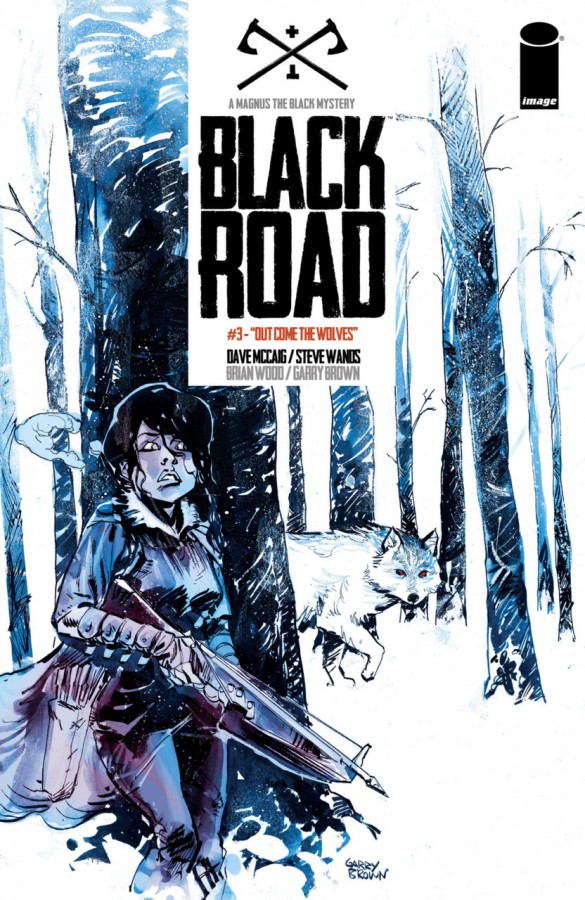 Garry Brown and Brian Wood are the co-creators of this book. This month’s issue is sub-titled “Out Come the Wolves”, and continues the arc that sees another stage of Magnus the Black and his charge Julia travelling North on the Black Road. The quest motif is an extremely workable one and makes this a very strong comic. This was a pretty simple issue – very little dialogue and minimal in character background. Pretty straightforward – essentially a filler issue. I still enjoy this book very much – just not very much happened in it this week. Oh well – more to come. 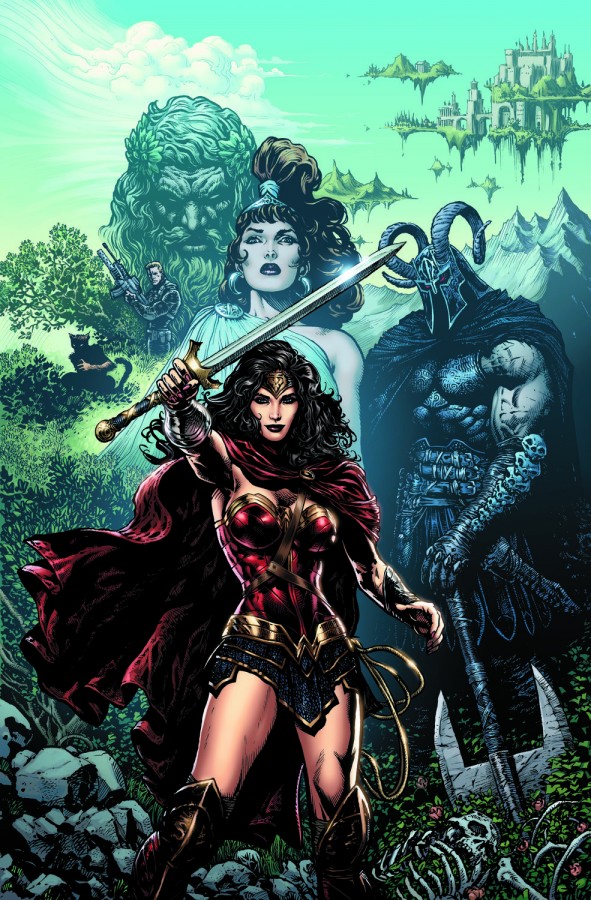 Okay, sharp by nature, Sharp by name – Liam Sharp’s incredible pencilling of this book really makes Wonder Woman stand out in this week’s collection of Rebirth titles. It’s a really good redefinition of Wonder Woman the adventuress as opposed to Wonder Woman, the Super-Hero. Her costume has gradually been morphing into armour and tackle associated with a sword-sling warrior woman over the past ten years, but I think Sharp has really captured and delivered it into its final form.

I love how Rucka is also redefining Wonder Woman’s place in the world by manifesting her military connections. Etta Candy, Steve Trevor are both military left-overs from her early days and Rucka has managed to place them well in this new redefinition of the DC character.

But this is one of Rucka’s strengths; he knows how to portray strong female military figures in comics as well as having a good command of military procedure and protocols. There’s enough in here to hint at not just military subterfuge but also mythological intrigue as well. I haven’t enjoyed Wonder Woman as much since the days of George Perez. Simply put – this is awesome stuff. 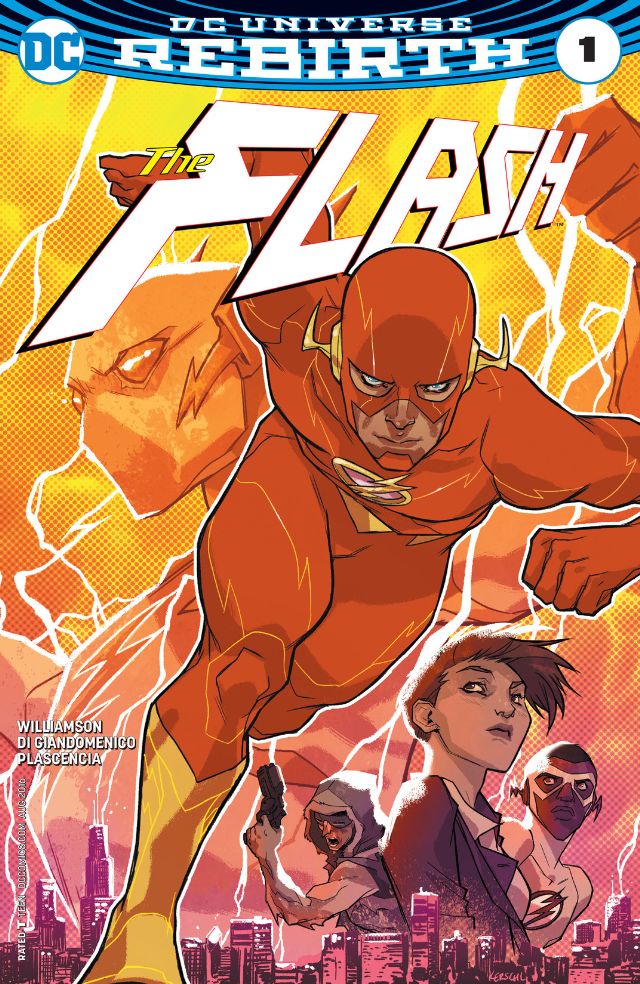 Not as much impressed with this one. Not that there’s anything wrong with it – but it’s just going in a direction that I don’t quite understand why. After all, why do we need more super-speedsters? With a story arc titled “Lightning Strikes Twice – Part One) that kind of gives it away.

I do appreciate how the writer, Joshua Williamson is manifesting the two versions of Wally West as two separate characters – that’s a kindness for fans of the TV show as well as long-time Kid Flash fans who don’t get to lose either one of these two characters. Rebirth comes with its own challenges to writers who have to merge the historical DC Universe into this new one that also has to somehow jibe with the success of DC’s television properties – of which The Flash is definitely a leader.

Not a bad book – just not my cup of tea. 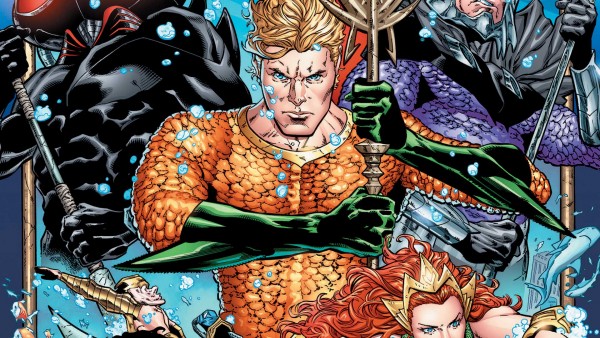 I like the diplomatic overtones in this book. It’s great to see the focus on Aquaman the statesman instead of Aquaman the superhero. It’s a more elevated story notion and it definitely gets my approval.

I’ve always maintained that Aquaman is more than just a superhero story – it should be bigger and it’s good to see that Dan Abnett is widening the scope of this character and using the fact that he is a king with international and political responsibilities. It’s enough on his plate to simply govern his nation – and that should be enough story material for any writer.

But he still has enemies and Abnett has included the political dimension to encompass antagonistic motivation as well. With the addition of new supporting characters, I have to say that I was very pleasantly surprised with this initial issue. It was an awesomely entertaining book and Brad Walker’s art is exactly what was needed. 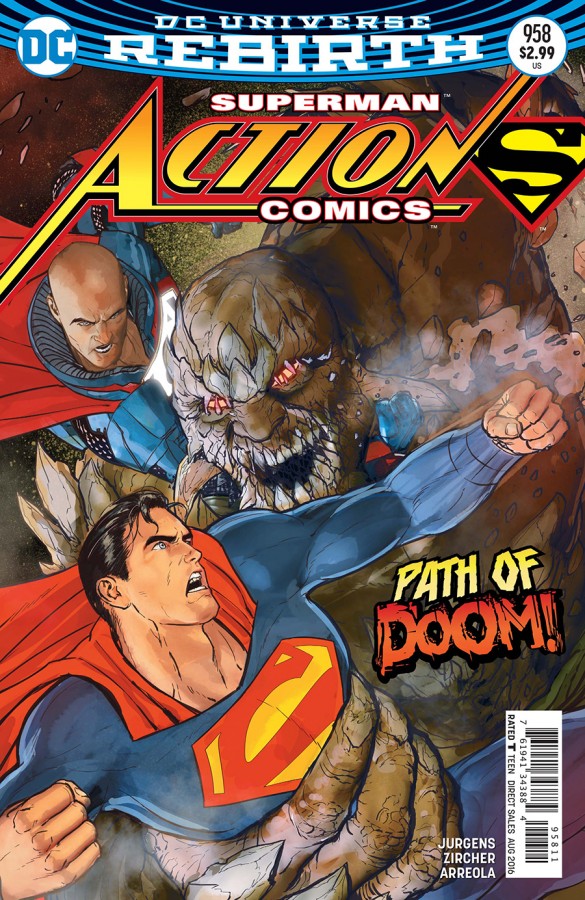 The mystery of the multiple Supermen is slowly developing. Note I said slowly. This book openly acknowledges the mystery and the reader is beginning to get the idea that there is a plan behind this and not some improvised sort of storyline designed to buy the writers time to figure out how to meld all the multiple universes’ Supermen into one cohesive representation of the character. Still, even though there is another mystery character on the scene and Superman has to deal with both Doomsday and Lex Luthor, we are still nowhere near to actually understanding where this book is going.

If there’s going to a be big reveal, then after all this build-up, all I’m saying is that it had better be worth it. This book is potentially either the weakest link or will be the one that stands out from the rest. It’s a gamble and I hope it pays off for Dan Jurgens and Patrick Zirchner. 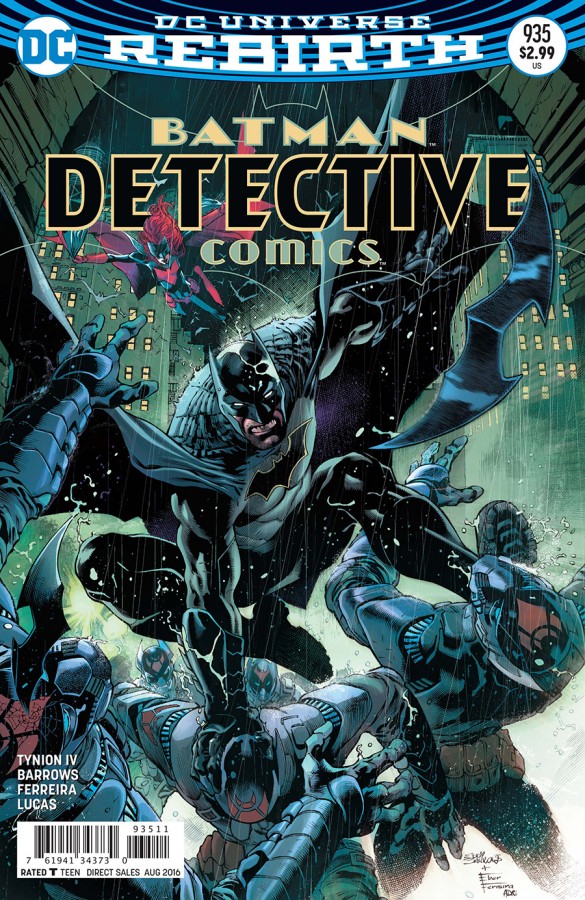 James Tynion IV and Eddy Barrows have us start this one right in the middle of a massive fight. That’s a great place to start but with the new fledgling members of the “Bat-Family” doubting themselves, it’s also a great place for a Rebirth book to begin. After all, we want to see the mettle of these comics tested as well so there’s a nice parallel between this story and the entire new line of Rebirth titles.

However, there is this nagging doubt tearing at the corner of my mind. Tynion’s Batman has graduated to less of a loner and more of a team leader. Is this representative of our time in that no man is an island and that we are all connected, or is this a realistic 21st century presentation of Batman the mortal and a reminder that he is no longer the legend he used to be? I mean, Batman’s schtick was fear. It was a deeply penetrating fear that was meant to prey upon the superstitious nature of criminals. Now Batman is about history, procedure and strategy and while these things are formidable, they aren’t what criminals fear. 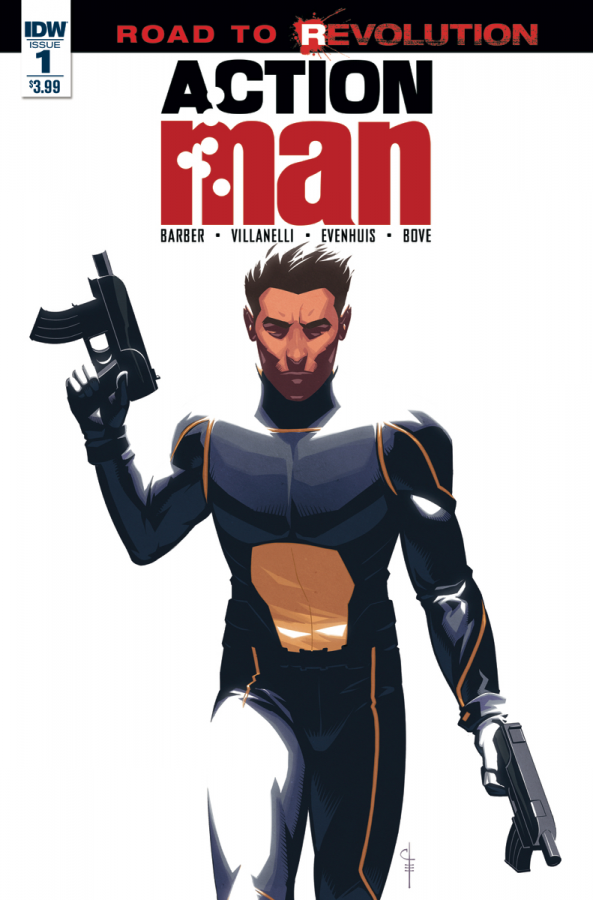 Now this is a real blast from my past. Growing up in 1970’s Scotland, I had three Action Man action figures (my Military Policeman Uncle George used to call it a doll) along with a Scorpion Tank, Jeep, various WW2 uniforms for them and a bunch of different playsets.

The loss of my Scorpion Tank as I immigrated to Canada from Scotland remains one of my most painful childhood memories. I have not yet let my father off the hook for that one. Long story. I’ll make sure he reads this article – just to keep the memory going. That’s what Scottish people do, you see.

It’s a real surprise to see Action Man in the 21st century. I know it’s still a very popular toy in Britain but to me, the memories of my childhood instantly come to mind when I read this book.

Not a bad book. The introduction presents Action Man as the epitome of the English Super-Spy – with an apprentice. It’s very British and a damn decent introduction to this iconic toy character that has entertained thousands of kids in the United Kingdom.

Kudos to IDW – they take these exotic and unexpected properties and turn them into workable comic stories. This one is written by John Barber and drawn by Paolo Villanelli but I’d love to know the motivation behind this project. What’s the draw for them? In any event, I have to say that this appealed to not only the British ex-pat but also the child in me. I enjoyed it a lot and am looking forward to seeing the dynamics in the subsequent issues develop further.

The Pick of the Week: Wonder Woman #1

This week, the honour goes to Greg Rucka and Liam Sharp for their amazing rebirth of everyone’s favourite Amazon princess in Wonder Woman #1.

I think this has to be one of the best re-inventions of a character that I’ve ever seen. Subtle yet defined, this is a character who fits the 21st century as well as giving proper respect to the tradition and history behind her. Wonder Woman is not just a super hero – she’s a true adventuress who has her own agenda to follow and needs to discover her identity. While on a meta-level, the reader knows that DC has to present a story that justifies the changes to the character via the publishing event, Greg Rucka manages to effectively create a story that allows the reader to forget all that. He delves into the rich history of the comic character and skillfully brings forth Silver Age elements and modernizes them. This way he respects the history, gives it credence and then fits her into this new world.

It works for me and I haven’t picked up a Wonder Woman comic since the 1980’s.

That’s a wrap for this week. Great job to DC Comics – this is a universe reset that I can really get behind. For the last month they’ve been knocking it out of the park. Their Rebirth issues have seen reprinting and now their Rebirth #1 issues are also going into a second printing. It’s clear it’s having a definite success.

So with that, I guess I’m looking forward to the Wonder Woman cosplayers at SDCC.