Hope keeps us going, but it’s a double-edged sword. While the promise of success is a tantalizing reason, it’s also frustrating because what we want, still isn’t guaranteed.

I guess that’s a ‘glass-is-half-empty” approach but that’s what I’m working with this week as we go through the list of comic offerings for this time around! Let’s get to the list! 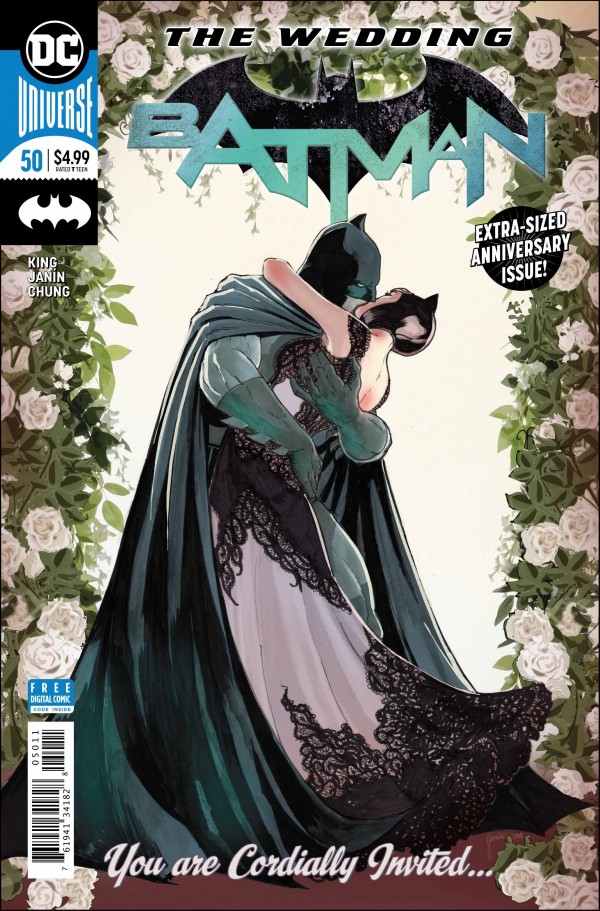 Apparently, the wedding of the century was spoiled for loyal fans by some hopeless halfwit who really wasn’t thinking about others. A friend of mine once said that we are doomed as a species.

Still, Tom King and Mikel Janin do not fail to disappoint us in this 50th, Anniversary-sized issue punctuated by the great Batman artists like Neal Adams, Greg Capullo, Frank Miller and David Finch, among others too many to list. It’s a clever story structure, with a heavy emphasis on expositional text and glorious art.

Unlike the malodorous miscreant who ruined this story for a number of folks, I’m very hesitant to give any of the story details away. However, what I will say is that King really concocted a story that truly came out of nowhere. In no shape or form did ever expect that ending.

What I will also say is that this book is certainly a treasure and gives me hope for the future of comics as an eternal medium. 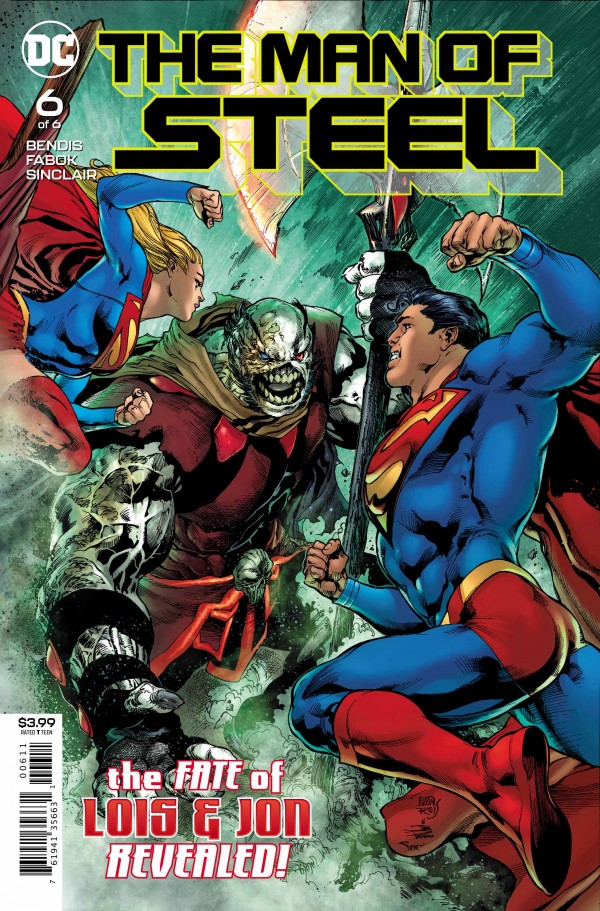 I know I’ve not been too impressed with Mr. Bendis’s foray into Superman of late, but this issue was more entertaining than the last ones have been.

Bendis really dives deeply into the inner workings of Superman’s relationship with his family. While families can be a source of enjoyable storylines, I just think Bendis makes it the focus of his stories. Granted, it’s not a new concept and not one that we should blame on Bendis, but there’s such a “soap opera” overtone to this book that verges on being taken too seriously.

Jason Fabok’s art is, of course, absolutely stunning though. His rendition of DC’s flagship character is truly magnificent. Love his work – completely.

Still, I’ve never seen Superman as a soap-opera drama, but maybe if I stick with it, Bendis will change my mind. 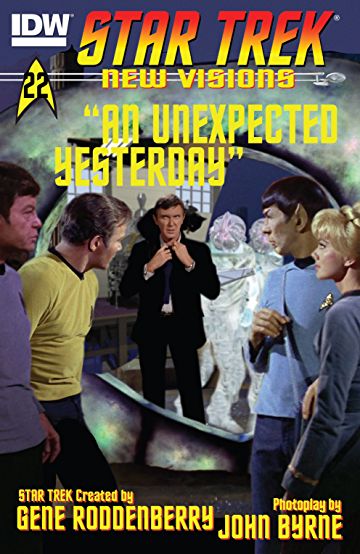 John Byrne dashed one of my hopes with this issue. It was thought that he was going to make it to Issue #24, but there were things happening behind the curtain at IDW Publishing and lo and behold, we are at the final issue of this groundbreaking and unique project, and like Jean-Luc Picard said, all good things …

There was no sense of this being Byrne’s last issue. No pomp; no circumstances and, in fact, it was very much in keeping with the spirit of the previous issues. These are the continuing voyages of the USS Enterprise, I suppose, so it wouldn’t do well for Byrne to make this issue stand out any more differently than the ones prior to it, right?

Wrong. This was a premature ending to this series. There really wasn’t much of a lead-up to it, aside from Byrne’s mentions on his forum. IDW didn’t tout this this as the end of an amazing series, which leads me to the conclusion that IDW’s support of this book was really former editor, Chris Ryall, who happened to leave IDW a few months prior to the end of this series.

However, aside from all that, the return of Gary Seven, the Guardian of Forever (with a nice acknowledgement to the recently departed Harlan Ellison, the creator of the Guardian) and a reappearance from Anthropology & Archaeology officer, Lt. Carolyn Palamas makes “An Unexpected Yesterday” just another fine example of Byrne’s storytelling talent.

I wish I could say I enjoyed it more than the others, seeing as it is the last issue of what has become one of my favourite “go-to” books, but I didn’t enjoy it any less. It felt somewhat rushed, however. Still, as far as it goes, I’m sorry to see this book end. I just wish it could have gone out with a bit more of a bang. 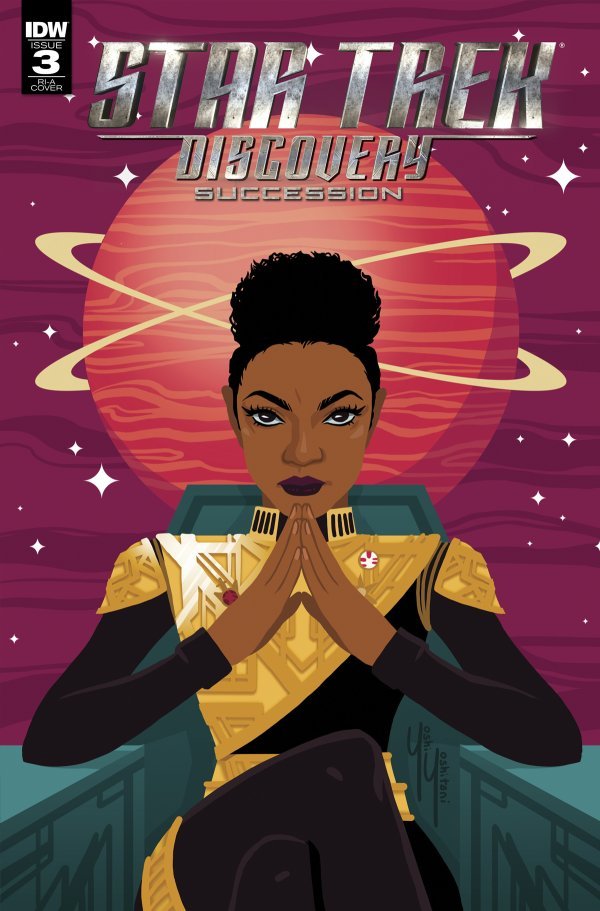 This is one of the variant covers for this book.

I am really starting to get into this title. With the Empress gone, the Michael Burnham in this universe has no ties or motivations, save that of her own ascension and she will use the rebels to her purposes to achieve that end. In this universe, she’s a lot freer to act and that gives writers Mike Johnson and Kirsten Beyer a lot of latitude to explore both this universe and Burnham’s character in this reality.

I also liked seeing the development of now Captain Ariam’s character. Not only does she offer possibilities of being an ally and an agent of her own agenda, she is also a species that we don’t know much about. Hearing even a fraction of her history is fascinating and I’d love to see more of her integrated into the television show. She’s probably the most interesting support character on the show.

As I said in previous reviews of this book, the fact that the comic is considered canon means that we are now able to explore more of the background of Discovery and see what the Writers’ Room’s vision truly is. This is a different Star Trek, regardless of how CBS wants to spin it and the fact is that fans will just have to get used to it. Reading more about it will allow fans to grow more familiar with the show and appreciate it more. 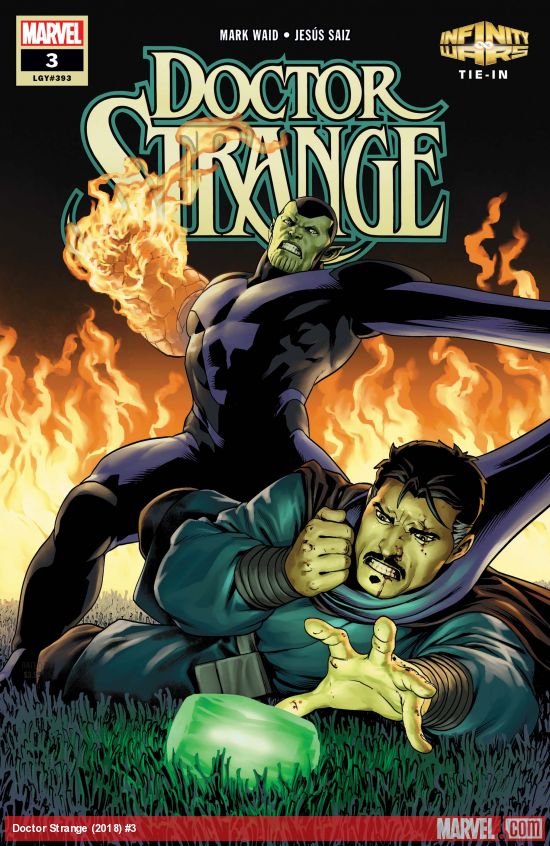 There’s a lot of hope in Mark Waid’s approach to Stephen Strange. The shortage of magic in the world has now severely crippled the ability of the Sorceror Supreme, so he has taken to the cosmos to find alternate sources of magical power and it’s a tale on the Edgar Rice Burroughs’ scale, if you ask me, for its sheer imaginative brilliance.

It also allows Dr. Strange to surpass his previous Earthly constraints or magical dimensions. Waid has managed to expand the definition of magic and envisioned an overall goal in restoring the Earth’s magical essence. I have to say that I’m quite enjoying this series so far but I am aware that whenever the scale of something expanded, it can also be difficult for a writer to surpass enhanced levels of power.

Yeah, a bit sobering, I know. But like I said, hope can be a double-edged blade. 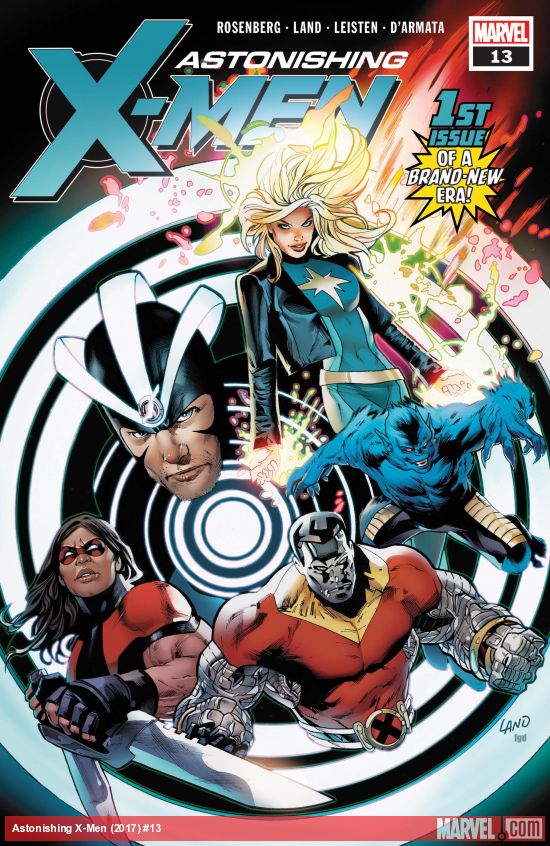 Poor Havok; hasn’t had an easy road of it as of late. Mind-controlled, a wanted villain and can’t even find acceptance at Xavier’s. It seems like he hasn’t a hope in Hell of redemption.

To be honest, this was a bit of a dangling story. I love to see the old chemistry between favourite characters but Havok was never much of a first choice of a central character for a story, if you ask me. However, X-Men expert, Matthew Rosenberg thinks differently, as we are introduced to part one of the story arc titled “Until Our Hearts Stop”.

But if there is a thing that I do know: Greg Land knows how to draw the X-Men. Damn that man’s art is sweet to look at.

Still, there was something that did manage to tweak my interest: the history. Rosenberg is an expert on X-Men History. His stories reflect that knowledge an instead of creating new threats for the team to deal with, he delves back into the franchise’s history and pulls out a villain from their past. It makes for greater continuity and demonstrates a respect for the franchise that a lot of previous writers didn’t show.

Rosenberg is my hope for the X-Men to once more regain their premiere sense of status in comics-dom. 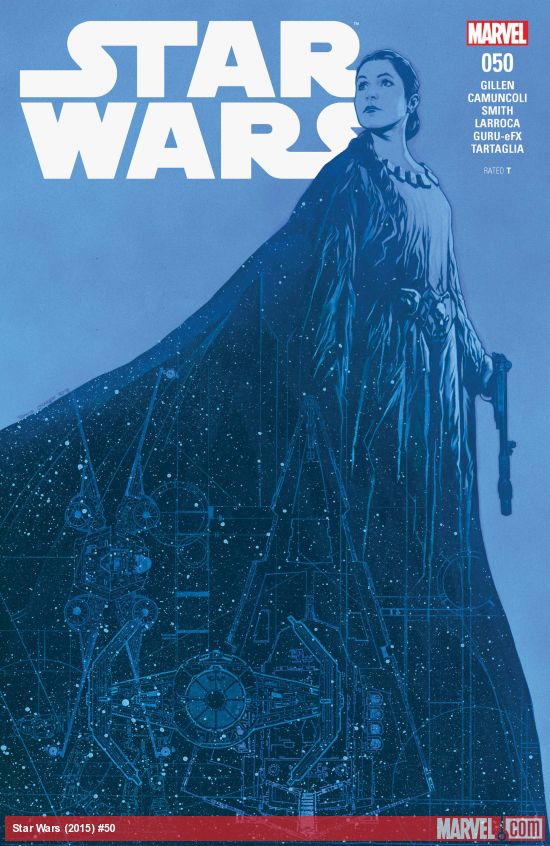 If you’re going to talk hope, then look no further than the expanded storyline set in between Episodes IV and V of Star Wars, namely “A New Hope” and “The Empire Strikes Back”. Issue #50 is a landmark one for writer Keiron Gillen and artist Salvador Larroca as they have so deftly expanded the stories in between these two episodes of the most famous space fantasy of them all.

However, it’s the way that Gillen so clearly understands these characters that shines in this story as we see the fragility of Leia’s optimism and hope easily targeted by callous betrayal.

In Issue #49 we were made aware of Queen Trios’s duplicity as Darth Vader and his Fleet approached the fledgling Rebel Fleet made up of the Mon Calamar Merchant Navy capital ships. It’s been a glorious arc as Gillen and Larrocca weave a mesmerizing tapestry of what the rebels do best: struggle.

Issue #50 is an excellent climatic issue and is the pick of the week for this week’s list of books. The plans of both the Rebellion and the Empire are fully revealed and the Fleets stand poised against each other.

This has been one of the best Star Wars comics I’ve ever read – and I hope you read it too! Happy 4th of July to my American readers, by the way. Until next week!